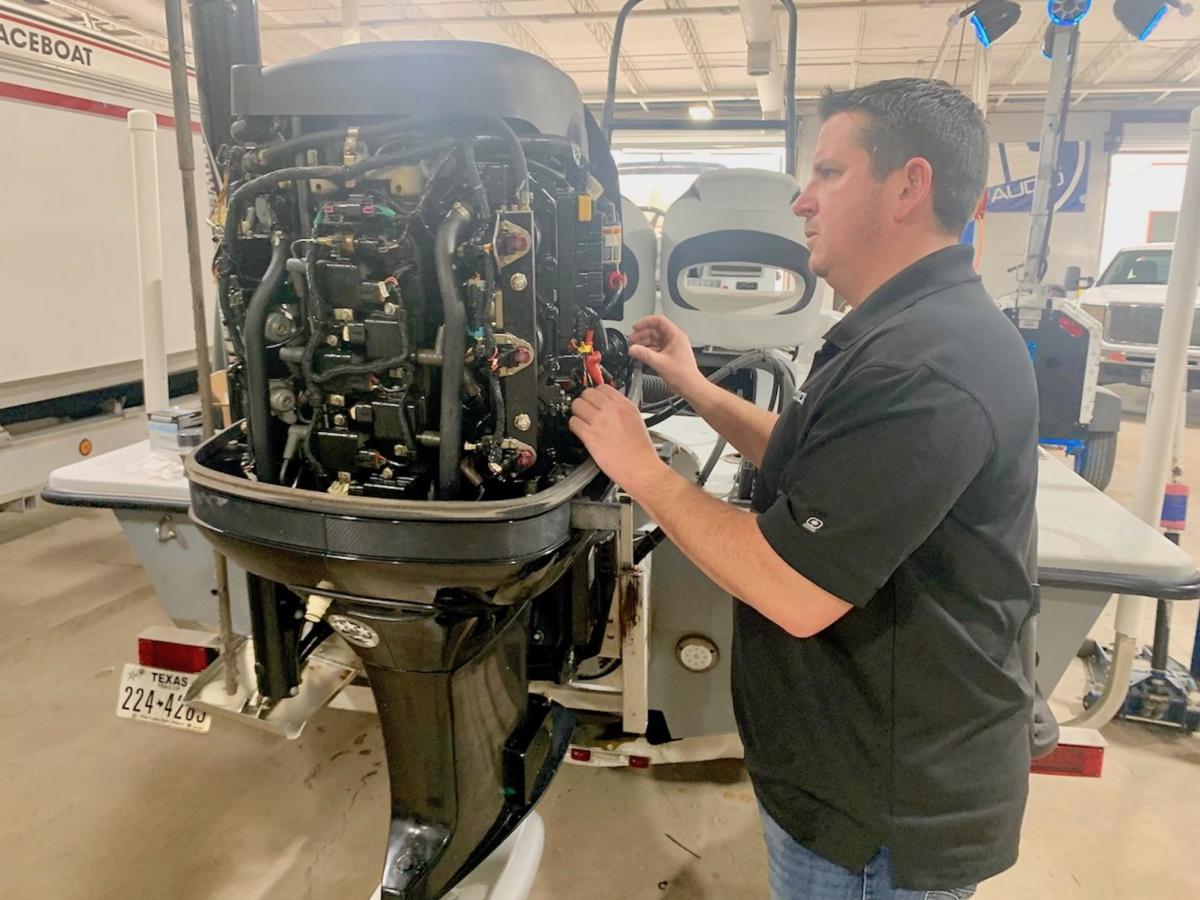 Liquid Rides owner Kevin Henry examines a boat engineMonday at his business in Brazoria. He hopes his new product, the portable speaker known as a Boomstick, will double his business’ revenue. 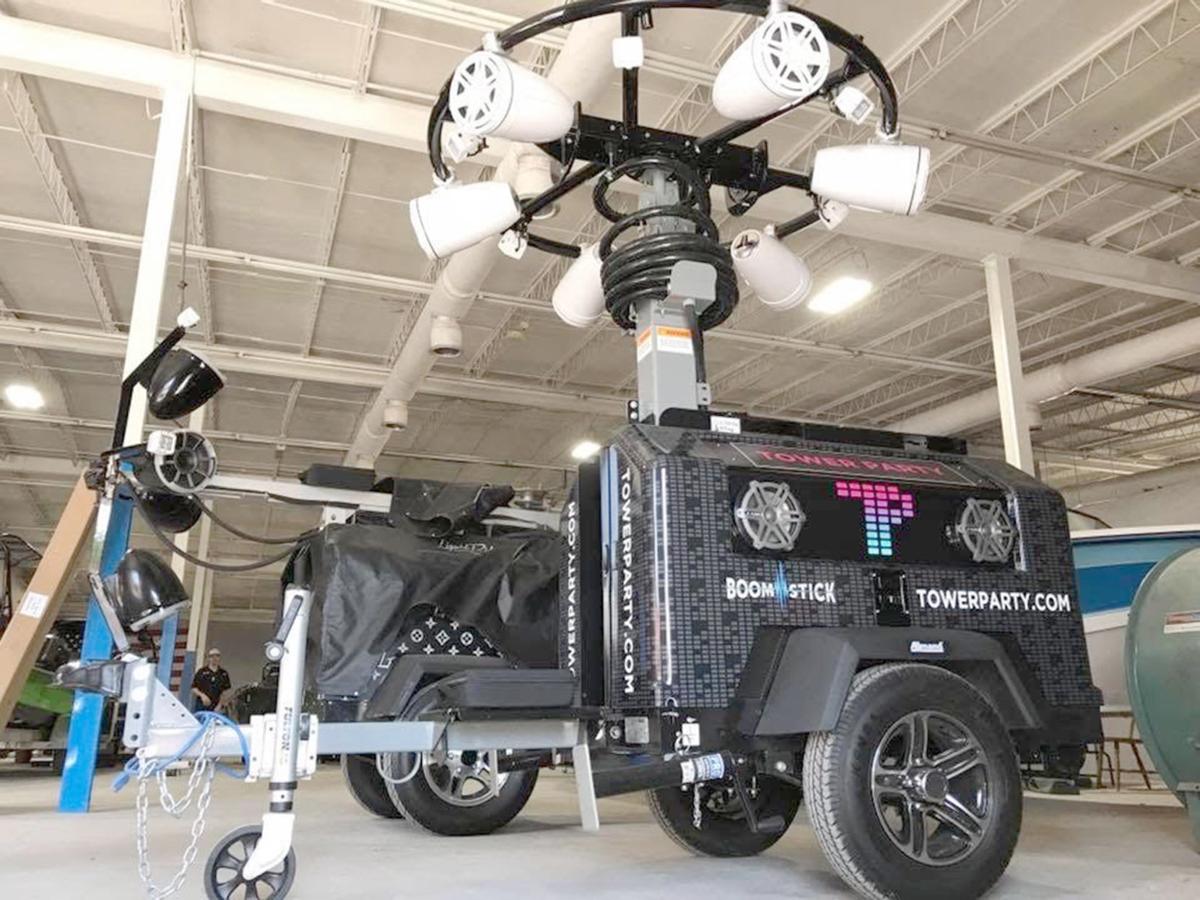 Kevin Henry created and patented the Boomstick’s technology by replacing a light plant’s lights with speakers. 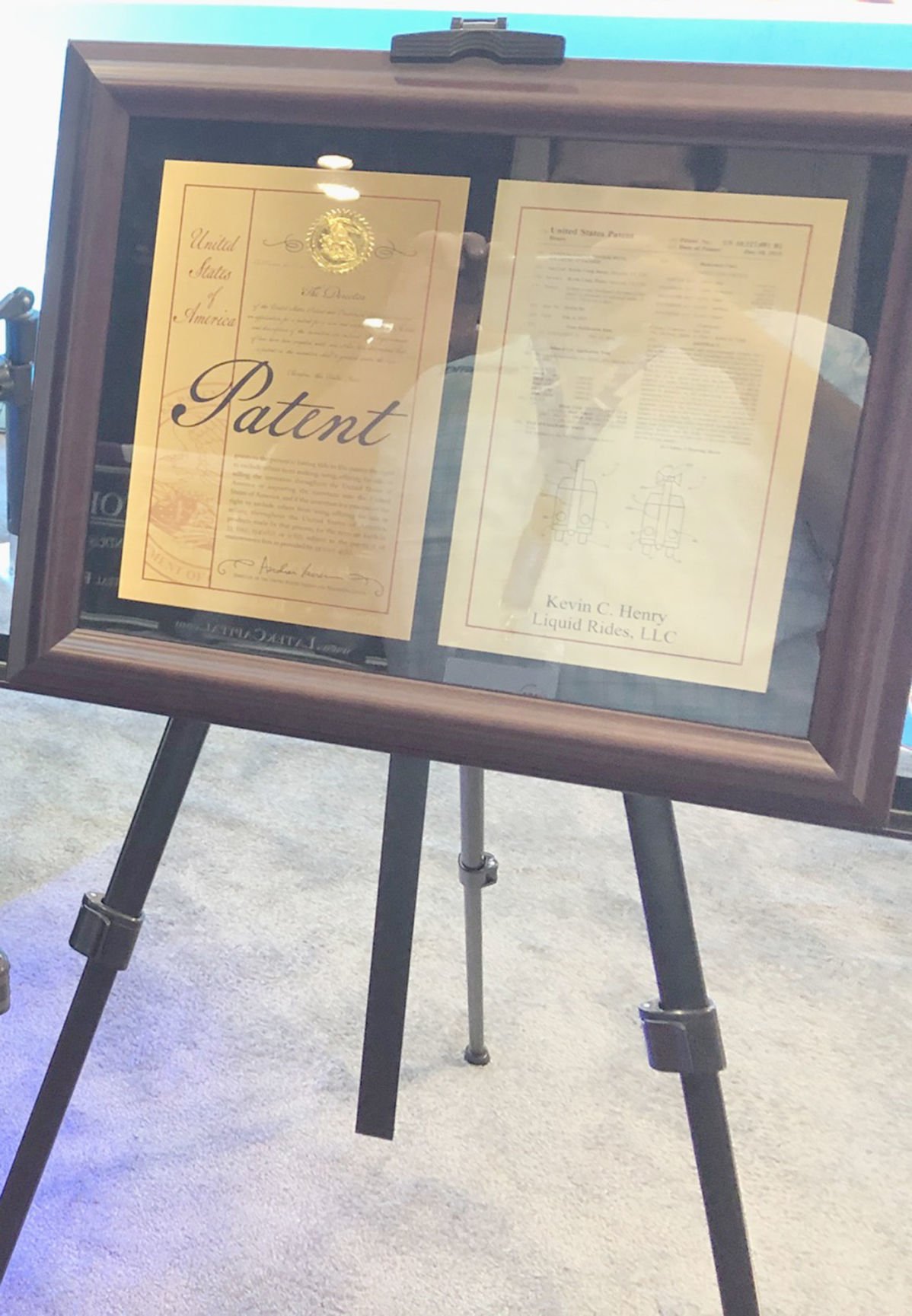 Kevin Henry displays the patent for his Boomstick, a mobile speaker and PA system.

Liquid Rides owner Kevin Henry examines a boat engineMonday at his business in Brazoria. He hopes his new product, the portable speaker known as a Boomstick, will double his business’ revenue.

Kevin Henry created and patented the Boomstick’s technology by replacing a light plant’s lights with speakers.

Kevin Henry displays the patent for his Boomstick, a mobile speaker and PA system.

Kevin Henry brings the distinct sound of bumping music everywhere he goes, on land or water.

Henry and his wife, Lucinda, own Liquid Rides, a full-service marine center in Brazoria. But after Henry created and patented a portable speaker called the Boomstick, he expects his business to boom along with it.

“It started in a garage at my house,” Henry said.

Originally from Clute, Henry moved to be along the San Bernard River in Brazoria in 2012.

The business services engines, works on stereos, lighting and upholstery and details boats.

Before opening the store, Henry had a career that helped inspire his invention of the Boomstick.

He worked for Chevron Phillips for 15 years, making him very familiar with light plants. Light plants are mobile light towers on wheels that can be towed like a trailer, often seen alongside contractors working in the dark.

Henry had the idea to take out the engine, generator and lights of a light plant base and replace them with speakers. In 2016, he built the prototype of what is now branded the Boomstick.

Three years later, in 2019, Henry was granted a patent that confirms his technology is original and nobody else can sell it. Specifically, it patents the mobile use of stereo and public address system, Henry said.

While he has plenty of space to work on the Boomsticks at Liquid Rides, they are not for use on boats. They would just be too heavy to float, he said.

The Boomsticks do use marine equipment for speakers, Henry said.

The marketing took off after JL Audio, a marine, mobile and home audio product manufacturer that Liquid Rides works closely with, wanted its own Boomstick, Manager Jackson Yarbrough said.

JL Audio took it all over the country to trade shows, which built interest in the product, Yarbrough said.

That is what got the Boomstick some recognition, Henry said. Last week, he attended the American Rental Association show in Orlando, Florida, and sold multiple units.

“It was a huge success,” Henry said.

He can build a Boomstick in a week or two and plans to hire new employees to keep up with the expected demand, he said.

“This should easily double our revenue,” Henry said.

In the back of the Liquid Rides shop, the original prototype bumps music all day every day, Yarbrough said. When he began working for Henry three years ago, he said he had never seen anything like it.

He has always been interested in working with audio and hopes the Boomstick takes off.exclusively do that, he said.

Maddy McCarty is the assistant managing editor for The Facts. Contact her at 979-237-0151.