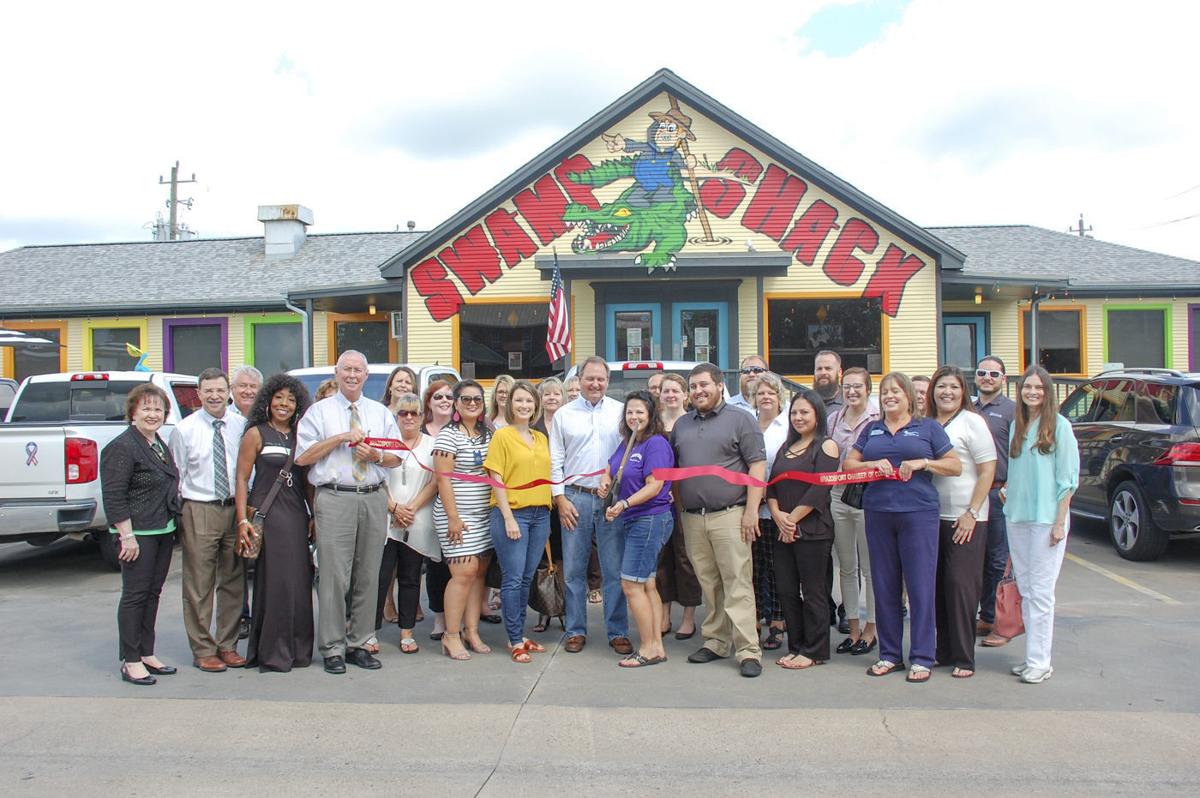 Community leaders get together in August to celebrate the official opening of Swamp Shack in Lake Jackson. The restaurant will offer Cajun food. 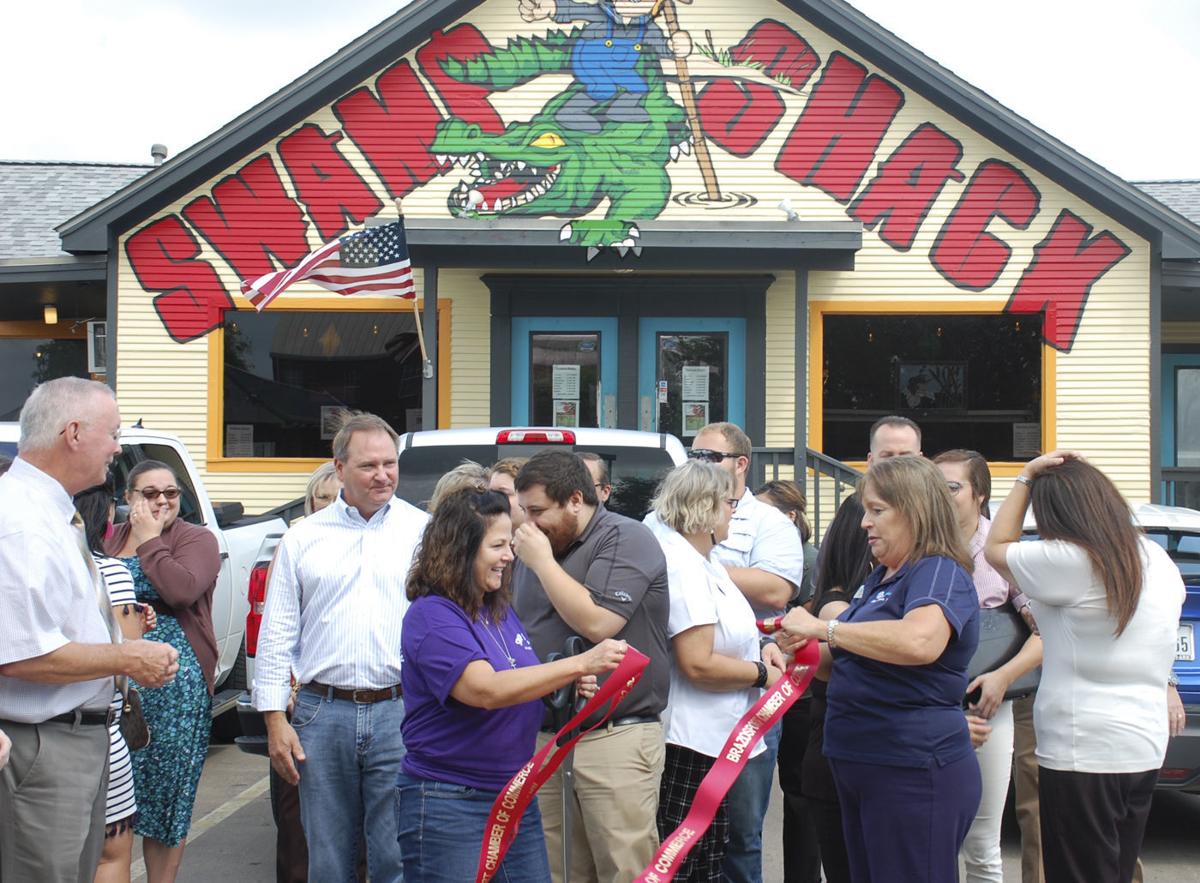 Community leaders get together in August and cut a ribbon to celebrate the official opening of Swamp Shack in Lake Jackson. 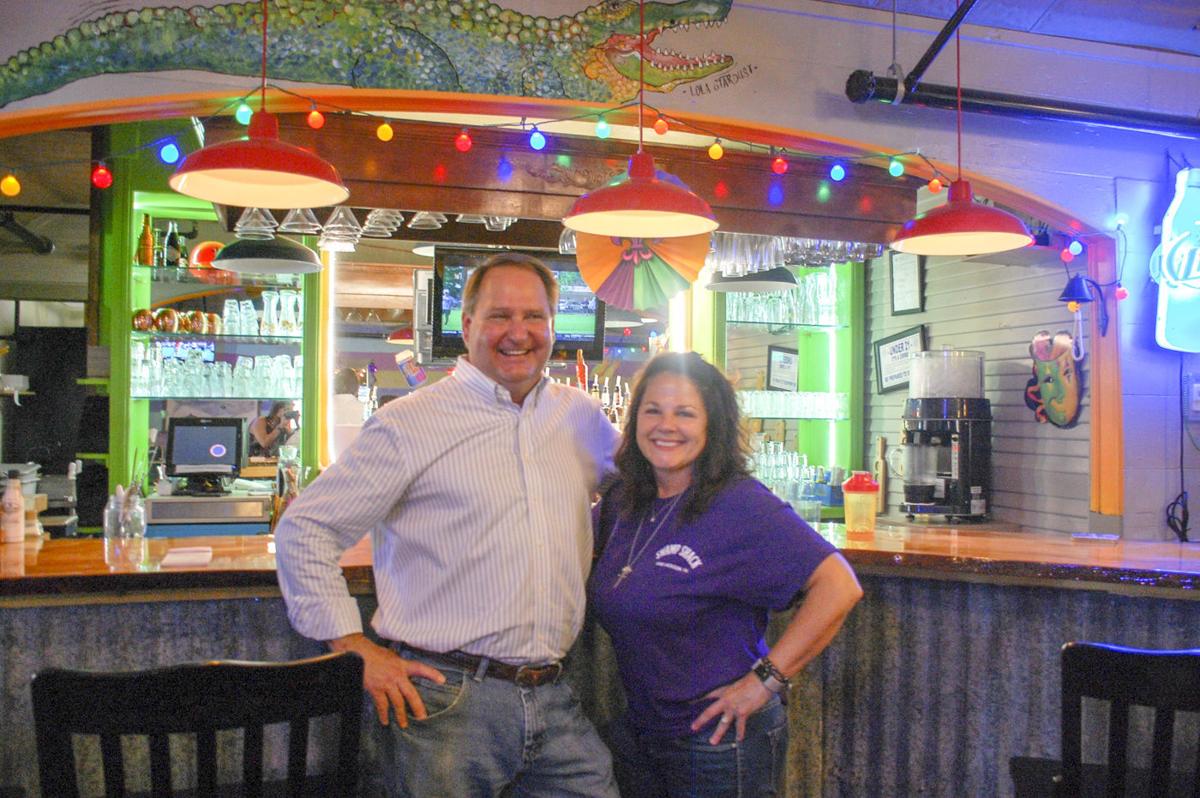 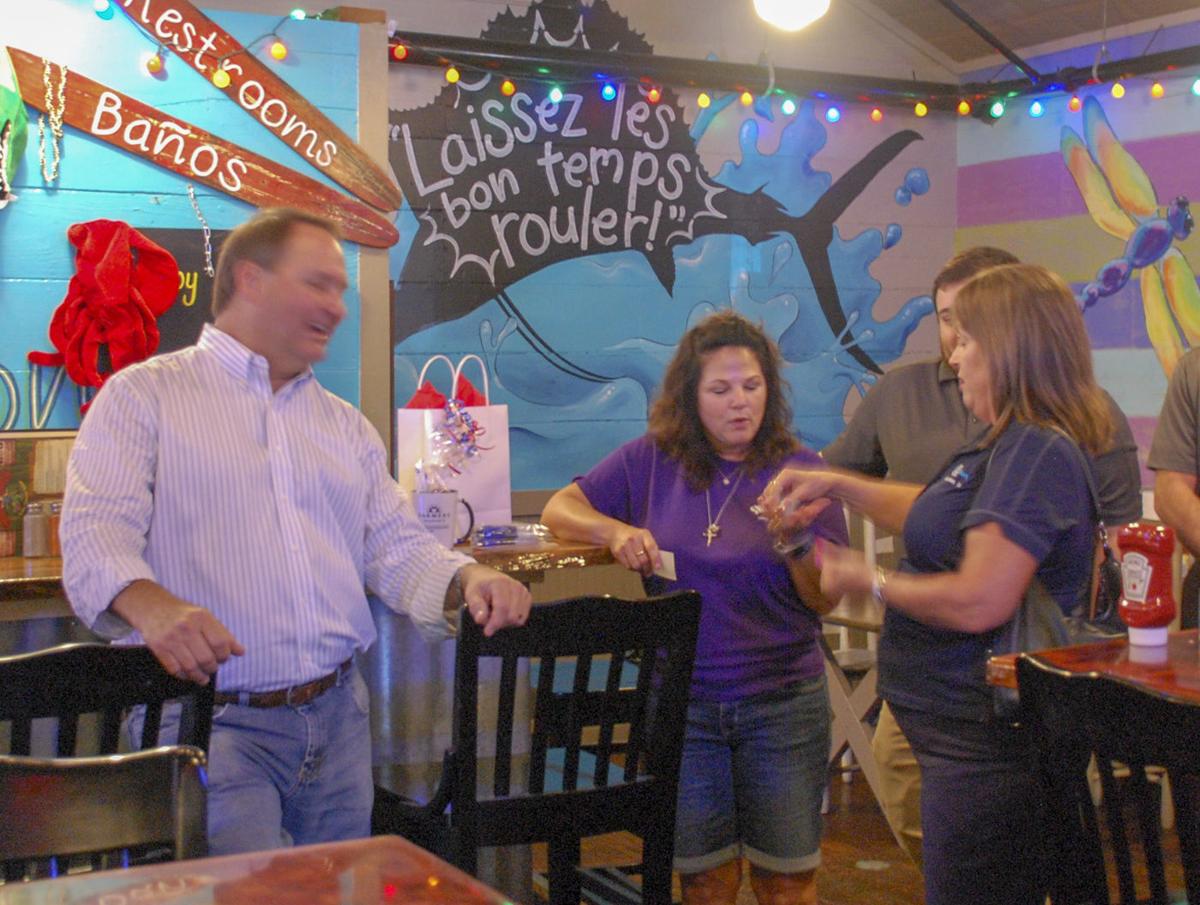 Owner Drew Ryder, left, talks with his wife and restaurant staff as they celebrate the grand opening of Swamp Shack in August. 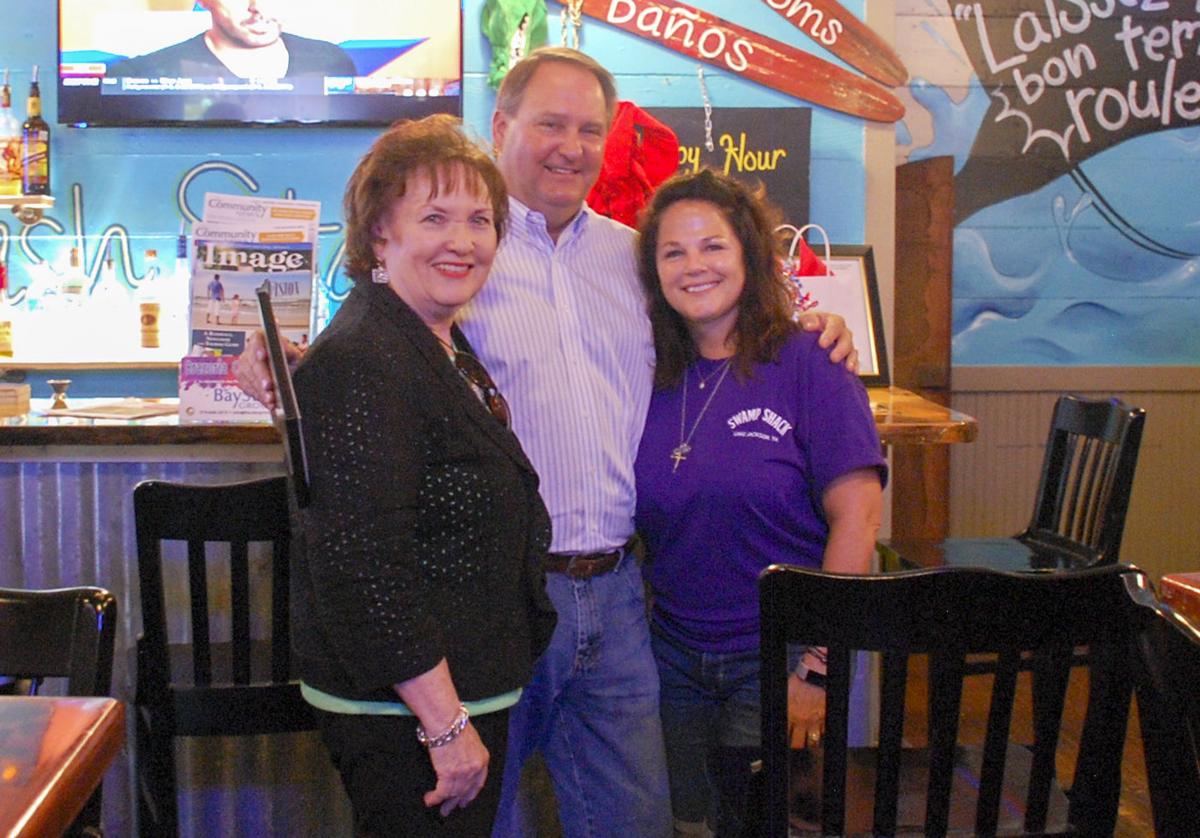 Community leaders get together in August to celebrate the official opening of Swamp Shack in Lake Jackson. The restaurant will offer Cajun food.

Community leaders get together in August and cut a ribbon to celebrate the official opening of Swamp Shack in Lake Jackson.

Owner Drew Ryder, left, talks with his wife and restaurant staff as they celebrate the grand opening of Swamp Shack in August.

LAKE JACKSON — Those clamoring to bite down on some tasty alligator kickers or savory, spicy gumbo won’t have to travel to the swamps of Louisiana as Swamp Shack is bringing Cajun cooking to the Brazosport area.

Drew Ryder, the brains behind Riverpoint and On the River, decided to rebrand the Lake Jackson restaurant as Swamp Shack, 111 Abner Jackson Parkway.

What he found is while there are many new restaurants in the area, there wasn’t one with Cajun-styled offerings and that didn’t sit right with him, Ryder said.

“I have Louisiana roots and everyone likes Cajun food, so there you go,” Ryder said at the Aug. 28 ribbon-cutting. “Since there’s not a Cajun restaurant in our area, that’s what we decided to do.”

Inside the restaurant are bright, Mardi Gras-esque colors adorning the walls and different murals of alligators and boaters.

He aimed for a restaurant that had a funky, cool and vibrant vibe, Ryder said.

“We wanted the look to be different, exciting so that when you walk in it’s not only comfortable but it’s cool,” he said.

The menu is completely different from On the River, with a deeper focus on Louisiana cooking, Ryder said.

“That was the goal,” he said. “We got some different things on it.”

With fish, shrimp, oysters, sandwiches and salads there is a healthy mixture of great seafood and hearty Cajun cuisine, Ryder said.

Nicholas Roots, originally a resident in the area and a graduate of Brazoswood High School, is returning to Lake Jackson to oversee the restaurant as general manager.

“It feels good back at home,” Roots said. “Just picking back where I left off. It feels nice seeing everyone again.”

“There has been a lot of growth in restaurants around here that I have known of, but nothing like this,” he said. “There’s been a lot of same kind of stuff. This is a set genre type of food. It’s Cajun food.”

Having helped oversee Fat Grass Restaurant in Bay City, what he will bring to Swamp Shack is constant freshness, Roots said.

“We were big over there on fresh vegetables, nothing frozen,” he said. “It’s the same thing I have brought over here.”

If he can bring his hometown roots to the county and create a good dining experience for residents, he will have succeeded, Ryder said.

“We want to be known as a place where you can go and have fun and get a good meal and a good drink,” he said. “We want to let the good times roll here in Lake Jackson.”

I doubt I will go back. They assured me they were keeping the coleslaw and they lied. I went to Riverpoint for the coleslaw as well as the food.

I hope this food is better than what they had before!