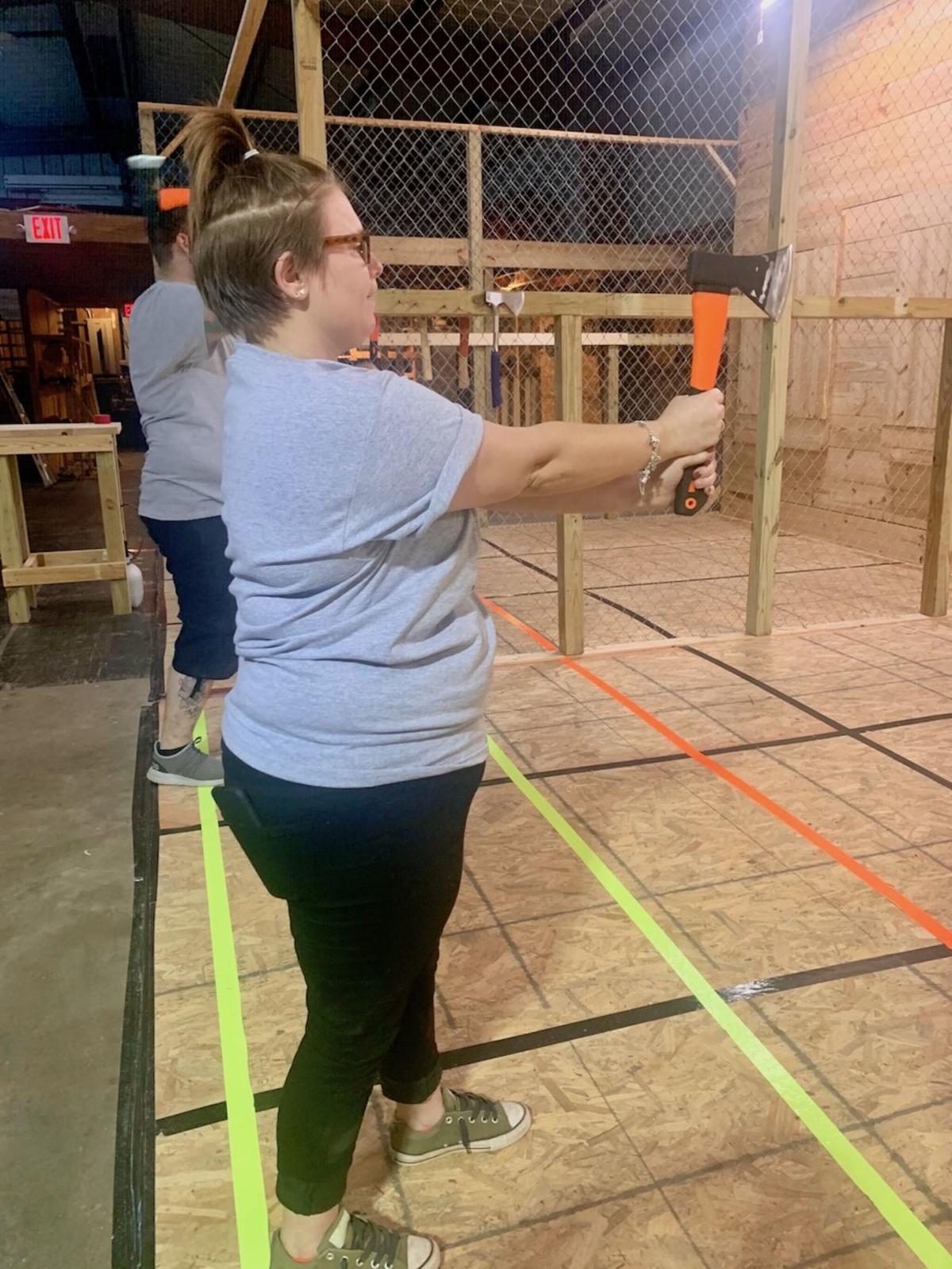 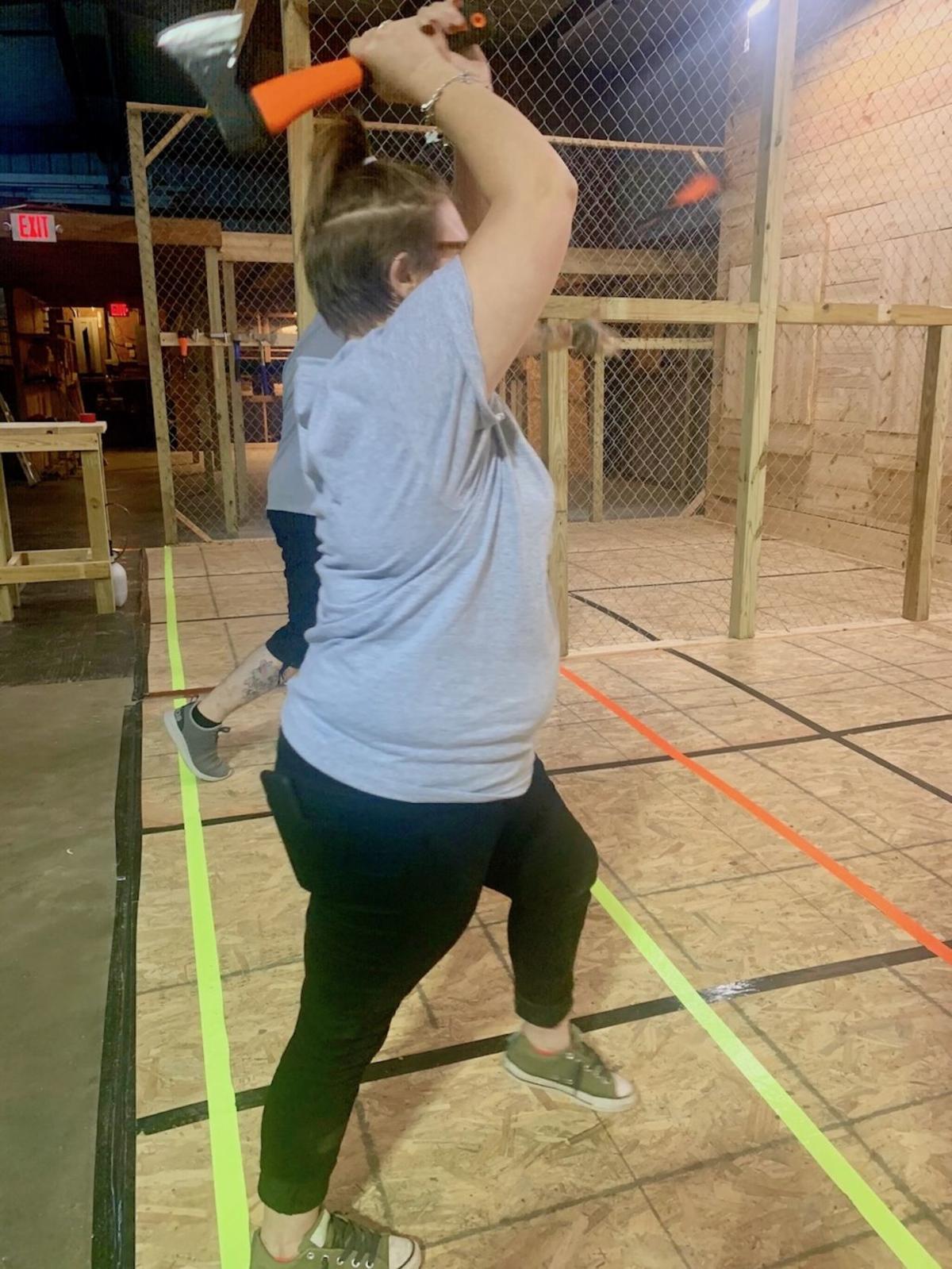 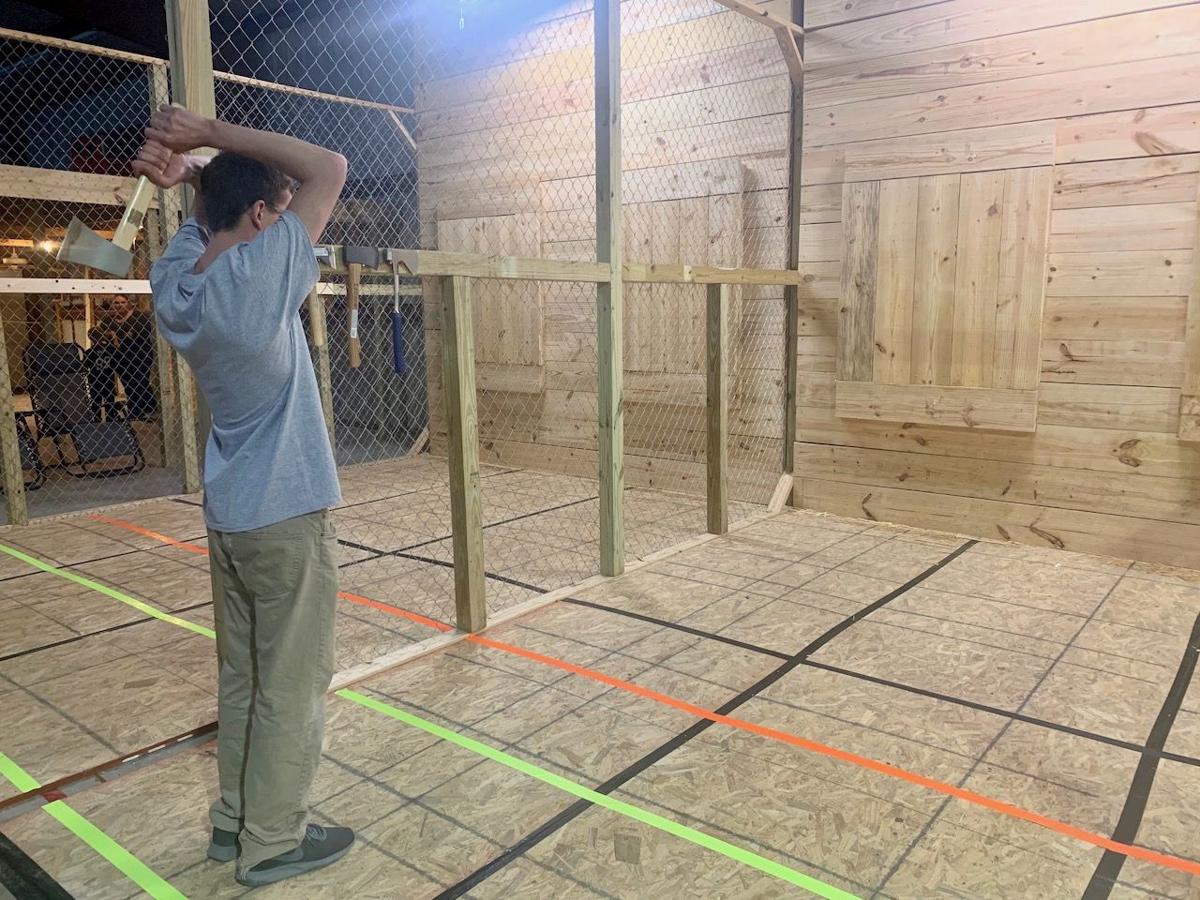 W hen Ty and Erica Ledesma went axe throwing in Houston for Ty’s 50th birthday, they knew it was something they wanted to bring to their Southern Brazoria County community.

Despite the husband and wife having full-time jobs and staying busy serving community organizations such as the SPCA, they rented space at 2829 S. Velasco St. in Angleton and transformed it into Elle’s Axe House.

“We are really excited to be here and doing this for the community,” Facilities Supervisor Kayla Janes said at the axe house’s soft opening Friday.

Elle’s Axe House adds an adult recreational option Southern Brazoria County has not seen before, she said. Guests must be 18 or older to throw an axe, but there will be a kid’s area with child-safe activities.

“We noticed that’s something other axes houses don’t have,” Janes said.

Those 21 or older will also be able to indulge in adult beverages. The owners are working on getting their TABC license, but for now, customers can bring their own beer.

Alcohol won’t be allowed to cross the safety line behind the axe-throwing bays, and that is one of many restrictions to ensure everyone goes home in one piece.

There will be a coach for each bay — there are five — training throwers in the safety and skill. Another safety rule is modeled by their saying “chivalry isn’t dead, but it’s not allowed here.” Participants and coaches cannot hand each other axes. They must be laid down, then picked up again, which is a safe way to do it.

Other safety regulations include wearing closed-toe shoes and signing a waiver.

Jordan Wall, an axe-throwing coach, said he did a lot of on-the-job training and learned his top priority is safety. But, he also demonstrated the skill to attendees Friday.

“Anyone can do it,” Wall said. “It doesn’t take a whole lot of strength.”

Elle’s Axe House will offer five axes for attendees to throw, he said.

“I think it’s going to be really popping,” Janes said.

Ty Ledesma built the tables, bays and all other furniture at the axe house. That fills the lobby area in the front, which will have a bar and televisions to watch the axe-throwing in the back, a spectator area next to the bays with dart boards, and the tables and stools behind each bay.

The setup allows for plenty of mingling space, and people can hang out even if they’re not going to throw, Janes said.

The couple had been considering building and opening the business for a few months, he said. The challenge was finding a space big enough with an owner willing to let them do it, he said.

But they were successful and started setting everything up Nov. 1, Ledesma said.

They hope to officially open the business Saturday, he said.