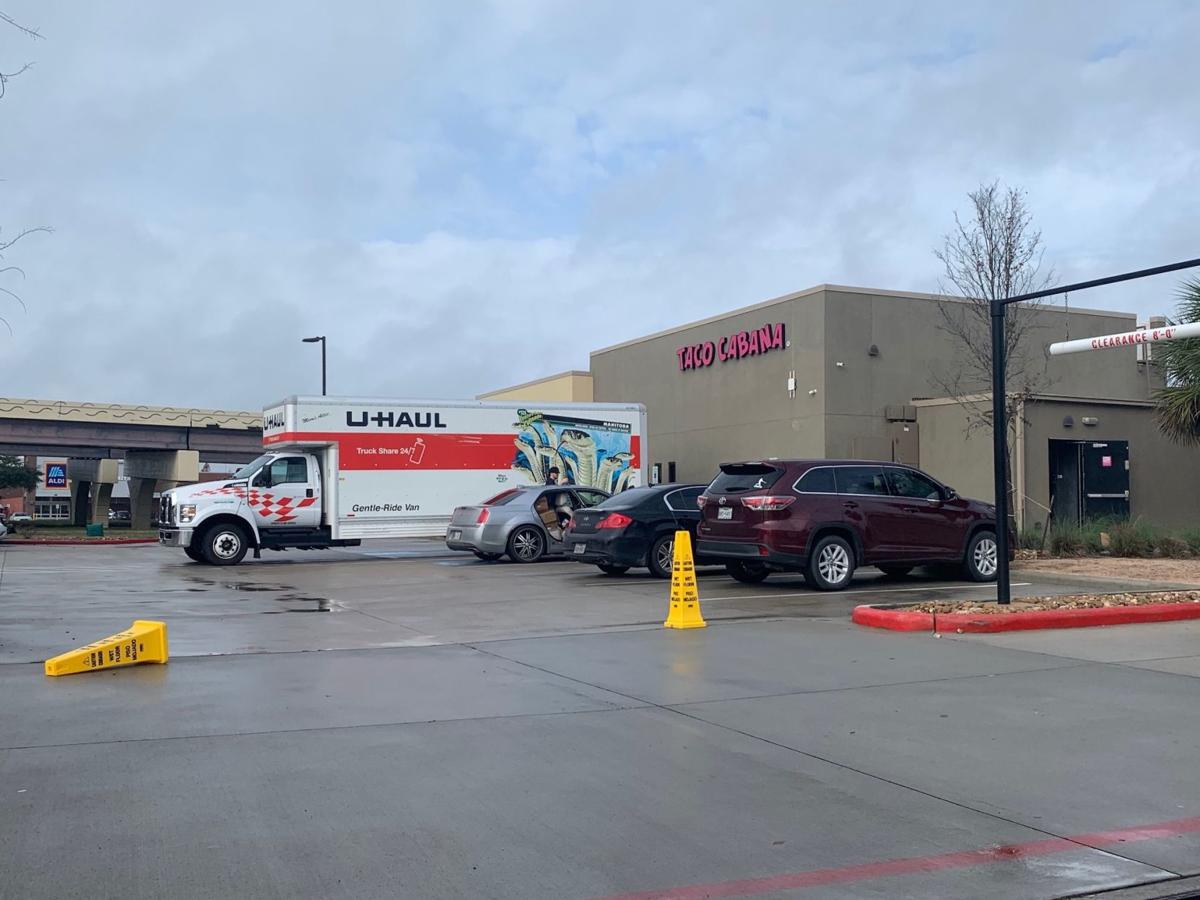 Cones blocked off the parking lot and drive-thru of Lake Jackson’s Taco Cabana on Tuesday morning after the company announced it was immediately closing 19 locations. 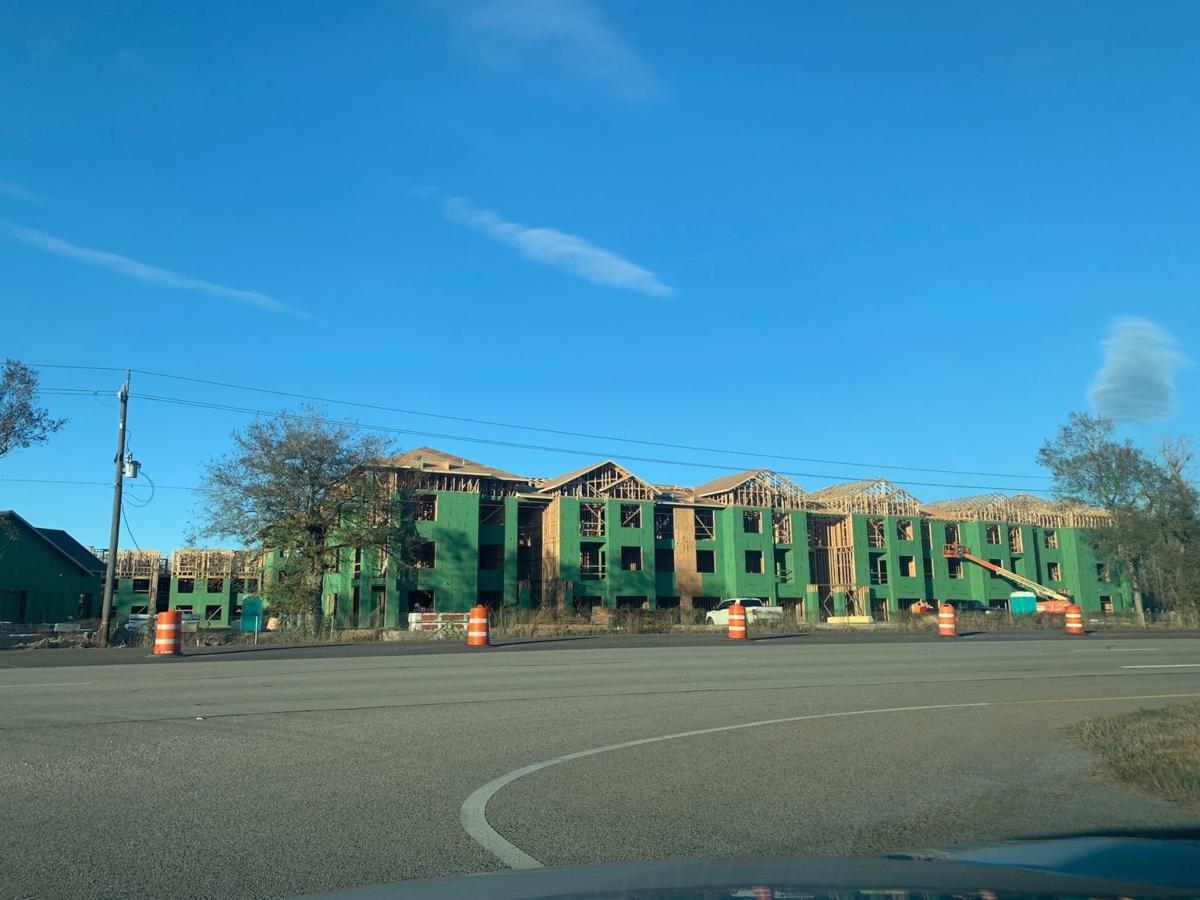 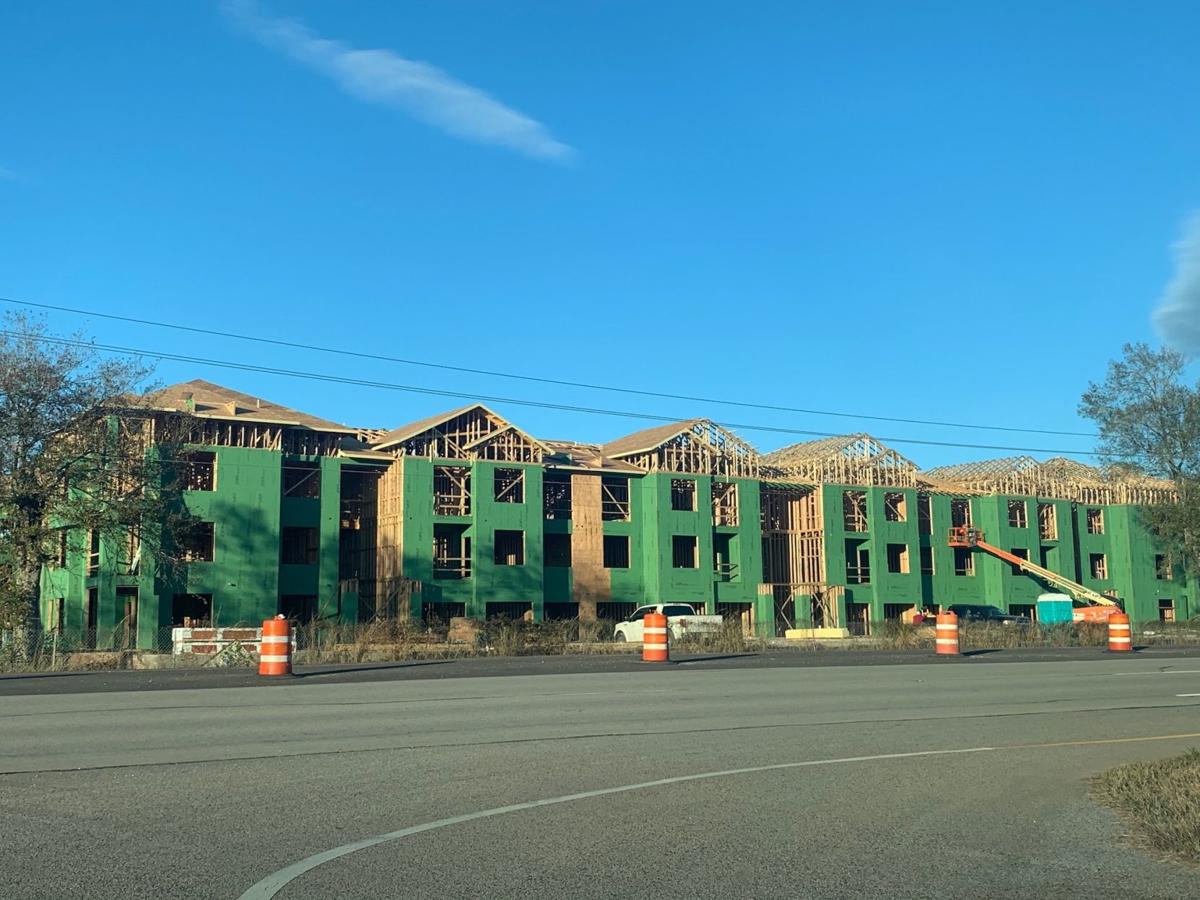 Cones blocked off the parking lot and drive-thru of Lake Jackson’s Taco Cabana on Tuesday morning after the company announced it was immediately closing 19 locations.

Southern Brazoria County’s lone Taco Cabana is among 19 locations in Texas that closed immediately Monday, according to a news release.

This is a huge disappointment for me. I grew up in Cypress and went to Texas Tech for college. While I was in Lubbock, I missed Taco Cabana terribly.

When I moved down to good old Southern Brazoria County, I was thrilled Lake Jackson had one. It opened in June 2017, just a few months before I started at The Facts that December.

I ate some chicken flautas from Taco Cabana on my very first day at The Facts.

I saw a U-Haul truck and a person holding a sad bag of tortillas that will never be eaten by a Lake Jackson Taco Cabana customer outside the restaurant Tuesday morning.

Nearly all employees impacted by the closures will be offered positions at other Taco Cabana locations, the release states, but considering the next-closest location is in Pearland, I don’t think that’s likely here.

The Reserve at Lake Jackson apartments can be spotted easily by motorists on FM 2004.

The apartments are going up at 202 FM 2004, which is just west of the intersection of CR 288/Old Angleton Road and FM 2004, Assistant City Engineer Athelstan Sanchez said. This area of the city is zoned for multi-family residences, he said.

The apartment complex is expected to have 220 units and be fully constructed by November, Sanchez said. Construction began last March, he said.

I was unsuccessful contacting the owner, who is based in New York, but apartments.com seems to have some useful information. The website indicates there are three floor plans, including one bedroom/one bath, two bedrooms/two baths and three bedrooms/two baths.

This information was updated two weeks ago, according to the website.

I’ve seen some talk on social media that these apartments will use a government rental assistance program, but Yenne said he believes the apartments are “a market-based product.”

Time will tell what the rents will be, and hopefully, I’ll be able to get in contact with the owner.

Officials made the decision to convert the Lake Jackson Palais Royal store to Gordmans rather than permanently close, a senior brand publicity manager for Stage told me by email.

The store originally was expected to permanently close this month.

This means the Lake Jackson store at Brazos Mall will join Angleton’s location in the conversion to Gordmans, an off-price concept.

This is super exciting to me, as I love off-price stores and do not love empty storefronts. This symbolizes the resurgence of Brazos Mall to me.

Stores like Sears would obviously not be successful there forever, so replacing them with TJ Maxx, HomeGoods, Ulta, Ashley Furniture HomeStore, Urban Air and Shoe Dept. Encore is a great move.

This is a mission Mall Manager Barry Smith told me he believes in when I interviewed him shortly after he came to the area in 2018.

Centennial Real Estate, which bought the mall in 2015, is not the type of company to come in, do a facelift and leave, Smith said. Centennial plans to “be long-term members of the community” and make sure Brazos Mall continues to be successful for many years into the future, he said.

“Guests are responding positively to our Gordmans’ off-price concept and most of the Stage department stores will convert to Gordmans during 2020,” an earlier press release from Stage stated.

Gordmans sells popular, brand-name merchandise at low prices, according to the release. The stores get fresh inventory weekly, meaning there is always something new to discover, the release states. Merchandise will include apparel, home décor, footwear, gifts, accessories, fragrances and more.

I realized there was something I forgot to include in my article last week. Mulligans Golf Center will not serve food, but guests are welcome to bring food in or order it while playing. It also plans to host food trucks.

I went there Friday night to celebrate the birthday of Alec Woolsey, our assistant managing editor, along with fellow reporter Courtney Blackann and my boyfriend.

We had a great time, good service and we ordered Domino’s to eat. They provided Courtney with some left-handed golf clubs so everyone had an equal playing range.

I am pretty good at golfing by my own standards, though Alec is better. I plan to return. Thanks, Mulligans.

Maddy McCarty, senior reporter for The Facts, writes The Scoop every Wednesday in The Facts. If you hear a good rumor, pass it along and we’ll find out if there is any truth to it. Contact Maddy at 979-237-0151 or madison.mccarty@thefacts.com, or email business@thefacts.com.