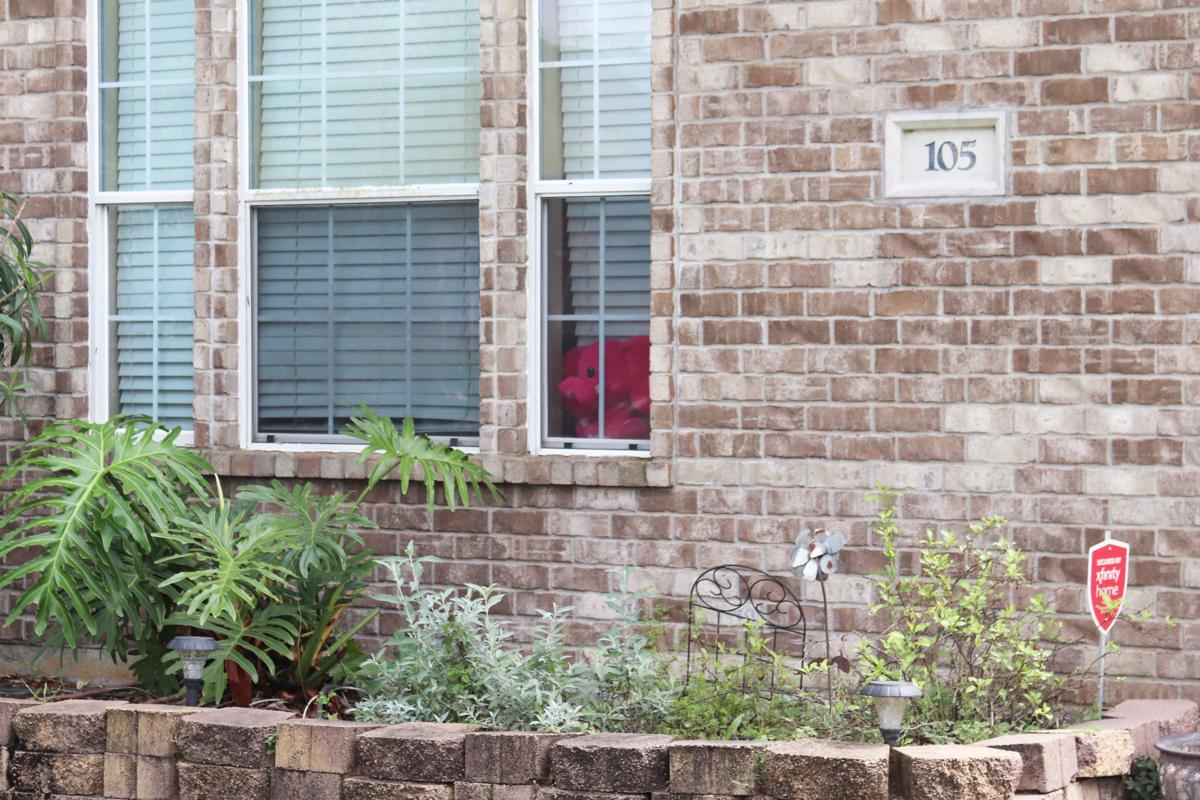 A pink elephant sits in the window of Michelle Deavenport’s house in the College Park subdivision for the Window Safari. Deavenport introduced the idea to her community and now there are more than 20 homes participating. 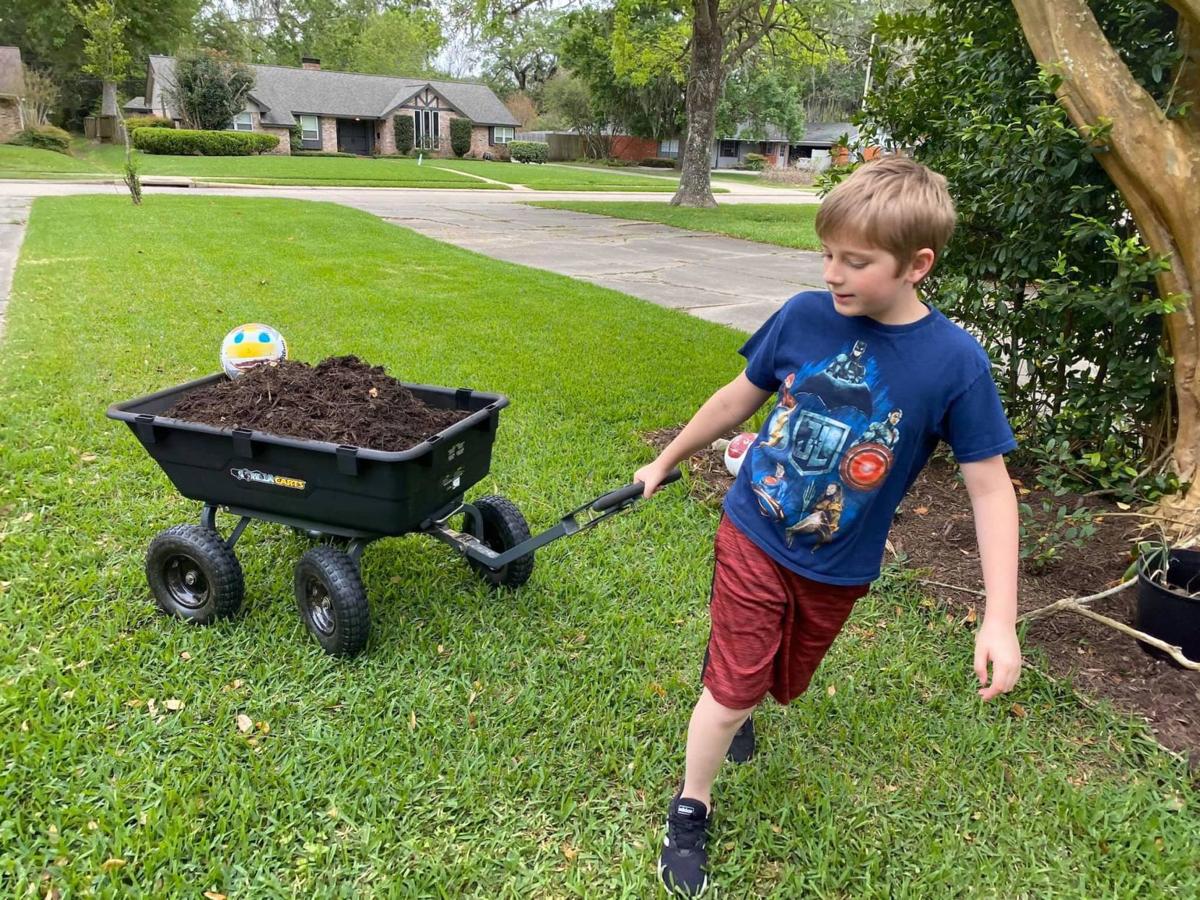 Brian Cole’s son James pulls his Wilson volleyball in a wagon. Every day Wilson brings a new activity for James to partake in.

A pink elephant sits in the window of Michelle Deavenport’s house in the College Park subdivision for the Window Safari. Deavenport introduced the idea to her community and now there are more than 20 homes participating.

Brian Cole’s son James pulls his Wilson volleyball in a wagon. Every day Wilson brings a new activity for James to partake in.

With children home from school unexpectedly, parents have to find creative ways to keep their kids occupied while practicing social distancing.

Brian Cole, Assistant Superintendent of curriculum and instruction for BISD, said his Elf on the Shelf came back from the North Pole with a friend for his son.

“I saw that Tom Hanks had gotten sick with the coronavirus and I thought of how he had the Wilson volleyball as a friend while on a deserted island,” Cole said.

That inspired the Elf to bring Wilson as a friend for his son, since they are also isolated, he said.

Cole hopes his son has some positive memories of the pandemic.

“It’s easy to get stressed out during this time right now with different things going on in the world,” Cole said. “My hope is that we make it fun.”

With encouragement from notes Wilson appears each morning with, Cole and his son have drawn a face on him, made him a bed and done a house-wide scavenger hunt.

James, Brian’s 10-year-old son, gets out of bed every morning to look for Wilson, Cole said. It’s fun for dad and son alike.

“It absolutely keeps me engaged,” Cole said. “It keeps me from watching the news.”

Michelle Deavenport, a Clute resident, started a “Window Safari” in her neighborhood across from Brazosport College. Her Facebook post announcing it has been shared more than 400 times.

A window safari encourages residents of a neighborhood to put stuffed animals in their windows. People can walk the neighborhood charting what animals they find, Deavenport said.

“It started in Canada during St. Patrick’s Day and one of my friends saw it on Facebook, so we started a window safari in our neighborhood,” she said. “It’s been very successful and a lot of fun.”

The window safari obeys the rules of social distancing.

“It’s important to get kids out of the house and it gives them something to do and look forward to, everyone loves a scavenger hunt,” Deavenport said. “The good thing is it’s contactless, it stimulates their minds without having to touch things.”

Deavenport, whose youngest child is 16, has found that older kids are capable of entertaining themselves.

“My 16-year-old, he and his friends are using technology to talk because your social need is higher the older you get,” Deavenport said. “My older children are getting more creative about connecting with their friends. As a household we have a puzzle going on every day, we’re doing daily family meetings, just being together.”

Angleton resident Cayla Meyers has tried to find ways to entertain both her 9-year-old and newborn son.

“First we’ve been focusing on school work and figuring out this remote learning thing,” she said. “There’s a huge difference in entertaining a newborn and my older daughter. We’re going to play boardgames, play outside, and try to ride bikes.”