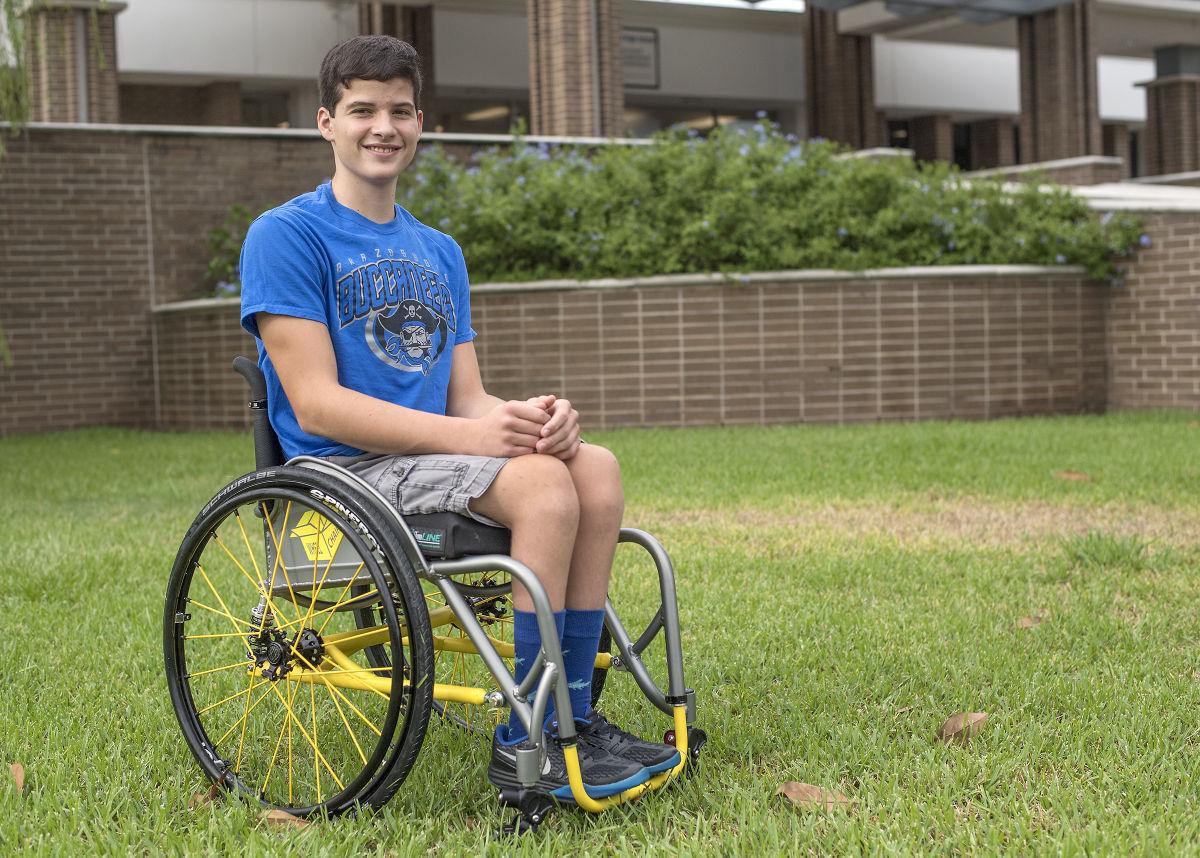 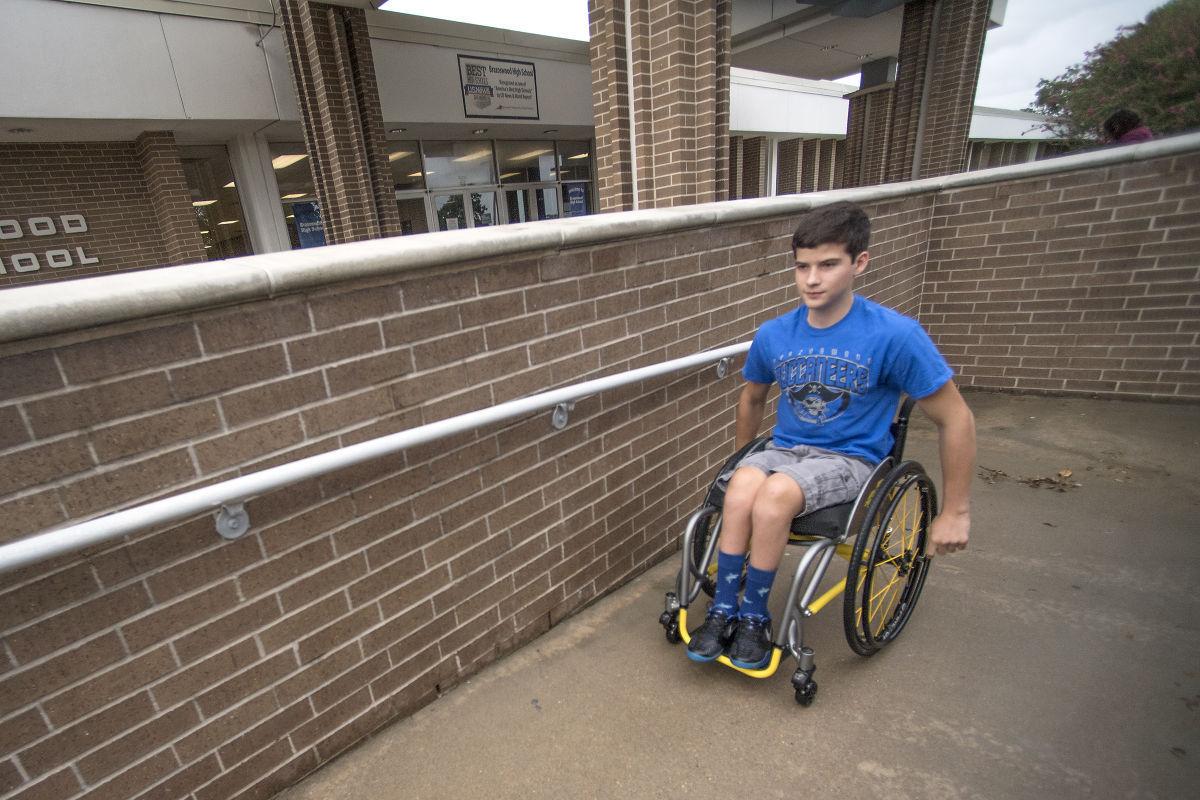 Dustin Stallberg makes his way up a ramp Friday at Brazoswood High School in Clute, where he is a freshman. Stallberg set up a corner snack stand in April in a effort to raise money for a new wheelchair.

Dustin Stallberg makes his way up a ramp Friday at Brazoswood High School in Clute, where he is a freshman. Stallberg set up a corner snack stand in April in a effort to raise money for a new wheelchair.

Bianca Stallberg faced a growing problem earlier this year when her son, Dustin, did what most young boys do — he outgrew his things.

In Dustin’s case, the trouble was the happy, active eighth-grader’s too-small wheelchair, one that pushed his legs out awkwardly and could barely contain his frame.

“It was way too small,” the Lake Jackson Intermediate student said. “My butt was squeezed and everything.”

Dustin, who suffers from spina bifida, needed a new wheelchair. The family’s insurance covered only a wide, clunky model that would keep his movement slow and make it hard for him to play basketball, his favorite sport. He wanted a lighter model that would give him freedom of movement and keep him in the game.

Bianca was determined to help her son get his wish, but she simply didn’t have the money. In April, she put out the word on Facebook that her son was trying to raise money for a new wheelchair by selling candy and snacks on a street corner.

On Aug. 11, she put up a new Facebook post. This one showed an excited Dustin preparing to start his freshman year at Brazoswood High School in a brand-new wheelchair.

“It was very, very overwhelming,” Bianca said of the community response.

Two days of fundraising was all it took to get the money for Dustin’s wheelchair. People jogged, drove and walked to his candy booth, some slipping $5 or $10 into his hand while other handed over fistfuls of $20 and $100 bills. Others came to the house with checks and cash.

Even when Dustin met his $3,000 goal, people kept giving. Bianca said the overflow is in a savings account that will fund future expenses.

“Eventually he might need a car with a shift drive,” she said.

In the meantime, Dustin is delighted with his new wheels. The family was able to purchase two chairs, one for everyday use and one specifically for his games with the Houston Hotwheels basketball team. He looks forward to putting it through its paces Sept. 2, when the Hotwheels travel to Pasadena.

Dustin said the angle of the tires on the lightweight chair make it far easier to play in than his old wheelchair, or even his new everyday chair. That’s not to knock his everyday chair, though. Dustin was enthusiastic about it as well.

Bianca and Dustin both extended their gratitude to the community. Dustin thanked everyone who came to his candy stand, and Bianca said she has tried to thank donors on Facebook, but she’s just not reaching everybody.