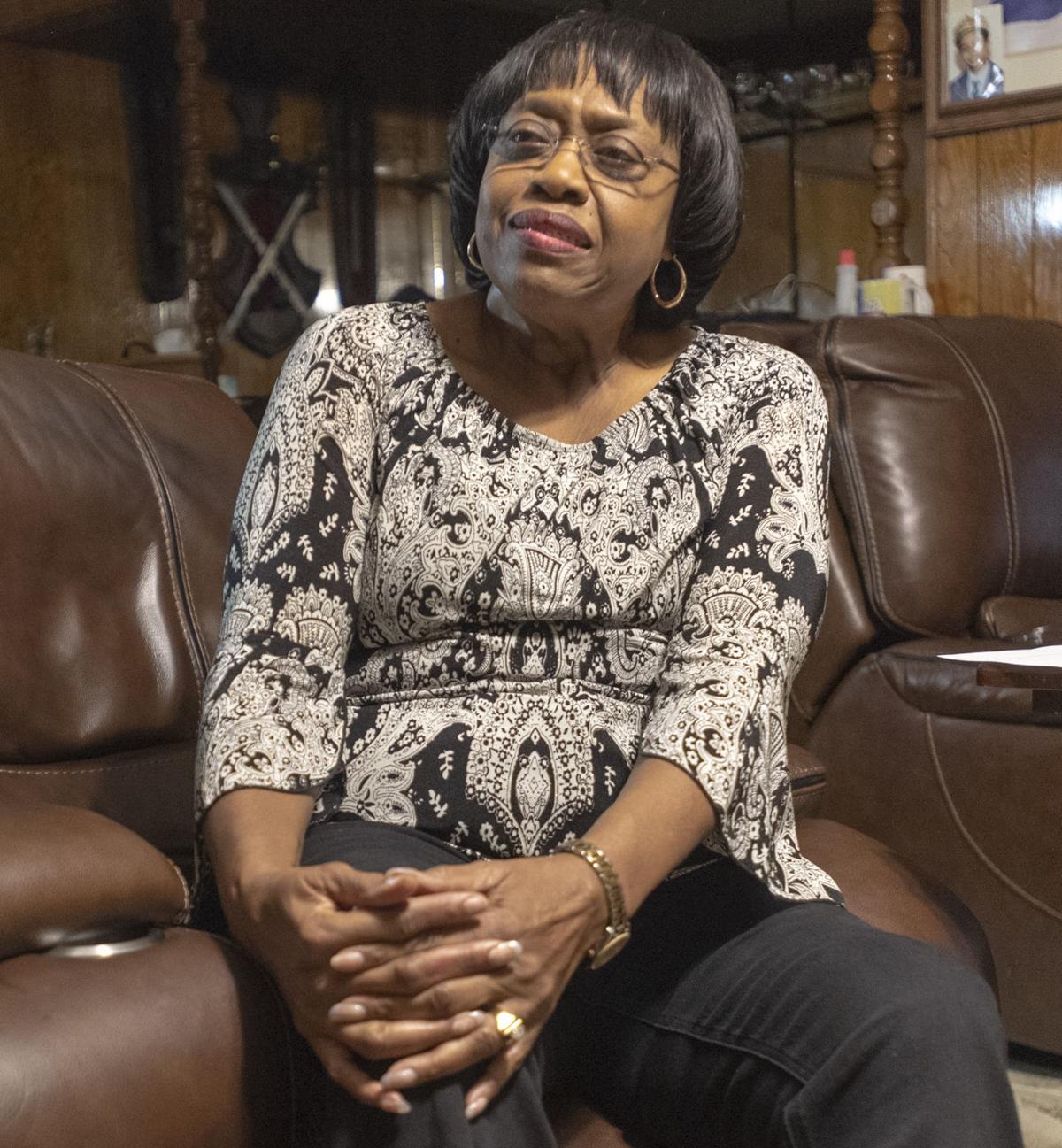 Born in Palacios, Carolyn Johnson moved to Freeport at 2 weeks old. Johnson graduated from Lanier High School as valedictorian in 1965 and studied chemistry at Lamar State College of Technology in Beaumont. 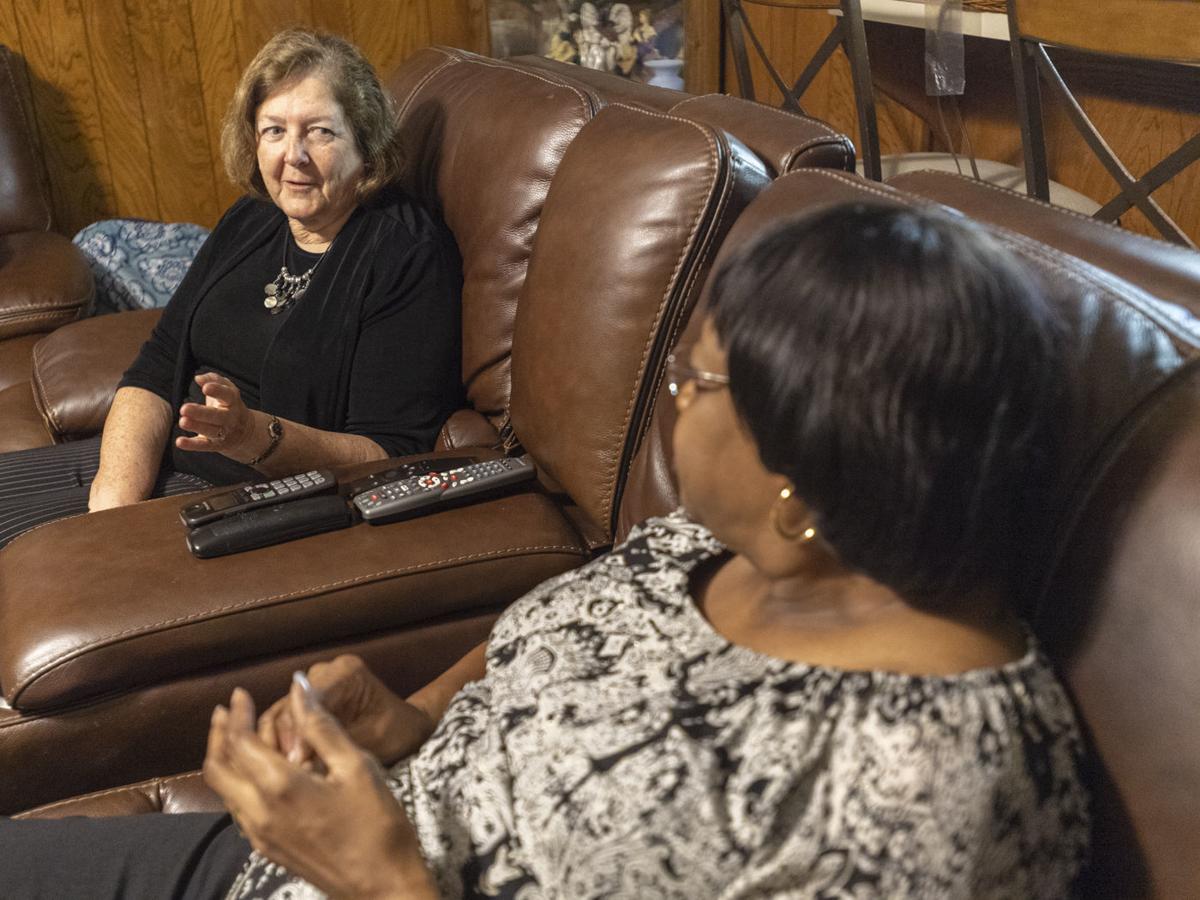 Nancy Freshour talks with her friend Carolyn Johnson on Wednesday at her home in Freeport. Freshour and Johnson met while they worked at Dow Chemical, where Johnson first interned then continued working there for 34 years. 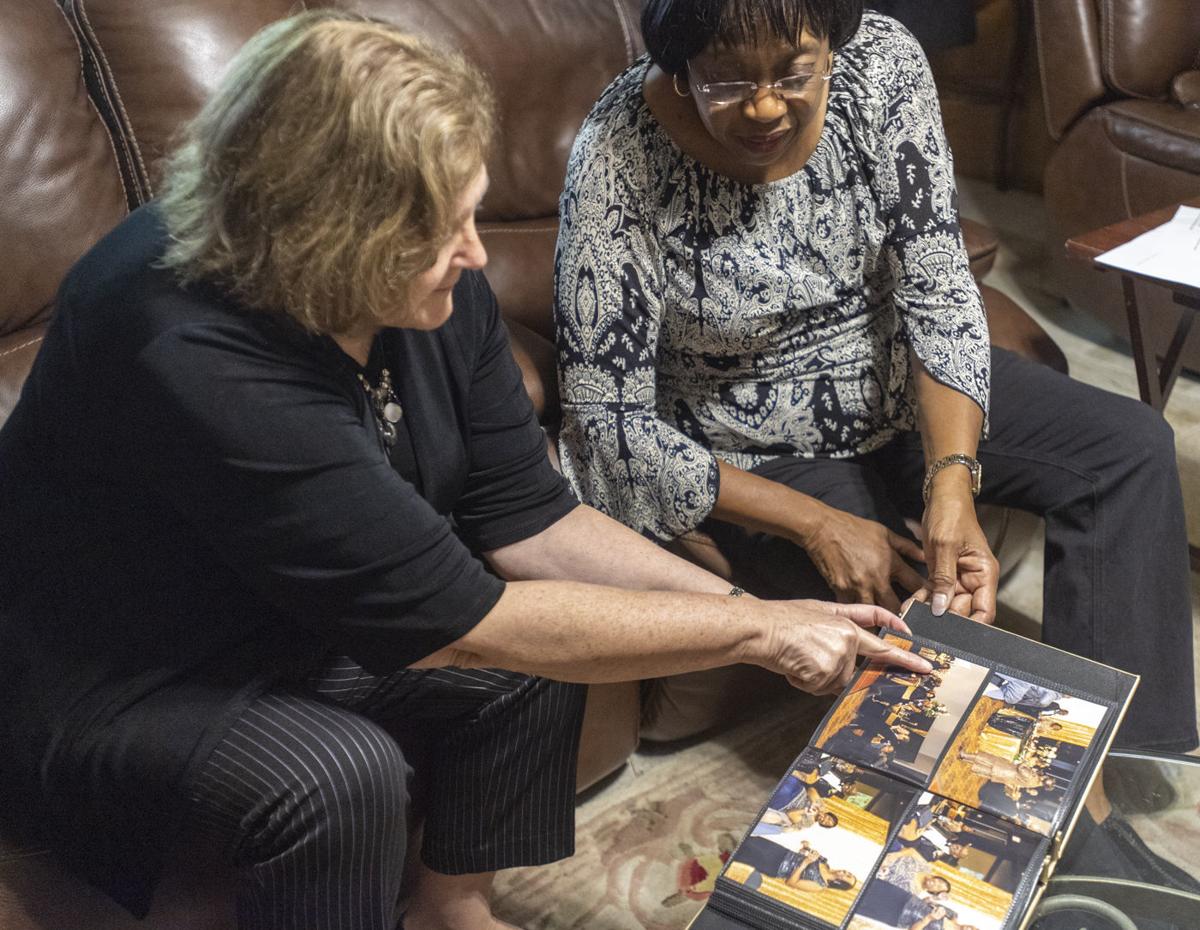 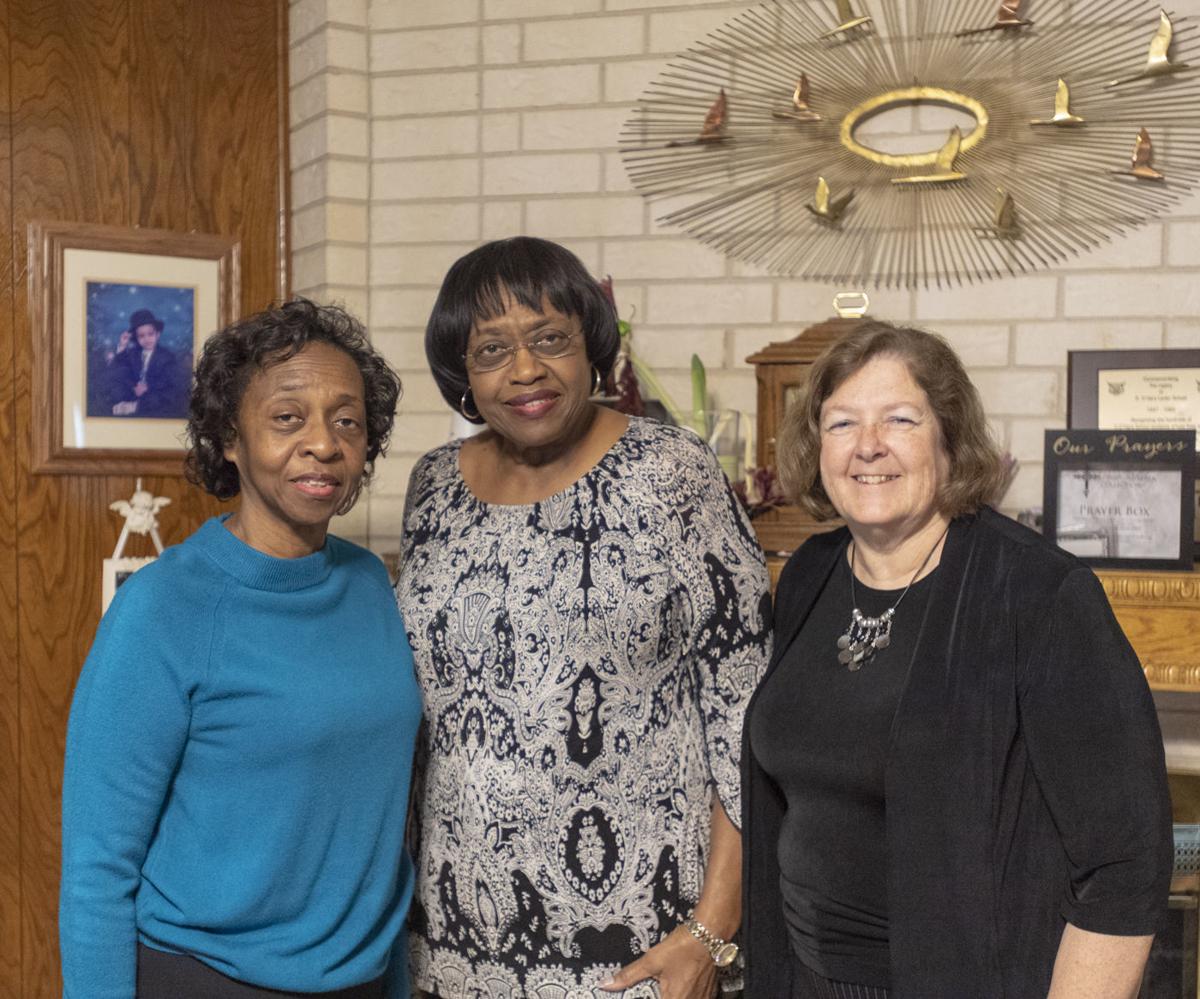 Carolyn Johnson, middle, poses for a photo Wednesday with her sister, Linda Allen, left, and friend Nancy Freshour at Johnson’s home in Freeport.

Born in Palacios, Carolyn Johnson moved to Freeport at 2 weeks old. Johnson graduated from Lanier High School as valedictorian in 1965 and studied chemistry at Lamar State College of Technology in Beaumont.

Nancy Freshour talks with her friend Carolyn Johnson on Wednesday at her home in Freeport. Freshour and Johnson met while they worked at Dow Chemical, where Johnson first interned then continued working there for 34 years.

Carolyn Johnson, middle, poses for a photo Wednesday with her sister, Linda Allen, left, and friend Nancy Freshour at Johnson’s home in Freeport.

Carolyn Johnson might not have been born in Freeport, but she is just as much of a native as anyone.

“Palacios is actually where I was born,” said Johnson, 73. “My mother moved me back here when I was 2 weeks old. So could you call me a native of Freeport? Pretty close.”

Johnson was raised on Seventh Street in the East End of Freeport, across from New Jerusalem Baptist Church. In a twist, the church has since moved to Skinner Street, which is around the corner from Johnson’s home on North Avenue M.

“Freeport was a good place to grow up,” Johnson said. “I went through a segregated school, but the school was actually pretty good. I got a good foundation.”

Johnson attended R. O’Hara Lanier schools for African American students all the way through, she said. She started in first grade and graduated in 1965 as Lanier’s last valedictorian before Brazosport ISD integrated.

Johnson did so well on the standardized tests, scoring in the 99th percentile, that there was a question of whether she would attend Brazosport instead of Lanier for her senior year — and she said no, she said.

After graduation, Johnson attended Lamar State College of Technology in Beaumont, which is now Lamar University, she said.

“I wanted to be a chemist,” she said. From childhood she was “very curious” about science, and growing up very close to Dow Chemical was a big influence, she said.

“I probably should have been a chemical engineer — I could have been either,” Johnson said. “But I decided to be a chemist, and it was just the right move.”

While primary and secondary education came easily to her, college required her to study harder just to make the same grades, Johnson said. There was one particular class — “I didn’t flunk it, but I came close,” she said. “I took it again.”

During her second year, Johnson interned in one of the research laboratories at Dow, and then she knew for sure she wanted to work there — which she did, for 34 years.

In those days, though, there were not many girls studying the scientific subjects, Johnson said.

“That was in the ’60s, and it was not many women chemists — that was before integration,” said Johnson’s sister, Linda Allen, 70. “There were a lot of things that you were not supposed to do at that time.”

Now, STEM courses are taught to young women much more, which is “fantastic” because it shows them they can do it, Johnson said. During her school days, it’s possible many young women didn’t go into the technical fields because they were afraid they couldn’t do it, and so they wouldn’t even try, she said.

“You absolutely know you have to try,” she said. “That’s the best thing you can ever do for a child, is teach them to try.”

Education has always been important to Johnson, who has been the chairwoman of the Brazosport College Board of Regents since 2012, and a member of the board for 14 years before that.

“She is a great mentor,” said Nancy Freshour, 67, a friend of Johnson’s since they worked together at Dow. “She’s been really involved with students.”

Johnson hands the diploma to every student who graduates from Brazosport College during the ceremony, Freshour said.

“I just love that we are doing something that will affect the lives of those students forever,” Johnson said.

Part of being involved with the students extends to scholarships, and Johnson and her husband founded a scholarship with New Jerusalem Baptist Church for graduating high school seniors, she said.

“She has a real desire to see children do well in school and to determine what you like and that you have an opportunity to do that,” Allen said.

Over the years, Johnson has been recognized with a number of awards. The Brazoria County Community Foundation named her a Philanthropist of the Year in 2010, while in 2014, she received a Women of Distinction award from the city of Freeport. This past year, the Martin Luther King Jr. Celebration Committee recognized Johnson with its highest honor, the Drum Major Award.

Johnson appreciates the recognition, but for her, the awards were little more than incentive to continue doing good things, she said.

“Winning awards isn’t a thing, it’s all the neat things you get to do — especially working with the kids,” Johnson said. “I love that. I love to see them grow and learn and prosper. I’m really happy to see that when that happens.”