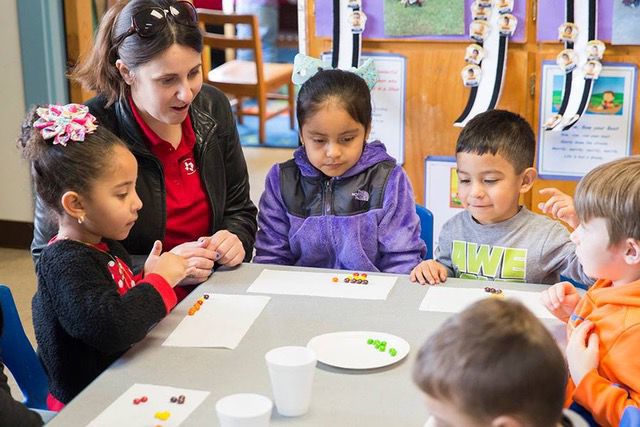 A Dow volunteer works on an activity with pre-kindergarten children on Read Across America Day on March 5 at Lake Jackson Head Start pre-school. 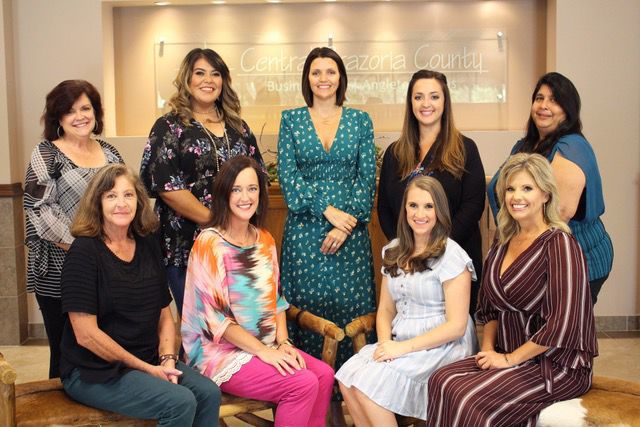 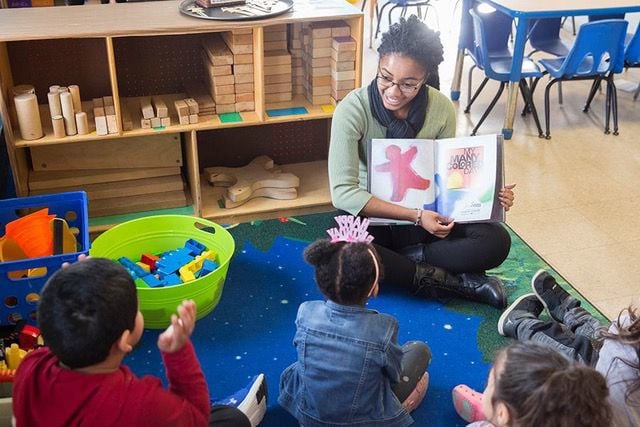 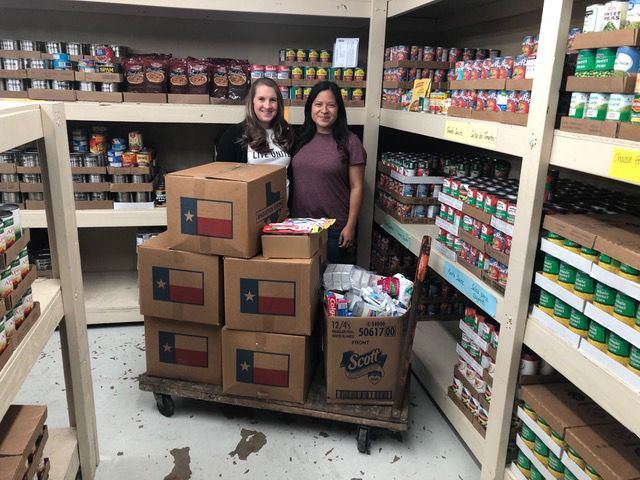 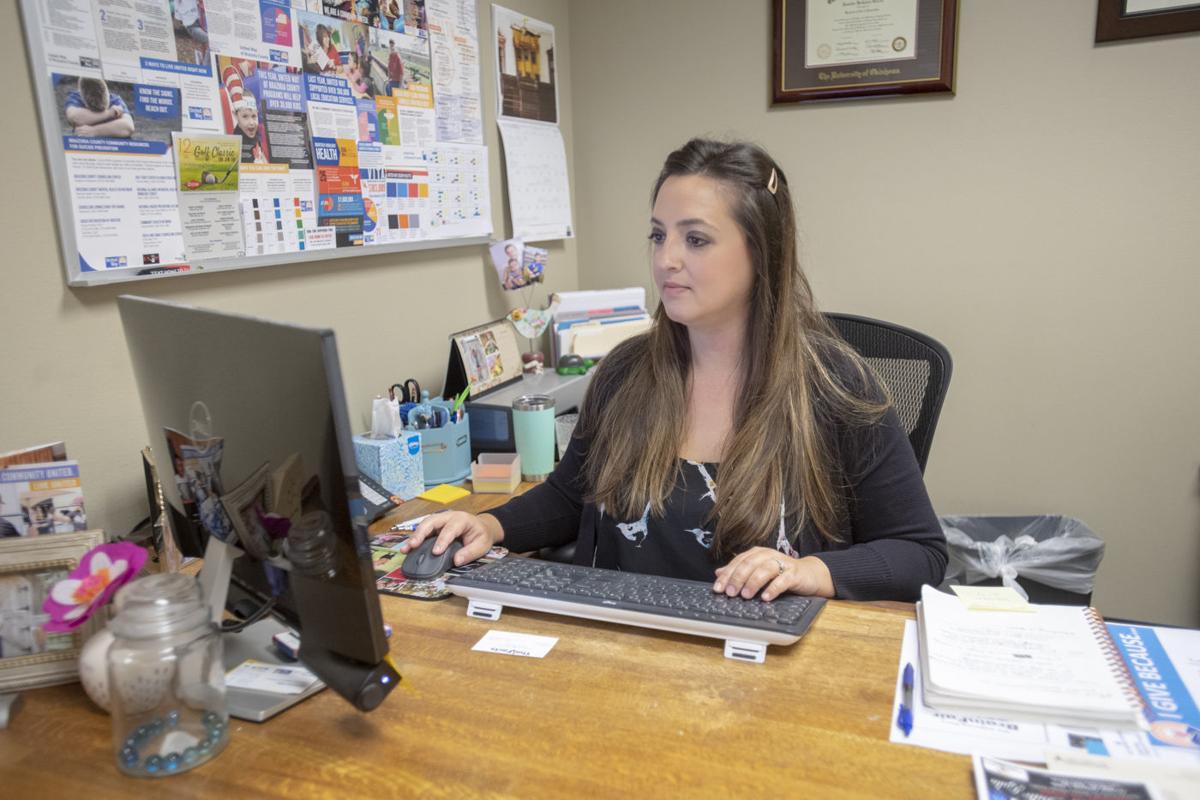 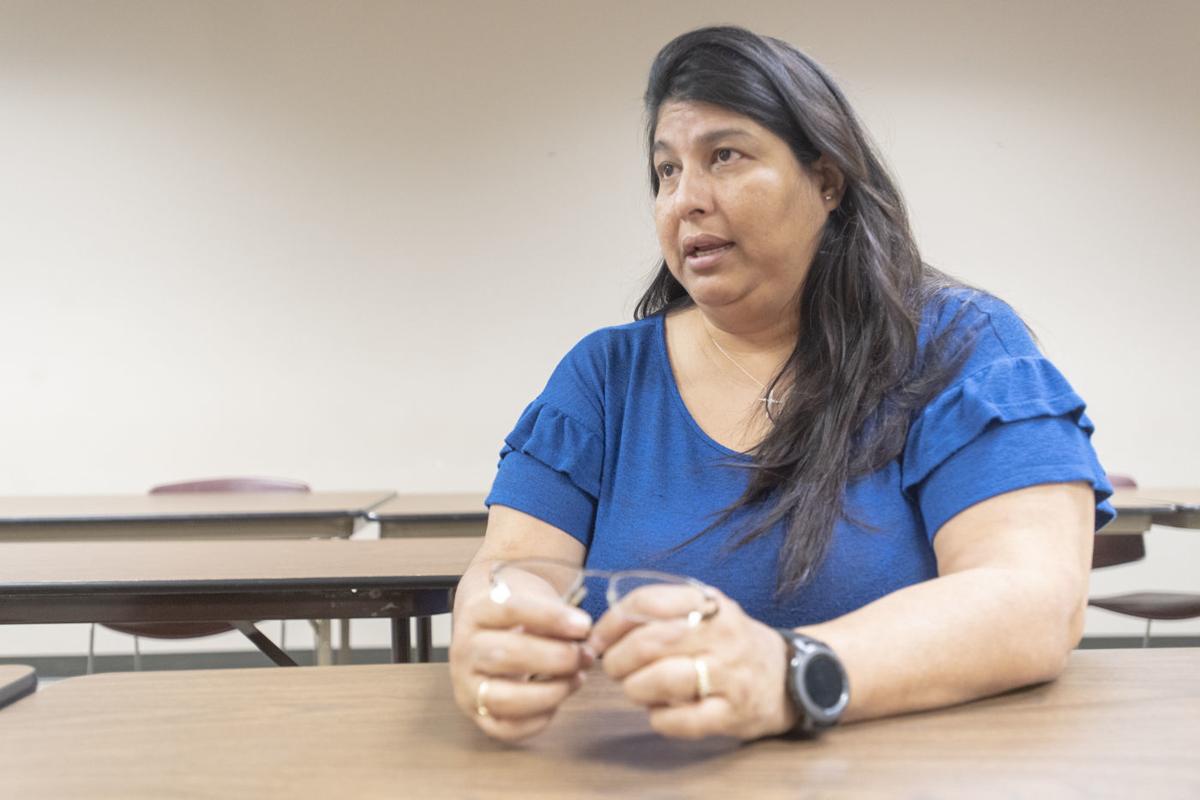 Gloria Luna, community outreach director with United Way of Brazoria County, discusses how she began working with the nonprofit 17 years ago. 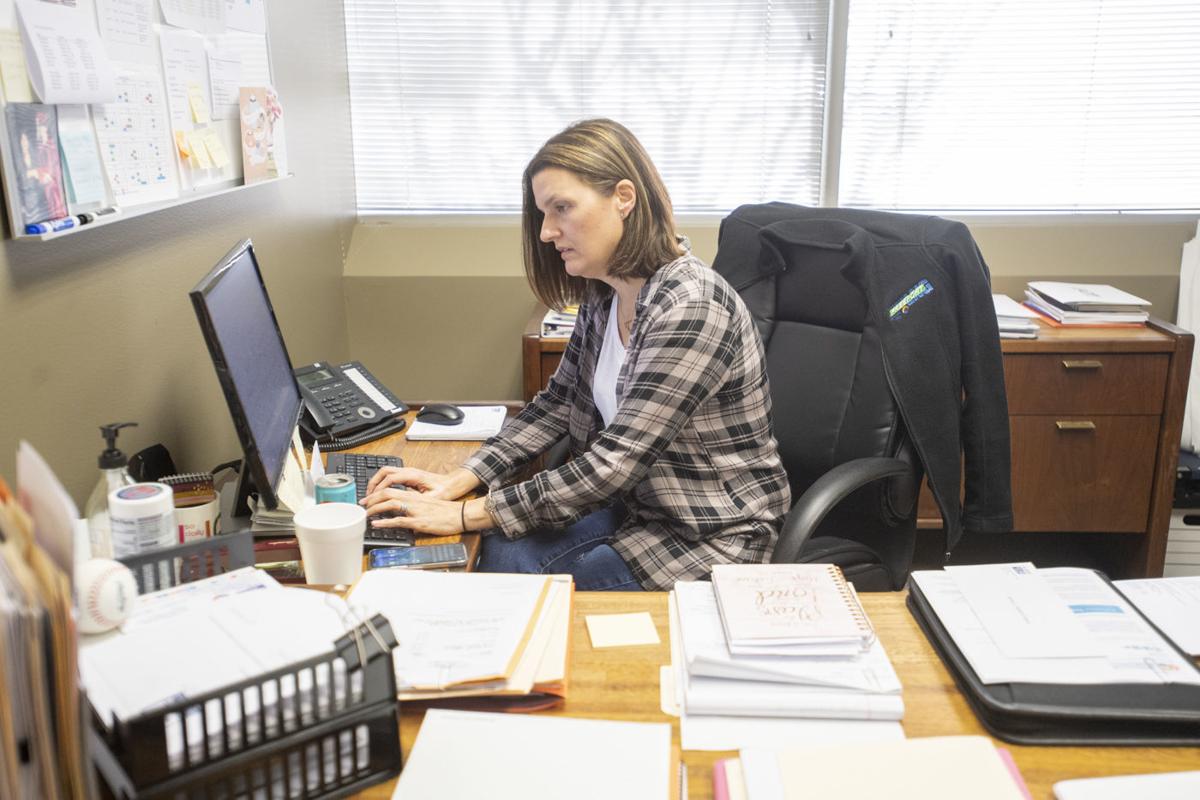 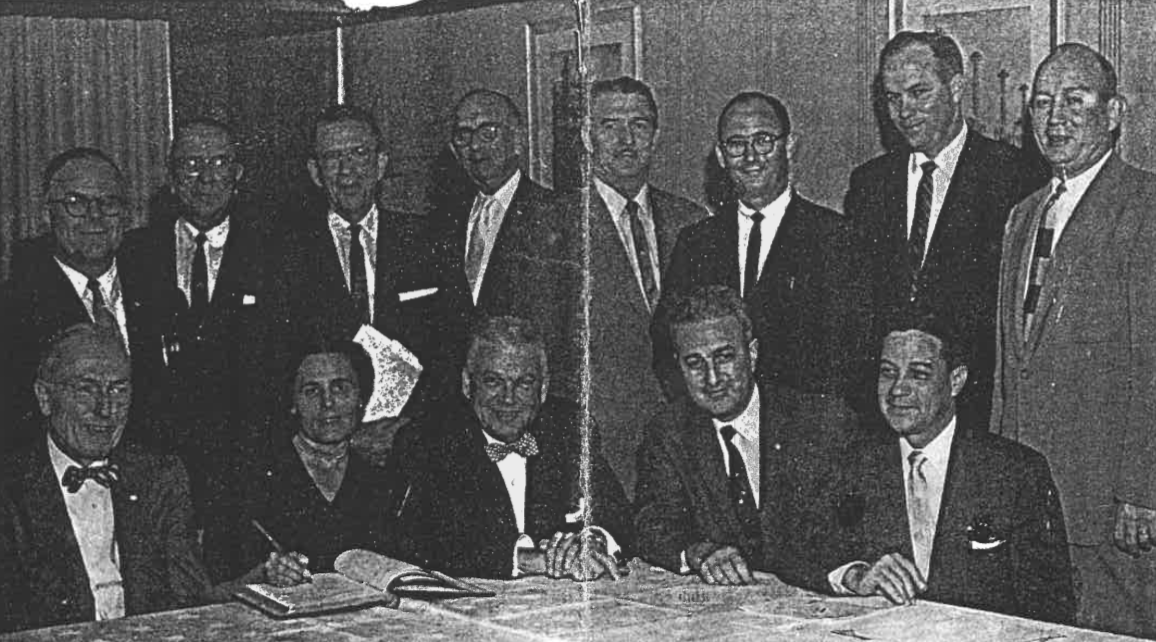 A Dow volunteer works on an activity with pre-kindergarten children on Read Across America Day on March 5 at Lake Jackson Head Start pre-school.

Gloria Luna, community outreach director with United Way of Brazoria County, discusses how she began working with the nonprofit 17 years ago.

United Way of Brazoria County’s mission statement is to “collaborate with community partners to mobilize resources, finding sustainable solutions that lead to a higher quality of life.” For the past 60 years, that’s exactly what it has been doing.

United Way was formed in 1959 by a group of local volunteers who essentially wanted to merge two separate fundraising accounts, the Community Chest and the American Red Cross, Executive Director Jenna Haviland-Alesna said.

“United Way was a way to consolidate so that a person could give to one entity that in turn benefited several,” she said.

Back then, United Way was known as the United Fund, and the organization’s first meeting, conducted by Bill Colegrove, took place April 28, 1959. Twenty-four people attended.

Among the first agencies funded were the Boy Scouts and Girl Scouts, the National Multiple Sclerosis Society, the Red Cross, Community Chest and La Escuelita. The United Fund’s first combined campaign raised $108,000, and in the years since then, more than $90 million has been collected and distributed to the community, Haviland-Alesna said.

“To date we have 32 community partner organizations, and we’re funding over 50 programs in Brazoria County,” Luna said.

Those four pillars are what United Way considers to be a good quality of life, Haviland-Alesna said.

“The wording of our mission and vision statements have changed over time, but it remains the same,” she said. “United Way of Brazoria County is here to serve the residents of our community by ensuring they are educated, financially sound and healthy. We consider our pillars the building blocks to a higher quality of life for all.

“You have to have all four of those aspects in your life. It’s kind of a holistic approach to how we meet people’s needs. We have to make sure those organizations that we fund align with those four pillars.”

Funded organizations are not the only ones to align with United Way’s mission and vision.

“We have some dedicated staff that are truly immersed in and aligned with the mission and vision here,” Haviland-Alesna said. “They work here because they really love it and they believe in what we’re trying to do.”

This rings true for Luna, who once benefited from many of the social services United Way funded without knowing it’s funded them, she said. Eventually, she joined United Way as a staff member directing people to the same services she once used, and she just celebrated her 17th year with the organization, she said.

“Had it not been for the donors of United Way and for United Way being in existence at all in Brazoria County, statistically I was doomed to be something different than what I am today,” Luna said.

Haviland-Alesna worked with United Way for years before joining the staff as executive director in 2013. The office has doubled in size since then — while the needs of Brazoria County have doubled as well, she said.

“We don’t see that changing in the near future,” she said.

Because that need is so great, one of United Way’s ongoing goals is to raise more dollars, Haviland-Alesna said. However, “there’s always more need than resources available,” she said.

United Way relies on workplace campaigns with their corporate partners, and different revenue streams that include grants and federal and state funding. “We also look at how we can collaborate with other organizations that are doing similar work, and how we can leverage off of each other to meet the needs in our county,” Haviland-Alesna said.

Over the last two decades, the organization has moved from a fundraising model to a community impact model, marking a gradual shift in the way that United Way organizations across the country do business.

“We no longer just raise funds, vet community partners and reinvest those dollars into 501©3s in Brazoria County,” Haviland-Alesna said. “We invest in programs that have lasting impact in the lives of those we serve.”

United Way strives to be a vehicle for positive social change, Haviland-Alesna said.

“We embrace leadership that is community-focused and humble, reflecting stewardship of community aspirations and resources,” she said. “United Way leads and supports community partnerships in ways that optimize achievement of shared community goals.”

The way United Way does business has changed over time to “adapt to the relevant needs in the community, and those shift,” Haviland-Alesna said. “But our mission and vision to serve has not shifted.”

Though United Way of Brazoria County marks its 60th anniversary this fiscal year, to be celebrated with a volunteer and donor appreciation lunch in May, the organization remains focused on the future.

United Way is immersed in multiple collaborative projects, including the Gulf Coast Community Network, which is a referral system used to communicate between all of United Way’s social service agencies, she said.

“Right now we have 24 organizations that are part of that collaborative,” Haviland-Alesna said. “Hopefully in the next few years, our intent is to have every nonprofit who does social services in Brazoria County to be on that network.”

One of United Way’s newer projects is in-house case management for people who are homeless or on the verge of homelessness, she said.

Tonya Visor serves on United Way’s board of directors, but from a community perspective, she believes she can see more of the impact that United Way continues to have on those who need it most.

“I see them, boots on the ground, really working with our community members to make sure we’re helping them to the best of our ability,” Visor said.

“I was humbled to be a part of the United Way’s action to help our community members who were suffering so much,” Visor said.

The first meeting of the Brazoria County United Fund, conducted by Bill Colegrove, was held on April 28, with 24 people in attendance.

Received national recognition as the only major United Way to complete four consecutive years with a 20% or greater increase in giving.

1978—The referral helpline is implemented.

1980—Bill Colegrove became the first recipient of the William D. Colegrove Volunteer of the Year award signifying dedication to United Way and the spirit of volunteerism.

1981—The Venture Grant Program was initiated to fund responses to pressing needs in the county. The Women’s Center of Brazoria County received $40,000 to deal with problems of domestic violence.

1982—A task force is established to determine the feasibility of creating a Volunteer Resource Center.

1983—Many agencies responded to Hurricane Alicia with services.

1985—United Way of Brazoria County awards a $500 grant to the Brazosport branch of the American Association of University Women to serve children in the local school district.

1987—UWBC and seven member and non-member agencies meet to organize an AIDS Education Task Force to provide better public information and communication about the disease.

1990—The campaign raised over $3.5 million and achieved one of the largest percentage increases in the country.

1991—UWBC’s Volunteer Resource Center launches the Volunteen Program to place teen volunteers in a number of UW and other nonprofit agencies.

1995—UWBC and Habitat for Humanity work together to coordinate the first Neighbor Day.

2015—Eight Community Listening Sessions are held over the course of nine months in order to engage dozens of community members.