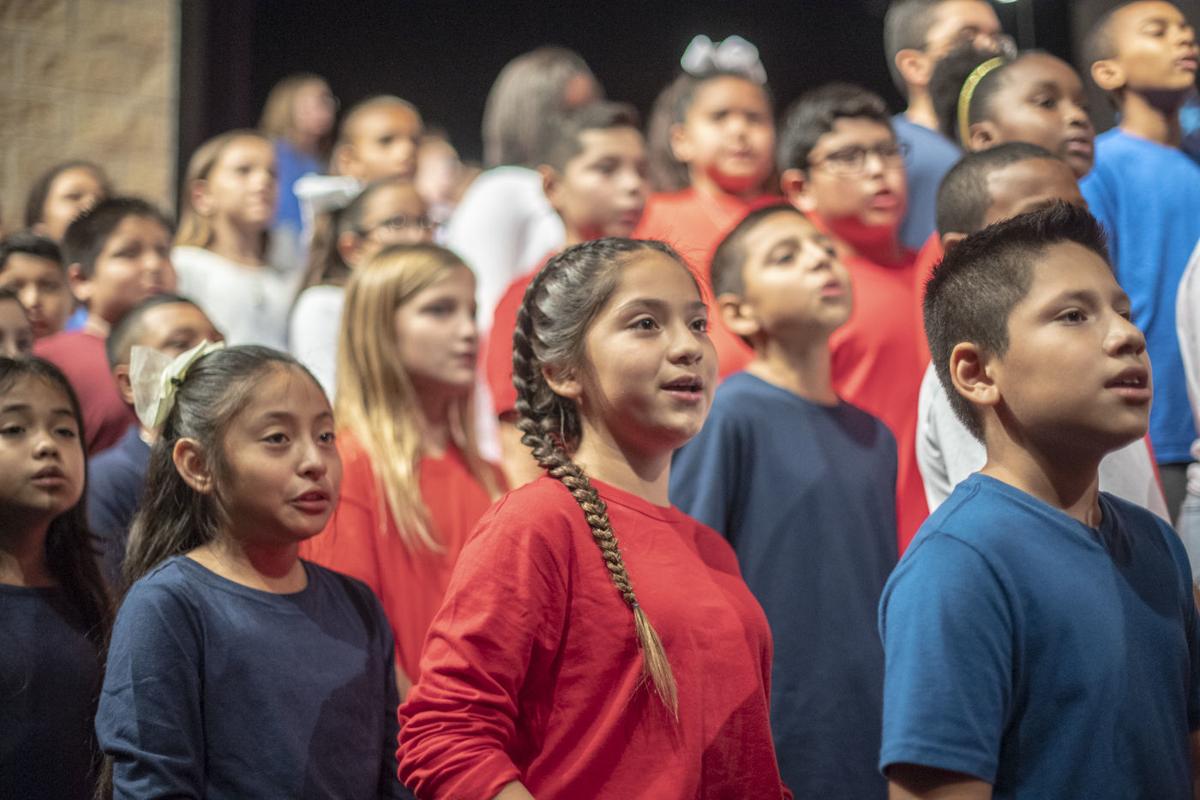 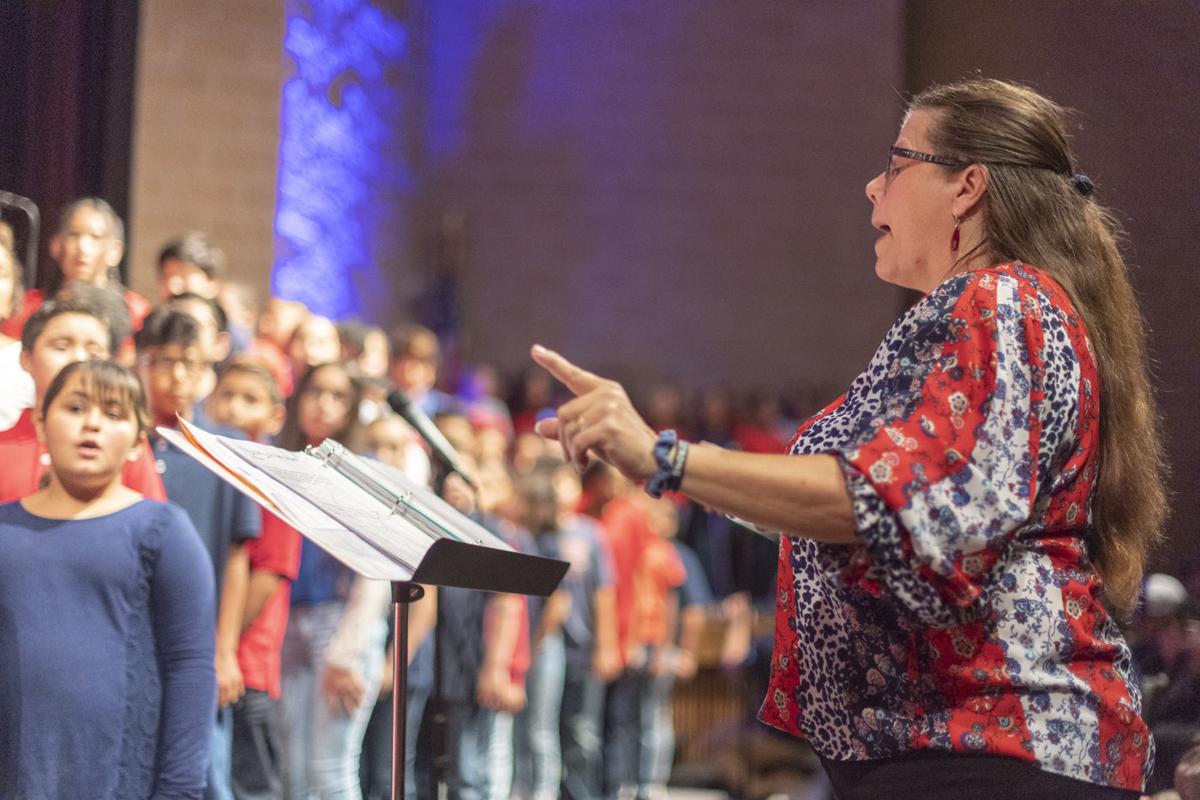 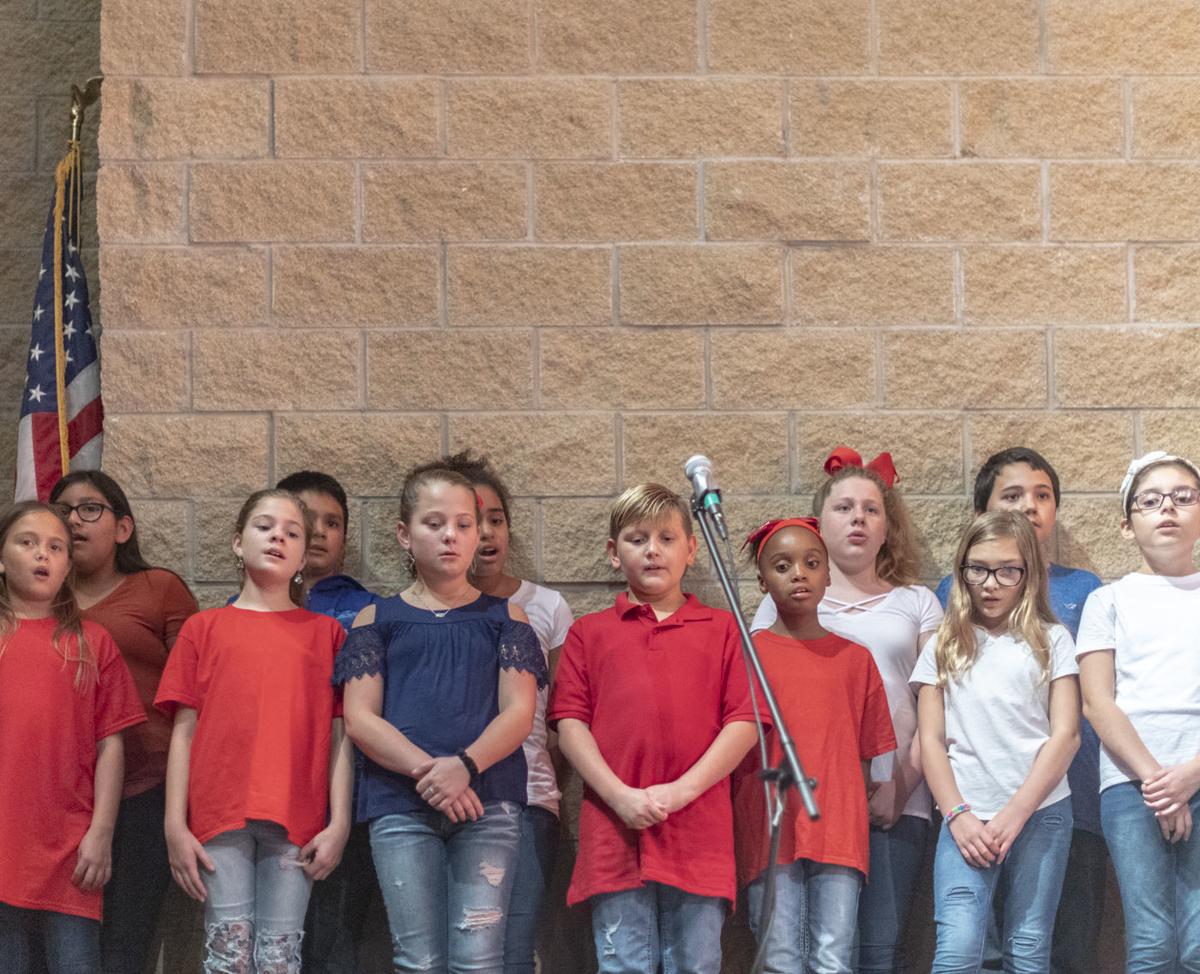 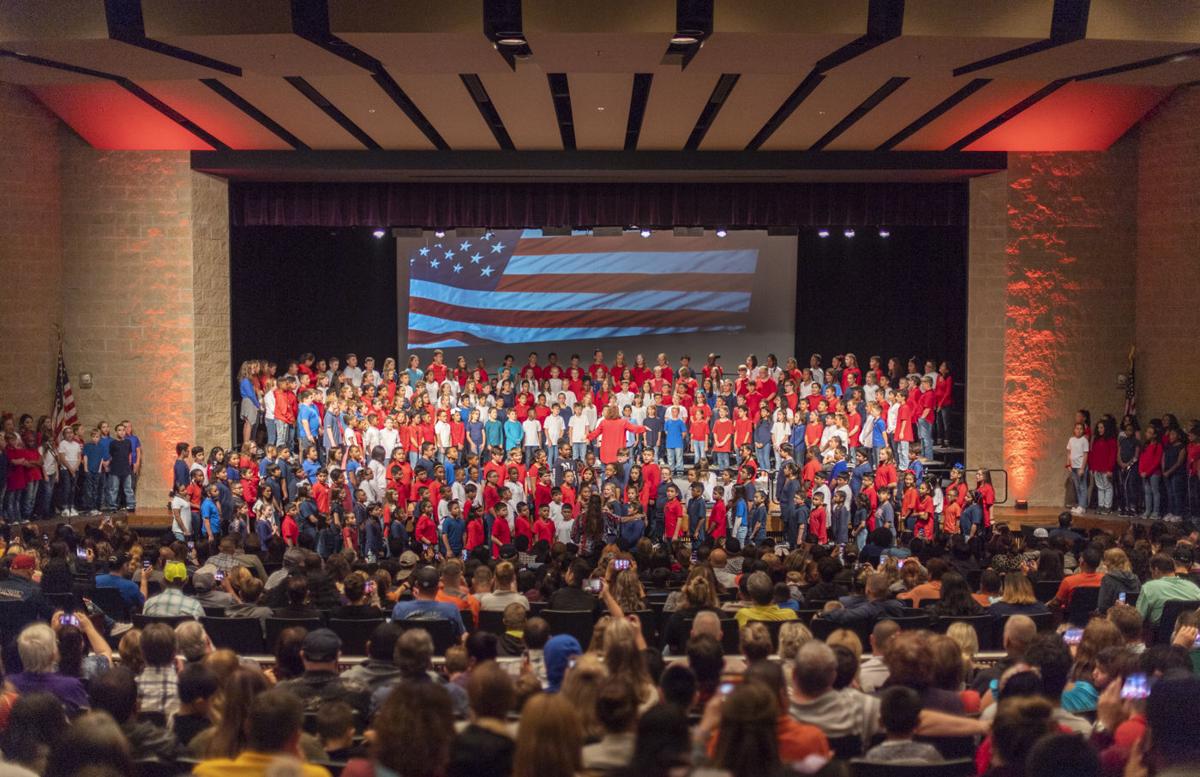 The roughly 400 fifth-graders from six schools in Angleton ISD came together Thursday night for a special performance to honor service members ahead of Veterans Day.

The roughly 400 fifth-graders from six schools in Angleton ISD came together Thursday night for a special performance to honor service members ahead of Veterans Day.

ANGLETON — Four hundred resounding voices filled the space in the Angleton High School auditorium as students sang songs to honor service members who sacrificed for all of America’s enjoyed freedoms.

The area was transformed into a sea of red, white and blue as fifth-grade students from the district’s six elementary schools took part in the patriotic program ahead of Veterans Day.

“We have 400 fifth-graders (districtwide) and they don’t practice this program together, so it’s amazing they’re doing it now,” Westside Elementary music teacher Parrish Gayle said. “We all work on the same music — we switch the program every year and the kids work on it in the class. Fifth grade is a little more mature and the songs are a little more difficult.”

The students learned nine songs, including the national anthem, “God Bless America” and “Fifty Nifty,” which teaches all 50 states in alphabetical order.

In between songs, students addressed the packed auditorium with information about history, patriotic sayings and gestures of gratitude toward veterans.

“With patriotism, if it doesn’t start at this age, it’s not going to be there,” Gayle said. “It’s very important that we, as a whole, we do our part to educate our kids and to teach them what patriotism is and to value this country and the sacrifice our veterans have made.”

As the “Armed Forces Melody” rang out, a song which includes singing parts for all five branches of the military, service members in the community were invited to stand and be recognized during their part of the melody.

After weeks of practicing and more than a decade of performances, educators said they were very proud of how smoothly and beautifully the students performed Thursday evening.

While practicing for the program takes discipline and dedication, music educators said the message of service to country and sacrifice is what they hoped they delivered to the students as well as the audience.

“We talk a lot about it and it’s brought up a lot of great conversations in class about veterans — who they are, why we need to honor them — but it’s mostly that they need to honor people that have sacrificed for them,” Wroblewski said.