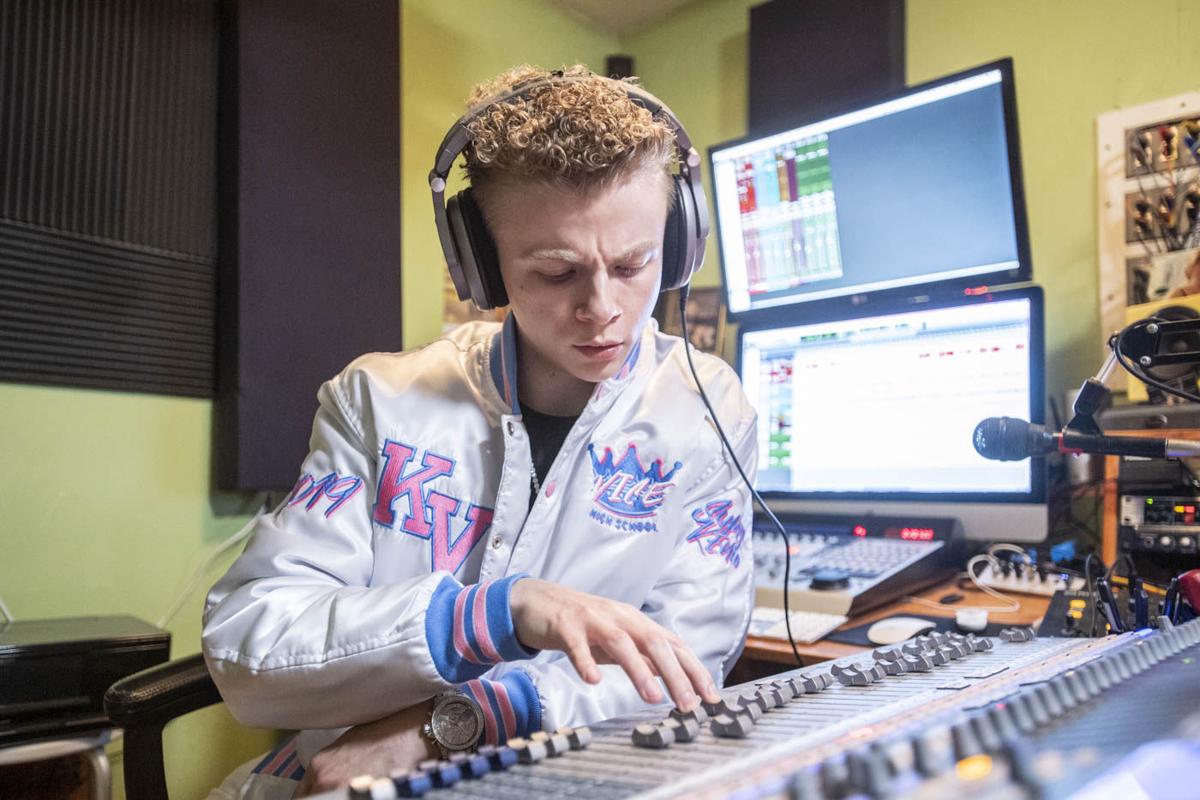 Eric Edwards, also known as Kenzo Vice, works on a mix Dec. 28 in Richwood. Edwards decided to try producing music professionally in 2016 when he went to a recording studio in Houston and created a mix tape of six tracks. In 2018, he released his first single, titled “I’m Up.” 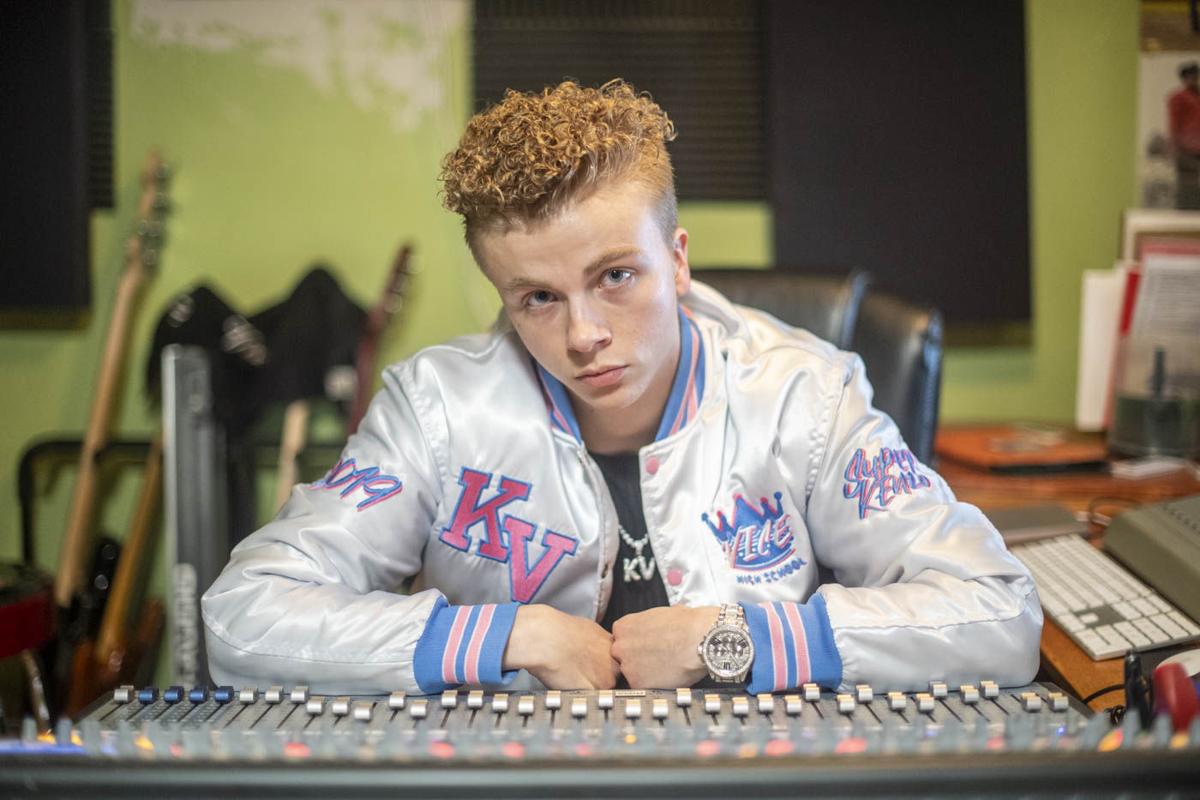 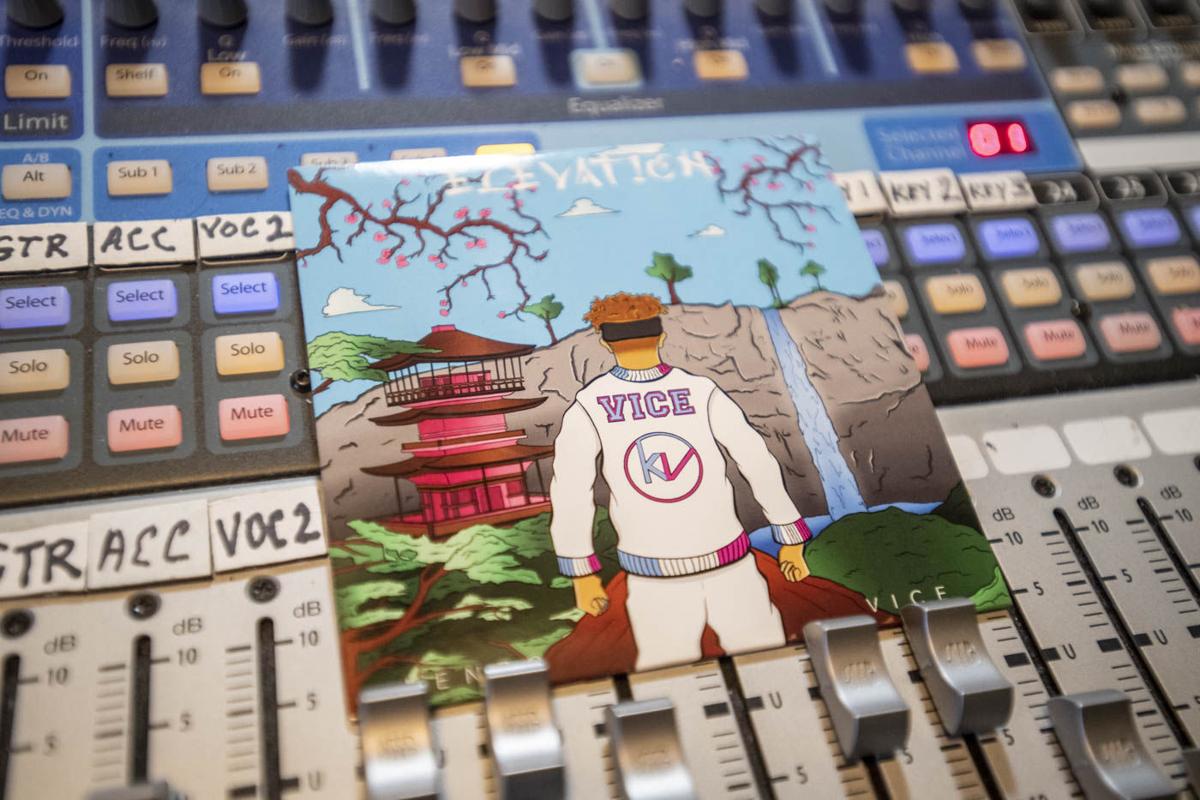 In August, Edwards released his debut album, titled “Elevation.” It is available for streaming on a variety of music platforms.

Eric Edwards, also known as Kenzo Vice, works on a mix Dec. 28 in Richwood. Edwards decided to try producing music professionally in 2016 when he went to a recording studio in Houston and created a mix tape of six tracks. In 2018, he released his first single, titled “I’m Up.”

In August, Edwards released his debut album, titled “Elevation.” It is available for streaming on a variety of music platforms.

A chieving one’s dreams isn’t always easy, but that doesn’t mean they are impossible — and Eric Edwards is living proof of that.

Edwards, an Angleton native, is a rapper, singer, songwriter and model known professionally as Kenzo Vice. The moniker comes from a high school nickname: Ken, as in Barbie’s boyfriend; Edwards’ favorite car from the early 2000s, the Ferrari Enzo; and his theme colors of light blue and pink, like the TV show “Miami Vice.”

Long before the 22-year-old Edwards became Kenzo Vice, though, he was a kid who freestyled for fun. He decided to try it professionally in 2016 when he went to a recording studio in Houston and created a mix tape of six tracks. In 2018, he released his first single, “I’m Up.”

The music video for the song ended up on Vevo, which is unheard of for first videos from brand-new artists, he said.

For each of his songs, he writes every word, he said. Inspiration comes from everywhere, including life experiences, he said.

“I have ADHD and ADD, so that’s an interesting combination,” he said. “It’s a gift and a curse, but I see it as more of a gift. There’s never a dry day where I just can’t come up with anything.”

“It sounds crazy considering the music I make, but Elvis Presley was just a big inspiration with me style-wise and how he composed himself,” Edwards said.

In August, Edwards released his debut album, “Elevation.” There are plans in the works to soon release a new version of “Control,” one of the songs on the album, Edwards said. The new version will feature a collaboration with his wife LaPorshe’.

“That’s just the start of everything,” LaPorshe’ Edwards, 24, said of their collaboration.

They have plans to create a YouTube channel called Drip Military, which might feature vlogs, she said.

“We really want everyone to have a part in actually seeing what goes into our creative pursuits,” LaPorshe’ Edwards said.

LaPorshe’ is a social media influencer who began posting funny Instagram videos in 2014 before moving to different platforms. She began live broadcasting in 2017, pushing positivity through a variety of fun videos, she said.

“People go through so many things in their life, they just want to come to my broadcast and just chill out,” LaPorshe’ said. “I would play just music, DJ — anything that came to mind.”

LaPorshe’s experience across her different entertainment ventures has helped her husband stay focused on his work, Eric Edwards said. Together, they research and figure out ways to do more, he said.

“I always move in a way to really build my legacy,” Eric Edwards said. “What it comes down to is making my legacy memorable both for me and my fans.”

It’s a legacy that does not come easy every day — but the hardships don’t deter Eric Edwards from pushing through the difficult days of negative comments, unnecessarily brutal feedback, lack of support and more.

Eric Edwards has gotten there — and in the future, he would like to pay forward his success by helping other artists.

“There’s so much talent in Brazoria County,” he said. “I want to help other young artists to see that it’s very much doable and it’s easy to attain as long as you live right and build good business connections, and you continue to be consistent with your talent and with your work.”

In the meantime, he has big plans for the rest of the year.