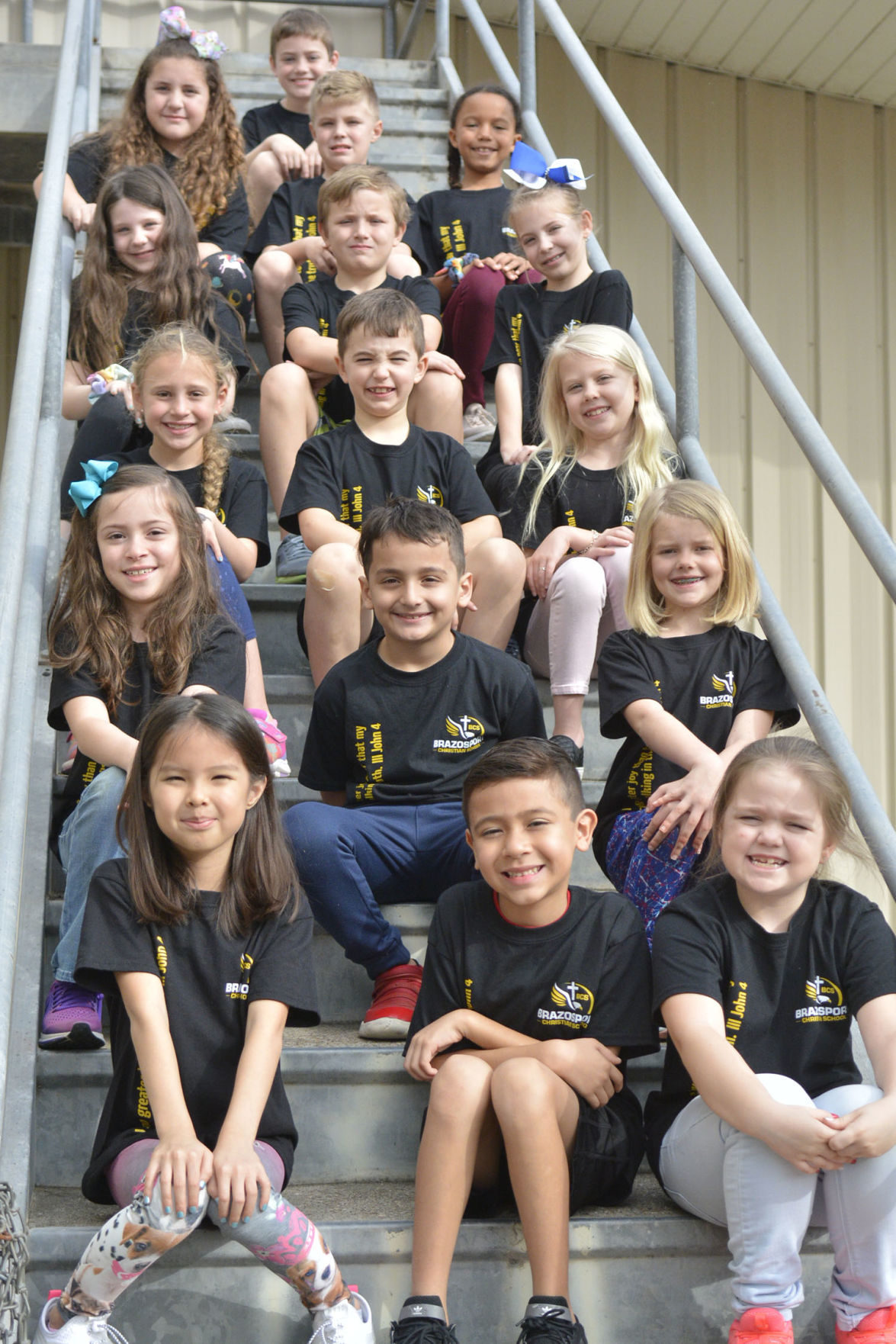 Ana Sweatt’s second-graders at Brazosport Christian School worked together to create a book about how they are “Fearfully and Wonderfully Made.” 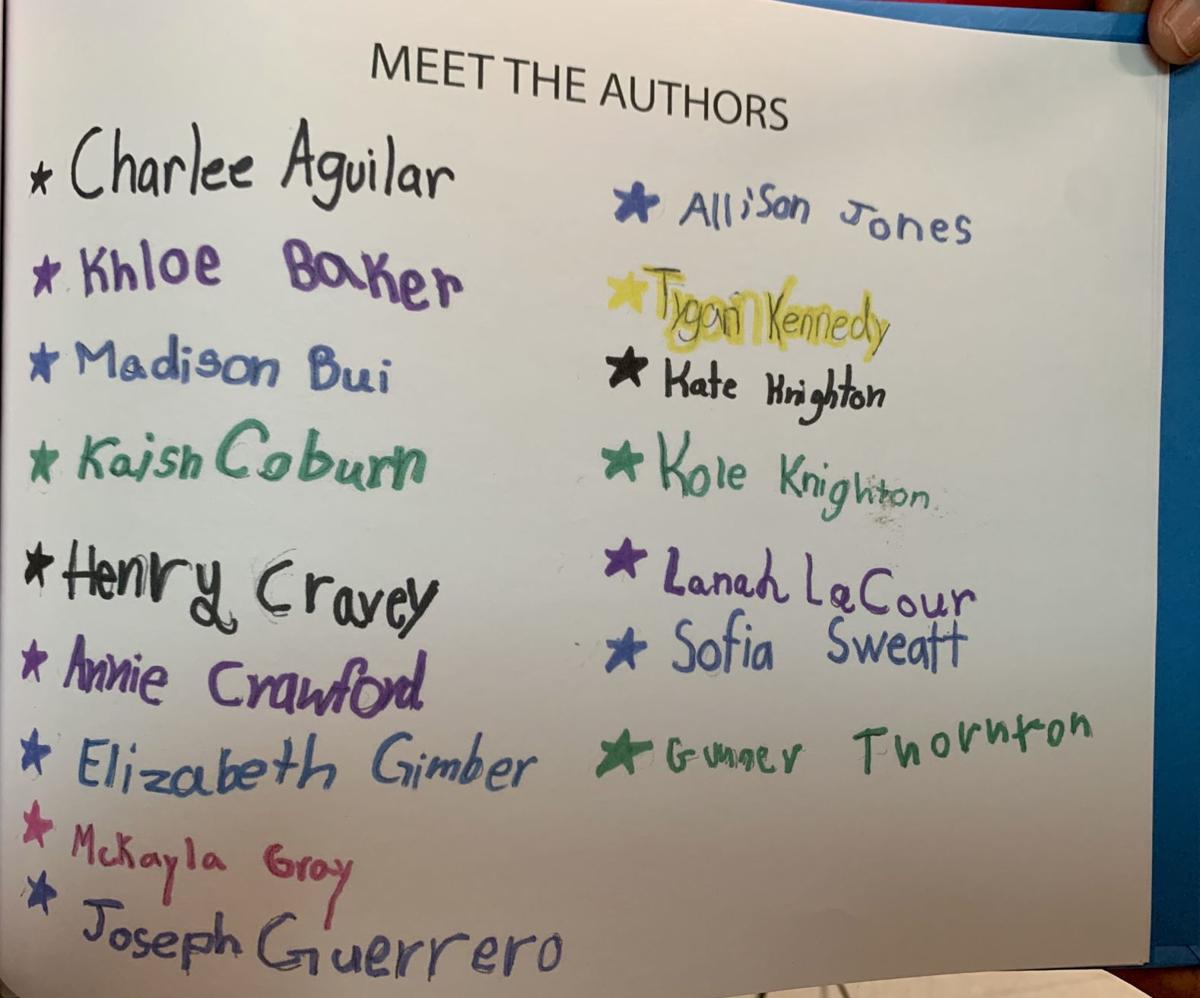 Brazosport Christian School second-graders wrote and illustrated a book together. Each student signed his or her name to an author page. 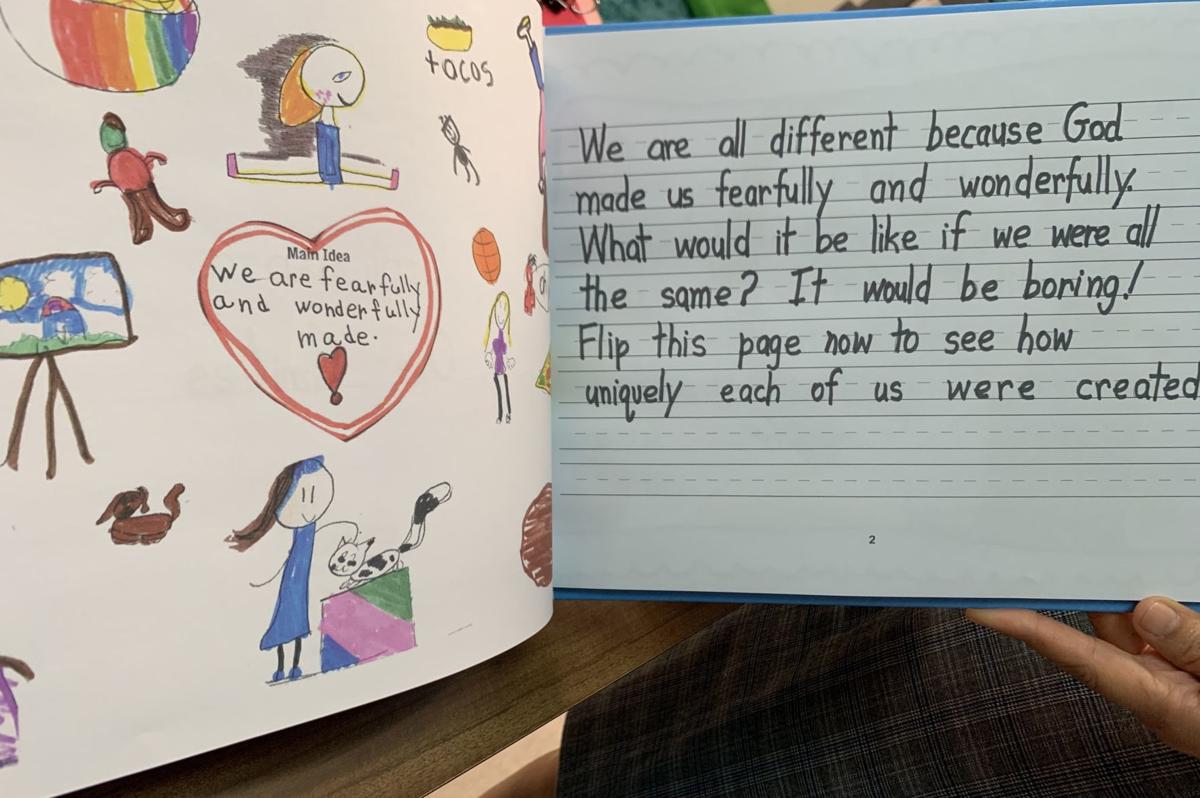 Brazosport Christian School second-graders from Ana Sweatt’s class worked together to write and illustrate their book, “Fearfully and Wonderfully Made.” The book’s pages are printed with the students’ handwriting, and they worked with art teacher Sherry Evans to create the illustrations.

Ana Sweatt’s second-graders at Brazosport Christian School worked together to create a book about how they are “Fearfully and Wonderfully Made.”

Brazosport Christian School second-graders wrote and illustrated a book together. Each student signed his or her name to an author page.

Brazosport Christian School second-graders from Ana Sweatt’s class worked together to write and illustrate their book, “Fearfully and Wonderfully Made.” The book’s pages are printed with the students’ handwriting, and they worked with art teacher Sherry Evans to create the illustrations.

Many writers dream of having a book published. Whether the second-graders at Brazosport Christian School had that dream, it’s become their reality.

“Fearfully and Wonderfully Made” is the name — and central theme — of the book that Ana Sweatt’s 16 second-graders created with a personal touch. The pages are printed with the students’ handwriting.

“They picked a theme and each wrote part of a story,” said Erin Cravey, who teaches first grade at the school and is a parent of one of Sweatt’s students. “They all drew artwork for it as well.”

With the title and theme being what it is, the book is about how God has made everybody unique, with different strengths, appearances and purposes that are all special, Cravey said.

It’s true for Sweatt’s class, which is very diverse, she said. She has students of varied ethnicities and social status, and some with learning disabilities, she said.

Working on the book created an opportunity for the kids to discuss and learn about their differences and how those differences can be positive.

“When we started the book, we talked about how to understand that we are fearfully and wonderfully made,” Sweatt said. “Our differences make us bigger, the way that God created us to be.”

While working on the book, the students talked about what they liked about themselves and their families, and what they wanted to be, Sweatt said.

“There has been such a joy seeing that they have learned a little bit about themselves,” she said.

For Khloe Baker, 8, getting to learn about her classmates was her favorite part of working on the book with them, she said.

Khloe’s mom, Tiffany Baker, thinks that in working on the book, her daughter learned something about herself.

“One of the things she’s overcome in the past year is becoming diabetic,” Tiffany Baker said. “Khloe is shy and she gets kind of nervous about things, but when it comes to her diabetes, she’s become super brave, and I think she realized that in writing her book.”

A lot of hard work went into the students’ book, including practicing penmanship, developing writing skills and working with art teacher Sherry Evans to draw illustrations — for which some of the students are very gifted, Sweatt said.

“I’m very proud of them for the work they did,” she said.

Sweatt is careful not to claim all the credit for her students’ accomplishment, saying that everybody, even other teachers and parents, had a role to play.

“That’s why it takes a village to raise a child,” Sweatt said. “I think our village in Brazosport Christian School took a little bit of everybody.”

A college English teacher spoke with the class about what she loves about writing, Sweatt said. Support from the students’ families was also important, she said.

“It was a community effort … for lack of better words, to give birth to the book,” she said.

As a teacher, Sweatt recommends the experience for any class and believes it offers students a chance to learn more than just how to write, she said.

“They will learn the importance of writing and also the love of writing,” Sweatt said.

Khloe Baker is already hard at work on her next book to publish — about a girl detective who hears about the coronavirus and wants to find out what it is and how to help, Tiffany Baker said.

The inspiration came when Khloe wanted to find a way to help during the pandemic, and in researching the book, she’s even found out some things her mother didn’t know, such as the origin of the name “coronavirus,” Tiffany Baker said.

“She sat down and did all her research online, and is including some facts in the book that align with the storyline,” Tiffany Baker said.

The published book also provides the students with a keepsake.

They will have something that they can look back on and say, “Wow, I did that with my classmates,” Sweatt said.