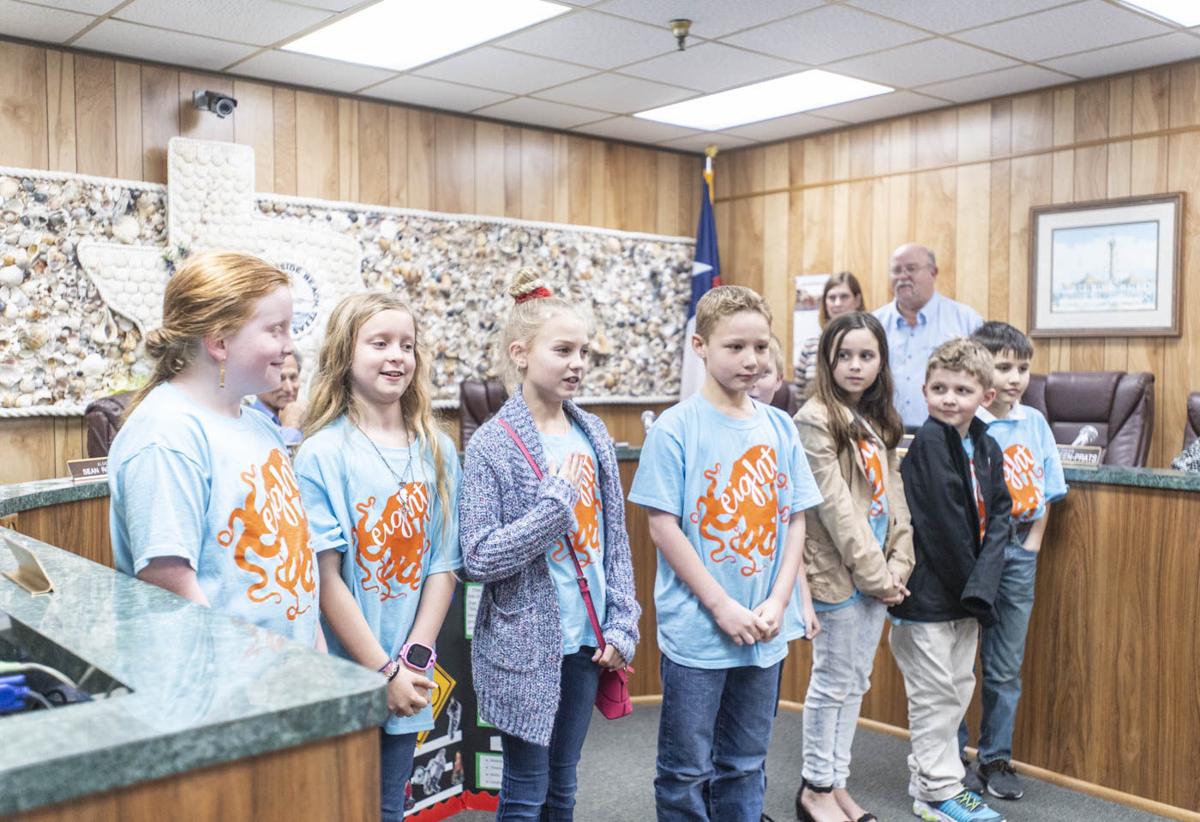 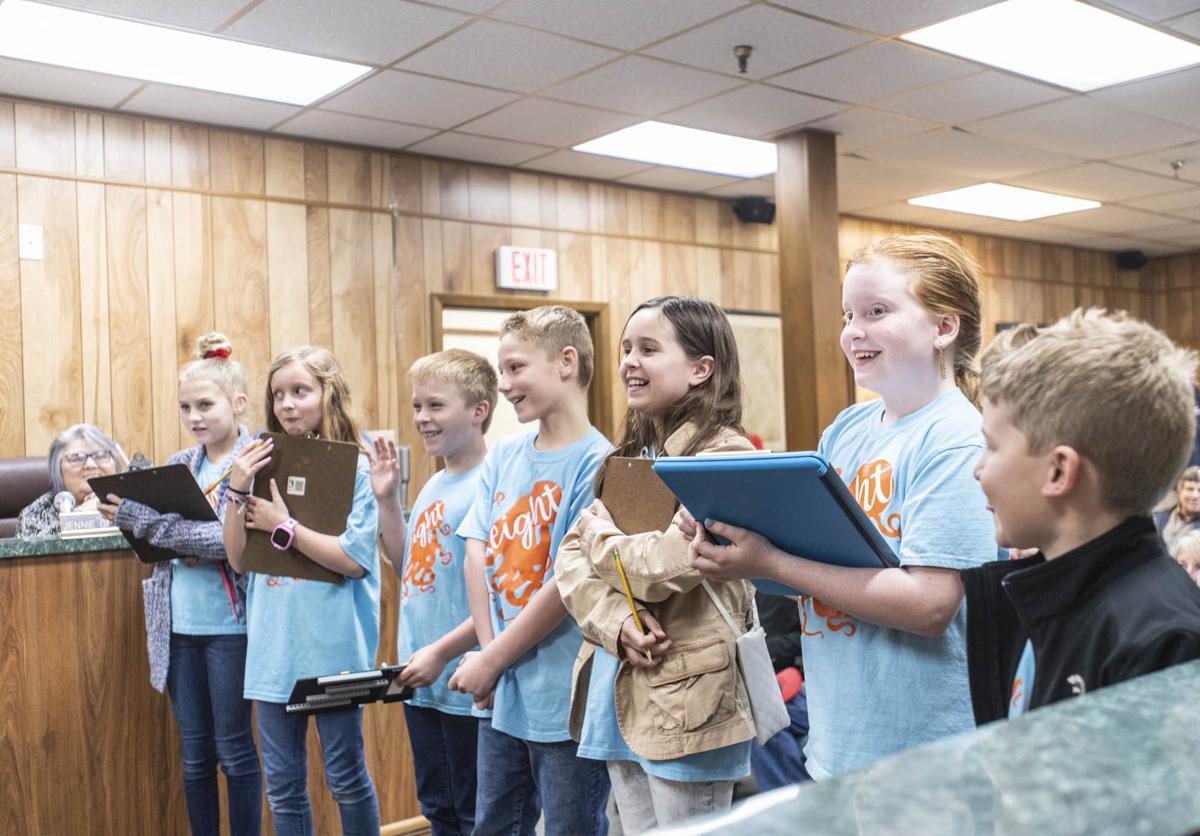 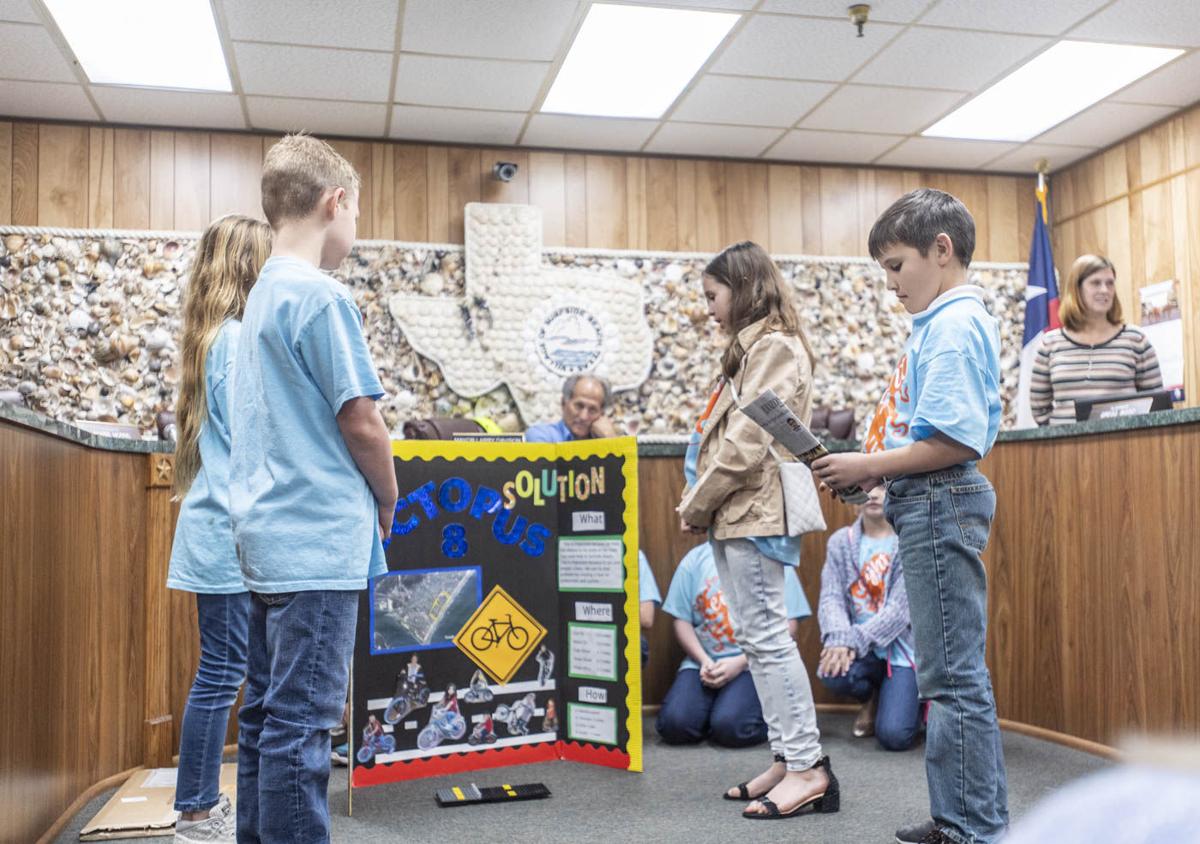 The fourth-grade robotics club members from Angleton Christian School perform a skit Tuesday about how to improve pedestrian safety in Surfside Beach during its village council meeting Tuesday. 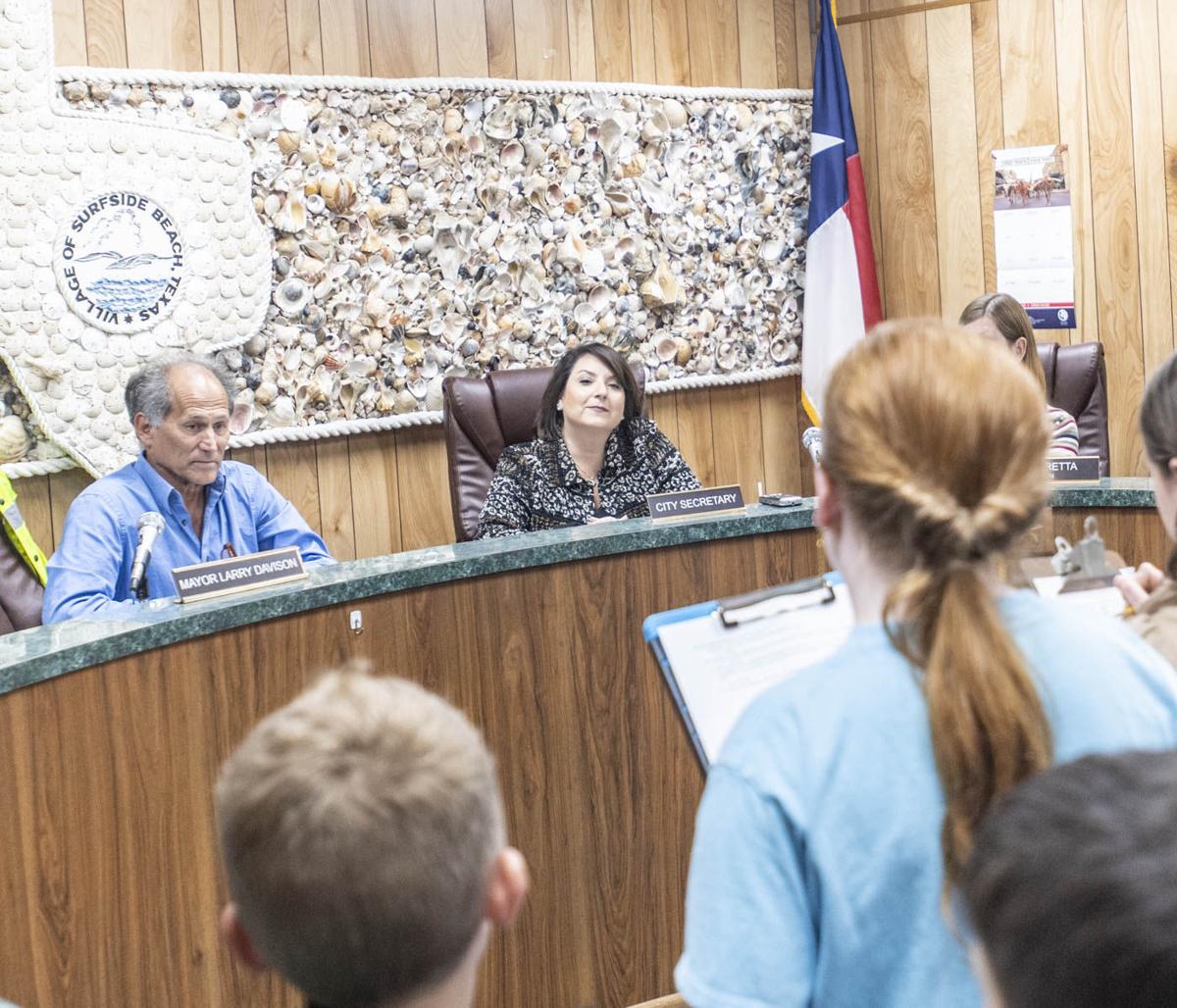 The fourth-grade robotics club members from Angleton Christian School perform a skit Tuesday about how to improve pedestrian safety in Surfside Beach during its village council meeting Tuesday.

The Octopus Eight isn’t an actual octet of cephalopods. It is a group of Angleton Christian School students, and they surfaced on the coast to give a presentation about pedestrian safety.

The students’ appearance Tuesday night before Surfside Beach Village Council began with a skit. Two of the group posed as parents while the rest acted out the part of kids eager to ride their bikes to the beach. First, a cautious mom agreed, but Dad was more flippant.

“Just don’t get ran over,” Alex Haase said, eliciting a wave of laughter.

The next scene showed slightly more worried “parents.” Arianna Steves expressed her fear the roads were narrow and dangerous before she and “Dad” cited pedestrian injury statistics from the National Highway Traffic Safety Administration and Centers for Disease Control and Prevention. The kids whined and pleaded, but Dad was firm.

Ultimately, the children’s play personas banded together to make sidewalks and speed bumps in their area so everyone could safely go to the beach. The presentation included detailed information about which streets in Surfside Beach need improvements and street signs the children brought as examples.

“We are members of the First Lego League, which is an international group, and the students compete in lots of different portions,” Vice Prinicpal Patty Vandaveer said. “Every year First Lego League has a different theme, and this year it was on cities and shaping cities. Their challenge was to pick a public space in their community that they wanted to improve.”

The fourth-graders brainstormed different areas and problems they wanted to address. Finally, they settled on ways to make Surfside beaches safer and more accessible for people walking or cycling.

“We did a presentation about Surfside because we felt like it was a good place,” student Brooke Ricks said. “A lot of people go to the beach in the summer.”

Together, they learned about the existing roadways and sidewalks in Surfside, then made a plan for improvements. They also created a posterboard outlining the plan and worked on their skit to present it. They hope their work will have a real-world impact.

“We researched what we thought would be the best to improve the roads in Surfside, that way it would be easier to get from place to place,” student Caleb Ausmus said.

Their presentation may have sparked some ambition as well. As the students finished, Mayor Larry Davison asked if any of them wanted to join the council someday. Student Jerry Harrell promptly raised his hand.