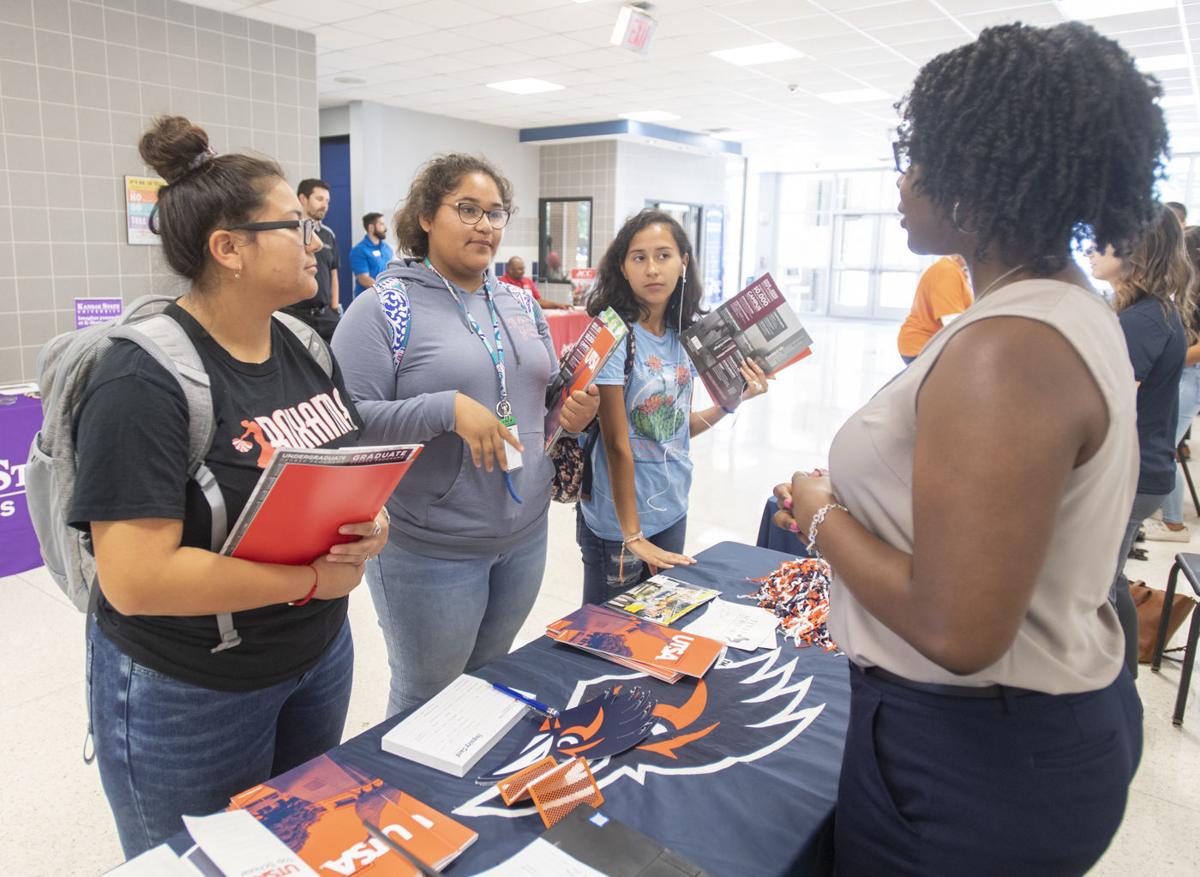 Junior classmates Gabriella Gonzales, left, Abigail Mendoza and Maritza Silva show interest in learning about the University of Texas at San Antonio on Wednesday during the Fall Fair at Brazoswood High School. 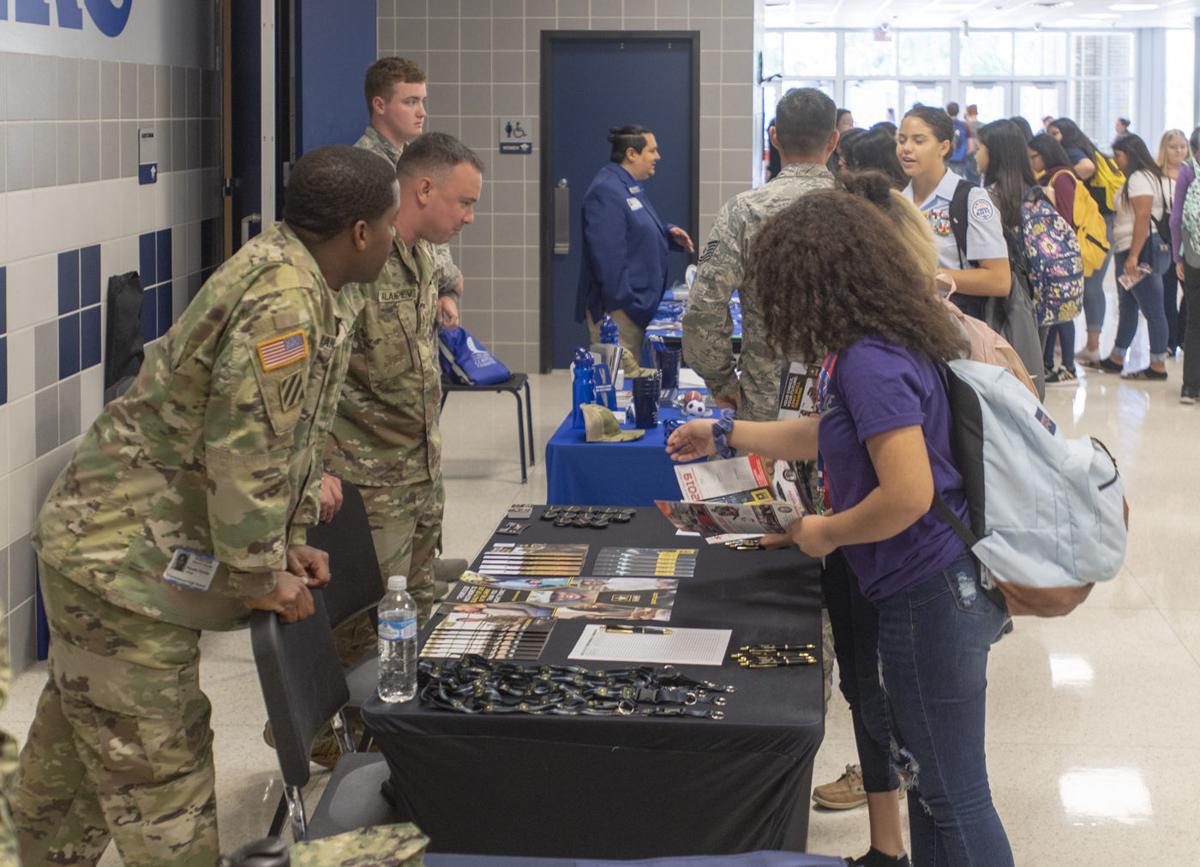 Students stop by booths Wednesday at Brazoswood High School to receive information about different colleges during the school’s Fall Fair. 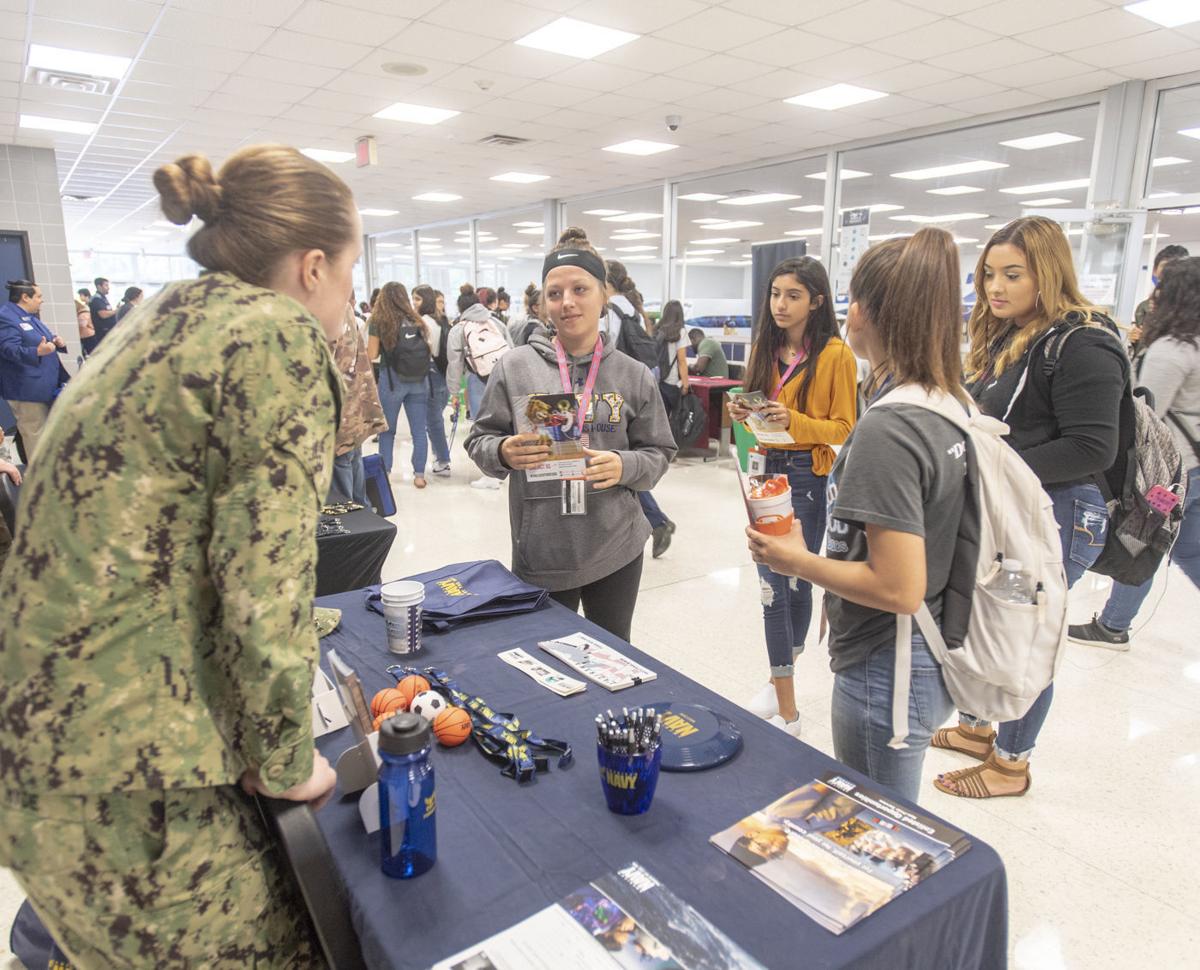 Brazoswood students speak with Navy representative Kaela Hyde on Wednesday during the school’s Fall Fair where students could learn about furthering their education. 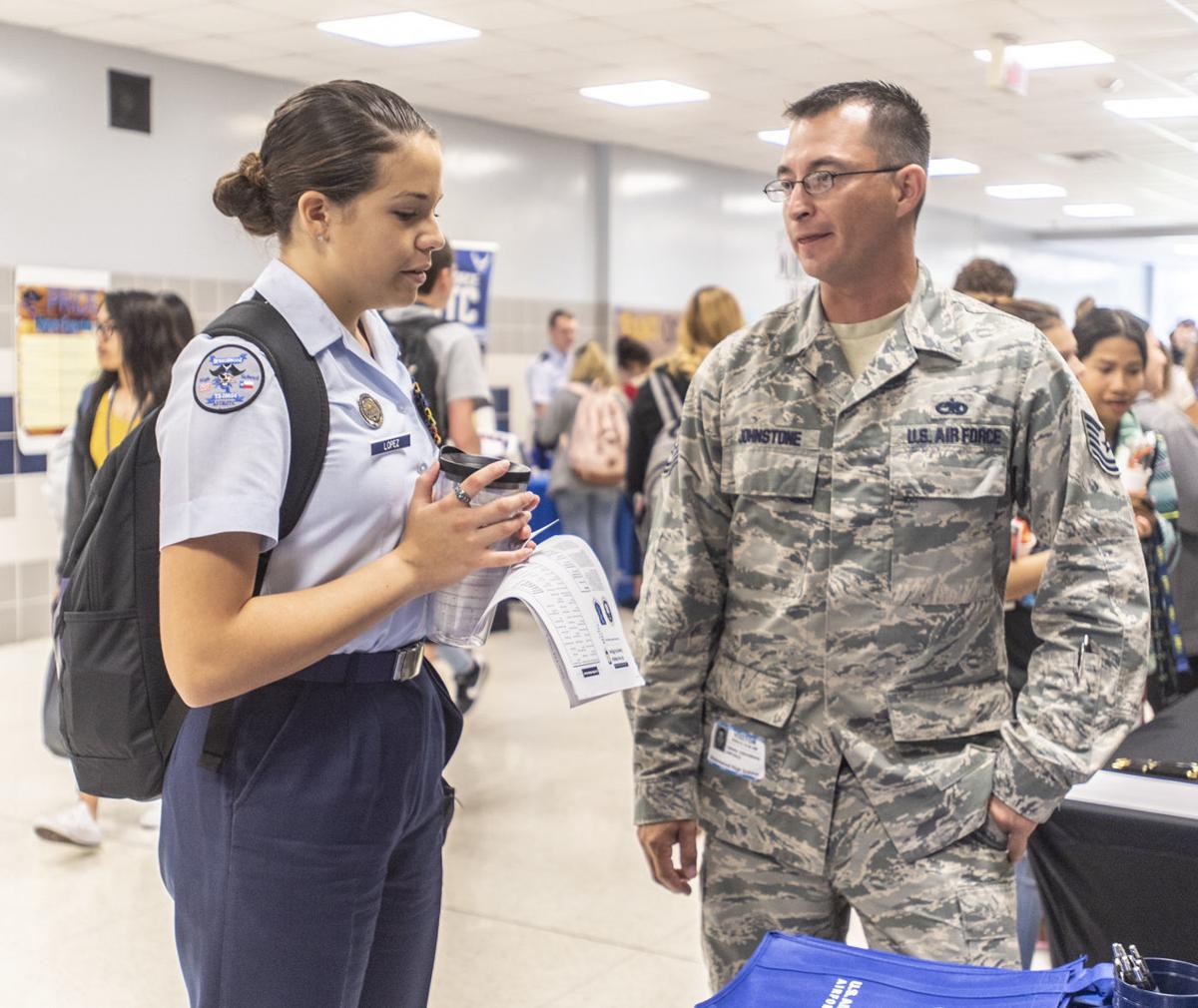 Junior classmates Gabriella Gonzales, left, Abigail Mendoza and Maritza Silva show interest in learning about the University of Texas at San Antonio on Wednesday during the Fall Fair at Brazoswood High School.

Students stop by booths Wednesday at Brazoswood High School to receive information about different colleges during the school’s Fall Fair.

Brazoswood students speak with Navy representative Kaela Hyde on Wednesday during the school’s Fall Fair where students could learn about furthering their education.

CLUTE — Brazoswood High School Counselor Cindy Schwebel wants to make sure her students know they have options other than college after graduation.

“Everyone is not going to be going to college,” Schwebel said. “We need to offer a variety so we meet the needs of everybody.”

That’s why representatives of trade schools, military branches and colleges gathered in the foyer of Brazoswood during lunch periods Wednesday for the third annual Fall Fair, Schwebel said.

The fairs are much more successful at attracting students’ attention rather than having one or two visitors at a time, she said.

“This is where they’re most open to different ideas,” Johnstone said. “Their future is not set.”

Serving goes hand in hand with education, he said.

The Air Force is the only military branch to offer its own community college, he said. Airmen are evaluated annually to make sure they have grown in their professionalism and education, Johnstone said.

Senior and Air Force Junior ROTC Cadet Alyssa Lopez intends to go into the Air Force, hopefully after earning a nursing degree in college, she said.

JROTC has helped her become more obedient, which she struggled with before joining, Lopez said. That solidified her decision to become a nurse in the Air Force, she said.

“It’s really been a good point in my life,” Lopez said after talking to the recruiters.

When Marine Gunnery Sgt. Victor Rodriguez talks to high school students, he asks “future impact questions,” he said. Those include whether students want to go to college, if they know how much it costs, where they see themselves in four years, whether they might qualify for the Marine Corps and what their goals are, Rodriguez said.

“We show how the Marine Corps can help achieve those goals,” he said.

The Corps offers tuition assistance and a way to serve the country, Rodriguez said. There are more than 300 jobs in the Marine Corps and 80 percent are not combat-related, he said.

John Walsch attended the fair to represent the School of Automotive Machinists and Technology in Houston, he said. Students leaving the school start with an average annual salary of more than $52,000, Walsch said.

“It’s a skill set that they’ll have for life,” he said.

Technical schools are beneficial because there always will be a need for electricians and mechanics, Walsch said. Many students go for liberal arts or social science degrees, but he hoped to show them the benefits of a trade school, he said.

Colleges from outside of the immediate area attended to make students aware of schools unfamiliar to many of them.

Jillian Miller, the Houston-area admissions officer for University of North Texas, said events like Brazoswood’s fall fair help them attract students from outside the Dallas-Fort Worth area. It allowed her to promote what the Denton university has to offer, including that it is one of the top music schools in the nation, she said.

Texas Southern University piqued the interest of sophomore Imunique Williams said because of her intended career path. She hopes to be a pediatrician or physical therapist, Williams said, and has to pick a Texas school to attend first before her mother lets her go farther to her dream school, the University of Denver.