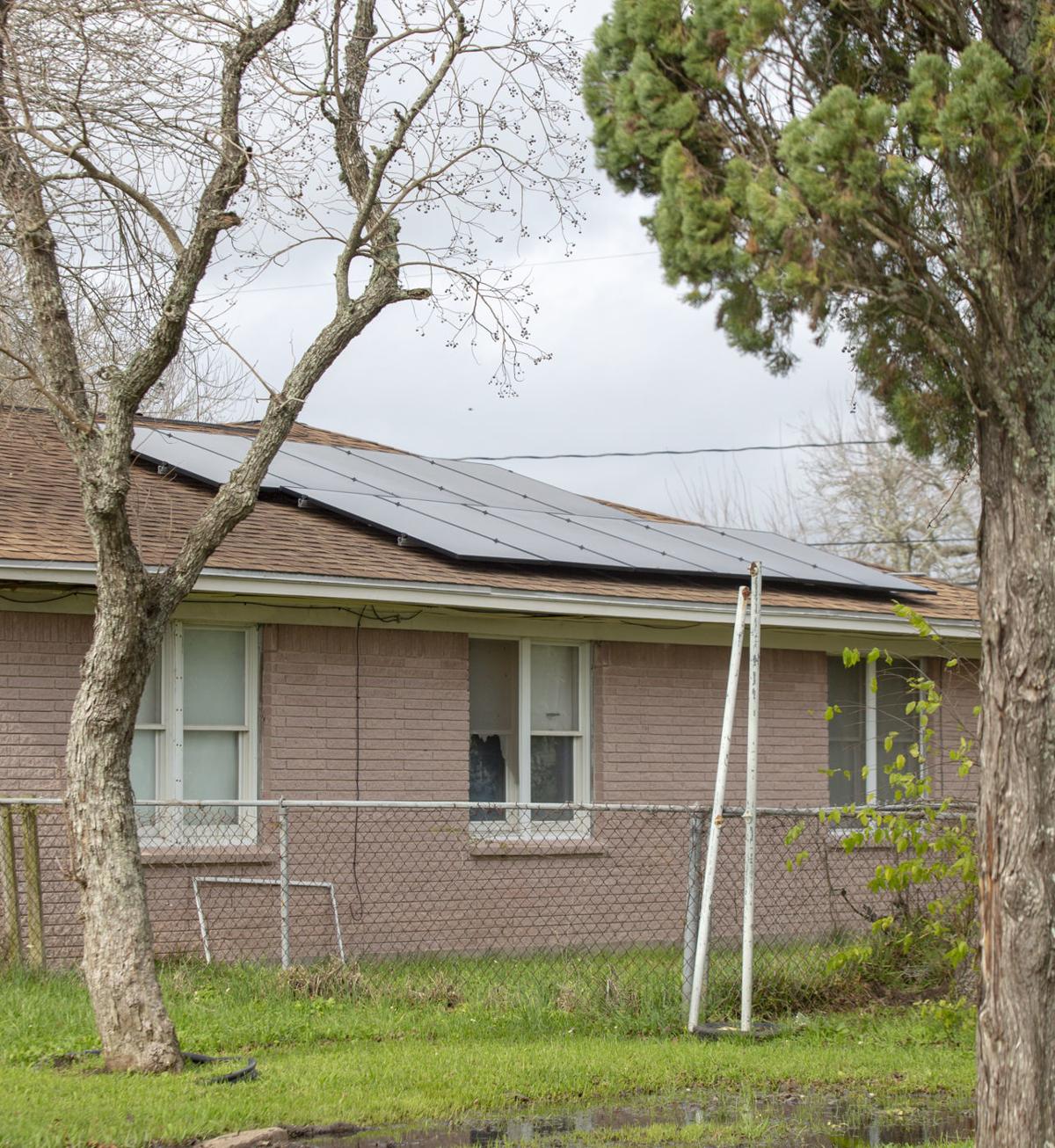 A house is equipped with solar panels in Freeport installed by The Halo Crew. 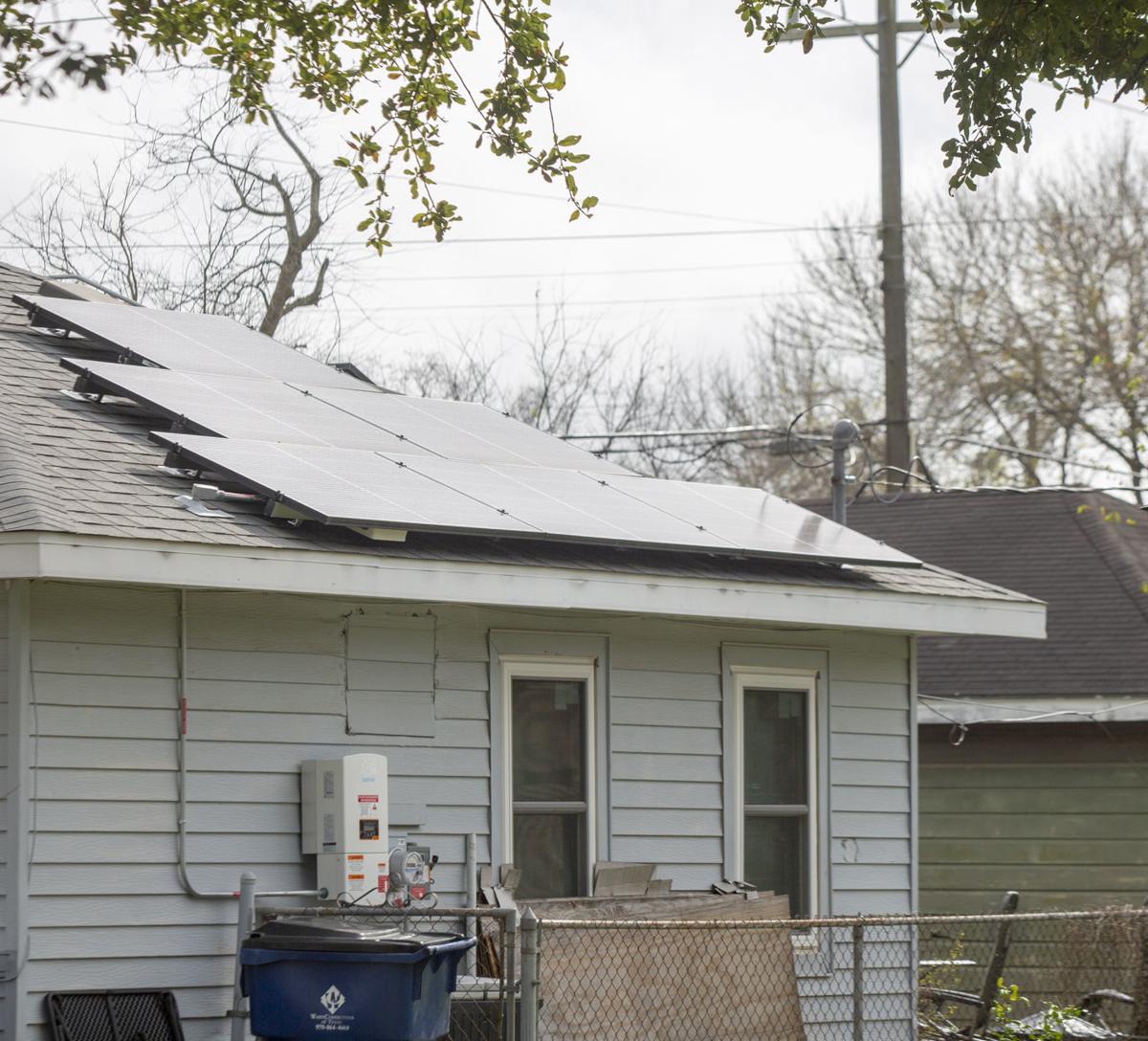 A house in Freeport had solar panels installed by Sunrun Installation. Solar panels provide clean and renewable energy as well as save on utility bills. 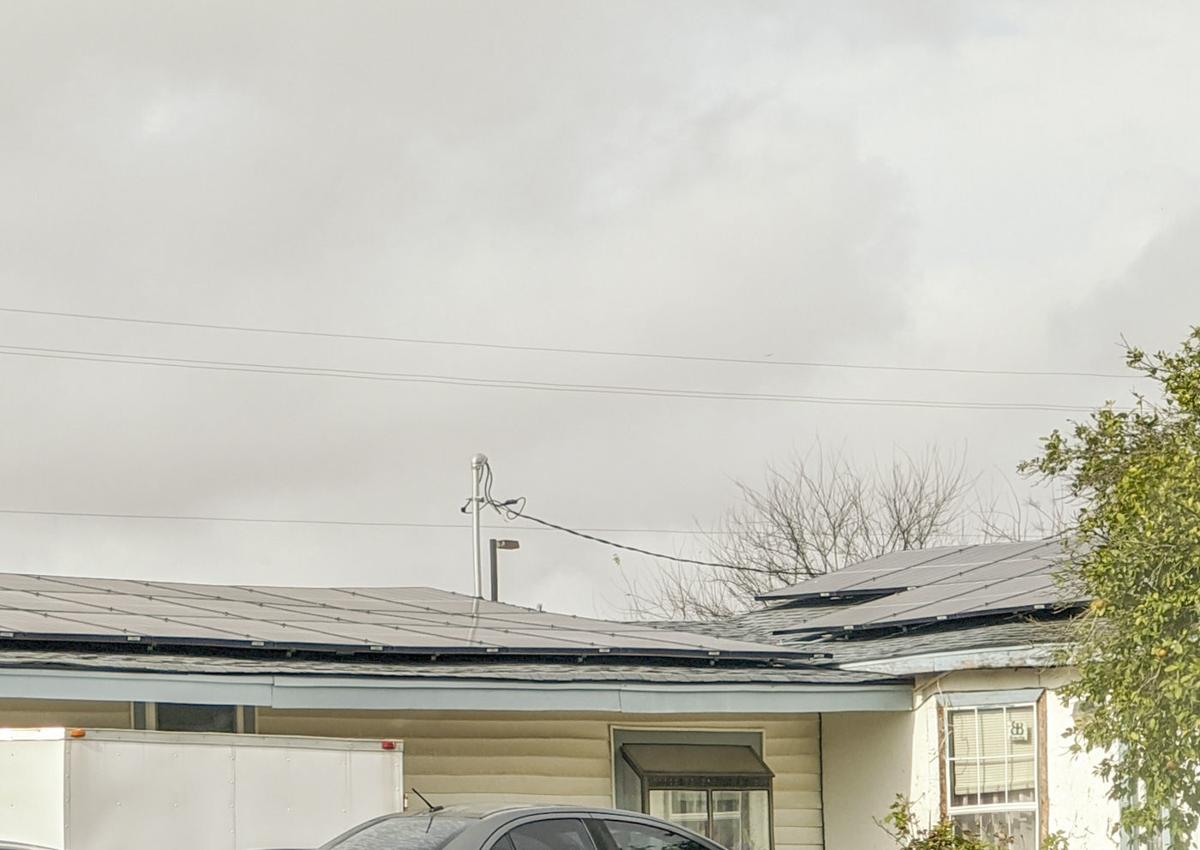 A house is equipped with solar panels in Freeport installed by The Halo Crew.

A house in Freeport had solar panels installed by Sunrun Installation. Solar panels provide clean and renewable energy as well as save on utility bills.

“That was too much,” she said. “Part of it is because of my house. After the hurricane (Harvey), it kind of shifted and walls started separating. I’ve got too many holes in this house. I applied for assistance and it takes forever and a day.”

While looking for resources to help control her soaring electricity costs, she found information about solar panels. Solar panels, as the name suggests, generate electricity from the sun. When used to power a residence, they can help homeowners reduce their electricity costs. Lujan said that’s been the case for her.

“The payment for units and my electric bill is around $200 (a month),” she said. “When I get my central air and heat, that’s going to save me a lot of money instead of the window units.”

Her solar panels got to work at the beginning of May 2019. So far, she said it’s been a positive experience. Even though she’s still paying off her solar panels, she’s paying less overall than her old electricity bill. Installing them was fairly painless as well, she said. Technicians from Sunrun Installation monitored her electricity usage for a year before determining what she needed.

“I didn’t have to pay anything upfront, not a single penny. The first pay was the bill for the unit, and it’s always the same, I know how much it’s gonna be,” she said, and once it was running things went smoothly. “I didn’t even notice the change, I couldn’t tell. It just switched over without me noticing.”

Solar panels aren’t perfect for everyone, however. Lujan recommended them to her daughter and sister-in-law, but her daughter found the neighbors’ trees prevented enough light from reaching her roof. This is a drawback to solar power, which can be affected by tree cover, cloudy days and smog in polluted areas. It also generates power only during the day.

Another potential drawback is power density, or watt per square meter. Individuals or businesses who use a large amount of electricity might find they don’t have enough space to spread out enough solar panels to meet their needs.

Despite these challenges, though, solar panels seem to be growing in popularity. Karen Carroll, director of the Brazoria County Environmental Health Department, said the trend could be a positive move for the environment.

“Generally it’s a cleaner way of producing energy,” she said. “Any efforts to get us new sources of power is much appreciated, at least by our department, and by other organizations interested in moving away from fossil fuels.”

David Towers also appreciates the environmental benefits, but his inspiration for installing the panels on his Freeport home was initially financial. He said his winter heating bills and summer air conditioning bills were high enough to send him looking for a money-saving method.

“It works good,” he said. “It wasn’t any money upfront. We have a set fee monthly, year-round, and it’s easier to budget for it.”

It took two days for panel installation, with mounting brackets going up on the first day and full panel installation finishing on the second. After that, it took a week to get the system up and running. So far, he said it’s been a positive experience and expects substantial savings in the future.

“It’s kind of helping out the environment too,” he added.