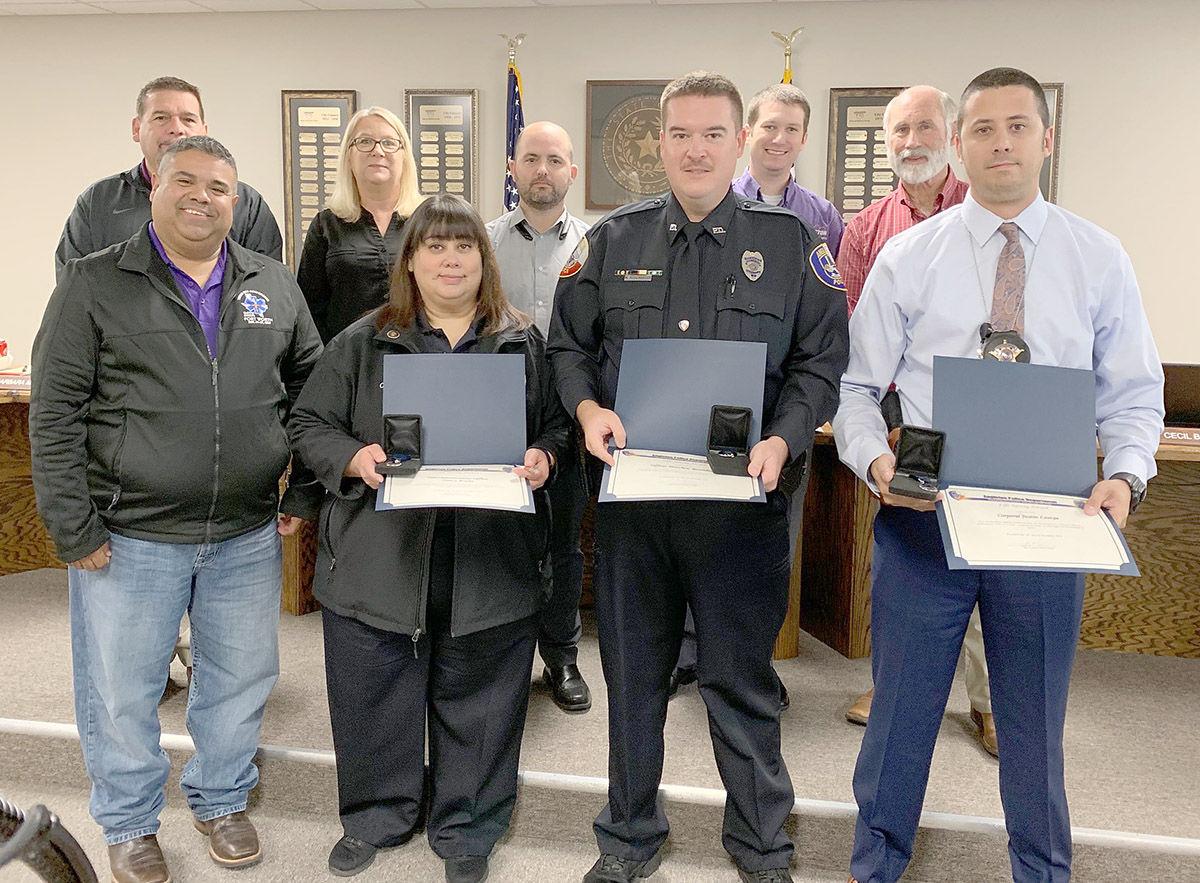 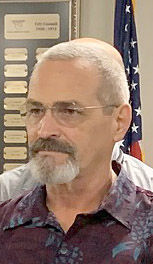 ANGLETON — Three first responders who worked together to resuscitate a man who wasn’t breathing were honored this week by City Council.

“I asked if he was breathing and I asked her to see if his chest was moving up and down and she said no,” Acosta said. “I said I could walk her through it. We have instructions for CPR we read. Sometimes it’s difficult, but I’ve been doing it for 16 years and I’ve learned that if you don’t remain calm, the person on the other line doesn’t remain calm.”

Both Cpl. Justin Losoya and Officer Matthew Rosenbrock administered aid to Smith on the scene, using an automated external defibrillator to shock Smith’s system, according to a news release.

Because of their actions that evening, Smith regained consciousness and recovered.

“I just want to say thank you, that’s all I can say,” Smith said at the council meeting.

The three first responders accepted certificates and medals for the actions Tuesday evening and posed with council members for a photo.

“I’m also a paramedic and I understand how important these situations are,” Mayor Jason Perez said. “We’re grateful for your quick actions.”

The award was the first of its kind for Acosta, she said.

“You just do your job. It can be difficult, but you just learn to handle these calls,” Acosta said.