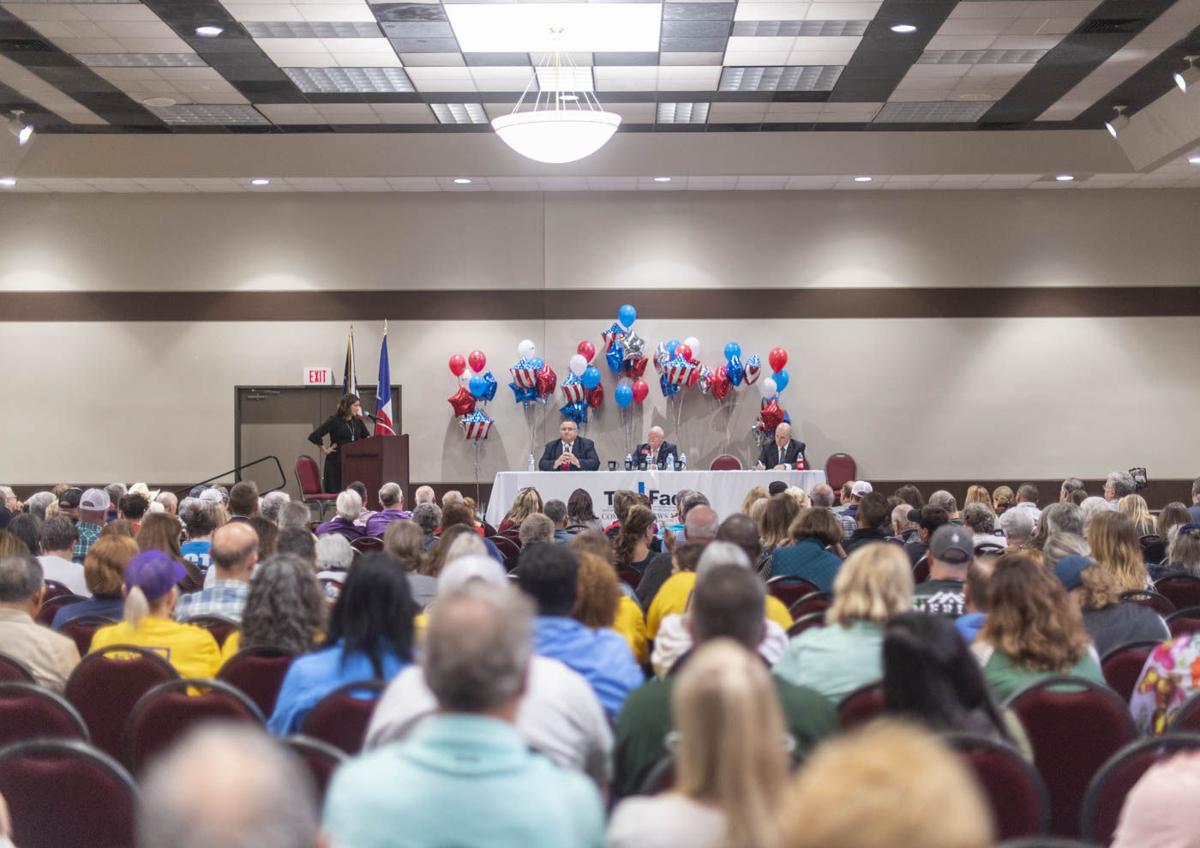 Members of Brazoria County listen intently as those running for Brazoria County Sheriff answer questions submitted by Facts’ readers in the first question and answer style forum in the county on Tuesday in Lake Jackson. 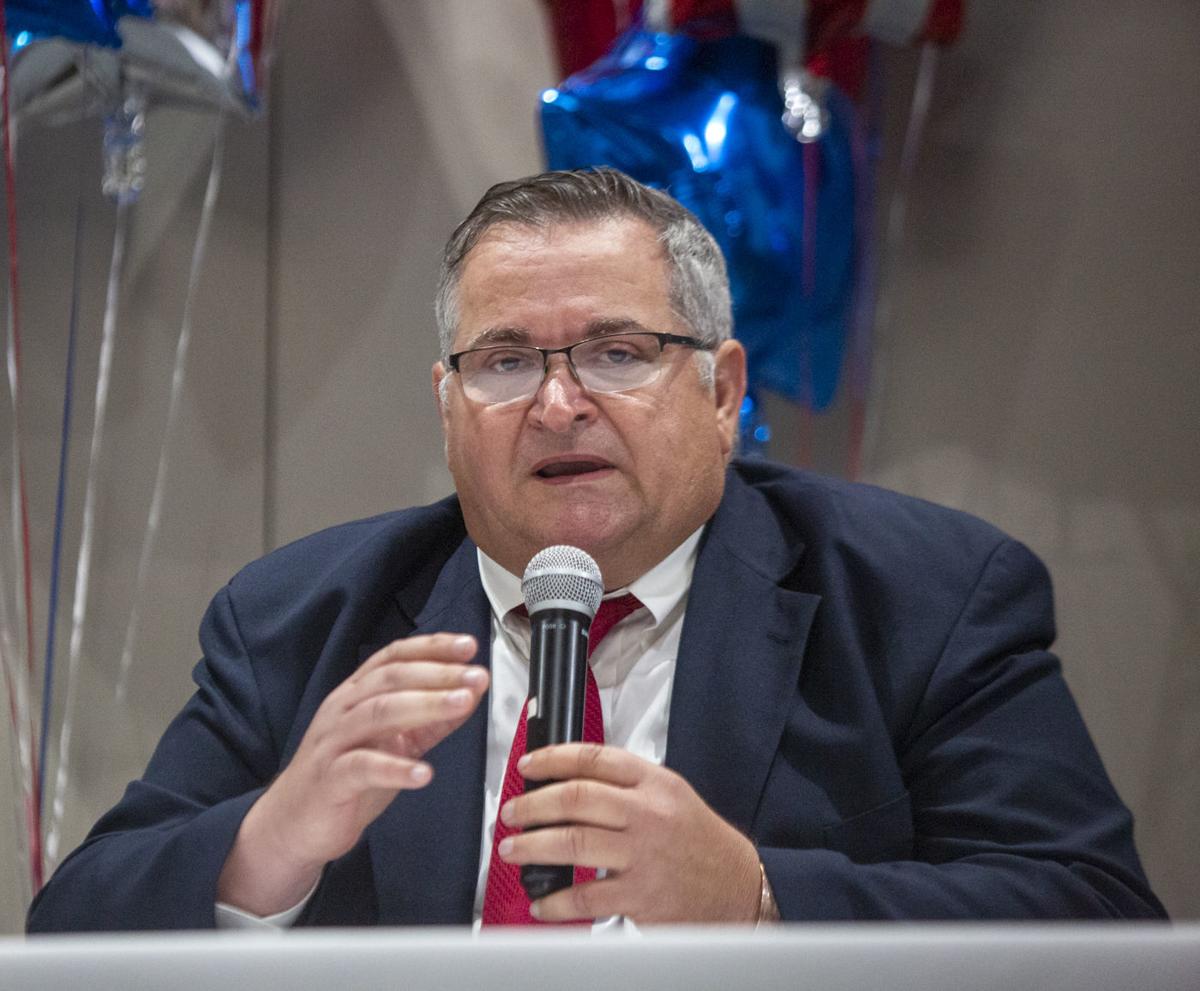 Patrol captain since 2005, Richard Foreman answers questions submitted by Facts’ readers Tuesday at the first ever question and answer forum for candidates in the county. 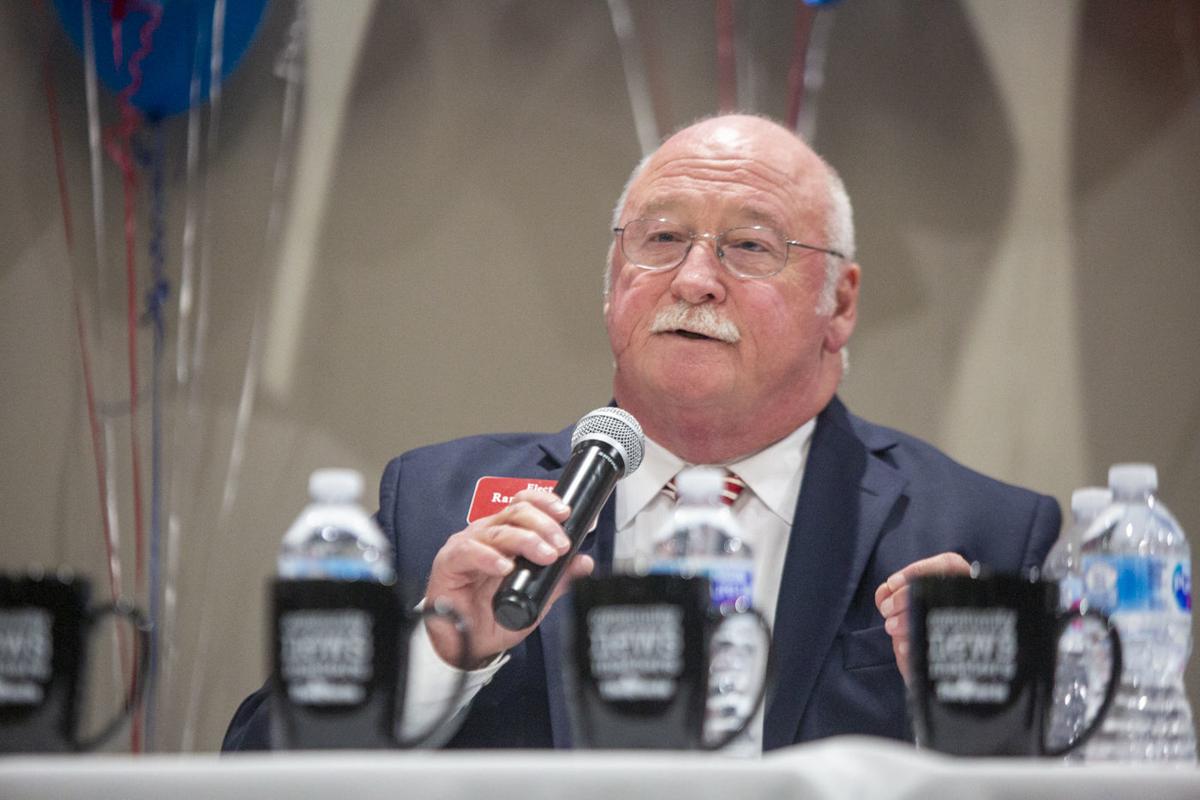 Members of Brazoria County listen intently as those running for Brazoria County Sheriff answer questions submitted by Facts’ readers in the first question and answer style forum in the county on Tuesday in Lake Jackson.

Patrol captain since 2005, Richard Foreman answers questions submitted by Facts’ readers Tuesday at the first ever question and answer forum for candidates in the county.

Sheriff’s candidates Bo Stallman, Randy Rhyne and Richard Foreman took to the stage in front of a packed house to answer questions submitted by Facts readers in the first question-and-answer style forum in the county.

All three candidates have backgrounds in law enforcement, with varying ideas about change, money and how each would lead the county after Sheriff Charles Wagner’s 15 years in the role.

Stallman is a current criminal investigator with the district attorney’s office, having formerly served in the U.S. Marine Corps and as a state trooper with the Texas Department of Public Safety.

With 38 years at the sheriff’s office, Rhyne has been extensively involved in supervising administration and personnel. He also served on Angleton City Council for two years and was the city’s mayor for six.

A patrol captain since 2005, Foreman has 28 years in law enforcement experience with the sheriff’s office. His experience includes working in patrol, criminal investigations division and formerly as a correctional officer.

Managing a budget of $40 million while overseeing almost 400 employees as well as hundreds of jail inmates is something Stallman believes should be handled conservatively.

“I knew that budget would be a main priority,” Stallman said. “That’s why I attended budget hearings during commissioners’ court. I wanted to know the main concerns. … I intend on running the budget as a conservative, accounting for all tax dollars. Service received reflects tax dollars.”

Foreman believes the answer to overseeing a large number of people is about managing them properly.

“The one thing we have to remember is our generations change and what people need from their jobs change,” Foreman said. “We have to respond to all types of people and generations. … You have to be comfortable in your own skin. You have to train folks, be there for them ... get them to see true feeling of public service.”

Keeping it simply about the taxpayer, Rhyne said it’s about return on investment.

“The key thing is it’s always about what is the taxpayer going to get out of what we ask for and how is that going to play into our budget,” Rhyne said.

Stretching the budget between salaries, benefit packages, patrol vehicles and other necessities, all candidates stressed the need to work closely with county commissioners in order to retain officers but also keep their positions competitive — which won’t be easy without much wiggle room, Rhyne said.

“There’s not a lot of fluff in our budget,” Rhyne said. “We buy patrol cars cause we need them. ... There’s not room to stretch.”

Despite this, compromising safety to save on budgetary needs is something Stallman believes taxpayers won’t accept.

“As we mentioned budget earlier, obviously I think most taxpayers will agree they want their money to be used wisely,” Stallman said. “If we can trim fat somewhere, we certainly will where we can. Taxpayers are concerned where that goes. But I don’t think anyone in here will give up our safety.”

Getting creative to stretch the budget is a key part of reducing crime while saving funds, Foreman said.

“There are grants being cut back, the government tightening the noose on availability,” Foreman said. “To deter crime, there’s a thing called the internet. We can do community education projects and put it on our website and folks can go to it and learn how not to become victims of certain crimes. We have to explore those sort of things and think outside the box. The money is just not there so (we) have to explore those things.”

With a continually developing county, the three candidates agreed the focus on mental health and mental health resources is something Brazoria County needs to place more emphasis on.

Stallman emphasized his passion for the issue.

“Mental health is something I’m very passionate about” Stallman said. “As a growing county, we’re gonna see a growing population in mental health. It’s certainly a crisis. We have to make sure officers and employees take continual education so we can properly respond to them.”

Filing criminal charges is sometimes a side effect of the mental health issue, Rhyne said.

“There’s 20 beds in hospitals for people with mental health issues,” Rhyne said. “That number hasn’t changed. ... Sometimes there’s nothing left to be done except file a criminal complaint on them and keep them there long enough to find them a bed. … We need help with this particular issue.”

A hospital dedicated to those with mental health is needed in order to alleviate the issue, Foreman said.

“This county has zero mental health hospitals,” Foreman said. “We historically stay in (the) top five positions for suicides in this county. ... We need to show some leadership in inviting a hospital to come down here so we can provide those services to those people. Mental health (sufferers) either create victims or become victims and we’re failing at that.”

The turnout The Facts Candidate Forum Tuesday shows how engaged the community is with the upcoming Primary Election, Editor and Publisher Yvonne Mintz said.