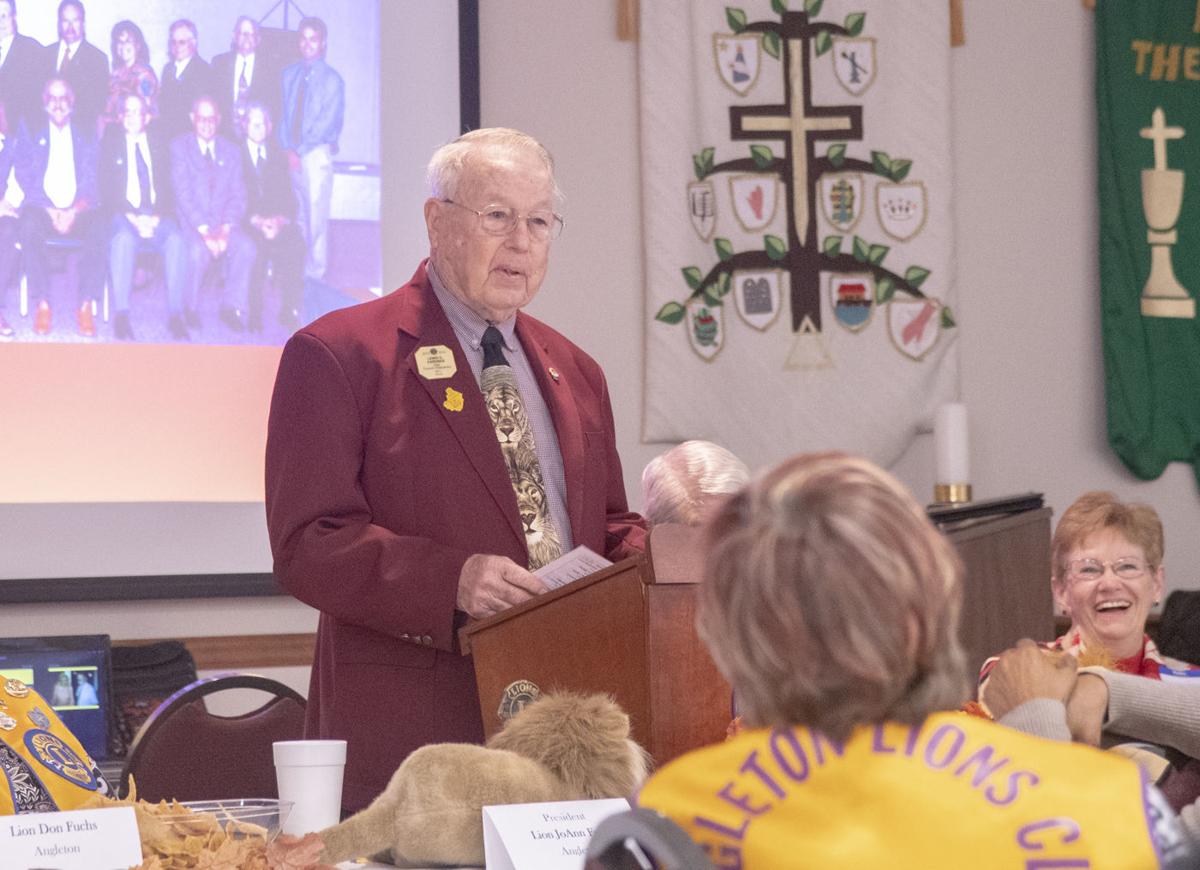 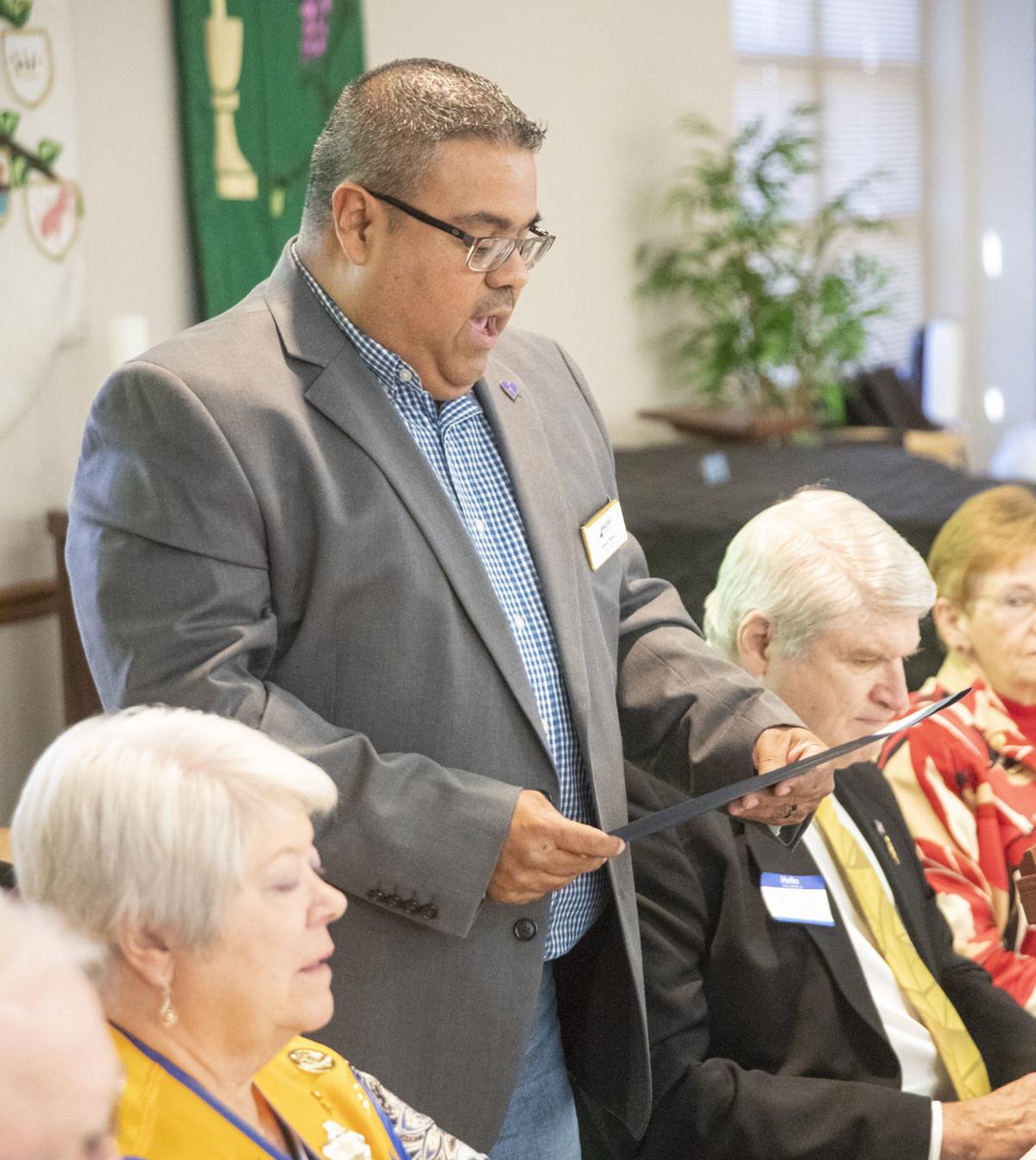 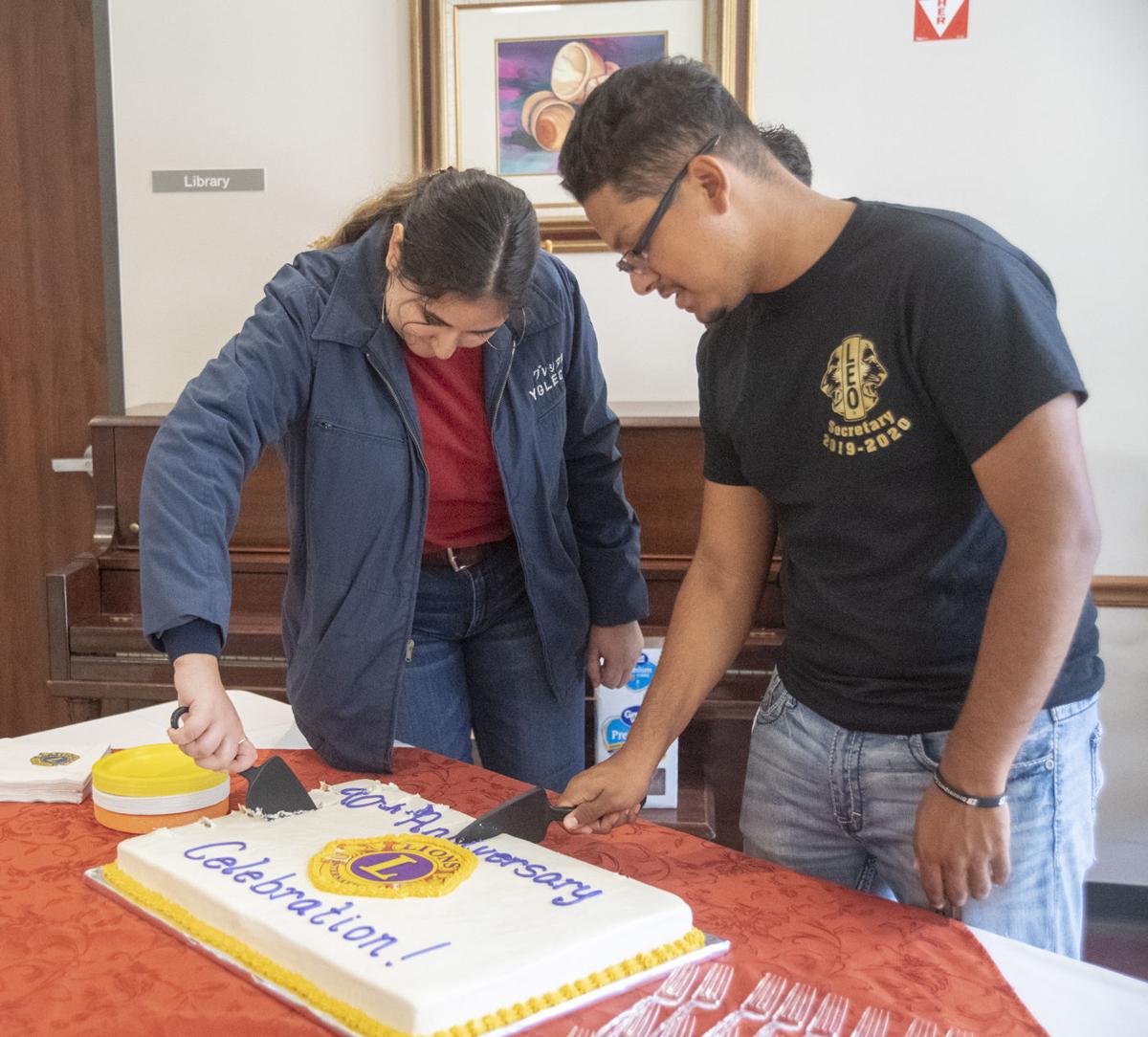 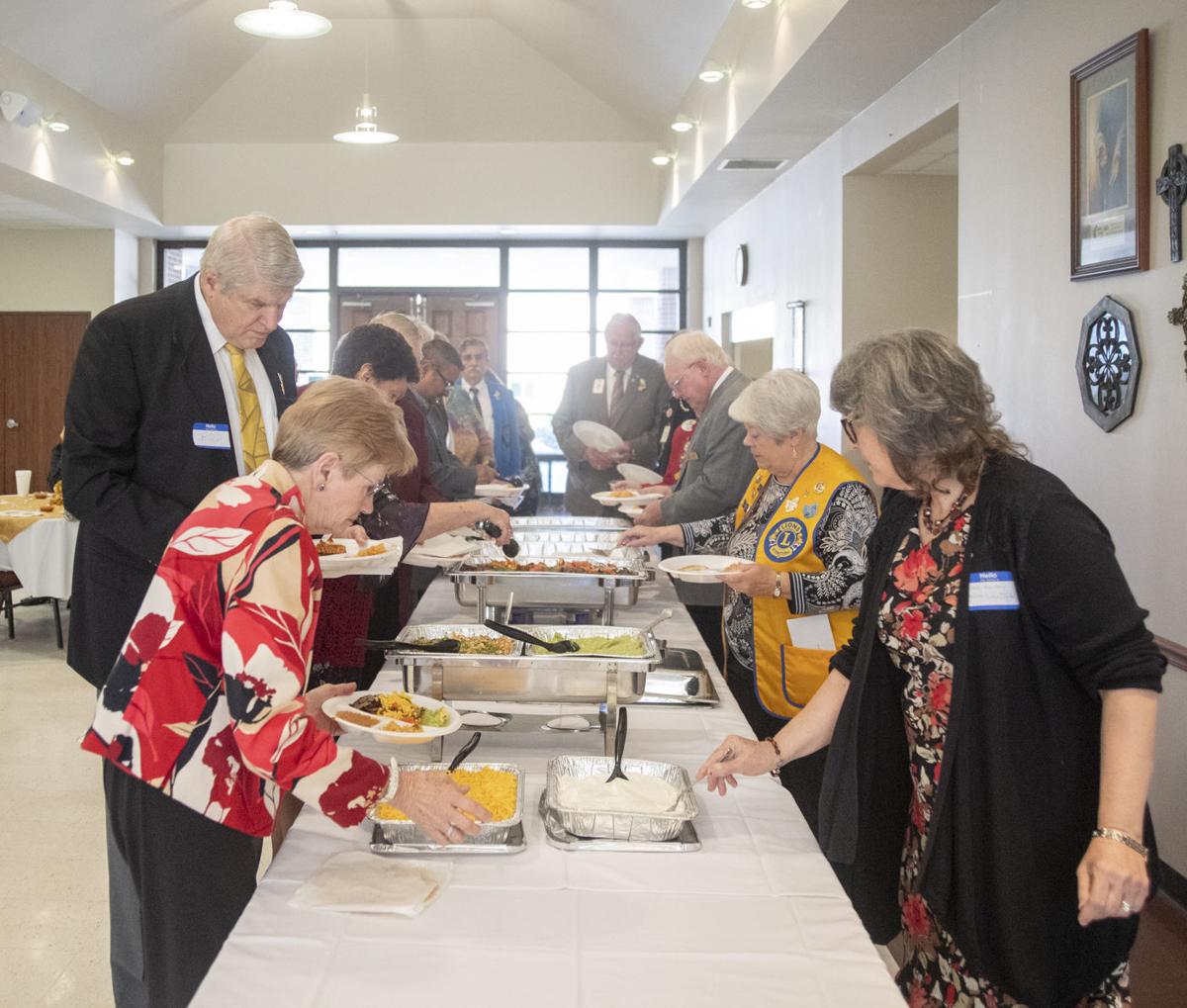 Members from the Angleton Lions Club and throughout the county came together Saturday to celebrate the 90th anniversary of the club, which was established May 24, 1929. 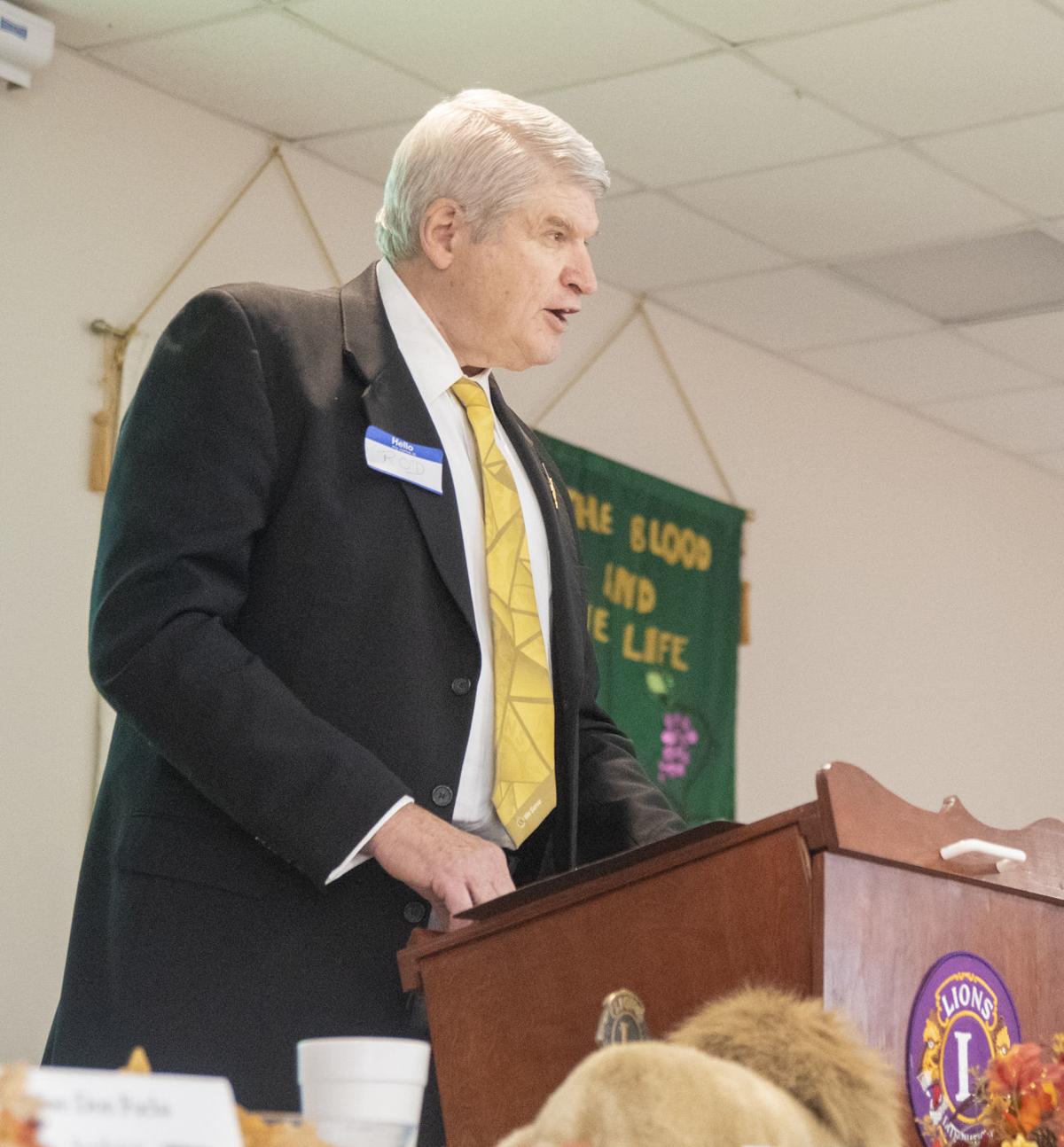 Guest speaker Rod Chisholm discusses how different the country is from 90 years ago when the Angleton Lions Club was formed during his speech Saturday celebrating the Angleton club's 90th anniversary.

Members from the Angleton Lions Club and throughout the county came together Saturday to celebrate the 90th anniversary of the club, which was established May 24, 1929.

Guest speaker Rod Chisholm discusses how different the country is from 90 years ago when the Angleton Lions Club was formed during his speech Saturday celebrating the Angleton club's 90th anniversary.

ANGLETON — Without the work of the Angleton Lions Club, many area residents wouldn’t have been able to see the role the club plays serve in the community — or much of anything else.

Facilitating eye examinations in partnership with schools and providing eyeglasses to children and adults who need them is just one of the ways the club has benefited the Angleton area in its 90 years of service.

The club was established on May 24, 1929, by a group of 19 men who elected to join in service as part of Lions Clubs International, which is the largest service organization in the world today with more than 1.4 million members.

Mayor Jason Perez of Angleton read a proclamation recognizing the club “for 90 years of dedicated service and positive influence on the Angleton community,” and Brazoria County Commissioners Court also provided a proclamation lauding the club’s long record of service.

In addition to its vision efforts, the club also provides scholarships to high school students. One of its recipients, Elisha Hada, graduated in August from the University of Texas-San Antonio, where she studied medical humanities. The scholarship helped her a lot with tuition, she said.

Hada received the scholarship for her involvement with the Leo Club — an offshoot of the Lions Club specifically for high school students that has an active Angleton High School chapter with about 50 members. Having been part of the organization served her well in her college years, she said.

“It helped me grow a lot and develop the skills I needed,” she said. “It was a precursor to becoming a leader in one of my college organizations.”

Six current members of Angleton High School’s Leo Club, five seniors and one sophomore, volunteered at the celebration by serving drinks and cutting the cake.

“I was looking for something to make me stand out to colleges,” senior Diego Trevizo said of how he became involved with the club three years ago.

Rod Chisholm, a past district governor and a lifelong member of the oldest Lions Club in the world, the San Antonio Founder Lions Club, formed in 1915, emphasized in his keynote speech how different the United States is from when the Angleton club formed. In 1919, he said, the American flag had 45 stars and none of the houses in Texas had air conditioning.

The Lions Club’s mission — fostering incredible lives through their service to others — remains largely the same, he said. Chisholm told of a former gang member who, when asked during a presentation at a Lions meeting why people join gangs, said it was because they didn’t have hope. The Lions Club has hope, Chisholm said emphatically.

“That’s why we’re able to join and work with organizations like the Angleton Lions Club,” he said. “We’re in the business of bringing hope to mankind.”

That hope is rooted in freedom, which is the source of improvement of the human condition, Chisolm said.

“When freedom prevails, the ingenuity and inventiveness of people create incredible wealth and incredible lives,” he said.