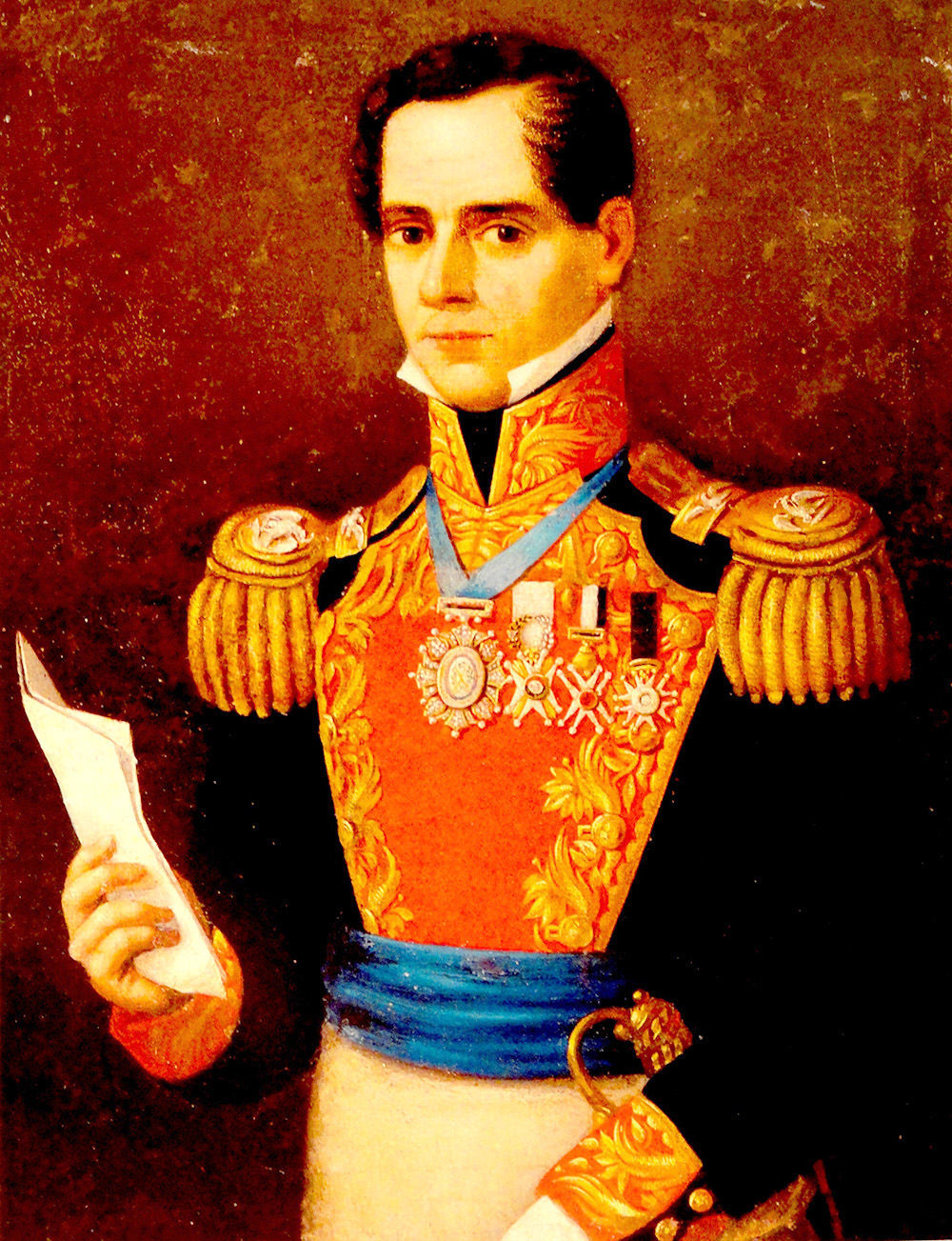 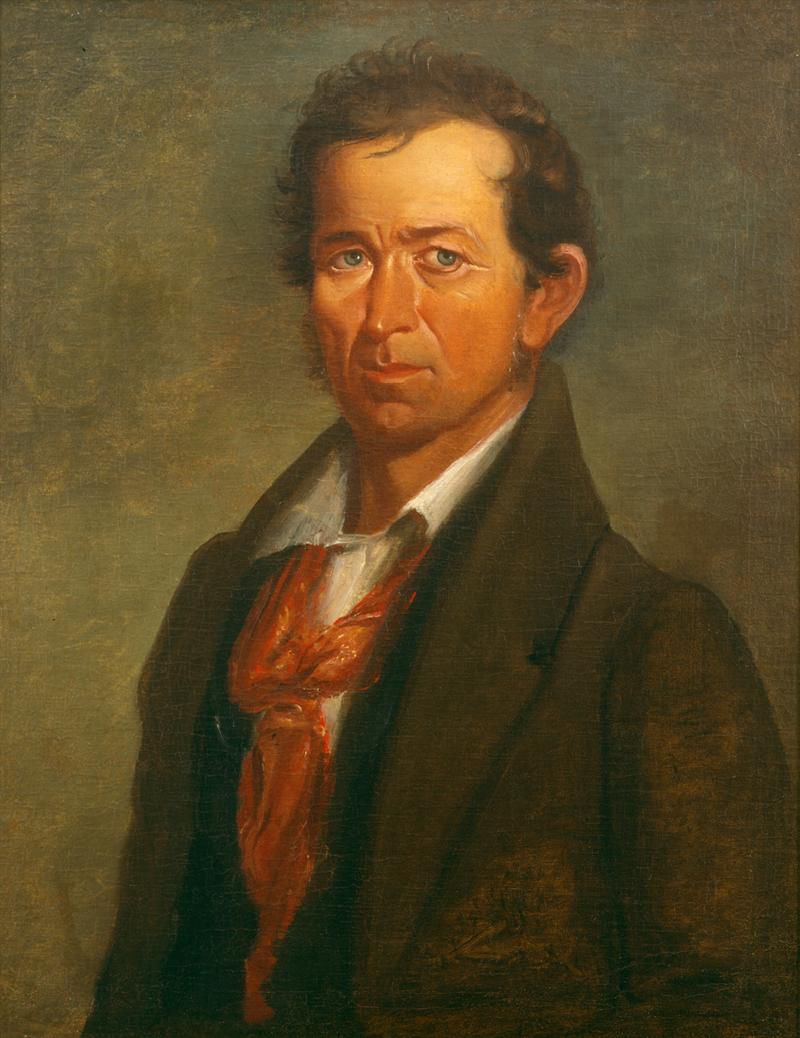 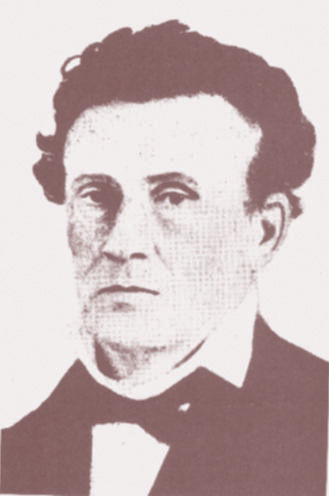 Gen. Santa Anna was among several of the top Mexican officers who fled the field after the Battle of San Jacinto. Mounted on a large black stallion, he was still evading capture on the night following that Texian victory.

Robert J. Calder remembered several years later that even from the early hours of that night, he and his fellow Texians knew Santa Anna was no longer on that mount.

Calder told the story as he knew it in response to a request for his recollections of the scene. These appeared in the Texas Almanac for 1861.

“Some time after dark, probably an hour, Deaf Smith (a Texian scout) rode up to our company’s quarters on the large black stallion on which Santa Anna had fled from the battleground,” Calder wrote.

He remembered the horse was covered in mud, which they learned had occurred when the Mexican general had tried to ford Vince’s Bayou to escape.

Instead, Smith told his fellow Texians, Santa Anna had bogged the horse, and was forced to make his escape on foot.

Smith was in high spirits, and Smith indicated he felt no doubt the general might be captured the next day. Smith sought a hundred mounted men to act as a patrol to prevent the Mexican leader’s escape across the prairie overnight.

When Texian Col. Edward Burleson heard this, he asked for volunteers accepted. Calder’s entire company immediately stepped forward, with 25 of them, including Calder.

He had “no doubt” this action prevented the Mexican general’s escape, Calder wrote. The volunteers left the following morning to join the search for a Mexican detachment that had been seen on the opposite side of Buffalo Bayou the previous day.

Once they had found this report to be “without foundation,” the Texas troops returned to the west side, where they picked up about 28 Mexicans.

Most of these prisoners were wounded, Calder recalled, and after receiving care, they were sent by boat to the Texian camp.

Hearing one of the Texians had slightly wounded an old Mexican who was suffering from the heat and lack of water, Calder reprimanded the shooter severely.

Equal distaste for the man’s action was expressed by other members of his group, and the guilty Texian was left to return alone to his squad.

As Calder’s group returned to camp, they learned Santa Anna had been captured, and Calder went to the spot where the Mexican general was being held.

“There was the Butcher of the Alamo, the cold-blooded murderer and villain, who … had inhumanly murdered, in cold blood, more than two hundred gallant gentlemen, whose lives had been guaranteed under the solemn sanction of a treaty,” Calder wrote.

“There he sat, with his elbows on his knees, his face bowed upon his hands, his head never raised except to reply to questions propounded by his captors.”

Calder added that, in his opinion, Santa Anna’s demeanor showed “to the very core of his ruthless heart, he felt that he was or should be doomed to speedy execution for his crimes.”

Despite censure from many persons in the days after that time, Calder said, he felt the Texian army “was satisfied with slaughter” and ready to return “to the peaceful pursuits of life,” embracing any measure that would result in this.

As a result, he said, he believed those on the scene thought Santa Anna’s release might provide “a much greater advantage than his death.”

After referring to a number of unsubstantiated rumors concerning theft and other crimes, Calder gave his interpretation of their lack of veracity. He particularly noted that he had found Colonel Sidney Sherman to have been courteous and dignified to all under his command.

On the other hand, he wrote that although Houston had once been “my very beau ideal of a hero and statesman” he now found it “very painful and humiliating” to vary those former high opinions.

With regard to Houston’s bitter feuds with “many of the bravest and most patriotic citizens” in Texas’ early history, he noted keeping silent about the calumnies on the reputations of those worthy men would be “endorsed” by the silence of those who knew otherwise.

Immediately after Santa Anna’s capture, Calder, Judge Benjamin Franklin and two other Texians were sent to Galveston to inform Texas President David Burnet of the victory.

Although he was still under 30 years of age, this arduous trip was an experience Calder would never forget, for personal reasons, as well as pride in having been chosen.

The trip meant seeing his sweetheart, Mary Walker Douglass of Brazoria, who was among the many Runaway Scrape refugees there. To his mind, this made the hazards and discomforts of the trip well worthwhile.

The four men traveled in an open skiff they propelled with oars, traveling in cold, windy weather, without food, throughout the day of April 23, 1836. This was necessary because they had no access to provisions to take with them from San Jacinto, Calder remembered.

When they reached Spillman’s Island that night, they found food: corn meal, a side of bacon and a flock of chickens that had been left there when the residents fled from the Mexican army’s approach.

Calder and Franklin insisted on making the trip as rapidly as possible, while the other two grumbled at this decision. Because Franklin was unaccustomed to physical labor, this meant Calder did most of the work, jumping into the water at one point to tow the boat through shallows near the shore.

They stopped at Amos Edwards’ home at Redfish Bar on the third day of their journey, finding provisions and a box of fine Havana cigars. At Virginia Point on the fourth night, a cold norther made that stop a miserable memory.

Several hours later, the crew of the Texas Navy ship Invincible lifted them aboard, their news creating wild excitement, as did their subsequent stop at its sister ship, Independence.

After reaching Galveston and announcing the official report to President Burnet, Calder managed to find his sweetheart for a stroll along the beach that night.

After returning to Brazoria County, the two of them were married in December 1836, living first at Brazoria, where Calder was elected to serve as the county’s first sheriff, and later as the county’s chief justice.

Marie Beth Jones is a published author and freelance writer based in Angleton. Contact her at 1mbjones@nwcable.net.