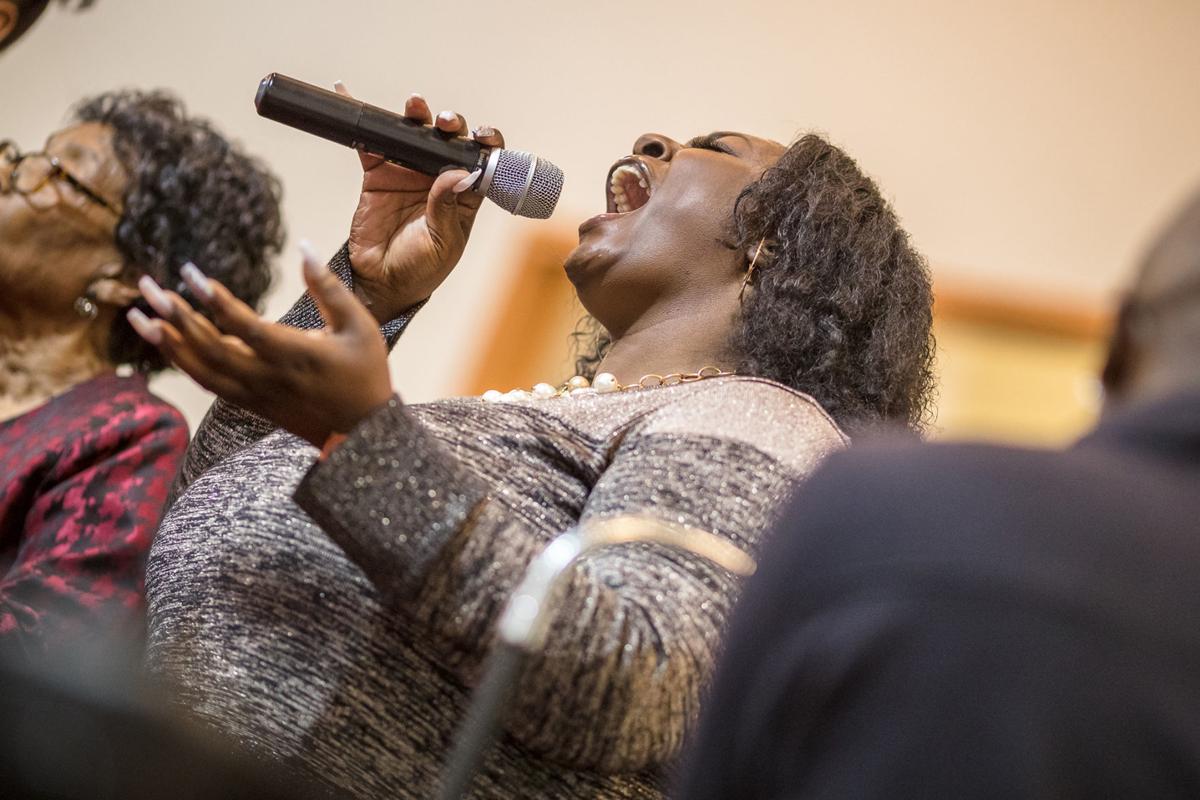 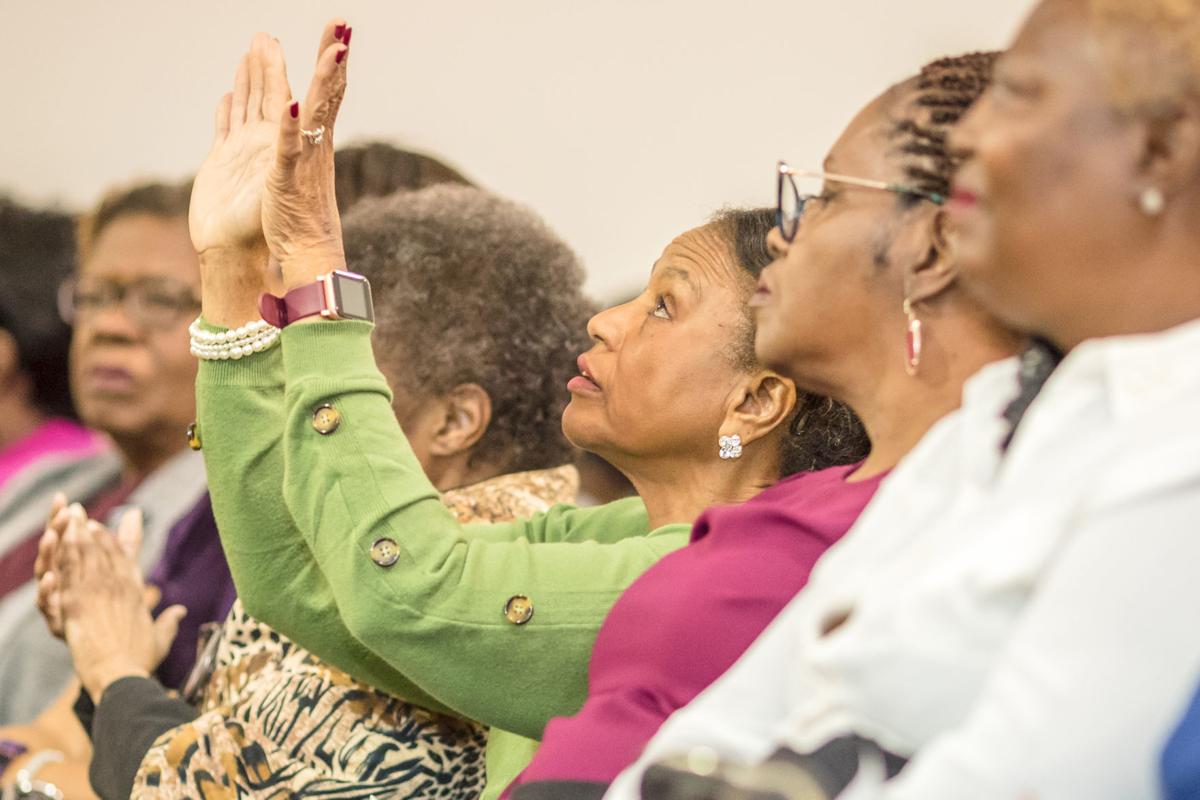 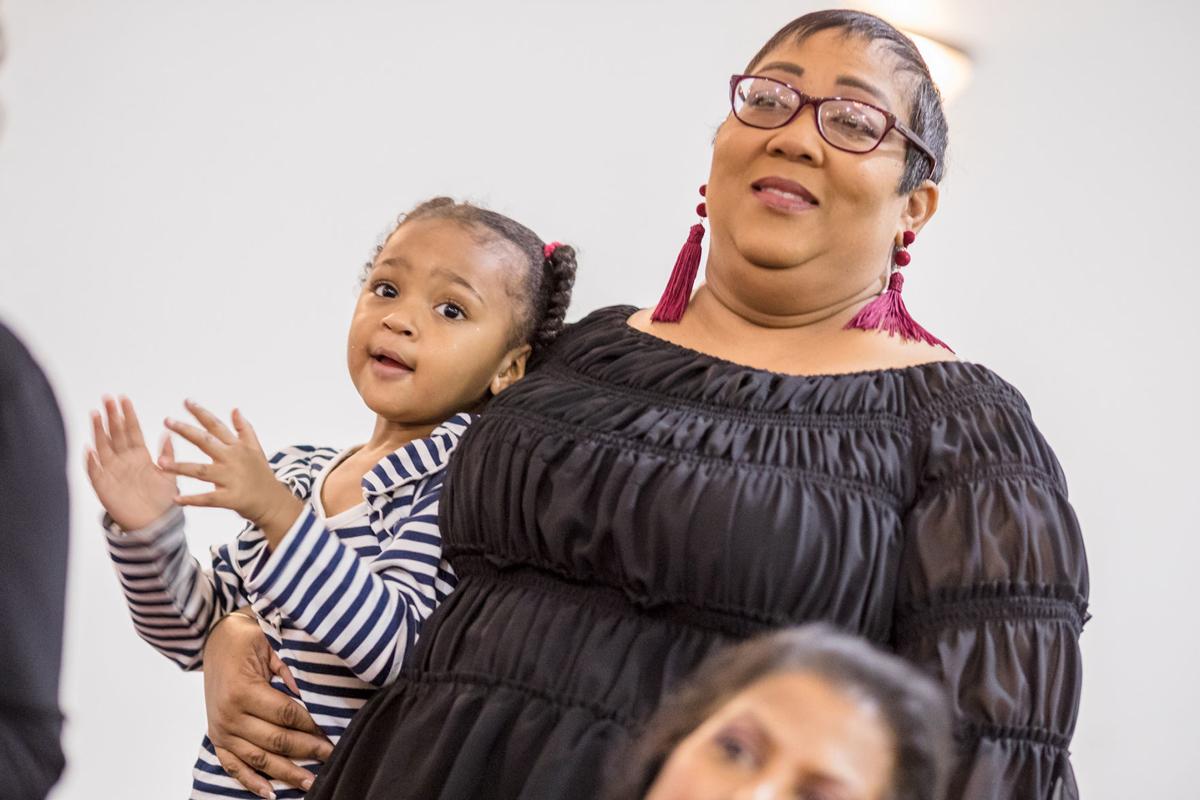 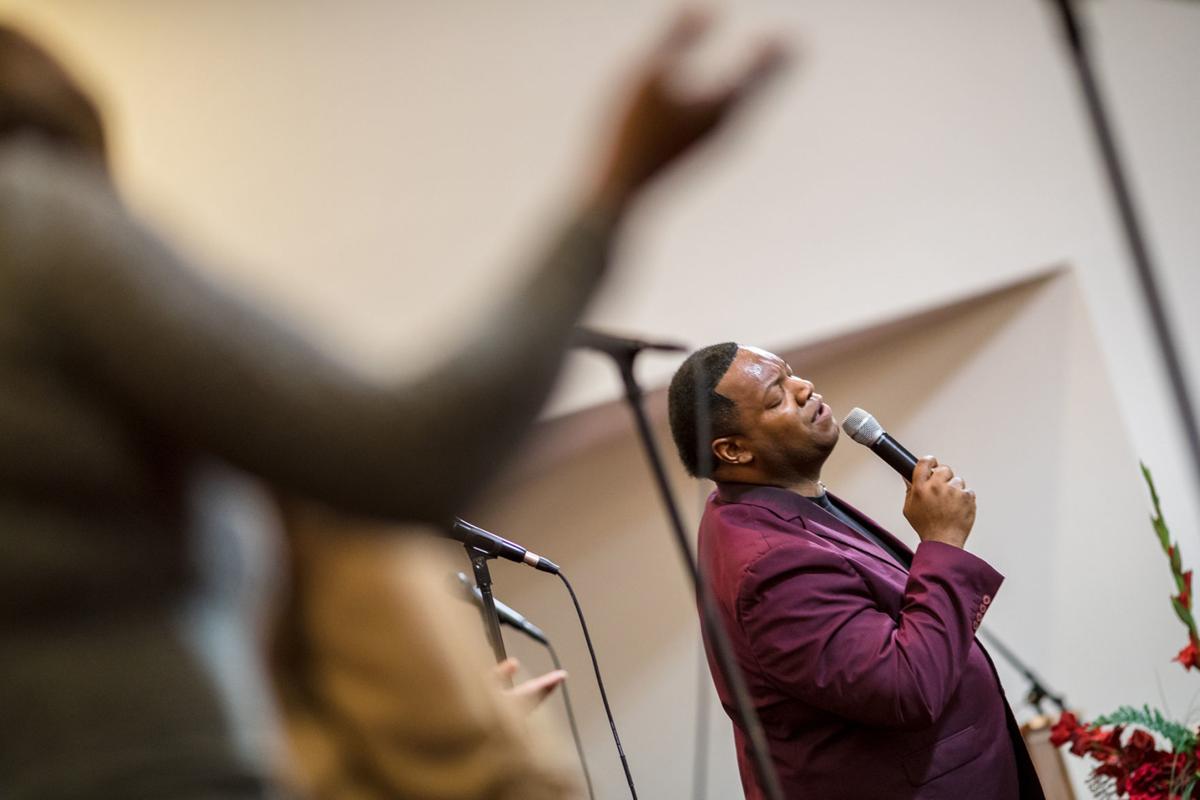 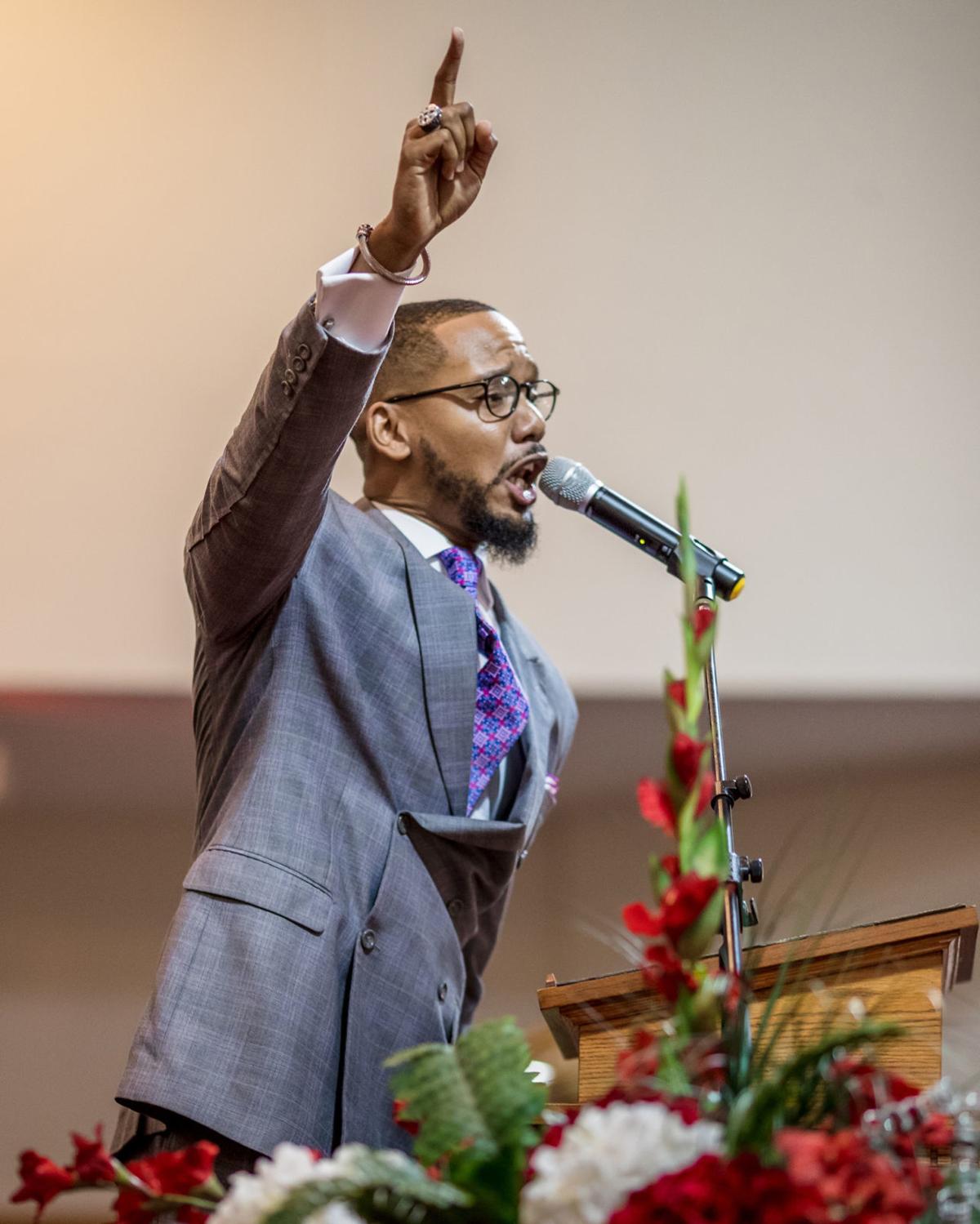 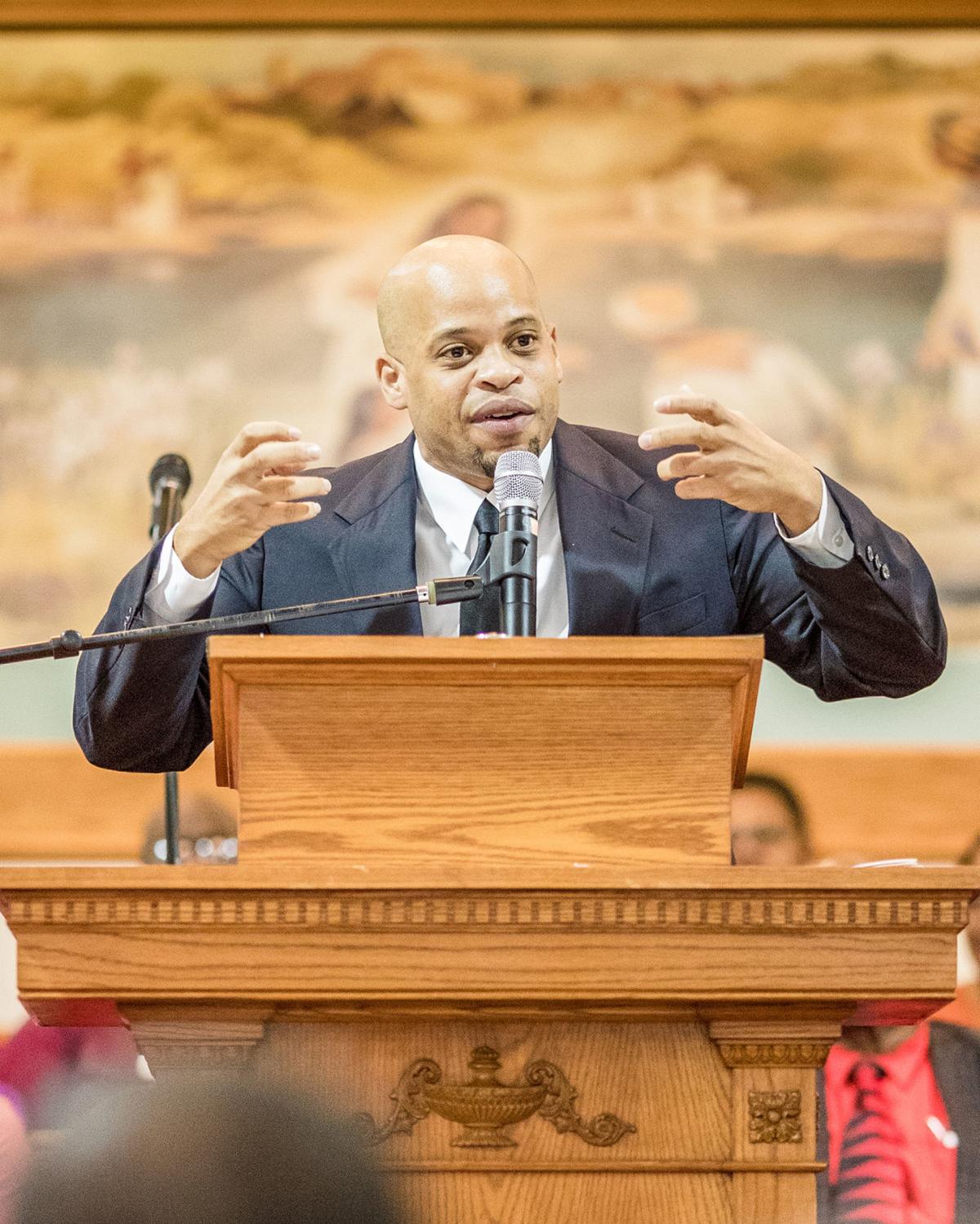 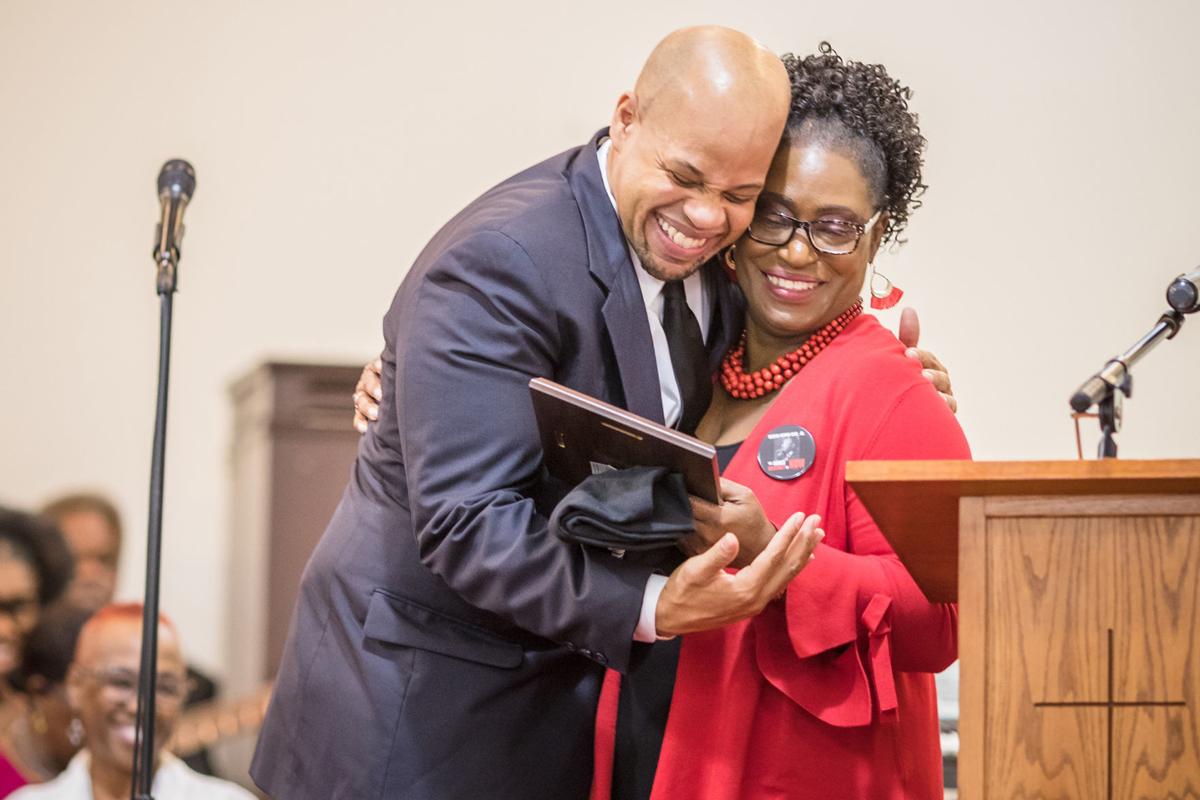 FREEPORT — Dr. Martin Luther King Jr. was a Baptist preacher, so it is only fitting to have worship central to a celebration of his life.

Five churches across the Brazosport community came together Thursday night for the 34th annual service “to honor the man of God — that aspect of Dr. King’s life,” according to Dorothy Thomas, president of the Dr. Martin Luther King, Jr. Celebration Committee.

Betty Edwards, a member of the New Hope Missionary Baptist Church in Clute, said the annual service is dedicated “to the remembrance of a man that gave his life in order for us to become first-class citizens of these United States of America. A man that stood before a nation unafraid to answer a call from God.”

But, Edwards cautioned, even as we celebrate the King’s legacy, the struggles are not over.

“Not only am I welcoming you to this celebration, but I am welcoming you to sit at the dinner table and to tell your children and your grands about the struggles we as a people have had to endure and are still enduring,” Edwards said. “In honor for us to conquer the future, we must never forget the past.”

Gordon preached from Luke 7:1-10, which is the story of the Roman centurion who requested Jesus heal his servant, but asked Jesus not trouble himself by entering the centurion’s house, because the centurion did not deserve to have Jesus under his roof.

“…say the word, and my servant will be healed. For I myself am a man under authority, with soldiers under me. I tell this one, ‘Go,’ and he goes; and that one, ‘Come,’ and he comes. I say to my servant, ‘Do this,’ and he does it,’” Gordon read.

“I’d like to work from a caption today,” Gordon said. “Commander to commander.”

The centurion was a commander in the Roman army, but when he encountered another commander — Jesus — he pushed aside his rank and his accolades in the face of his faith that Jesus could speak only a word, and His will would be done, Gordon explained.

Gordon went on to liken the centurion to King, referencing a sermon the civil rights leader gave Feb. 4, 1968, at the Ebenezer Baptist Church in Atlanta, in which he urged the congregation not to dwell on his achievements but instead to tell people he tried to do God’s will and he tried to love somebody else.

Gordon urged attendees to emulate the centurion — and King — in surrendering command to God.

At the time of King’s final speech in Memphis the night before his assassination, which came to be known as “I’ve Been to the Mountaintop,” King had been receiving death threats, Gordon said.

“He had a way of yielding his command to the main command, and he told those people on that day, in his final farewell speech, he said, ‘I might not get there with you,’” Gordon said. “He would say in his final speech, that he never recorded, that it really doesn’t even matter anymore. That I just want to do God’s will — that we as a people will get that even if I don’t get there with you.”

If there are still struggles ahead, now is the time to act, Thomas said — which is why the MLKCC’s theme for the year’s series of events is “The Fierce Urgency of Now.”

We as a nation should put away the discussing and debating and start doing something about the social, economic and health issues that all need to be addressed, she said.

“It’s time for us to take action,” she said. “There’s so many issues today that we can no longer just sit by and not deal with. It’s actually a call to action to get busy.

“We have to continue the life and legacy of Dr. King,” Thomas said. “If we don’t continue doing this, his legacy may just fall by the wayside, and we don’t want that to happen. So this is very important to us.”