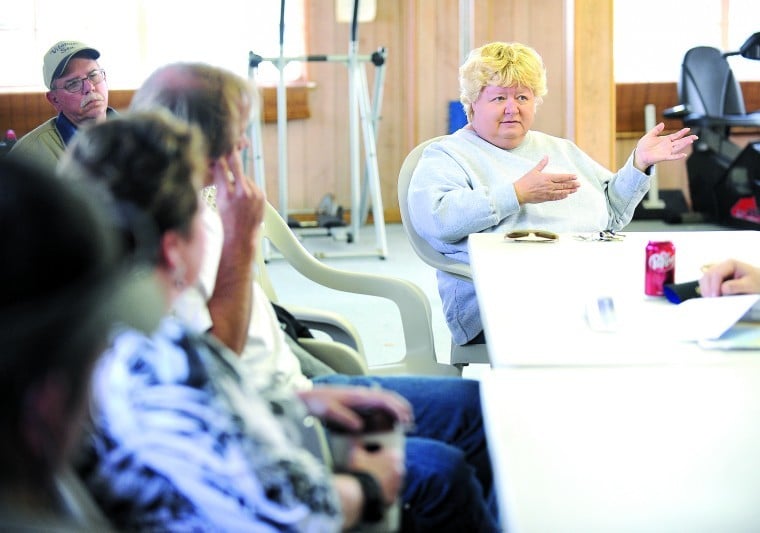 Tina LaPorte, a resident of the Hide-A-Way on the Gulf community outside Oyster Creek, talks Thursday about her views on a proposed Freeport LNG plant that could be built just several hundred feet from her home. 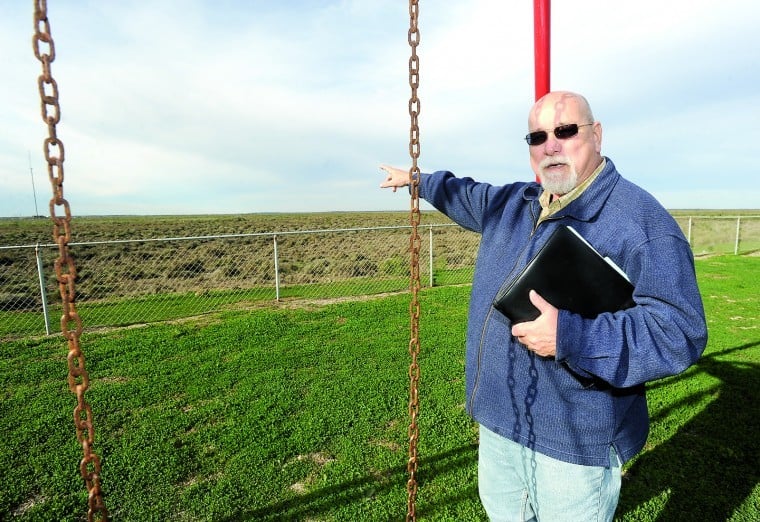 Bob Maddison, president of the Hide-A-Way on the Gulf Property Owners Association, stands Thursday near some playground equipment as he shows where a proposed Freeport LNG plant could be built.

Tina LaPorte, a resident of the Hide-A-Way on the Gulf community outside Oyster Creek, talks Thursday about her views on a proposed Freeport LNG plant that could be built just several hundred feet from her home.

Bob Maddison, president of the Hide-A-Way on the Gulf Property Owners Association, stands Thursday near some playground equipment as he shows where a proposed Freeport LNG plant could be built.

FREEPORT — Changing their business model from imports to exports made fiscal sense to Freeport LNG executives who say it will bring jobs to the community.

It sounded great to Hide-A-Way on the Gulf residents, until they learned the location of the plant that will make this change possible: their front yards. Now they’re concerned as Freeport LNG begins the process of getting permits to build a pretreatment plant on CR 792 north of the city of Oyster Creek.

When Freeport LNG was built, importing natural gas into the United States was the way to go. But with the discovery of fracking, there is a large increase in the natural gas supply in America and exporting it has become the money-maker.

So Freeport LNG is changing its plans. The pipelines created to deliver natural gas to customers now will be used to send it to the company, which then will chill it to negative-200 degrees, making it liquid, and ship it out, said Keith Little, Freeport LNG vice president.

The majority of Freeport LNG facilities are in Quintana and opened in 2008. The site has 92 full-time employees.

Many of the facilities necessary for this process already are in place. However, a natural gas pretreatment facility that will rid the gas of the components that cannot be processed by liquefaction facilities needs to be built to bring the site’s plans to fruition.

Freeport LNG is estimating this plant will create 163 new full-time jobs, 1,500 construction jobs over three to six years and billions of dollars in economic impact to Texas and Brazoria County.

They purchased a piece of land on CR 792 just north of Oyster Creek on which to build the pretreatment plant and are seeking necessary federal and state permits before actual construction begins some time next year.

And for Hide-A-Way on the Gulf, this is where the problem begins.

A PLANT NEXT DOOR

The middle of the 50-acre proposed plant is about a half-mile from the first row of homes on Hide-A-Way on the Gulf and even closer to two other subdivisions: Bridge Point and Oyster Creek Estates, said Laura Jones, a Hide-A-Way resident.

She and her neighbors are worried about pollution seeping in the air and water, noise from the plant, constant lights at night and plummeting property values should Freeport LNG succeed in its plans to build the plant at the CR 792 location.

“We will turn into a blighted neighborhood,” Jones said.

According to a Freeport LNG report to the Federal Energy Regulatory Commission, the CR 792 site was chosen because of its proximity to other Freeport LNG facilities and its pipelines. It had enough space to accommodate the facility and was for sale.

“Freeport LNG is committed to designing and operating its proposed facilities in ways that meet or exceed all regulatory requirements and mitigate impacts on its neighbors, and to continue to make strongly positive contributions to the local community,” Little said in an emailed statement.

But residents doubt it will be enough. After learning about the proposed plant by chance, residents have come together to do whatever they can to stop its construction at the proposed site.

“We’re not saying they can’t do it, we’re just saying we don’t want them to do it there,” resident Tina LaPorte said.

According to Freeport LNG documents, the plant will put out 400,000 tons of CO2 emissions, 166 tons of sulfide compounds and 42 tons of nitrous compounds each year, said Roy Marsh, Hide-A-Way on the Gulf resident.

“Groundwater is one of the worries; what’s going to end up in our groundwater?” he said.

A retention pond — holding what should be cleaned waste water — is part of the plans, resident Alphonse Schwenke said. But the area floods easily, especially when a hurricane comes, he said.

If the retention pond floods, the water goes under residential homes when it is sucked back out to sea, Jones said.

Freeport LNG does not plan to release hazardous waste, but things go wrong, she said.

If something does go wrong, the entrance to the plant is the only way in and out of their neighborhood. Should something cause the road to be blocked, they’re stuck, they said.

“There’s the potential to cut off hundreds of people from emergency services,” resident Andy Degetaire said.

Little didn’t answer questions about the residents’ concerns, only saying he would have a public meeting in a few weeks to discuss it. The date of the meeting has not been decided.

Hide-A-Way on the Gulf is home to more than 180 permanent residents, not counting weekenders, LaPorte said. There are about 30 homes in Oyster Creek Estates and seven at Bridge Point, plus hundreds of empty lots at the three subdivisions ready for more homes.

Each home’s value will go down, she said.

The group submitted a petition with 324 signatures to the Federal Energy Regulatory Commission and has posted comments during every permit’s public commenting period they could find. They’re also talking to their local government representatives.

Residents and anyone else interested in stopping Freeport LNG from building the pretreatement facility on CR 792 needs to go to every meeting and comment whenever possible, she said.

“This truly is David against corporate Goliath,” Marsh said. “We’re going to try to pull out every stop we can.”

Anyone interested in helping Hide-A-Way on the Gulf’s fight to stop Freeport LNG’s plant should contact Bridge Point owner Larry Bontekoe at larrybontekoe@gmail.com.

“Most of us work at chemical plants, we make our living there,” Jones said.

There’s nothing wrong with building this plant or the jobs it will mean for the community, she said.

Residents along Oyster Creek came there for the quiet, the nature, the community, not to be overshadowed by a large plant, Jones said.

Freeport LNG plans to host an open house in a few weeks where employees, consultants and contractors will be on hand to answer area residents’ questions.