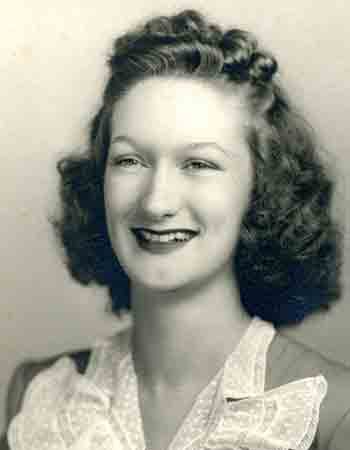 Margaret married Wallace L. Schlemmer in 1949, and they recently celebrated their 70th anniversary. She was a member of the Gulf Prairie Presbyterian Church in Jones Creek. She was born in Freeport, but lived most of her life in Jones Creek, after her family moved there in 1928. She graduated from Freeport High School in 1943. She worked for the Freeport Sulphur Company, and later as a legal secretary.

Margaret was preceded in death by her parents; brother, Robert R. Barr; and beloved, grand-dogs Curly and Max.

The family wishes to thank Dr. Alkesh Amin for his loving care of Margaret for the past few years.

Funeral Service will be at Lakewood Funeral Chapel in Lake Jackson/Clute on Monday, December 2, at 10:30 a.m., with burial immediately following at Gulf Prairie Cemetery in Jones Creek.

Visitation with the family will be at 9:30 a.m. on Monday, December 2, preceding the service.

Funeral arrangements are by the Turner family of Lakewood Funeral Chapel.

I am so sorry to hear of Margaret's passing. She was the sweetest soul as is Wallace. Your family is in my heart and prayers. Samantha Adkins Odom