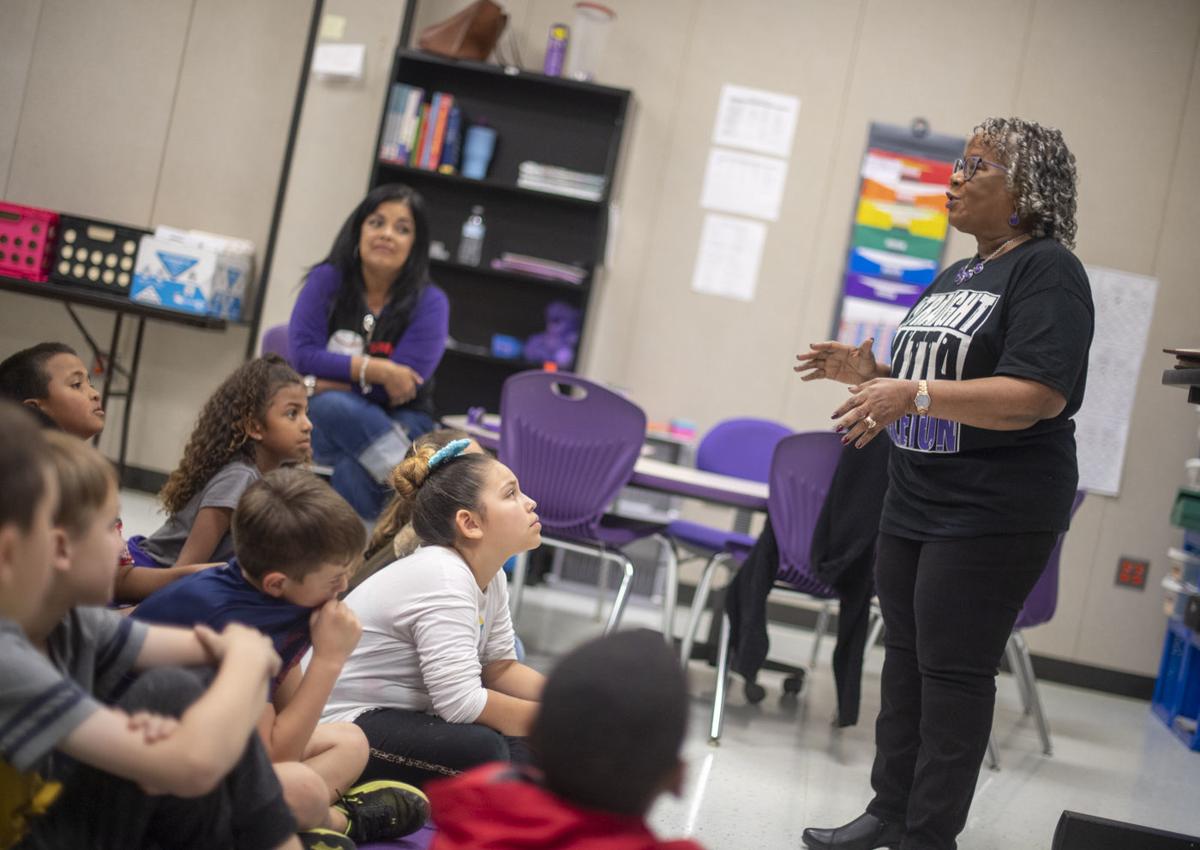 Former Frontier Elementary teacher Jessica Willis talks to a group of third-graders March 6 about what school was like for her in the 1960s during segregation. 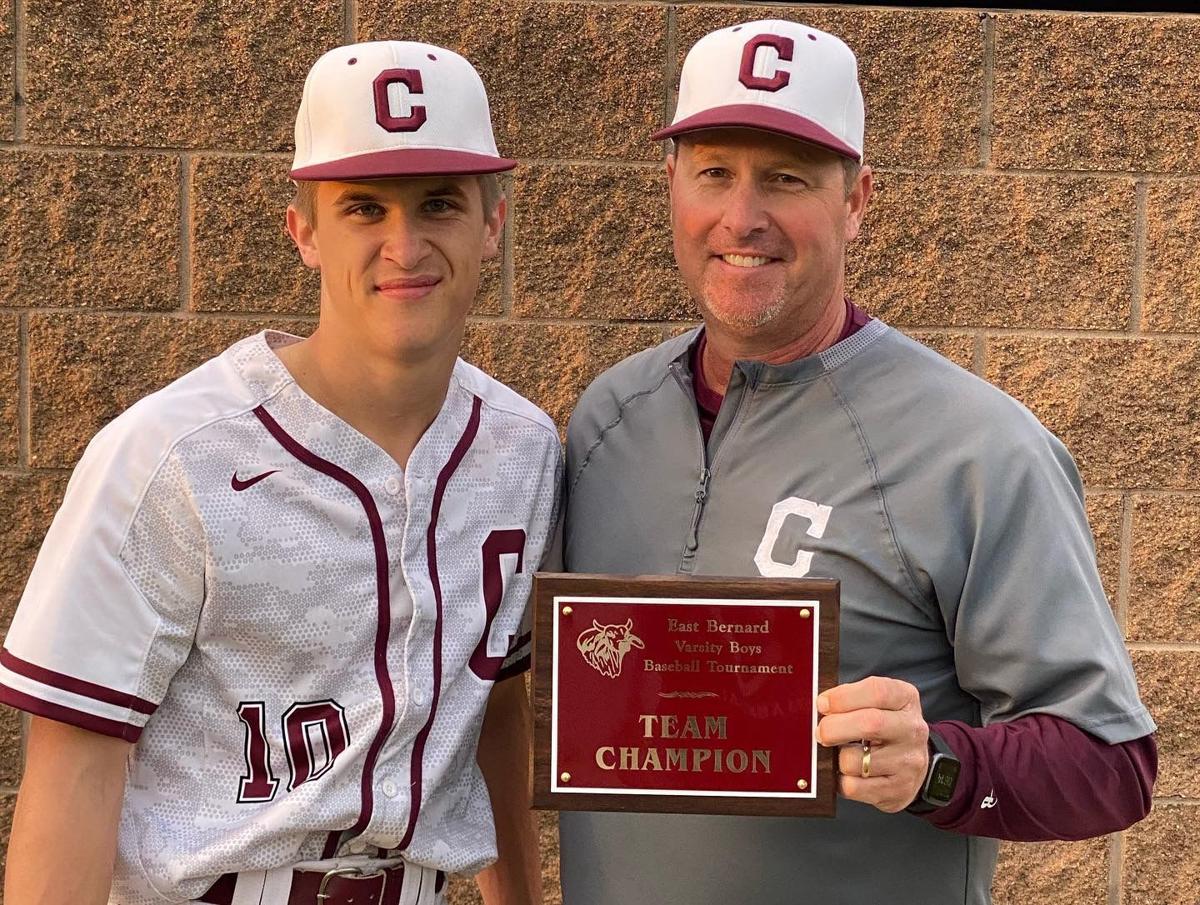 Former Frontier Elementary teacher Jessica Willis talks to a group of third-graders March 6 about what school was like for her in the 1960s during segregation.

Coaching tends to be a nomadic profession. Most start small, usually as an assistant coach in a small school district, and look to work their way up to larger programs with a stronger athlete pool and larger budget.

Brazoria County’s high schools are lucky in the number of high-quality coaches who settle in for the long haul, equally concerned with fostering quality people as earning quality wins.

That is demonstrated by the milestones achieved by a pair of baseball coaches at southern Brazoria County schools, Jeff Shank at Columbia and Rusty Sample at Danbury.

Shank notched his 300th win for the Roughnecks in grand style, earning it along with the championship of the East Bernard Tournament. He has led the Columbia program for almost two decades, earning playoff appearances in 13 of his 19 seasons.

“One is never sure of anything, but one always has these plans of things to accomplish, but my family and I have been fortunate to be at Columbia, we really like it here,” Shank said. “It’s nice that C-BISD has allowed me to stay here this long.”

The ’Necks are off to a great start this season, heading into their unexpected hiatus with a 10-3-1- mark.

Sample dropped down from bigger Class 6A Cy Creek to take over the much smaller Danbury program starting with the 2018 season. He earned his 100th career victory March 5 against La Marque.

Running a small program always was in Sample’s plans, he told us back when he accepted the Danbury job back in 2017, not wanting to drag his kids from place to place as he pursued the next big opportunity. He has settled in quite nicely.

“It was good. I’m glad I got rid of that early so I didn’t have to stress over that when district started,” Sample said. “A lot of relief to get it over with. They tried to give me an ice bath after it was over and had a ball signed for me once I got into the dugout after the game. It was special.”

Congratulations to both. They join other Brazoria County coaches who reached milestones in recent years, including volleyball coach Katy Wagner at Columbia, who hit No. 100 last fall, and softball coach Melissa Hansen at Sweeny, who is on her way to 500 career wins.

For all those who question why black history is giving such a high profile in schools, remember when most adults were in class, white history was just called American history.

The role of great African-Americans who shaped our country date to its early days, including James Armistead, an aide to Marquis de Lafayette, who served as a double agent, providing crucial intelligence during the revolution. Until recent years, his name was little known.

In more recent times, many of the local leaders of the black community can recount when they weren’t allowed to share water fountains, go into the same restaurants or attend the same schools as their white friends — whose parents often discouraged their friendships. A third-grade class at Frontier Elementary School in Angleton recently heard from Jessica Willis, a former teacher there, about her first hand experienced during that era, which was not as long ago as we would like to believe.

Those who think too much emphasis is placed on black history, and wonder why an entire month is dedicated to its telling, our response will borrow from the sentiments of Martin Luther King Jr. When the stories of great African Americans are told seamlessly with those of great white Americans, it no longer will be necessary.

Everyone has been preoccupied with the scarcity of toilet paper, Clorox wipes and other germ-fighting supplies from their local stores, the consequence of fear-induced hysteria over the coronavirus. That behavior is bad enough, but not terribly surprising in an increasingly “I got mine; the heck with you” mantra of America.

Two Tennessee brothers topped that abysmal conduct, however, and deserve more than the social media shaming they have received.

When Noah and Matt Colvin of Chattanooga head about the first COVID-19 deaths in the United States, they went on a road trip to clean out shelves at local stores, the New York Times reported. Over the next three days, the two traveled over 1,300 miles and filled their truck up with thousands of bottles of the desired hygiene products, the newspaper reported.

Once they returned home, they posted around 300 bottles that sold immediately, ranging from $8 to $70 apiece. Amazon removed the brothers’ thousands of listings the next day. To them “it was crazy money,” but once the story went viral online, many others pointed out it was cruel price-gouging from a pandemic.

The boys should have known better. They claim they didn’t.

It’s also worth wondering how they had more than $18,000 sitting around to buy up all those bottles of sanitizer.

The Colvin brothers say they now are exploring ways to donate the products from their ill-conceived get-rich scheme. It’s sad, though that social media had to teach them right from wrong.

All creations of God should be observed. When we go down the path of singling our special groups, instead of oneness we fall trap to division. If we continually live in the past of wrongdoings , the Lord says we will never move forward into his Great Plans for us

The danger of preferences, instead of all of Gods creation , whom we all come from one blood, it can become indoctrination

I saw this in the service , many years back

The end result was more division due to how the message was delivered. Actually a few soldiers of another group got up and left and said this was not right

Calling Michael Morris. Come in Mr. Morris. Please get rid of some of these hyperlinks. Can't even navigate the front page without getting redirected to Twitter or some other useless site. Peace out Bro.

I sent two emails to Mr Morris whom is telling us we should celebrate Black achievements but he won’t print an article on President Trump promoting Black Officer to lead in our Armed Forces? This is history

I assume Morris only prints achievements per his personal evaluation. Due to his apparent dislike of President Trump, very telling from his articles, he won’t dare give any credit

Your abusive emails go directly to spam. They are rarely seen to be intentionally ignored.