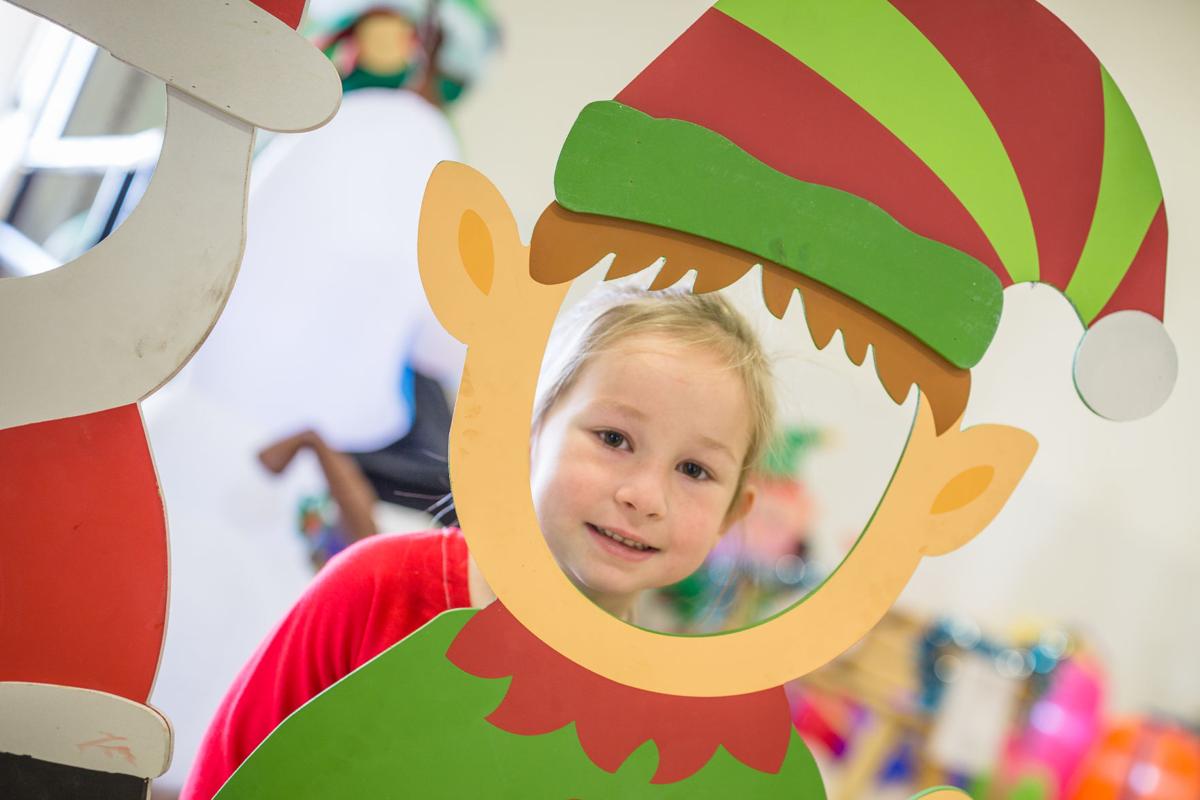 Jane Still, 5, of Lake Jackson enjoys an elf cutout Dec. 7 during the Natalie Woolsey Toy Drive at the Brazoria County Fairgrounds in Angleton. 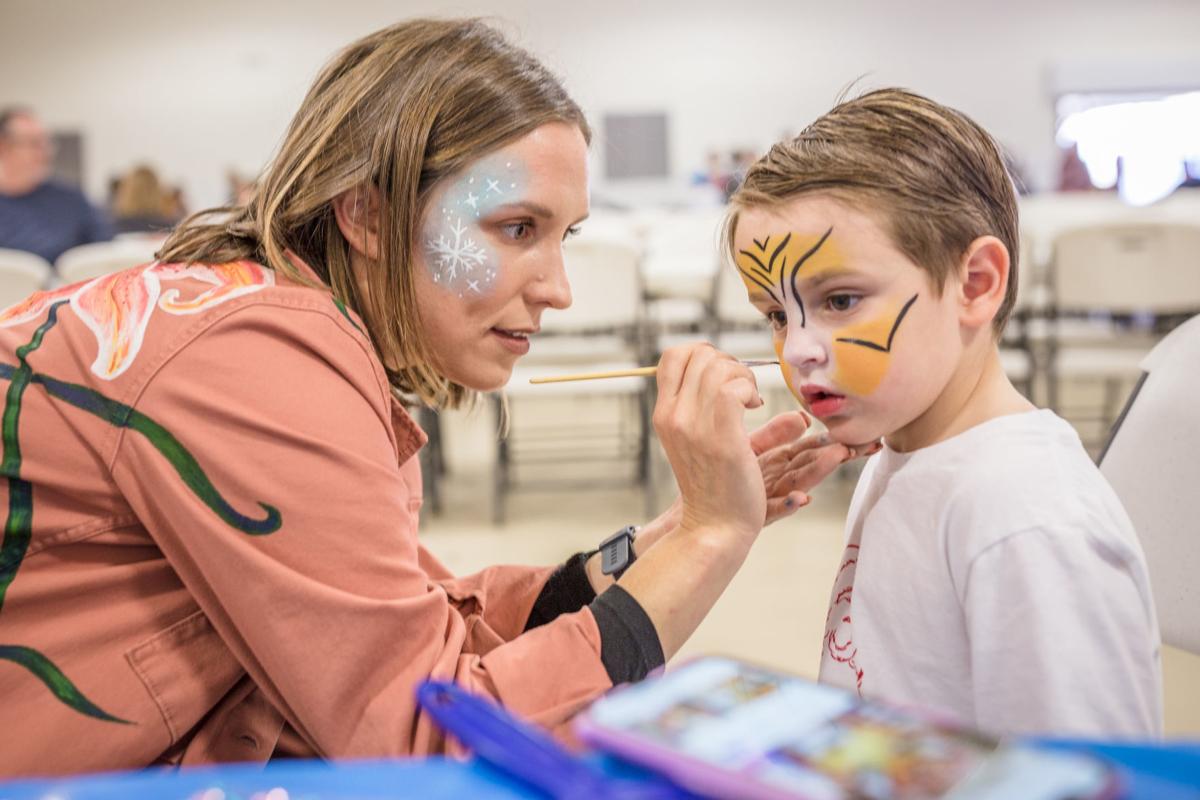 Leslie LaChance, left, paints the face of Beau Birdsong, 4, during the Natalie Woolsey Toy Drive at the Brazoria County Fairgrounds in Angleton.

Jane Still, 5, of Lake Jackson enjoys an elf cutout Dec. 7 during the Natalie Woolsey Toy Drive at the Brazoria County Fairgrounds in Angleton.

Leslie LaChance, left, paints the face of Beau Birdsong, 4, during the Natalie Woolsey Toy Drive at the Brazoria County Fairgrounds in Angleton.

When “mainstreaming” was the popular education approach for students with developmental delays, it referred primarily to putting students with special needs in an age-appropriate classroom with their peers. It was a noble approach at inclusion, but one that fell short on many levels.

Special education experts now emphasize mainstreaming and inclusion are not synonyms, as children with learning disabilities have specific needs a conventional classroom might not have the resources to handle.

Brazosport ISD’s high schools have demonstrated their understanding of the differences with programs that seek to include special needs classmates, even if they might not share classrooms. And those efforts have earned deserving recognition.

The school is not stopping with its statewide honor, either. It is working toward National Banner Recognition this year as a demonstration of its commitment to inclusion.

As its sister campus, we reported last spring on Brazoswood High School’s all-star basketball game, in which special needs students were coached by and participated with the school’s varsity players.

Every high school student struggles to feel they belong, and that can be especially true of those seen as “different.” That Brazosport ISD’s two high schools put such an emphasis on ensuring special needs students are an important part of the student body speaks well of the youth and adult leadership on both campuses.

We all should hope to continue having t he level of impact on our community 15 years after our passing as Natalie Woolsey.

The late Miss Teen Festival of Lights, whose SUV was laden with toys for a drive she was conducting at the time of her tragic death, continues today through the Natalie Woolsey Toy Drive. It has evolved into more than a collection of Christmas gifts into an all-day festival fundraiser that attracts hundreds of people and thousands of donations.

Not everyone involved in the ongoing effort knew Woolsey or her family, but through the dedication efforts of volunteers to carry on her legacy, they certainly know about the young woman who continues to make a difference.

“She decided that she wanted to do something more than just wear a pretty crown,” said Lee Ann Hearn, Woolsey’s mother. “She wanted it to have some meaning.”

The goal for this year’s event, which took place Dec. 7, was $135,000 to meet the needs of all the families who applied for Christmas assistance. Money also goes toward a literacy effort started in Woolsey’s name.

“It’s really always the best day of the year for me,” Hearn said. “It’s just such a wonderful way to keep her legacy alive, and I just treasure that.”

Women reporters do not routinely sleep with sources

It w as bad enough that Director Clint Eastwood and others involved in the making of the big-screen feature “Richard Jewell” felt it allowable to take artistic license with a real-life reporter’s reputation. In the film, which bombed at the box office over the weekend, a reporter for the Atlanta Journal-Constitution is shown exchanging sex for information.

That’s pretty shameful and slanderous considering no such event ever happened.

But it didn’t stop there. A Fox News Channel host dismissed the complaint by the newspaper and journalists who took offense at the portrayal and actually made things worse.

“This happens all the time,” Jesse Watters said on “The Five,” a Fox talk show. “Ali Watkins was a reporter for many, many years at many distinguished publications. She slept with one of her sources, allegedly, for four years and broke a lot of scoops according to this Politico report here.”

Watkins was a 27-year-old New York Times reporter who had a relationship with a senior Senate Intelligence Committee aide, though no connection has been made proving she used the aide as a source in her reporting. It also was the only real-life example Watters could provide despite insisting it’s something that “happens a lot.” All other attempts to justify his claim came from fictional TV and movies, not real life.

“I do have a problem with what you said,” liberal co-host Juan Williams told Watters. “I don’t think that most women reporters ...”

Watters backtracked to how common it is for women reporters to use their sexuality to get the story. He pointed out men could use the tactic, too.

No, sir. It does not happen routinely among reporters of either gender. Given our current climate where people can say the most obnoxious untruths with no factual basis without consequence, we don’t expect Watters to apologize.

Sadly, we also don’t expect as many people to be bothered by his characterization of women as should be.

The facts needs work in this area too

Why did your paper support Bill Clinton and attack his accusers

Same story with Virginia Lt Gov. what about Sheila Jackson Lee story where a staffer of hers was sexually assaulted by Congressional member and she buried as the facts did the story

I think Mr Morris previously checked you on the Clinton lie but you won’t listen to the truth.

Checked me? Let’s print achieves by this paper. I look forward for Michael to do so

I’m ready to be humbled. But not per my memory. I remember daily dem talking point media support for Bill. Plus those articles brutally attacked the special counsel ( obstruction?????) and the women accusers

Remember when Clint spoke to a chair as if it were President Obama? That flopped just as hard as this movie.

We editorialized on the Virginia lieutenant governor at the time. Mr. Murphy sent us a link asking why we didn't report about Jackson Lee -- last week. The news broke in January and was widely reported.

You did two articles on this. That’s wide coverage. You did more articles on Christie alleged shutdown of a bridge

Staff. Why no stories on Sheila Jackson Lee staffer being abused by Congressional person while Lee tried to bury it

You won’t push a story on dems

Where's the a shame for what we found out in the IG report or the FBI's conduct? Hmmm. Sad for you and The Facts.

Michael you didn’t report it. Please copy and paste

So prove you wrong? That's not how the world works there sport. Do your own work. I have COMMUNITY news projects to work on.

I plan to watch it. Typical PC media to set up a white man . Just like Obama and media unleashed death on our police officers

Love it when you play the white man victim card.