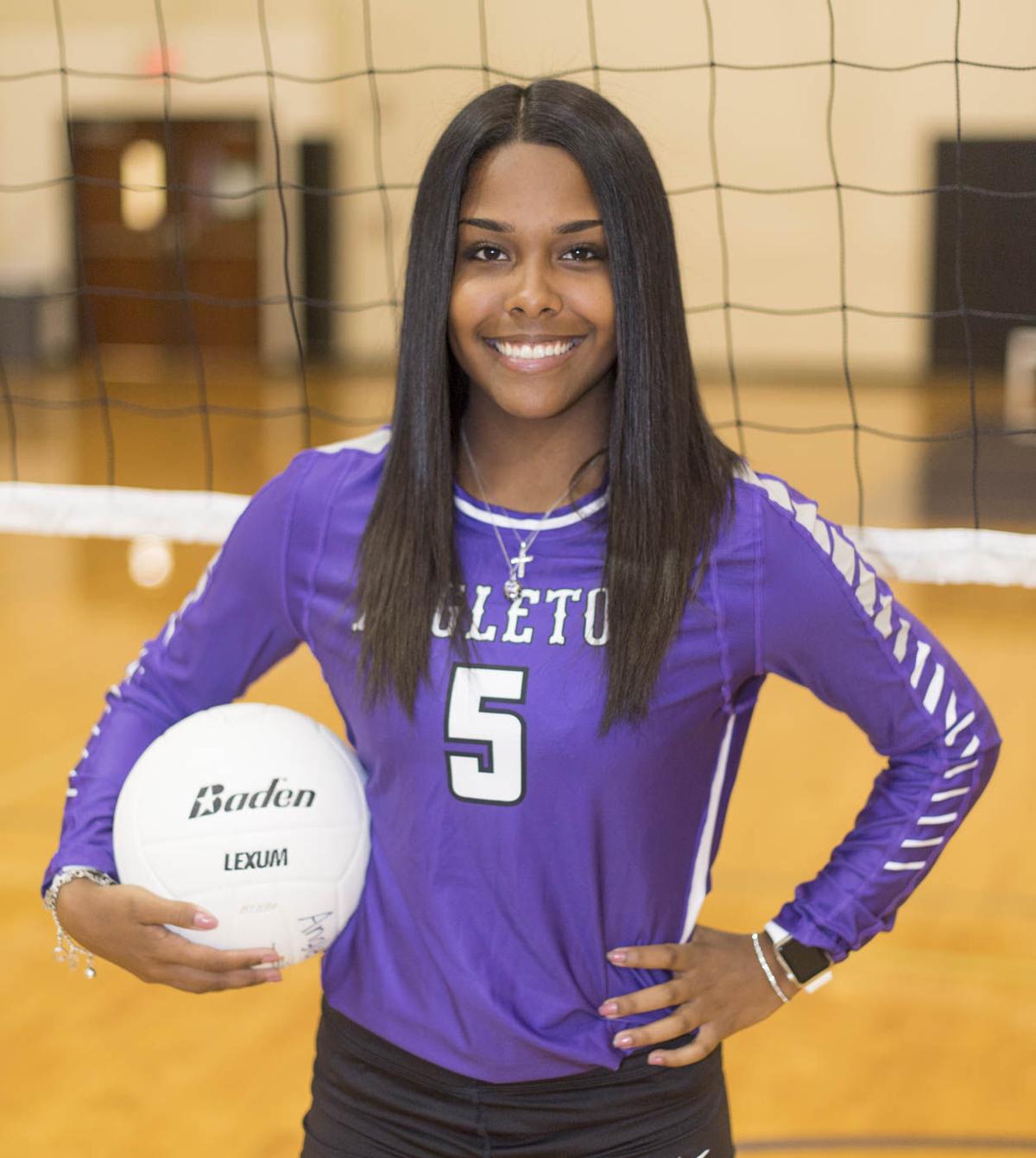 Angleton Ladycat captain Destiny Jones is all in to make it a great season. 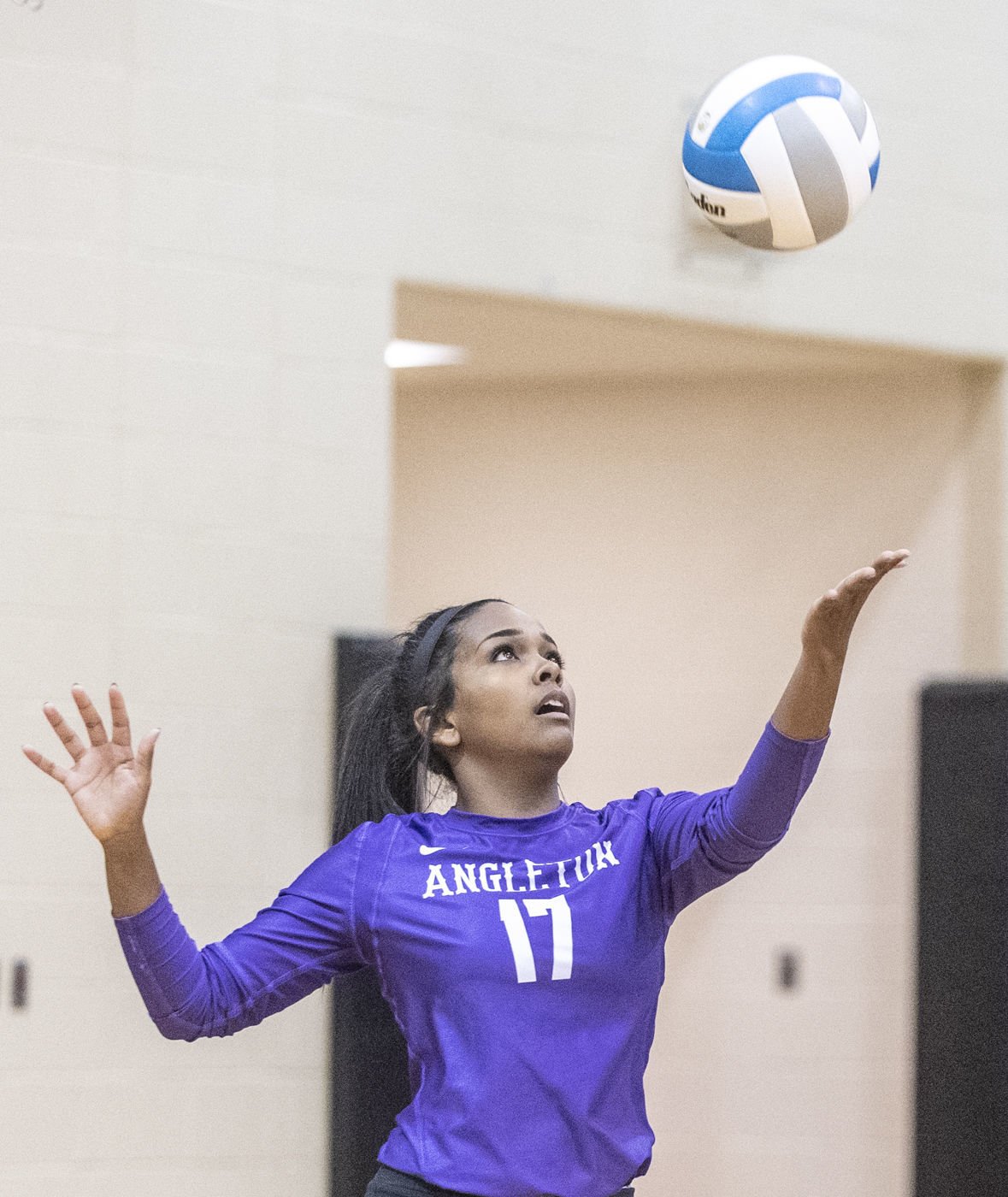 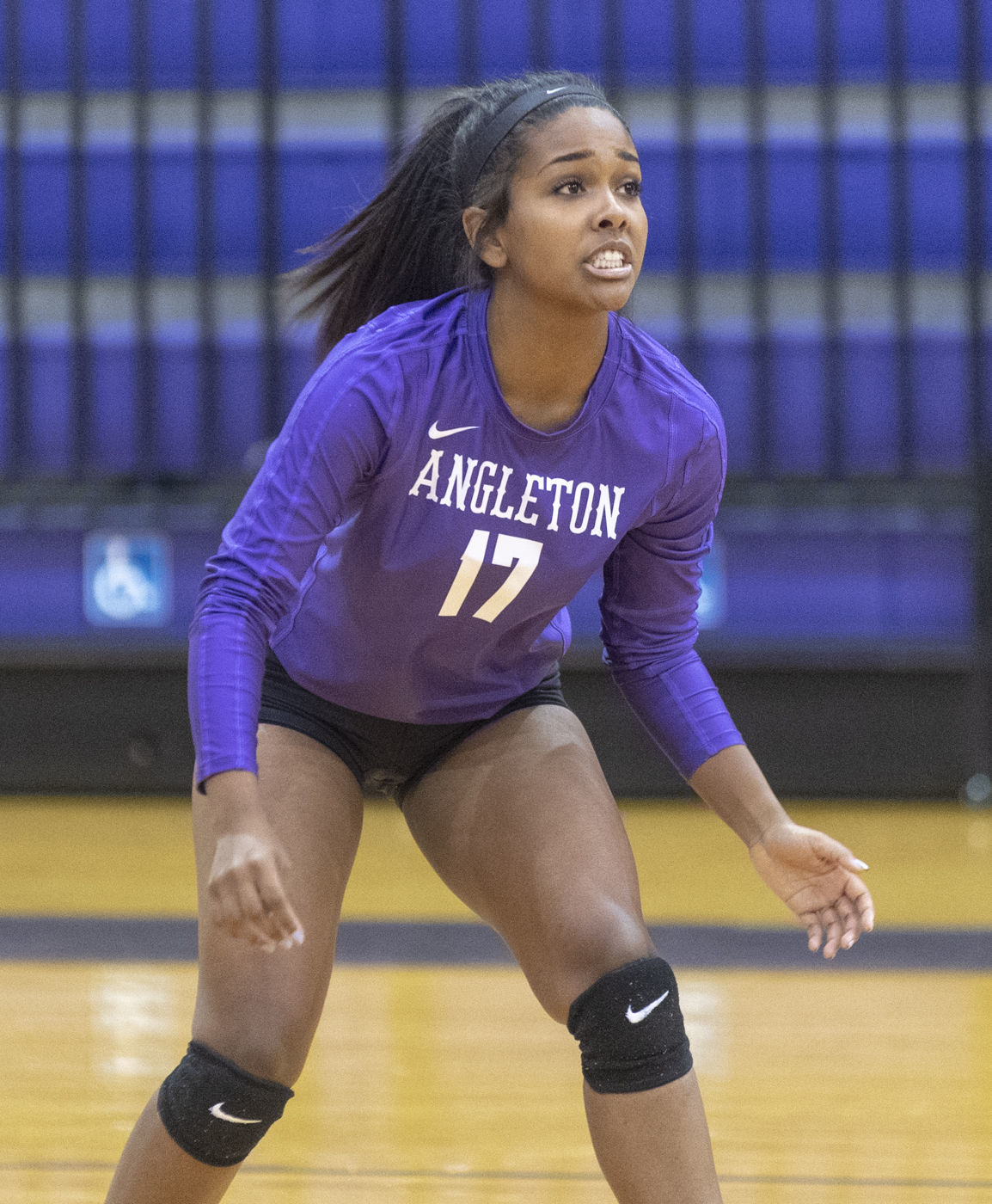 Angleton Ladycat captain Destiny Jones is all in to make it a great season.

Stepping into some big shoes, Angleton senior libero and setter Destiny Jones is hoping to lead the Ladycats out of an early season funk.

Jones, who is in her second season on varsity, didn’t see as much court time last year as she wanted, but this season she is an integral part of the team.

“For me it is going well so far, but we are still trying to situate some things on the team that is throwing us off,” Jones said after Saturday’s tournament games in Dickinson. “But I feel like if we can get through that, then we should be all right for the rest of the season.”

One thing still to be settled is the position Jones will play.

“Last year I was a defensive specialist, but this season I wanted to be the libero and that is the position that I fought for,” Jones said. “I feel better playing libero, and I am just not as confident enough to be the setter. Mainly because I know what I am doing as a libero opposed to making quite a few mistakes when I am setting, which gets me down. These past two or three games at the tournament I set, but they are switching me back and forth between that and libero trying to see what rotation she can stick with and which works better for us.”

Jones is a team player, so she really doesn’t care where she plays as long as she gets on the court and contributes to the team’s effort.

Coming off an 0-5 showing at the Dickinson Varsity Tournament, Jones knows the Ladycats are a better team than they showed.

“That is the frustrating part because the first game was an acceptable loss because we faced a pretty tough team in Alvin and we held our weight,” Jones said. “In the other matches, we should have won, but we didn’t bring the fire like we should have.”

Known for her hustle, Jones tries to apply the same tenacity to everything she does, whether sports or school work. She hopes it helps inspire her team.

“I think of myself like everyone else on the team, but I do believe that each one of us can bring the same thing to the table if we just put our mind to it,” Jones said. “For me personally, I believe that I am a good communicator with my teammates. I think that helps because as a team we lack communication.”

A volleyball player since seventh grade, Jones gave up basketball as a freshman to fully concentrate on volleyball.

“I just enjoy playing this game because I know that when I am playing with my team, that we can get better,” Jones said. “I love to win, and that is one of the reasons why I love this game, just because of the challenge for us as a team to improve.”

After a 1-6 start to the 2019 season, Jones understands she has to lead by example. Whether staying late after practice or being the first at practice, the co-captain is trying to make herself a good example.

“I like being a captain because I want to see my team grow and if I see something wrong then I will speak up,” she said. “I find it easy to communicate with my team, so it is good being a captain.”

District 24-5A is a week away from starting for Angleton, so the team has just one more match to fix its woes before embarking on a chase for a playoff spot. The Ladycats have missed the playoffs the last two seasons.

“We all need to get on the same page, and right now there is some disconnection within the team,” she said. “Once we get our act together and get on a winning mindset, then we can start winning, prospering and getting better.”

After high school, Jones would not mind walking onto a volleyball team at the next level. as she pursues a career in dentistry.