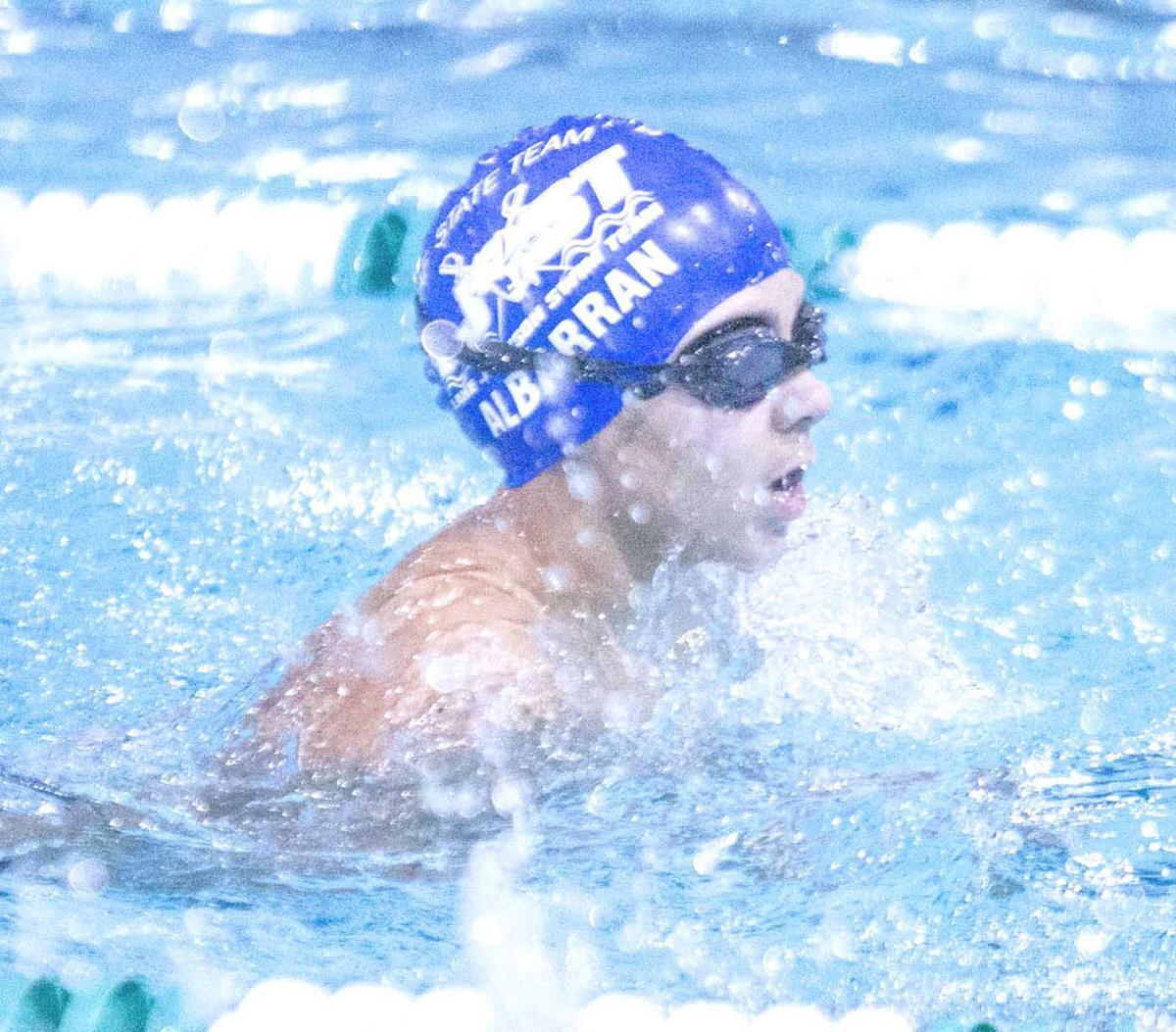 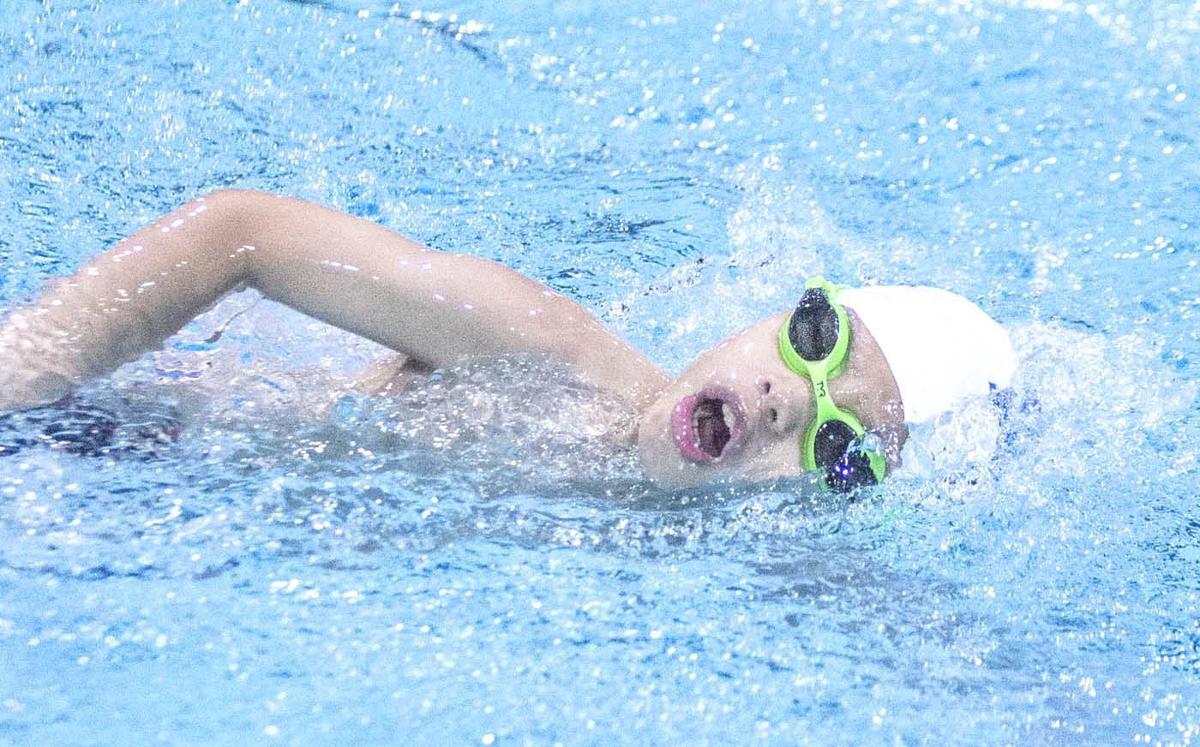 Lake Jackson Swim Team member Kolby Tran, 5, works out Tuesday at the Lake Jackson Recreation Center in preparation for the Winter Games this weekend in Pearland. Tran enters the meet seeded third in the 25 freestyle. 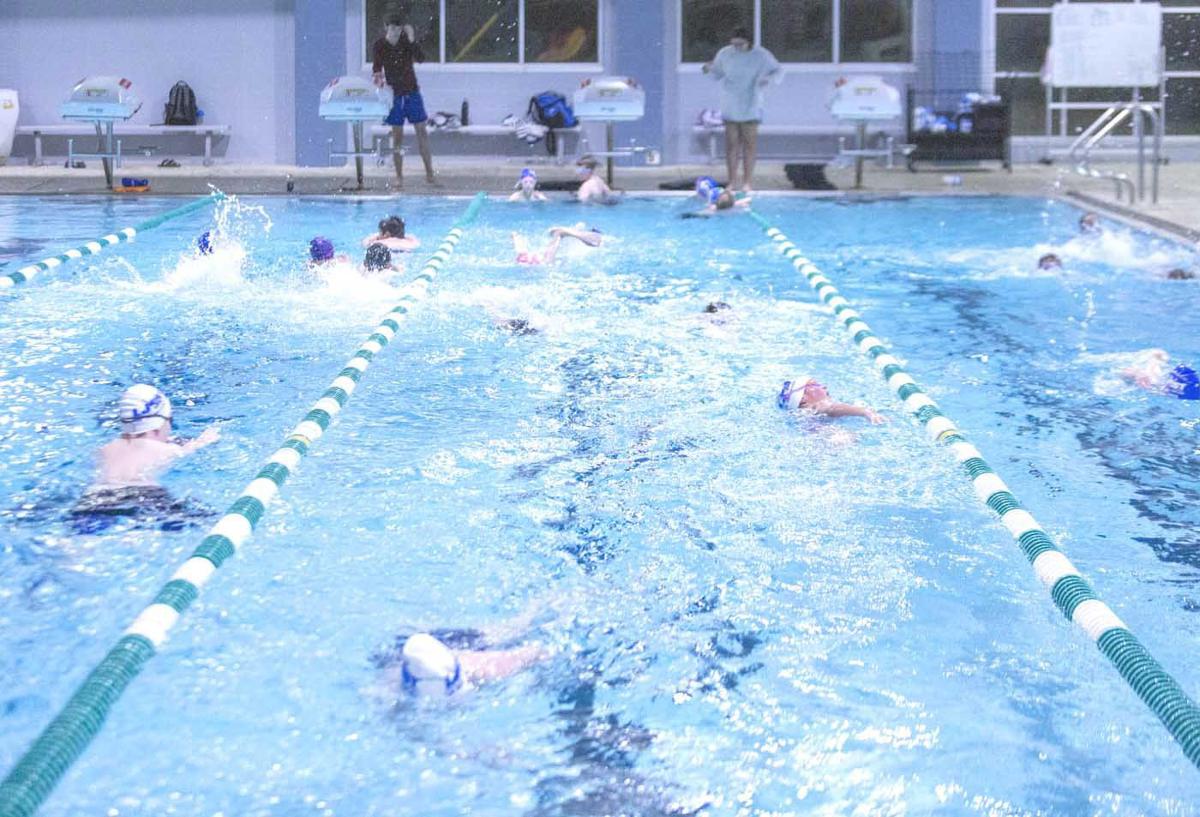 A host of Lake Jackson Swim Team members swim practice laps Tuesday at the Lake Jackson Civic Center as they prepare for the Texas Amateur Athletic Federation Winter Games this weekend in Pearland.

Lake Jackson Swim Team member Kolby Tran, 5, works out Tuesday at the Lake Jackson Recreation Center in preparation for the Winter Games this weekend in Pearland. Tran enters the meet seeded third in the 25 freestyle.

A host of Lake Jackson Swim Team members swim practice laps Tuesday at the Lake Jackson Civic Center as they prepare for the Texas Amateur Athletic Federation Winter Games this weekend in Pearland.

Fifty Lake Jackson Swim Team members will compete in their team’s only winter event when they head to the Texas Amateur Athletic Federation Winter Games.

The Winter Games will take place at the Pearland Recreation Center Natatorium starting at 8:30 a.m. this Saturday and Sunday.

Swimmers placing first through third will receive medals while swimmers fourth through eighth place get ribbons.

For the Lake Jackson girls, twin 8U swimmers Sierra and Clara Bracken both head in as a No. 1 seed. Sierra goes in seeded first in the 25 breaststroke with a time of 21.73

“They just excel at things that they do and are just hard workers,” Lake Jackson Swim Team coach Vivie Tran said. “This is Sierra’s specialty, and she has always been good at it, but she is a force to be reckoned with if she continues doing what she is doing in the pool. The same thing with Clara, and this is her stroke and has always been good at it. She will also be good as she continues to get older.”

“That is her stroke and in the past few seasons she’s really excelled in that event,” Tran said. “She is one of the hardest workers that I know.”

Audrey Hooks, who is in the 18 and older category, has the fastest 50 backstroke time in 35 seconds flat.

“These four, they all get along well and they are versatile so they can swim just about anything,” Tran said. “I am expecting them to swim well this weekend. Clara (Sterzinger) is the newcomer of the four swimmers, and last summer was her first summer to swim. But for someone who just started, she’s improved so much.”

“Piper is a strong swimmer and has two older sisters that she’s learned from,” Tran said. “She is 7 years old.”

“The backstroke is something that Larissa has gotten good at, and she is one that doesn’t step away from a challenge,” Tran said. “The IM is a challenging event and she seems to be doing very well with that event.”

“Sarah is only 6 years old, so I am anxious to see her continue to develop in the water,” Tran said. “Kesleigh is always working hard and I’ve never seen her not work hard in a practice. She is a real determined, motivated individual.”

“Charlie is one of those underdog swimmers, and he wasn’t ranked last summer, but by the end, he was quite a surprise for us,” Tran said. “Last year was Charlie’s breakout year where his times just started falling.”

“Anthony was our athlete of the year this past summer, and like Charlie, he is an underdog who has a history of going into a meet unranked but by the time he is done, he is a top seed,” Tran said. “Anthony has always been a good swimmer, but this past summer was remarkable for him because he went from a No. 16 seed to No. 1 seed. What’s really helped Anthony is that he just started coming to more practices and really put in the work. It paid off for him.”

“Kolby is my brother and goes to the pool every day,” Vivie Tran said. “He is someone that will keep improving just by getting in the water.”