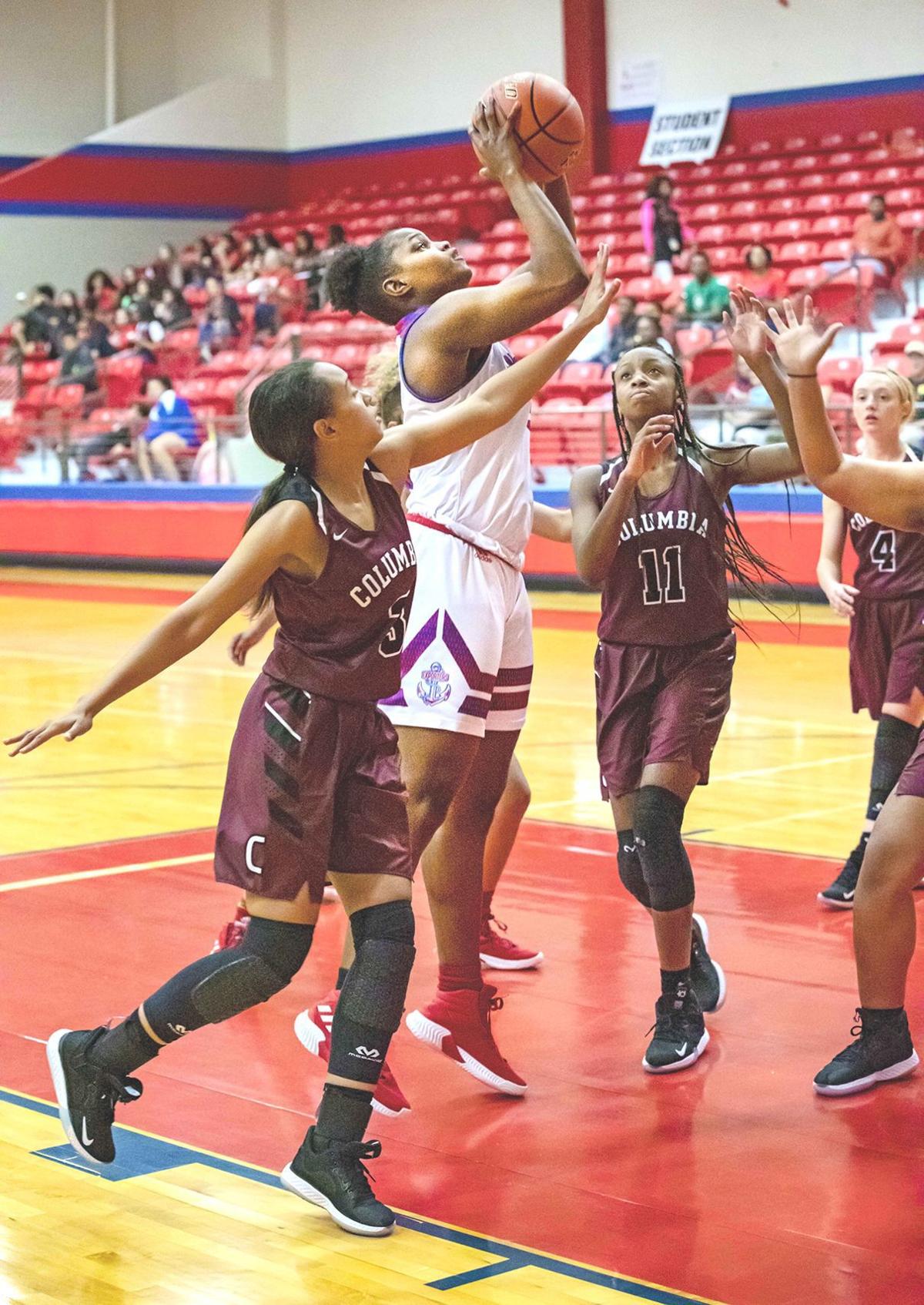 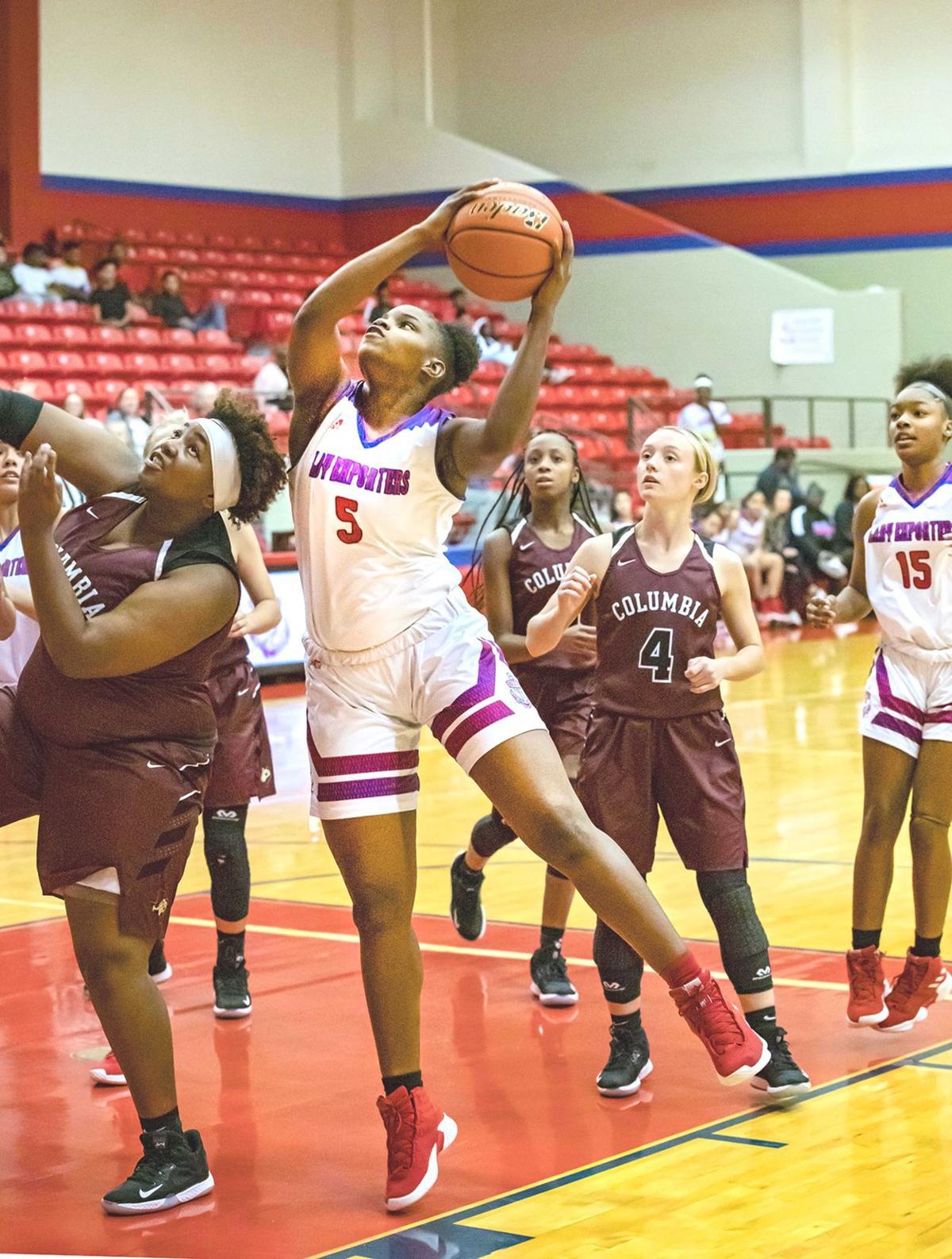 Fighting for a rebound against Columbia’s Jamoryai Butler, Brazosport’s Aja Gore comes up with the ball and heads to the rim in a District 24-4A matchup Friday at home. 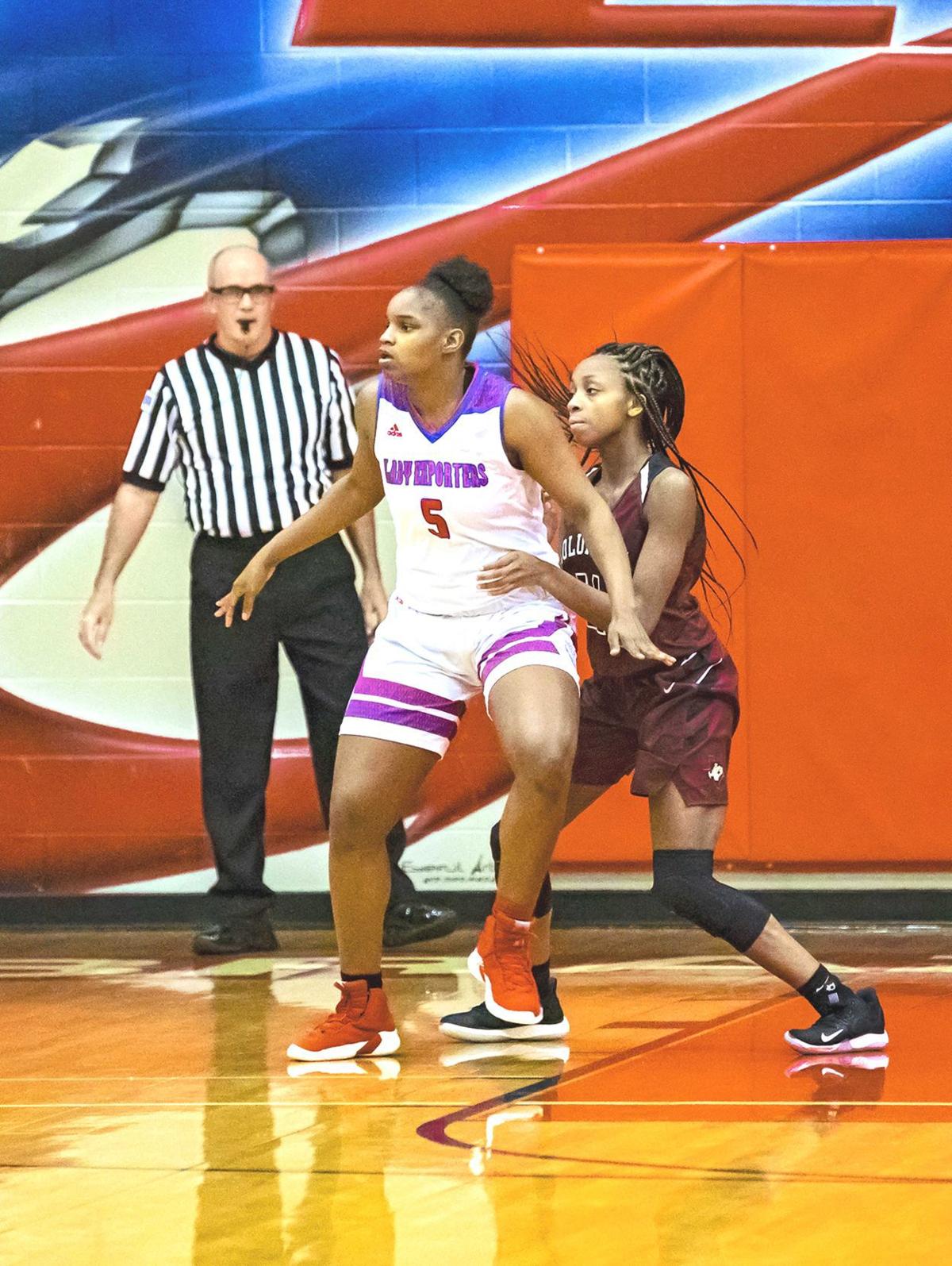 Brazosport junior Aja Gore plays defense Friday against the Columbia Lady ’Necks at E.E. “Flash” Walker Gym in the District 24-4A opener for both teams.

Fighting for a rebound against Columbia’s Jamoryai Butler, Brazosport’s Aja Gore comes up with the ball and heads to the rim in a District 24-4A matchup Friday at home.

Brazosport junior Aja Gore plays defense Friday against the Columbia Lady ’Necks at E.E. “Flash” Walker Gym in the District 24-4A opener for both teams.

Brazosport Lady Exporter Aja Gore puts her heart into everything she does and shows it every time she steps on the basketball court. The junior plays hard with a strong will to be successful in her life, and that helps her lead her team toward accomplishing its goals.

“I’m determined. I want to get things done and achieve so much together,” Gore said. “I feel like I can lead with my teammates pushing me and love the game. I’m improving on my attitude and not letting it show in the games. When I’m into the game, I’m really into it, and it’s hard sometimes to control.”

The 5-foot-11, 17-year-old forward started playing basketball in the sixth grade. She wasn’t interested in the sport beforehand, but her family played a part of introducing her to basketball.

“My cousin (Robert Johnson) started teaching me about it and my sister encouraged me to play in the sixth grade,” Gore said. “Ever since then, I’ve always been playing.”

Her strengths on the court are being a leader on the team and being a force inside the paint, whether it’s rebounding or scoring. But Gore doesn’t think scoring is the most important part of the game.

“Rebounding because we can’t get the points we get unless someone is there to rebound so we get are shots,” Gore said. I also try and do some post moves to get us some points.”

“Ever since I’ve been here, she has helped me and pushed me to be better,” Gore said. “She knows I have a son and helps me however she can. I know I can go to her and talk to her about anything.”

Josey wasn’t aware of her influence on Gore, but it pleased by it, she said.

“As a coach I’m always hard on my players, but to be honest, I’m shocked. That’s something she wouldn’t just tell me, but I’m grateful she feels she can confide in me,” Josey said. “As a single mother myself, we have a certain connection.”

Gore also plays AAU basketball for the BC Elite out of Houston, coached by Johnson, and has been playing with that team since the seventh grade.

While the high school season is in full swing, Gore doesn’t practice every day. Once AAU play starts up again, she plans to practice her ball skills, post moves and shot every day to improve herself, she said.

She hopes to get a basketball scholarship and the University of Houston, University of Texas or Texas A&M-Commerce. Gore wants to be in state to be closer to home.