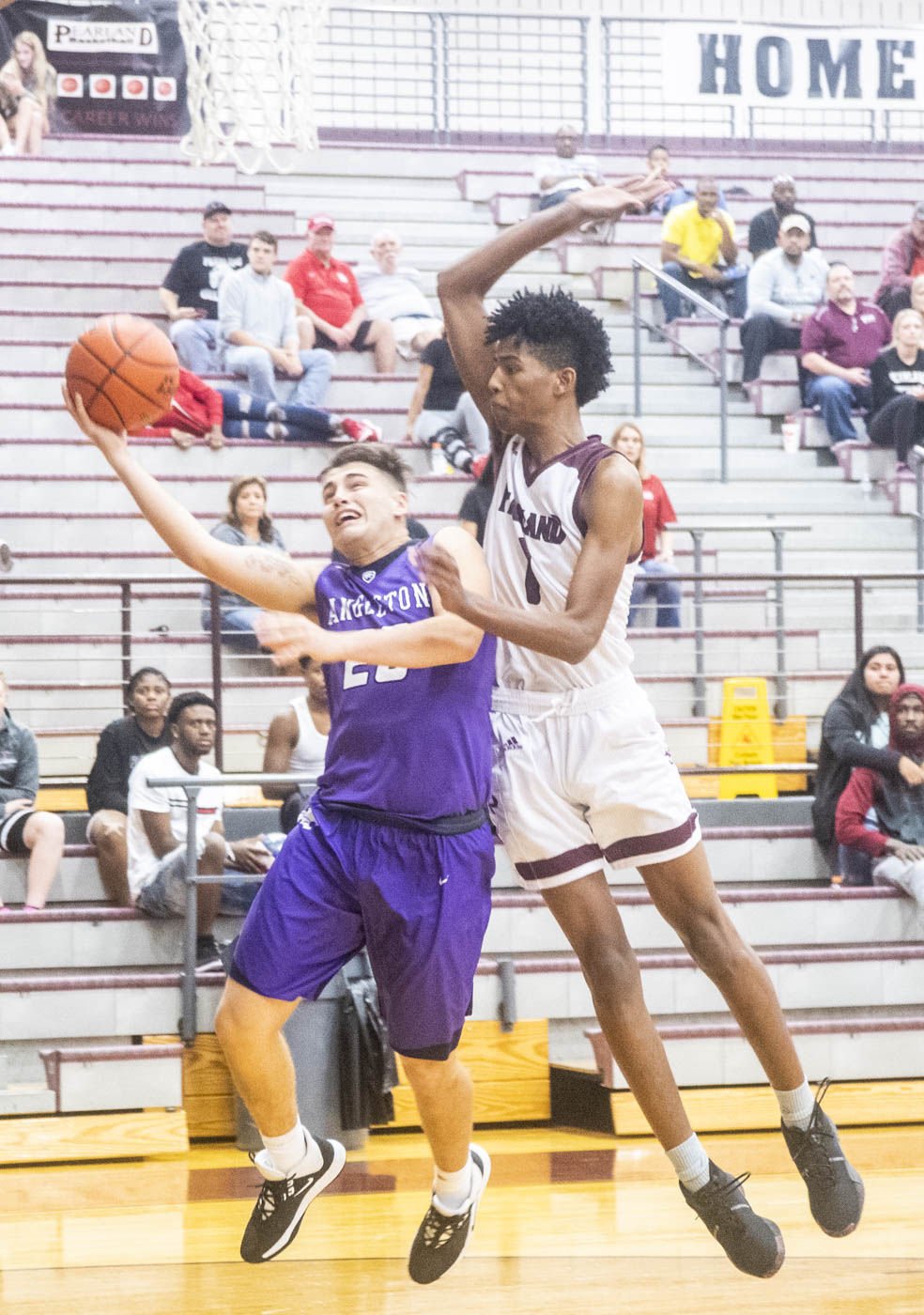 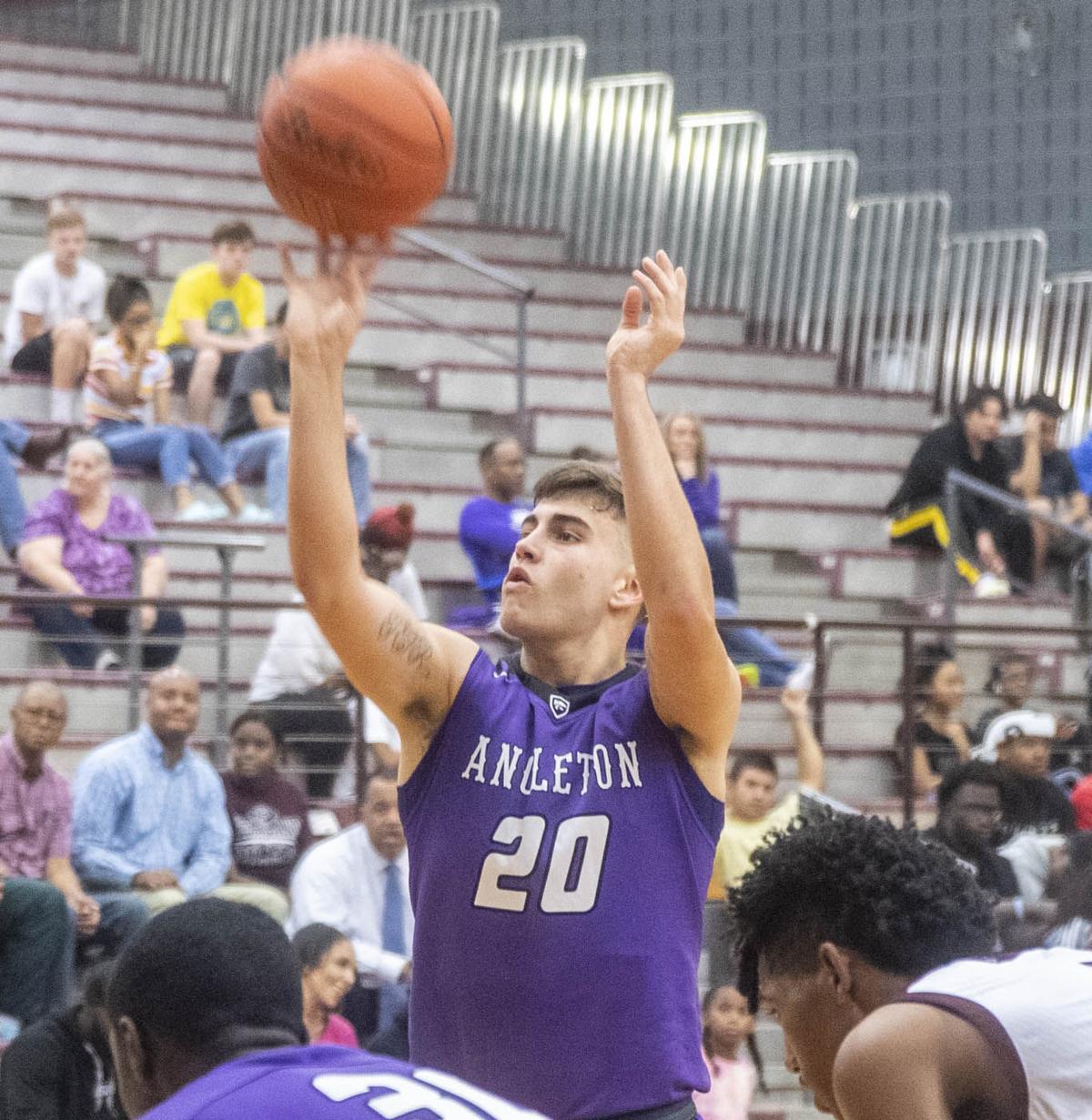 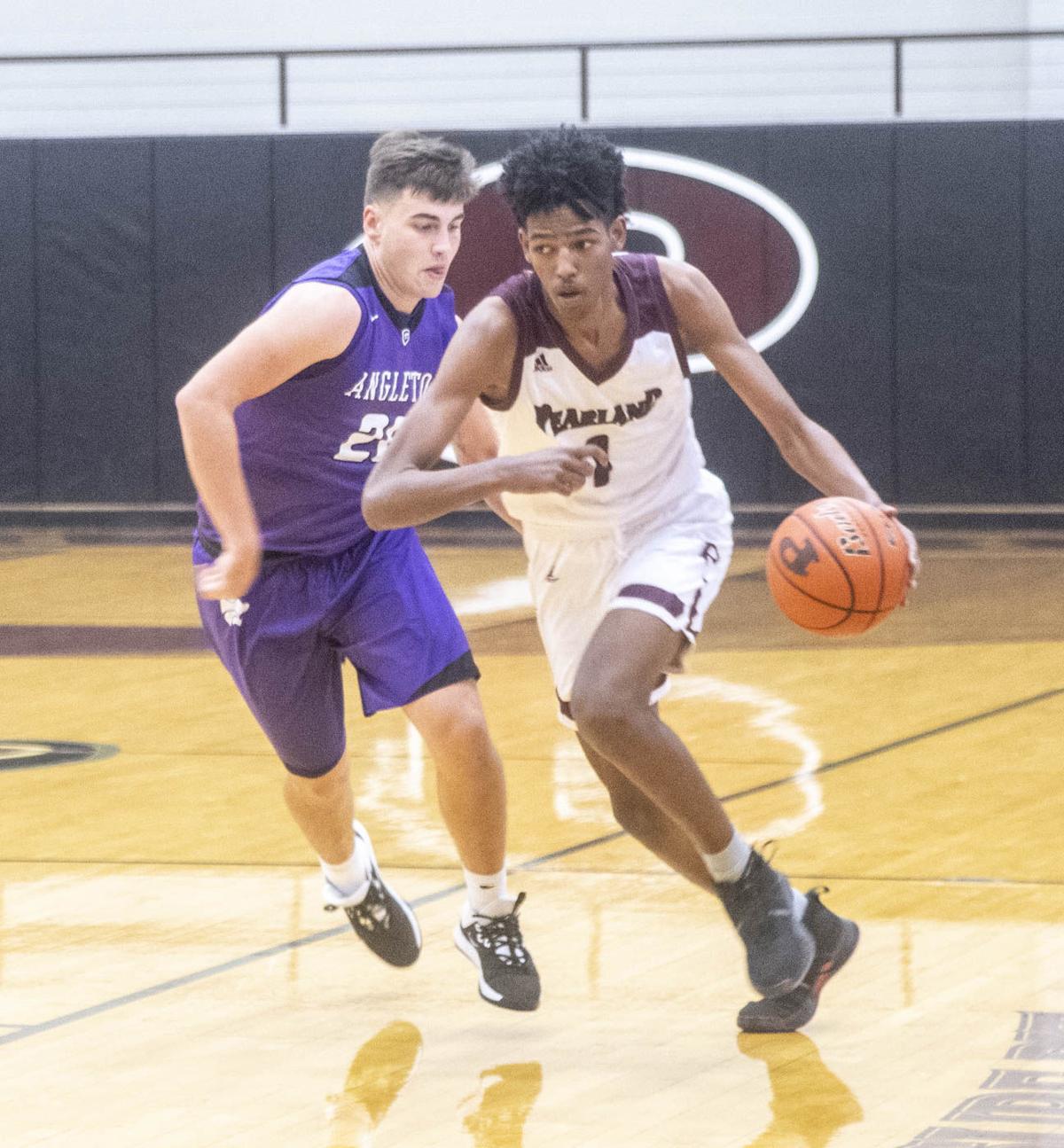 As one of only three seniors, Angleton’s Garrett Patton is taking on various roles this season because of the youth on the Wildcat basketball squad.

Thirteen players graduated from last year’s team, with Patton as the only returning letterman. After finishing his football season with the Wildcats, Patton quickly changed over to team leader on the basketball court.

“At first it was hard because I had to get into basketball shape coming off football,” Patton said. “I knew it was going to be tough with such a young team, but I trained hard over the summer knowing we were going to be that young.”

With four freshmen along with two sophomores, a few juniors and those three seniors on this year’s team, Patton was the only one playing varsity basketball last season, serving as a reserve.

“He’s stepped up and been a leader this year, which for him has been a change because he had to play that second fiddle role previously by having other guys,” Angleton head coach Thomas Josey said. “He’s been playing great on both sides of the ball, and offensively he is scoring in double digits and really just concentrating on the essentials to a game. He’s also been helping the guys along, especially in practice and of course the games.”

Patton moved to the Angleton area from Florida when he was a fifth-grader. That was also the year he took up basketball.

“I only played baseball, but I dropped it when I moved here,” Patton said. “I did pick up football but played it only as an eighth-grader, freshman and this past season because it was my final year.”

Patton was a reserve tight end and defensive end for the Wildcats.

As a hoopster, Patton knows his way around the court.

“From last year to this year, he’s grown on the defensive side of the ball, because we’ve known he can put the ball in the hole,” Josey said. “The first three games he took on the challenge of playing the better player defensively, and he did well. Right now Garrett is doing all of the little things that we need him to be doing to help us.”

Last year as a reserve point guard he averaged four points and two rebounds per game while shooting 40 percent from the 3-point line.

“Last year by playing with those guys, it helped me develop my game to the speed of the game at this level,” Patton said. “I just love the energy that this game brings to a team when they are playing well. There is no other sport that isn’t as fast as basketball; like in football there are breaks but in basketball it is a constant movement.”

This season he’s moved over to shooting guard and is coming off a 15-point performance against Pearland before the Thanksgiving break. The youth and inexperience of the Wildcats showed in the second half of that game.

“Before the season started, coach Josey told me at th e beginning of season that I would have a big role in the leadership and I’d have to get everyone on track,” Patton said. “He just told me not to focus too much on myself, because he wants me to help with the younger players, especially in being leaders themselves on the team.”

Off to a 3-5 start to the season, the Wildcats have quite a few athletes. But coming together as a team will be vital if they want to succeed this year.

“It’s been rough here at the beginning; at one point, we lost four games in a row,” Patton said. “But here at the McDonald’s tournament we kind of came together a bit, because we won three in a row and it just energized us knowing what we needed to do to win. I really do think that in practice we need to execute more and take it more seriously.”

A lot has been placed on Patton’s shoulders.

“The thing about him more so is even though we had a bad start this season, he texted me to tell me that we are going to be fine,” Josey said. “He just wanted to tell me that they were going to keep working and things were going to work out. That really showed me his leadership qualities right there. In fact, for me, that might be a first time for me where a player responds like that. I was really impressed by that.”

The Wildcats will continue their nondistrict season by hosting Fort Bend Ridge Point today. As for Patton, he’s got plans for the future if basketball works out the way he wants it.

“I would love to play at the next level or further then that like overseas,” he said.