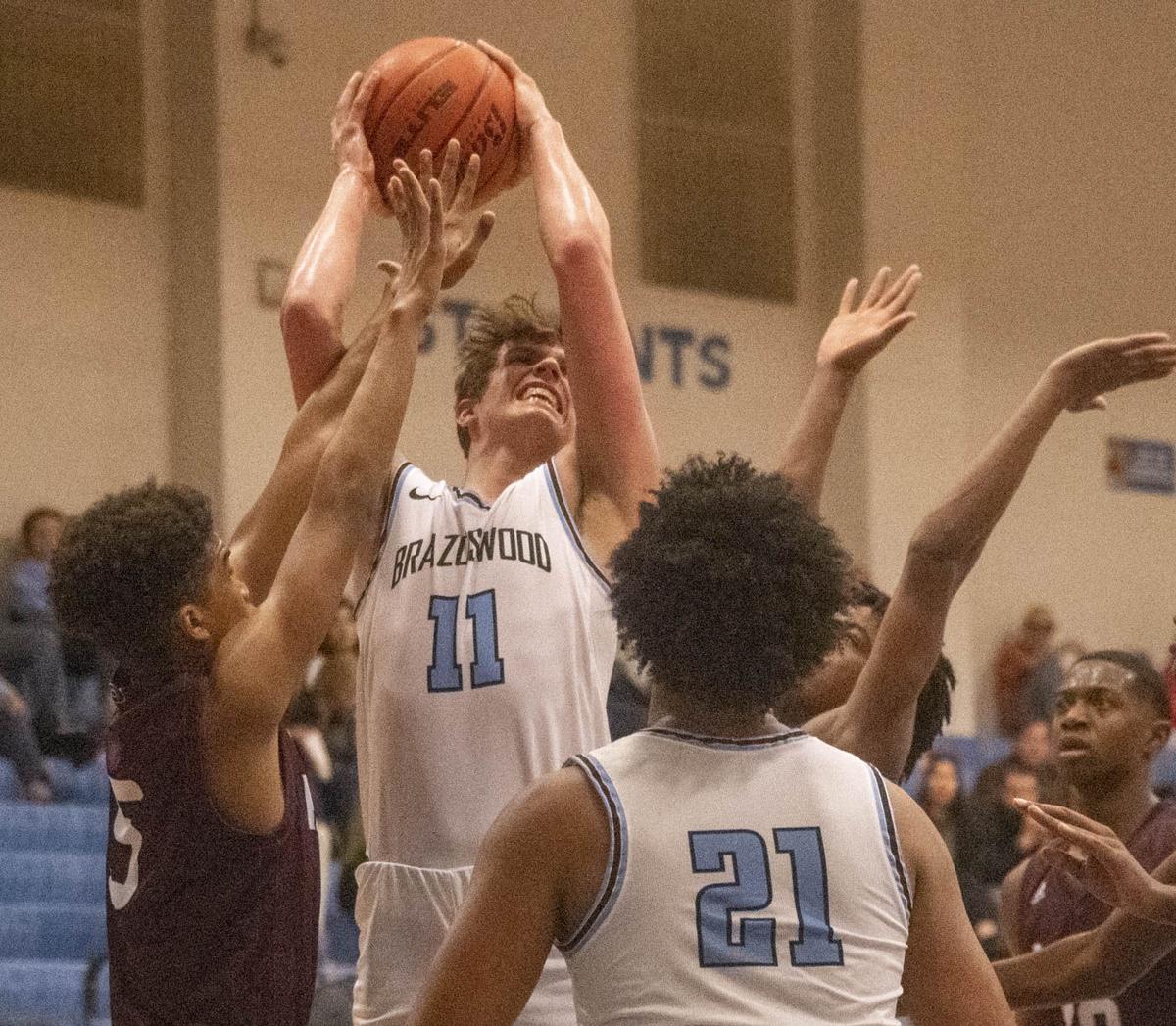 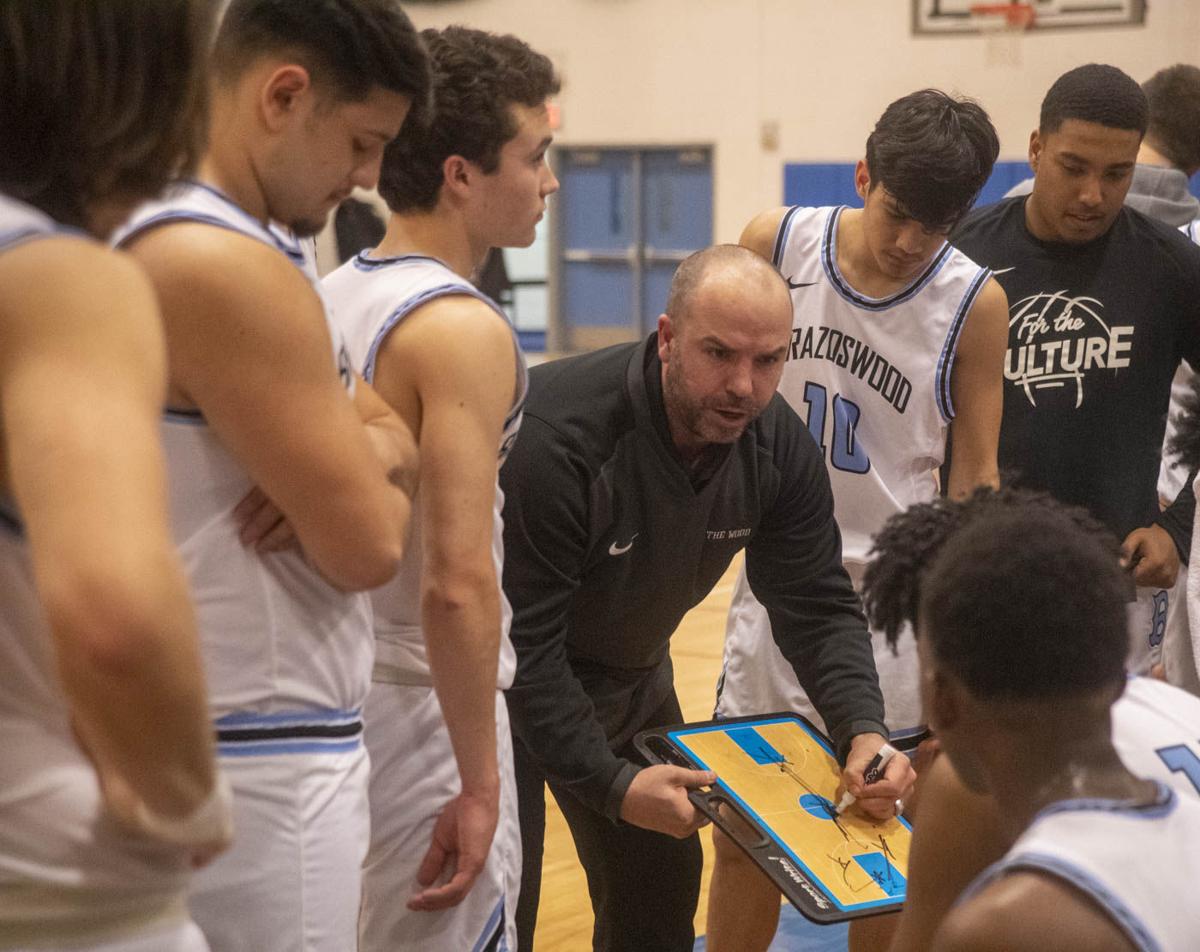 Brazoswood coach Trent Oliver goes over the next play during the third quarter at the Bucs’ home game Friday against Pearland. 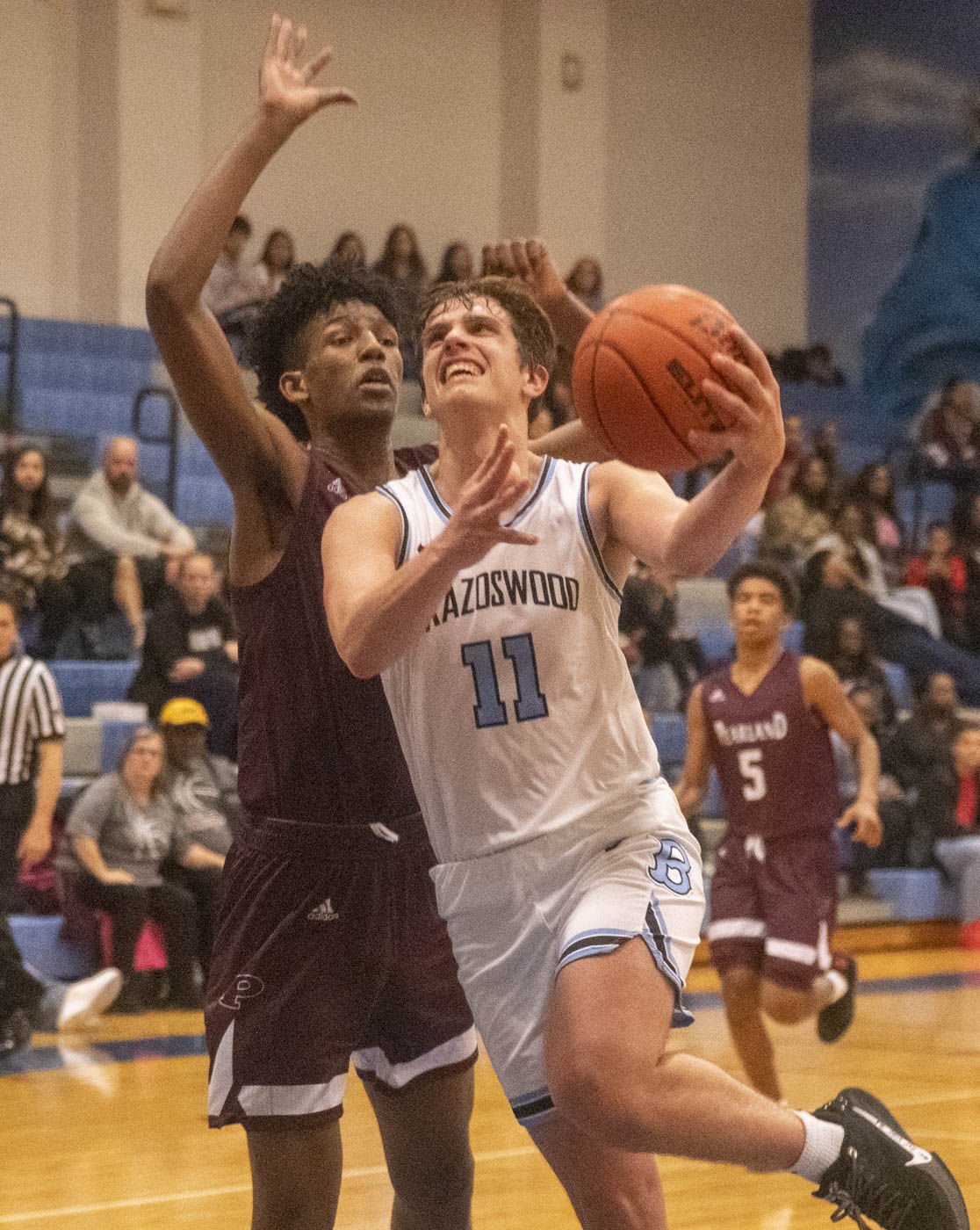 Jake Simpson goes in for a contested layup past Oiler Robel Desta during a heated last quarter at Brazoswood’s game against Pearland on Friday in Clute. 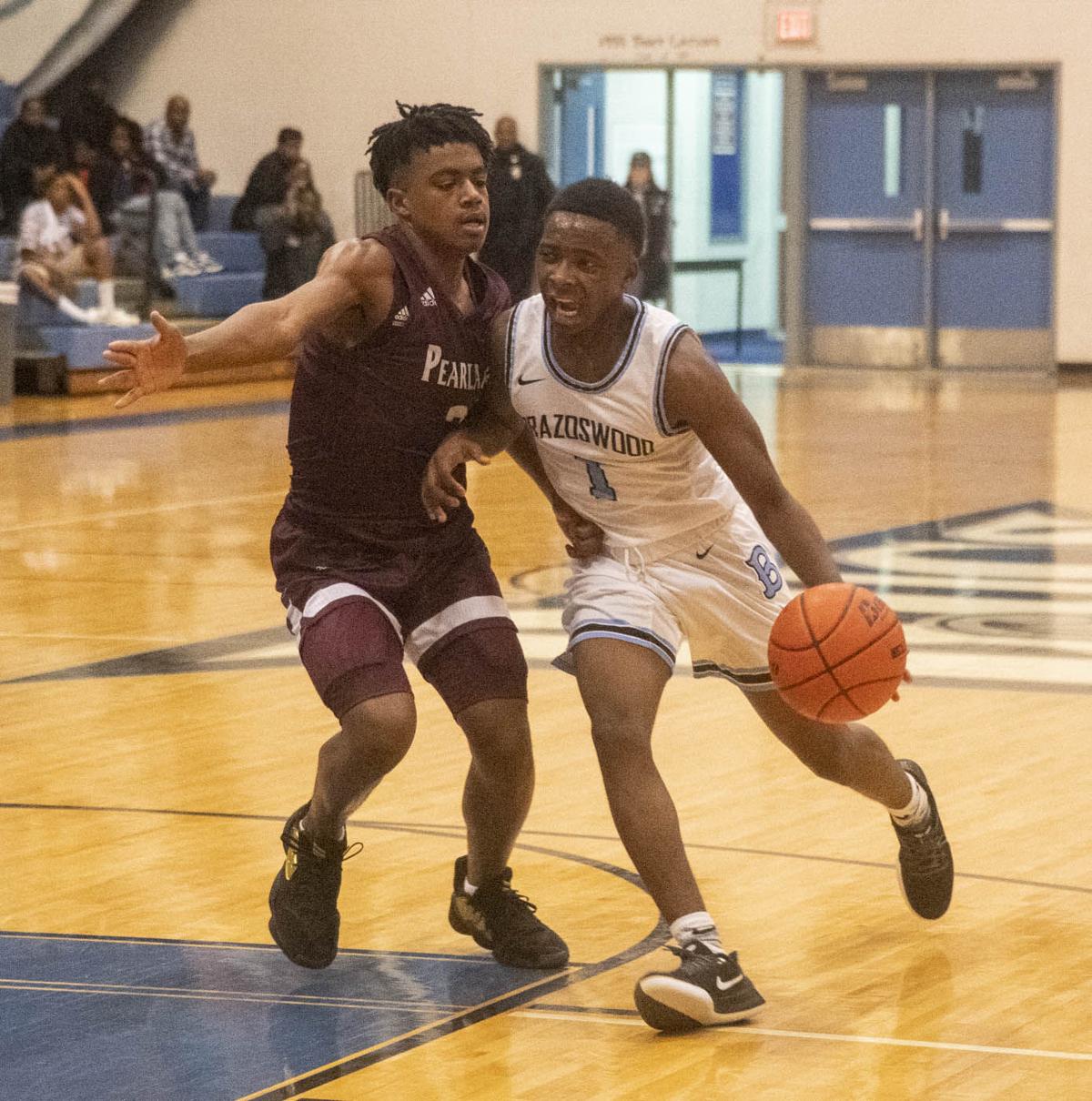 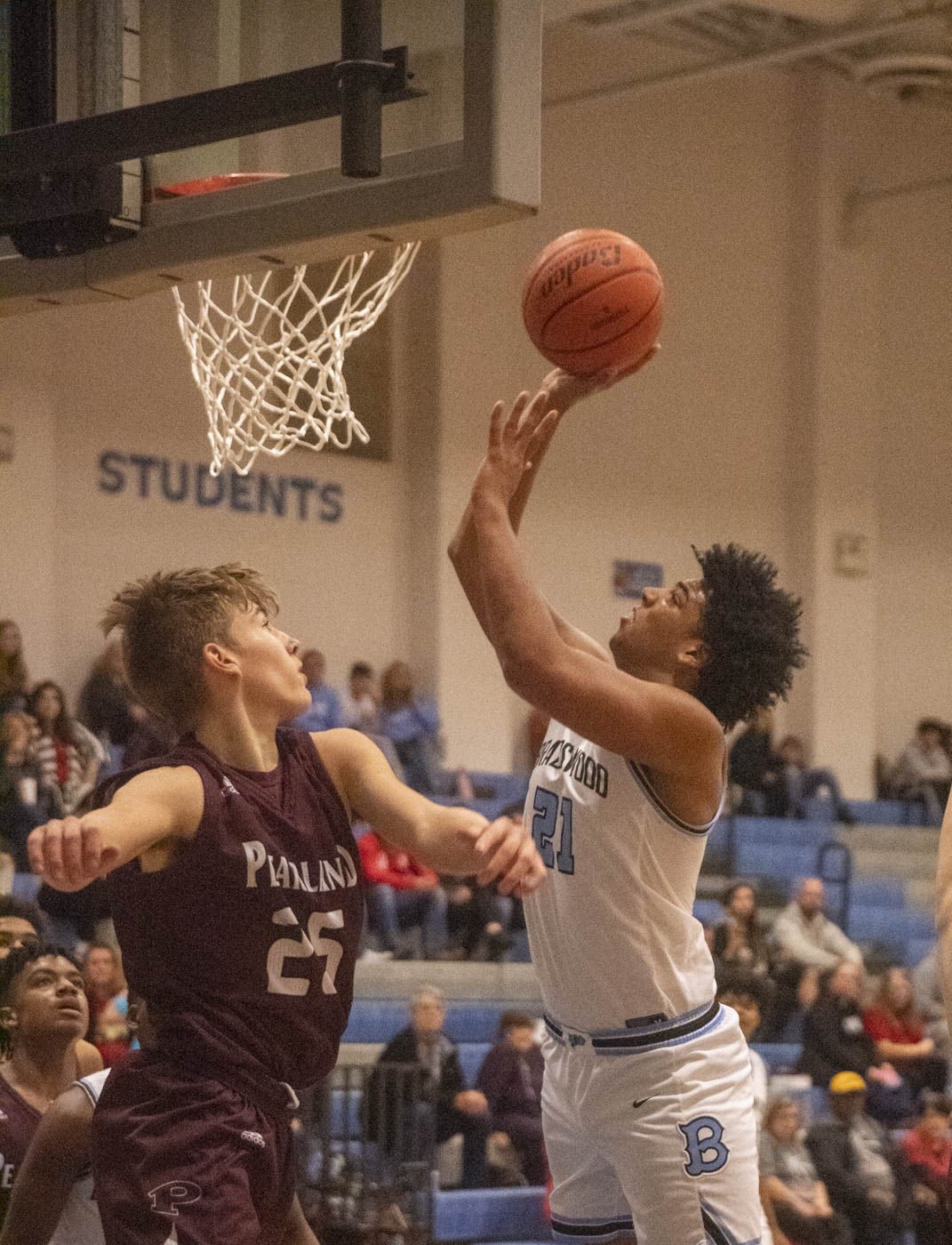 Vontroy Malone (21) puts up a layup for the Buccaneers on Friday at their home game against the Pearland Oilers.

Brazoswood coach Trent Oliver goes over the next play during the third quarter at the Bucs’ home game Friday against Pearland.

Jake Simpson goes in for a contested layup past Oiler Robel Desta during a heated last quarter at Brazoswood’s game against Pearland on Friday in Clute.

Vontroy Malone (21) puts up a layup for the Buccaneers on Friday at their home game against the Pearland Oilers.

The Pearland Oilers solved the Brazoswood press in the fourth quarter to pull away from a resilient Buc team for a 75-59 District 23-6A win Friday night.

The Oilers were able to re-establish themselves in the final period after their strategy of spreading the floor opened a path for a Brazoswood comeback attempt in the third quarter.

“These boys fight so hard. That’s a good team we lost to tonight,” Brazoswood head coach Trent Olivier said. “We’re in a very good district and we’ve been right there in every game. I’m so proud of how hard they fight though.”

With a 34-23 lead coming out of halftime, Pearland decided to hold the ball near half court to force Brazoswood to stretch its defense. The Bucs responded by subbing in Ken’yon Atwater and applying full-court pressure. The tactic quickly yielded results.

Atwater got a quick steal and the Brazoswood press forced Pearland to turn the ball over six times, creating scoring opportunities for the Bucs. Atwater caught a pass on the right wing and nailed a three, and Alex Reyes launched a moonshot from well beyond the arc for another trey as Brazoswood cut the lead to 44-40 as the quarter ended.

“Atwater came on and gave us a lot of energy tonight. He’s only a sophomore and I’m so excited about what he’s going to give us.” Olivier said.

Pearland regrouped and started to figure out the pressure, pushing the ball down the court and creating points. Brazoswood tried to respond with Dominic Arredondo with acrobatically finishing a lay-up around his man and drawing the foul, but couldn’t keep the Oilers from going on a run.

Derrick Ardoin got into a rhythm early as he was able to hit a pull-up mid-range jumper and several lay-ups after beating the press. He scored nine of his 16 in the quarter.

AJ Tyler then started beating the defense with his dribble and got to the rim several times. He scored 12 of his 24 in the fourth and the Oilers’ lead kept climbing.

The three ball dominated both teams’ offensive strategy in the opening quarter, with Jordan Maxwell starting things off with a trey from the left wing for the Oilers. Ty Sims responded with a deep three from the left wing as well, but then Tyler hit two threes of his own.

As the Oilers tried to pull away, Sims consistently answered to keep the Bucs close. He drove right and banked in a floater over the defense and hit two more three’s as he scored all of the first-quarter points for the Bucs, who trailed 16-11 after the opening period.

Ardoin had a slick crossover and pull-up three from the right wing as Pearland pulled away in the second quarter. Jake Simpson hit a pair of free throws before grabbing a rebound and taking the ball all the way down the court for the lay-up as he was fouled. Maxwell answered though with a lay-up and a three, and a Tyler lay-up with time running out cemented the Oiler lead at 11 at intermission.

Pearland improved to 29-4 and 10-3 in district while Brazoswood falls to 15-18 and 2-11 in distric t. The Bucs end their season Tuesday when they host Alief Hastings.