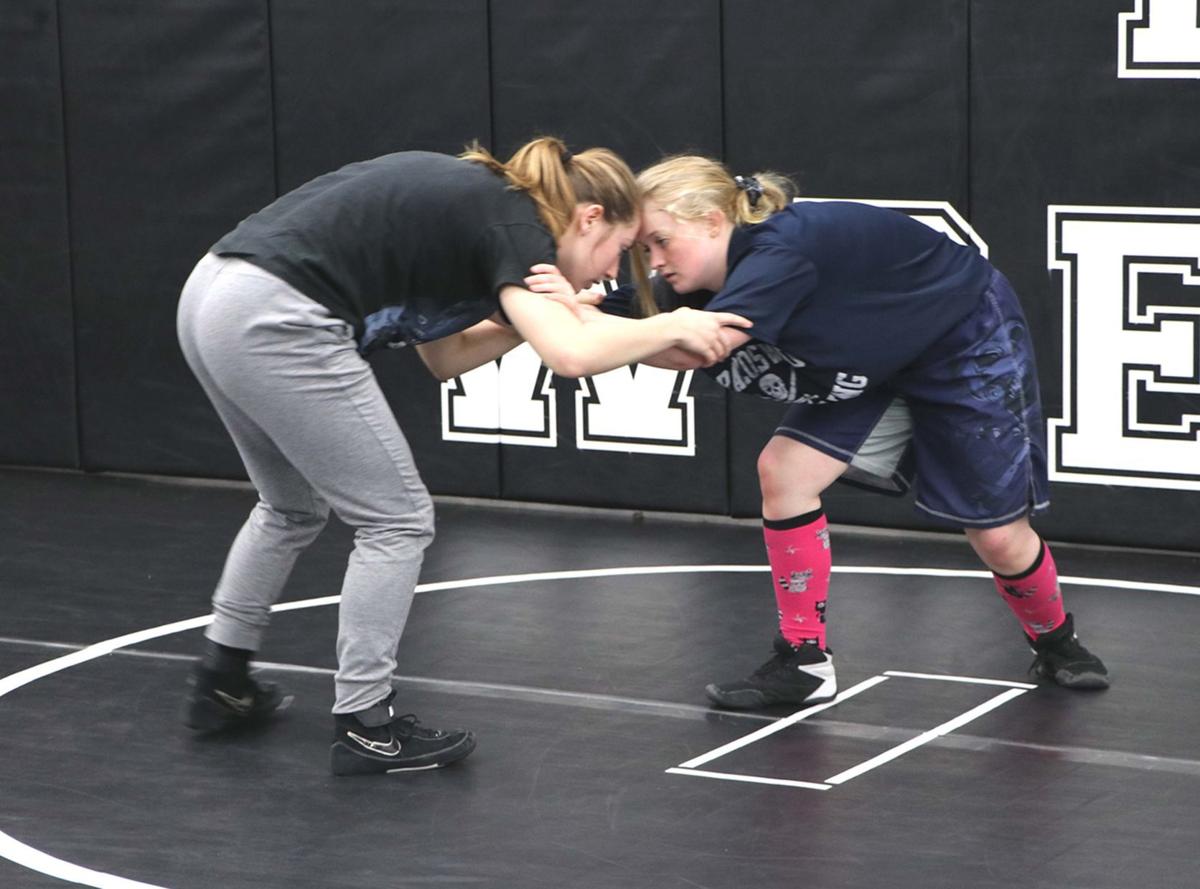 Brazoswood Lady Bucs’ Grace Huffman (left) and Reagan Davenport lock up during a workout at the Buc mat room on Tuesday in preparation for the Class 6A Region III Tournament at the Merrell Center in Katy today and Saturday. 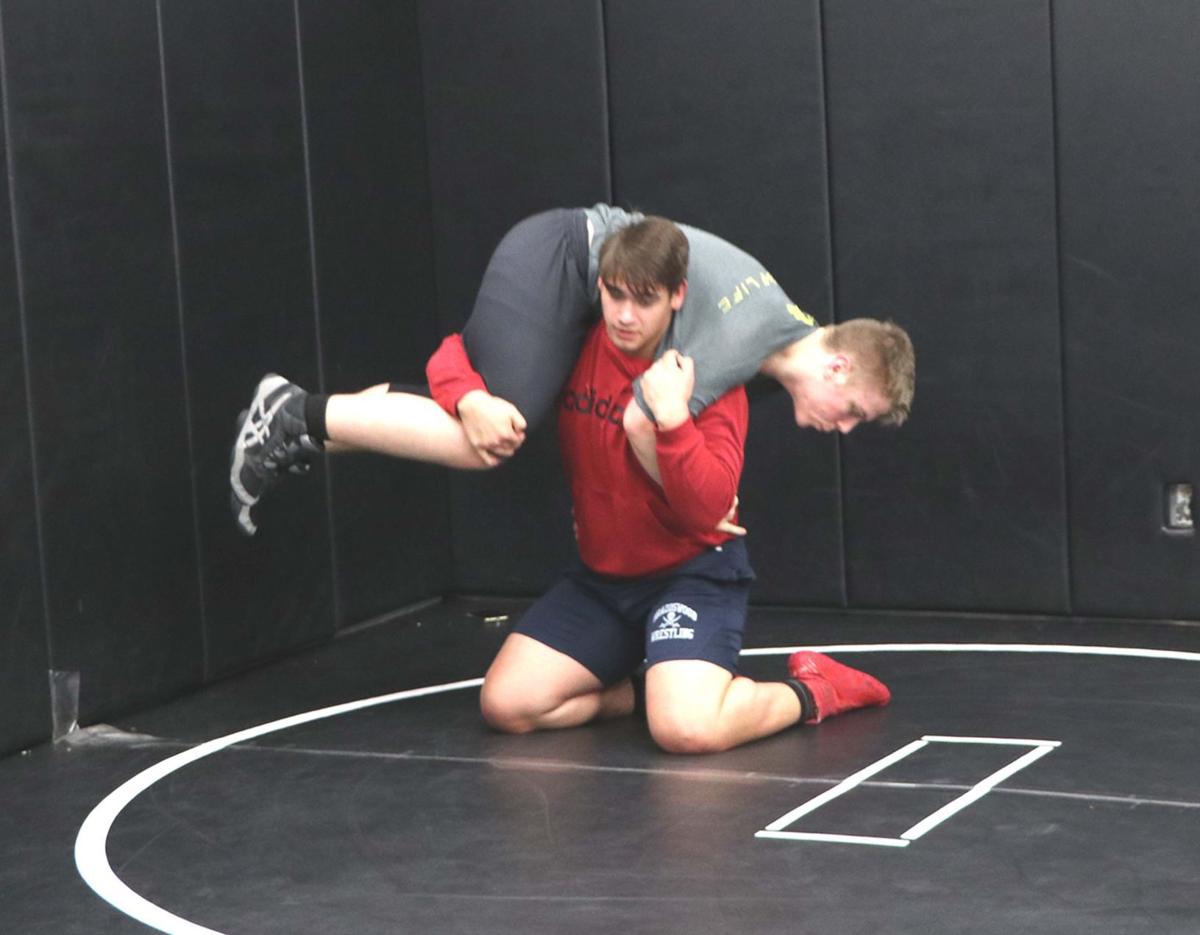 Brazoswood’s Derek Cole (Red) and Keaton Davenport go through some moves during a light workout on Tuesday at the Brazoswood fieldhouse.

Brazoswood Lady Bucs’ Grace Huffman (left) and Reagan Davenport lock up during a workout at the Buc mat room on Tuesday in preparation for the Class 6A Region III Tournament at the Merrell Center in Katy today and Saturday.

Brazoswood’s Derek Cole (Red) and Keaton Davenport go through some moves during a light workout on Tuesday at the Brazoswood fieldhouse.

Brazoswood wrestling will put its district success to the test when they send 13 wrestlers to compete this weekend in the UIL Region III-6A Championships at the Leonard E. Merrell Center in Katy.

The event begins with preliminary rounds at 9 a.m. today, with the championship matches happening Saturday. The top four finishers in each weight class with advance to the state meet in Cypress.

“Everything went really smooth in practice and we’ve been working more toward polishing up on their favorite moves and what’s been working for them,” Brazoswwod head coach Curtis Roberts Jr. said. “I couldn’t have asked more from them in one of our harder practices, and they’re ready to go.”

The Buccaneers have eight wrestlers while the Lady Buccaneers will have five in the competition.

Two-time district champion Nathanael Reyna (132) will compete against Nicholas Cordova, while surprise of the season Trevor Dyson (285) faces off against Angel Marrujo of Cypress Park.

“With the younger guys, they have a little bit of uncertainty heading in, but that’s why we try and bring them in and show them around the place beforehand,” Roberts said. “The guys that have been here before understand it’s a business trip and what they need to do to be prepared.”

All the Lady Buccaneers competing in the region meet are newcomers since it is their first year of wrestling. Savea Cunningham (95) competes against Melissa Cifuentes from Cypress Springs while Vera Mae Gonzales (148) goes up against Liliann Gomez Botelho from Katy Morton Ranch.

The other Lady Bucs who will strive to qualify for state are Arianna Bardsley (102), who opens against Amanda Lee Mcaleavey (Cypress Creek); Jasmine McCaskill (119) starts against Djin (Didi) Box (Katy); and Angela Huffman (128) faces Olivia Mottley (Cypress Ranch) in the opening round.

Roberts believes in what each can accomplish despite them being rookie wrestlers, he said.

“Expectations regardless for anyone is work on what we’ve been teaching them,” Roberts said. “Don’t change what’s been working for you and what got you here. If they do that, I’m positive they’ll do great.”