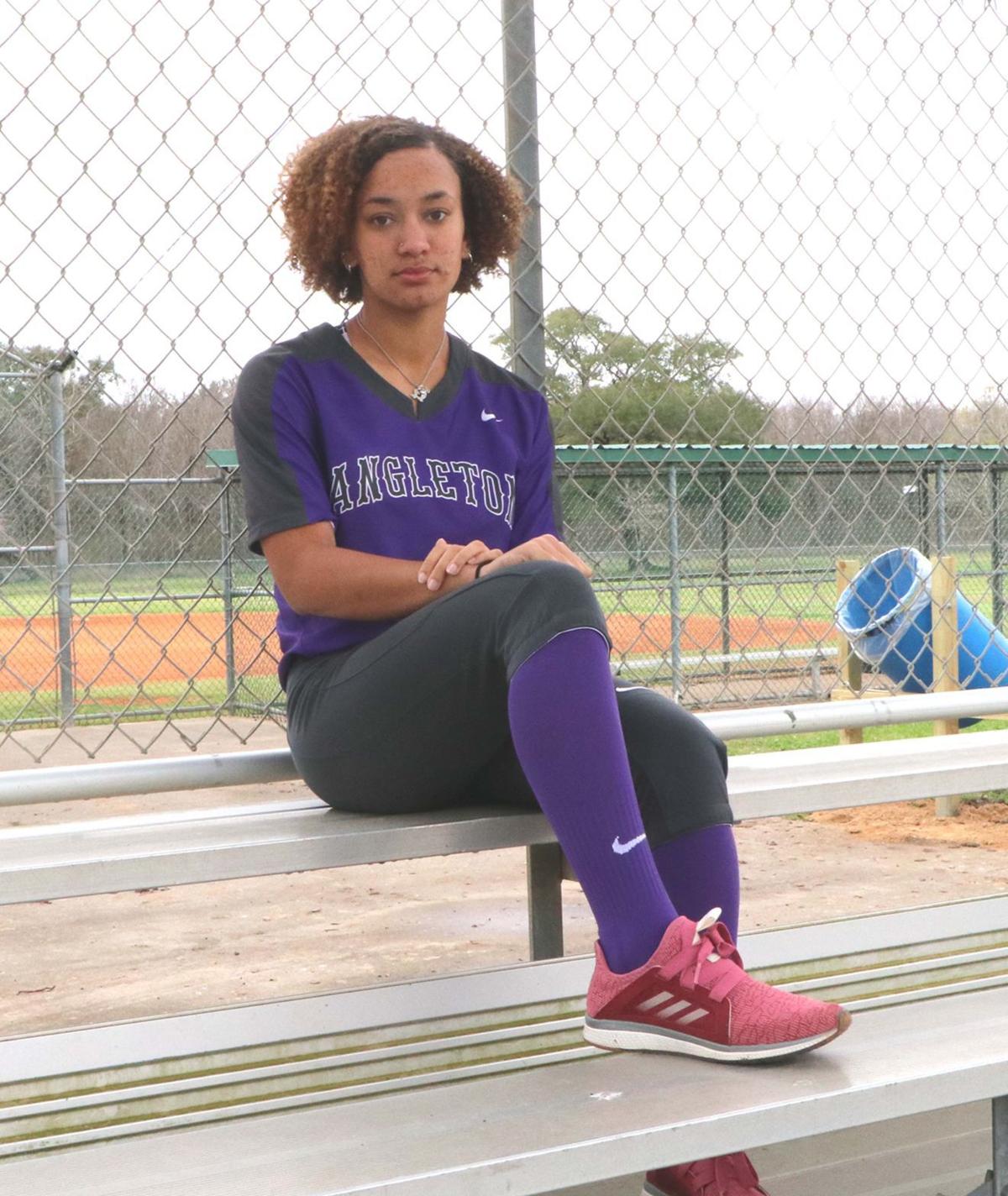 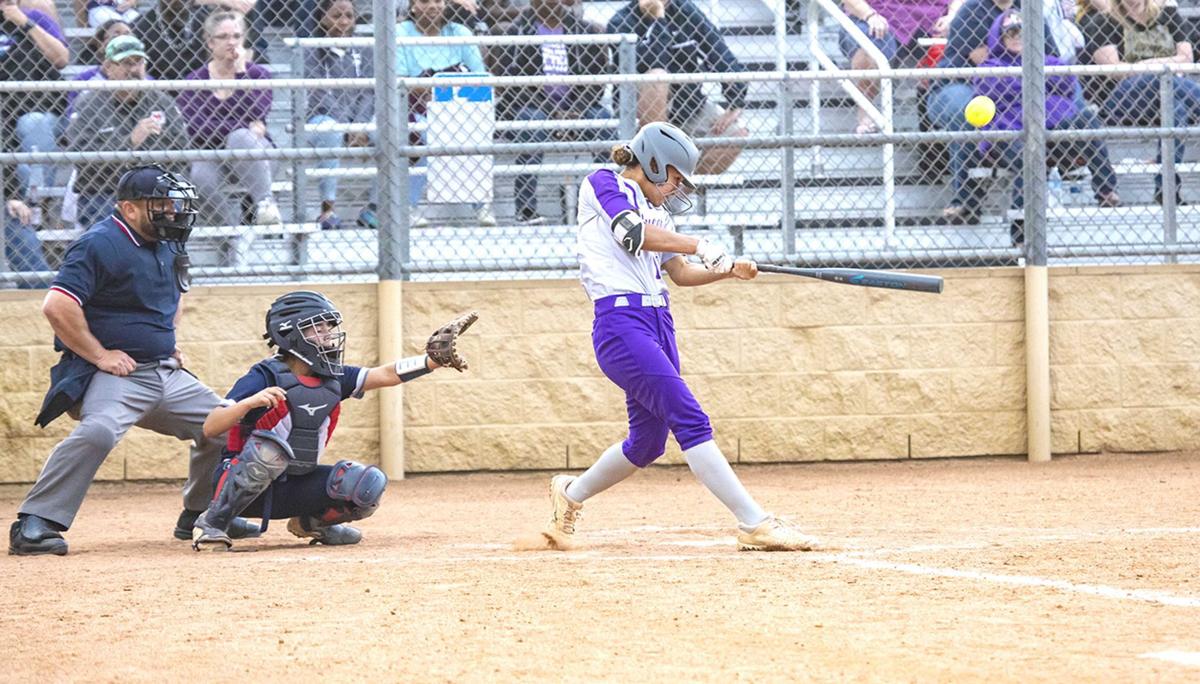 Ladycat Danieca Coffey drills a ball to the outfield against Manvel on March 10 in Angleton. 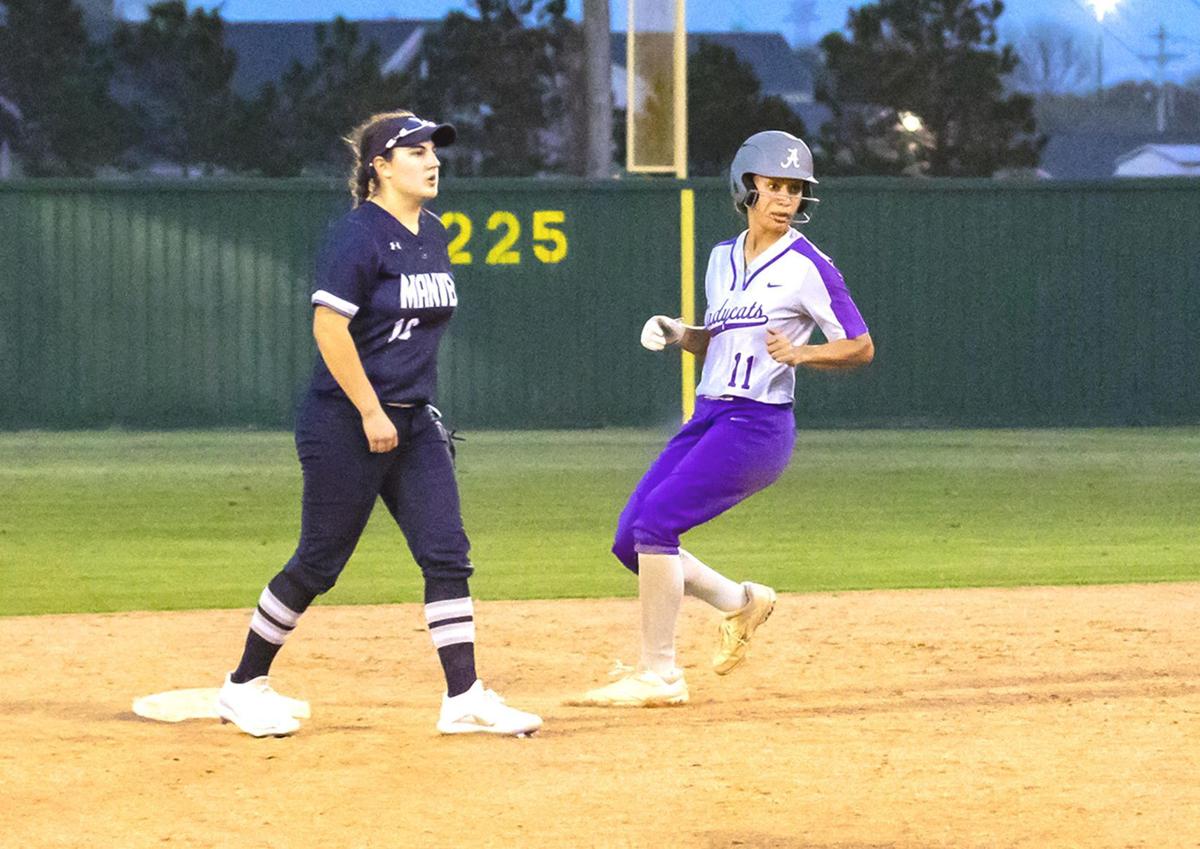 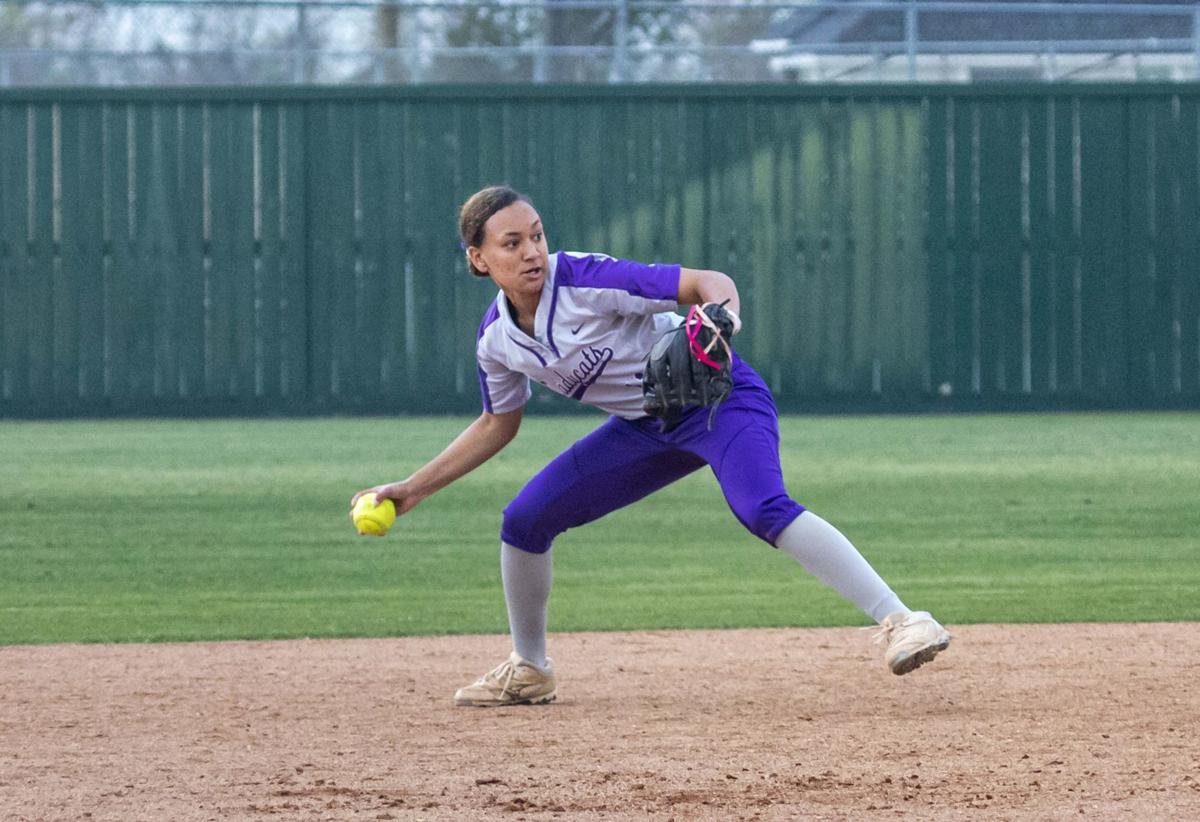 Ladycat Danieca Coffey drills a ball to the outfield against Manvel on March 10 in Angleton.

A key member of the 2019 UIL Class 5A Angleton state championship softball team, Danieca Coffey came into this season hoping to put her stamp on this 2020 team.

As the leadoff batter for the Ladycats, Coffey exudes a lot of confidence, blazing speed and a seemingly infinite number of ways to get on the base paths.

“This season I really just needed to focus on my team and less on me,” Coffey said. “I just am trying to get on base as much as possible to make it easier for them, knowing that they have a leader in me leading them.”

Angleton lost some key components from last season’s state title run, but they also have a lot of firepower when it comes to the batting lineup.

“It’s just something that we all work hard at, and really there hasn’t been much dropoff from last year’s work we put in,” Coffey said. “I think we do have the talent once again to prove many others wrong about us despite losing a lot from last year.”

Off to a 3-1 start in District 24-5A, Coffey believes it took them a few games to get adjusted.

“I think we are finally coming together as a team and starting to understand each other well,” she said. “I thought it showed in the Manvel game when we run-ruled them. But then it all came to an end.”

It was Angleton’s final game before the UIL ordered activities stop amid the coronavirus pandemic.

Coffey started playing softball as a 7-year-old and at one point in her young life she was living in Houston.

“Once I got to Angleton, I played volleyball and ran track along with playing softball,” Coffey said. “In eighth grade I started getting recruited so I just stuck to softball after that.”

Recruiting was kind of fun to her, as well as challenging. she said.

“It just made me push harder on the field, especially with college coaches in the stands,” she said. “One of the things that I learned during that time was to just be a solid softball player and make sure I make the plays that I needed to.

“For me recruiting was smooth, easygoing … I mean I really didn’t have any problem with it. I did concentrate more on making sure I was practicing harder and just trying to get better because there were other teams looking at me.”

Wanting to become a bigger part of the Ladycats this season, Coffey’s goal was to surpass what she accomplished in 2019, when she batted .430 with three home runs, 10 triples, six doubles and 35 RBIs.

“My base production is something that I wanted to improve more this year,” she said. “Just make myself a better weapon at the leadoff spot, and again, just so I can make it easier for my teammates to produce behind me. In the past, we’ve always had someone at the top get on base a lot, and I want to be that person this year.”

“With the club team that I play for, we work on defense a lot and from what I noticed is that I just need to make sure and stay focused on the ball,” Coffey said. “My concentration on defense is a way lot better than it’s ever been.”

Like so many high school athletes, especially seniors, she is just antsy to get back to a game she enjoys.

“I do believe that as a group we all need to figure this out and go with the flow until we are ready to go back to school so we can play softball again,” she said. “Right now I am just spending time with the family and I’ve tried to stay busy on softball as much as I can.”

Back in November, during the early signing period for athletes, Coffey made it official by signing to play softball at LSU.

“I have been thinking about the next level and it is just something that I am anticipating,” she said. “I know it isn’t going to be easy, but if I prepare myself the way I should, I will make it easier for myself and new teammates.”