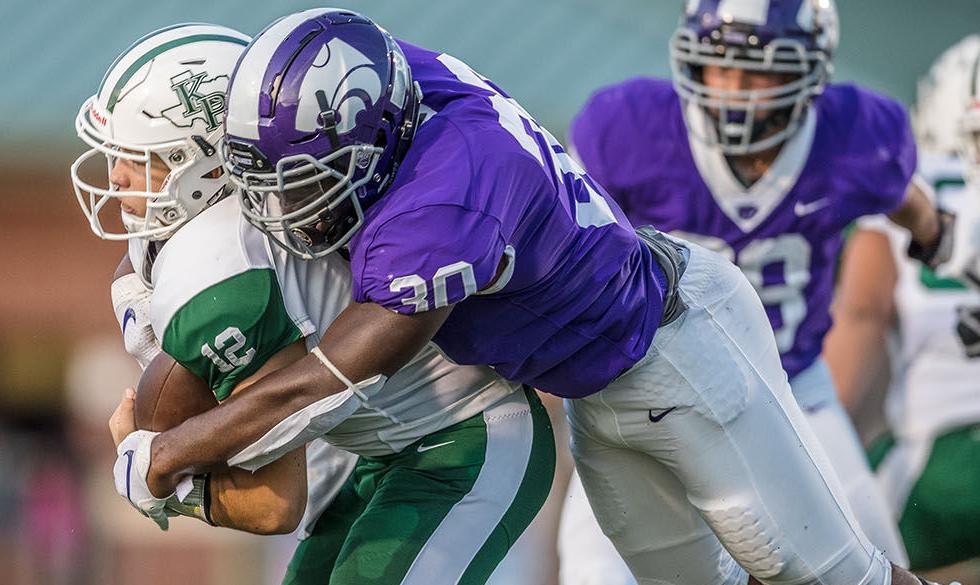 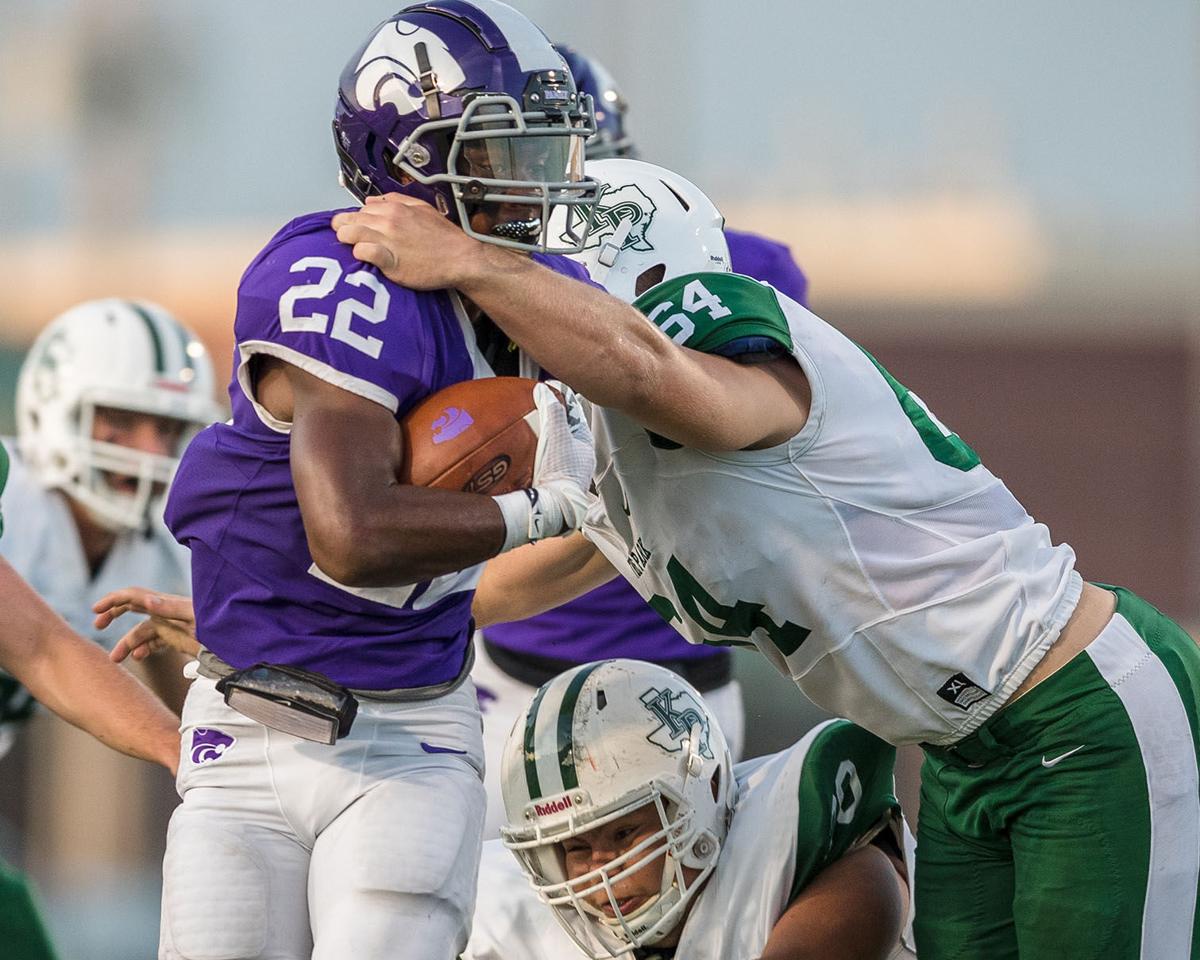 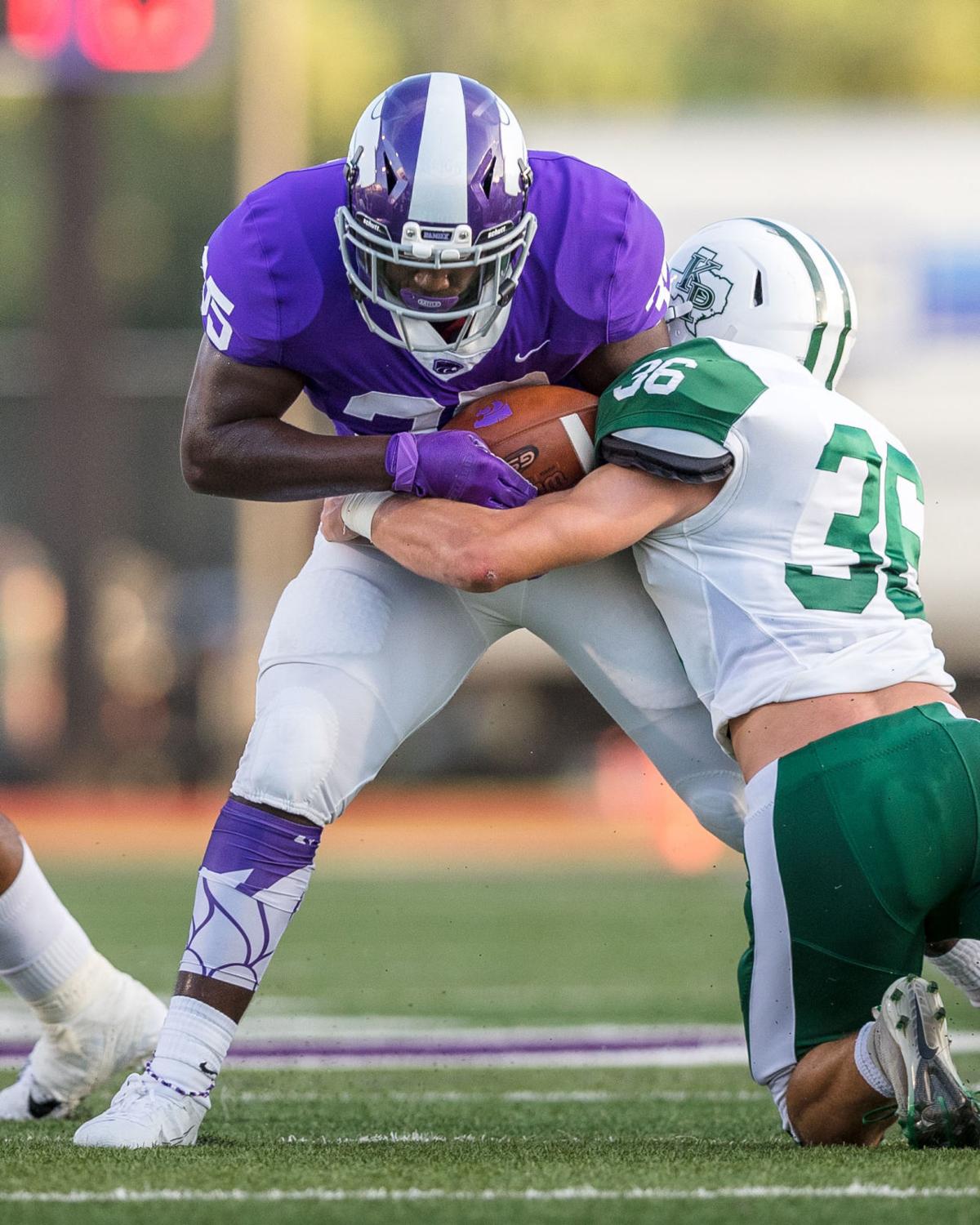 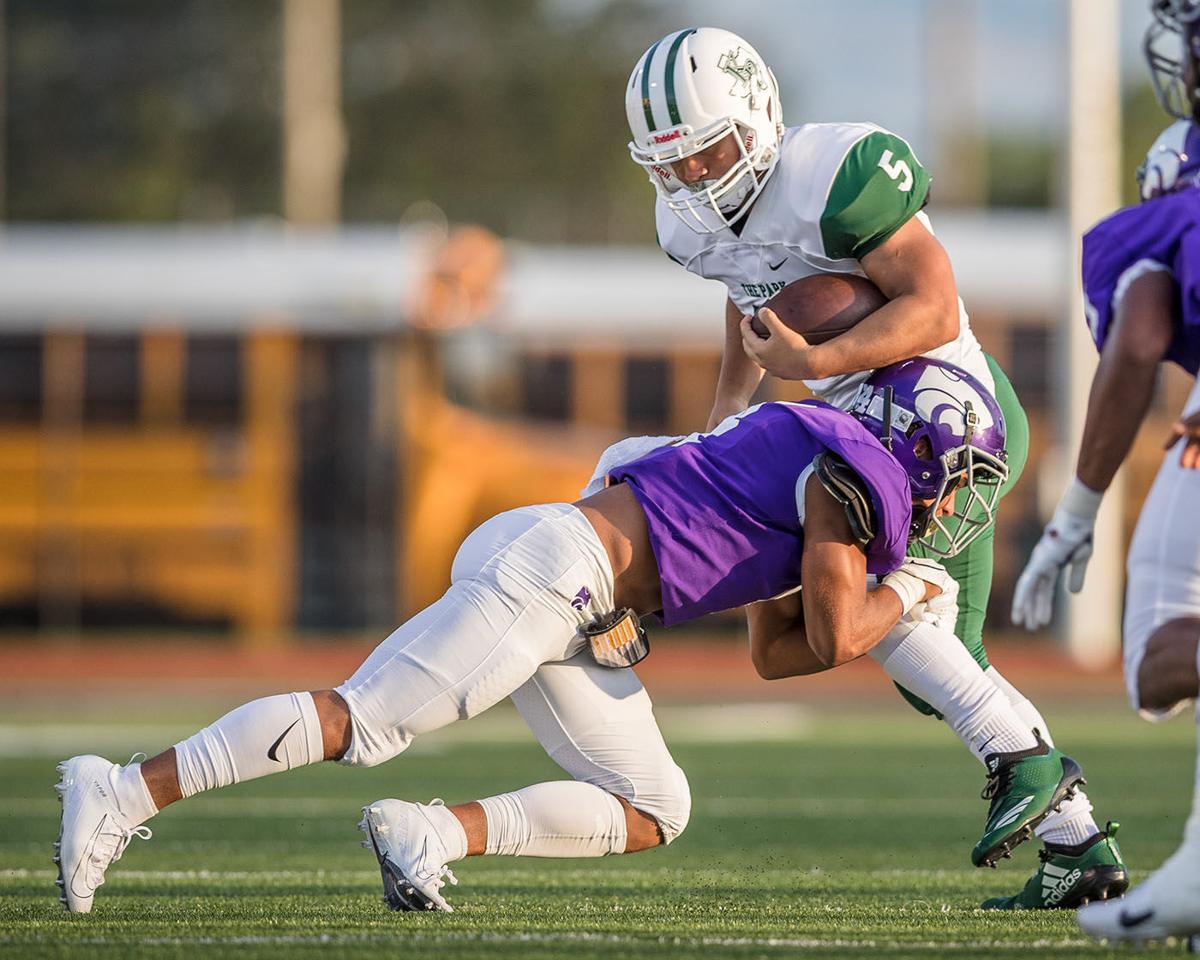 ANGLETON — Back-to-back red zone scores to start the second half were enough to blow a tight game open for the Angleton Wildcats, who opened the 2019 season Friday with a 38-7 victory against visiting Kingwood Park at Wildcat Stadium.

A tactical change to start the second half sparked the Wildcats — the no-huddle offense.

“We wanted to just change the tempo a little bit. We really wanted to get back to our ground-and-pound stuff,” Angleton second-year head coach Jason Brittain said. “We wanted to tempo those guys and get them breathing a little bit and use our strength, which is the power run game. ”

The Wildcats galloped for 243 rushing yards off 28 rushes spread among 12 ball-carriers in the second half. Offensive lineman Josh Mulcare was among those who rumbled for yardage, picking up a fumble and hauling it for a 21-yard gain.

The hurry-up offense caught the Panthers sleeping as Angleton went 55 yards in nine plays, capped by a Justus Mayon one-yard plunge to double Angleton’s lead to 21-7. After a stop, the Wildcats took the ball at their own six and needed just seven plays to score again. Senior Jordan Jones ran it in from five yards out with 9:18 in the third period, making it 28-7 Angleton.

The Wildcats made it look easy with a 12-play, 67-yard drive on their first offensive series. A 2-yard scamper by Jones gave Angleton an early 7-0 advantage.

Running only Jones and JT Anderson in the first half, the Wildcats struggled against the Panther defense. It’s only other first-half score came when Jones broke a 93-yard run in the second period.

Despite those struggles, Brittain thought his young team played well, he said.

“Today, during a period, I had those players raise their hands if they had never played a varsity game and more than half our kids raised their hands,” Brittain said. “So they can’t raise those hands anymore, but I told them that I was proud that we executed. We executed on offense, we executed on defense and our special teams.”

“It was amazing and it was just a different feeling being out there,” Mayon said. “It was a team win. We got it and now on to the next one. I guess what made me feel comfortable was my boys. I’ve been playing with them my whole life and it was all them.”

Mayon finished 8-for-15 for 91 passing yards, completing some big passes in the second half to keep drives going.

“He did a great job,” Brittain said. “He’s been in our offense a long time and he got us in the right place, giving us the right checks and evaluating the defense, seeing what they were in. He just managed the game the right way.”

Jones had a typical night for an Angleton running back, finishing with 180 yards on 14 rushes. He added four catches for another 48 yards.

Angleton’s defense allowed just 120 yards of offense to Kingwood Park for the game. Middle linebacker Jose JoJo Rodriguez had a couple of sacks and Landris White contributed some big stops.

“We felt like there were two plays in the first half which led to that touchdown, and both of those plays were on us,” Brittain said. “But other than that they played lights-out on that side of the ball.”

The Wildcats will take next week off then play Sept. 13 on the road against Clear Brook.