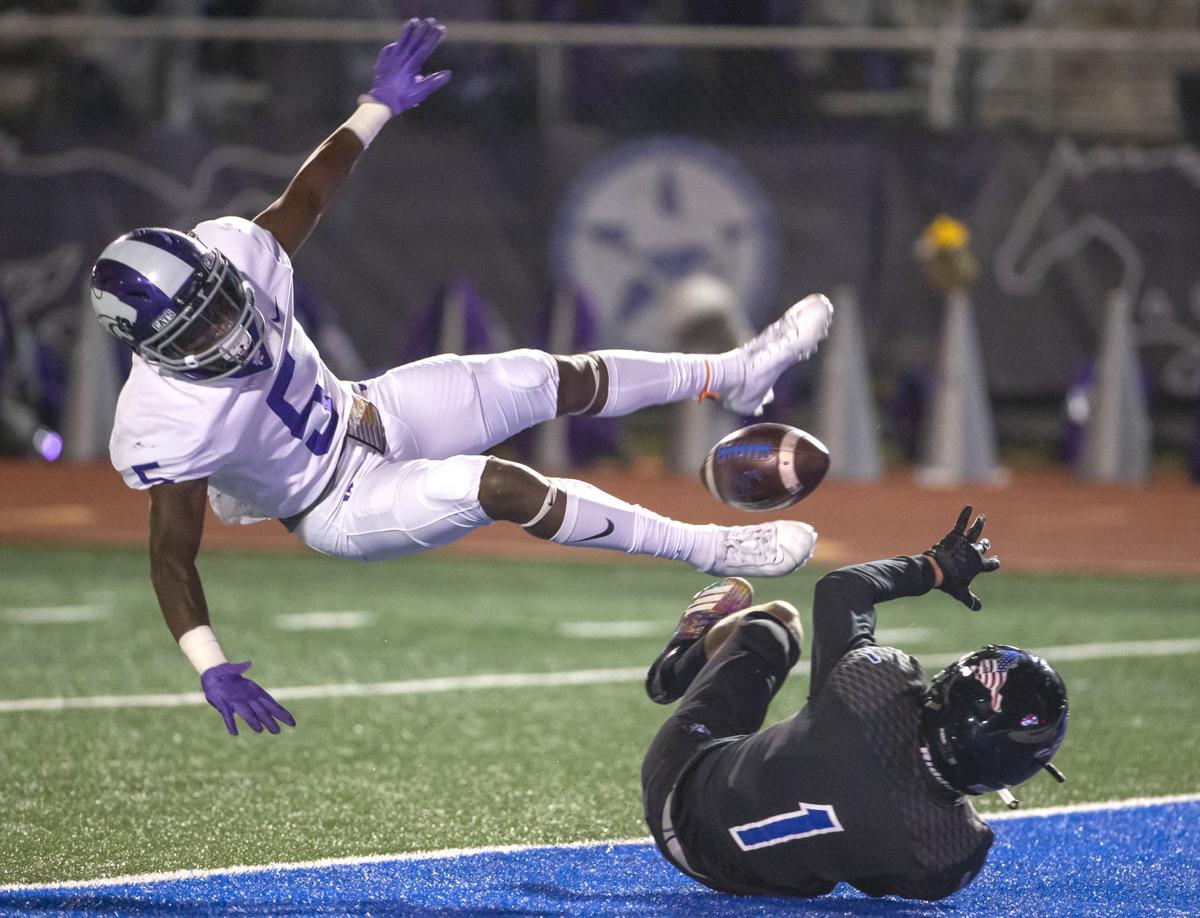 Angleton defensive back Trayvon Smith breaks up a pass in the end zone intended for Friendswood’s John McCabe during the first quarter Friday at Henry Winston Stadium in Friendswood. 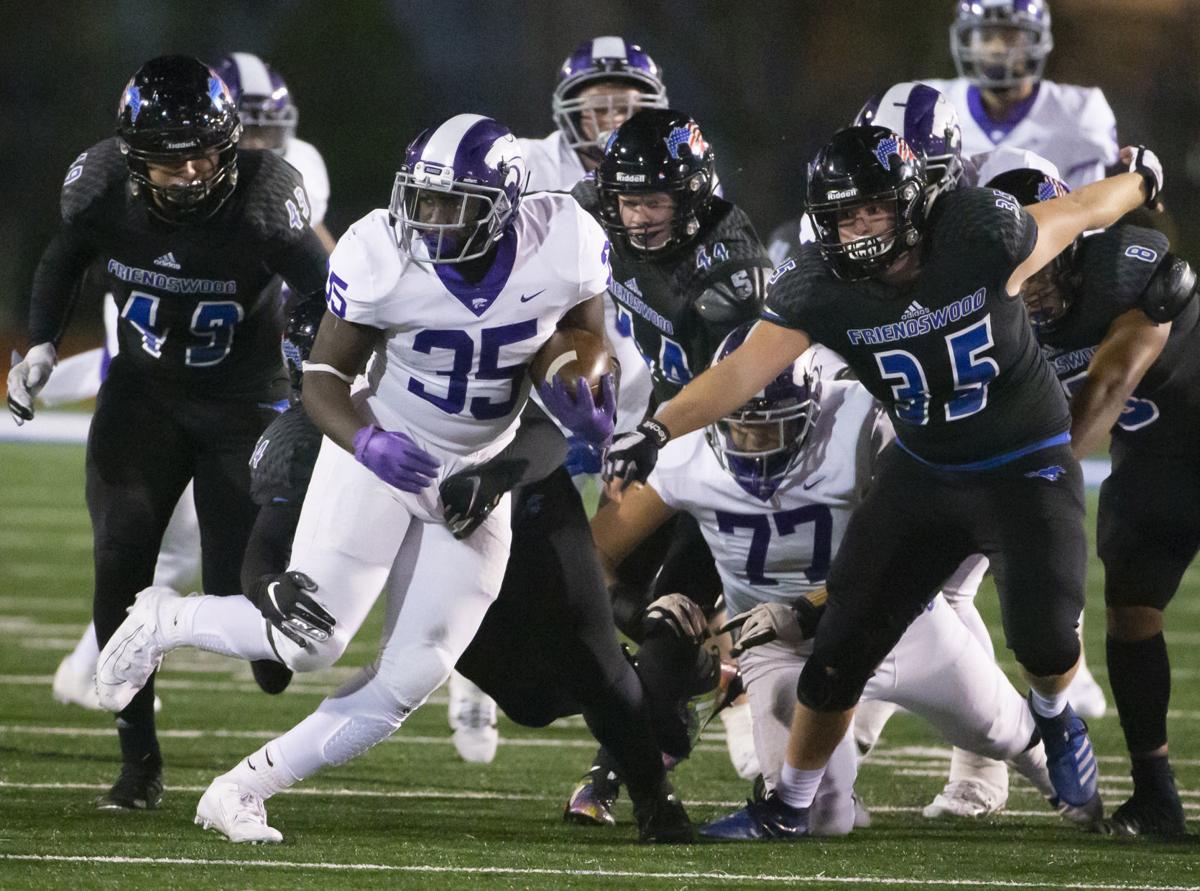 Angleton running back J.T. Anderson breaks through the Friendswood defense for first-down yardage during the third quarter Friday at Henry Winston Stadium in Friendswood. 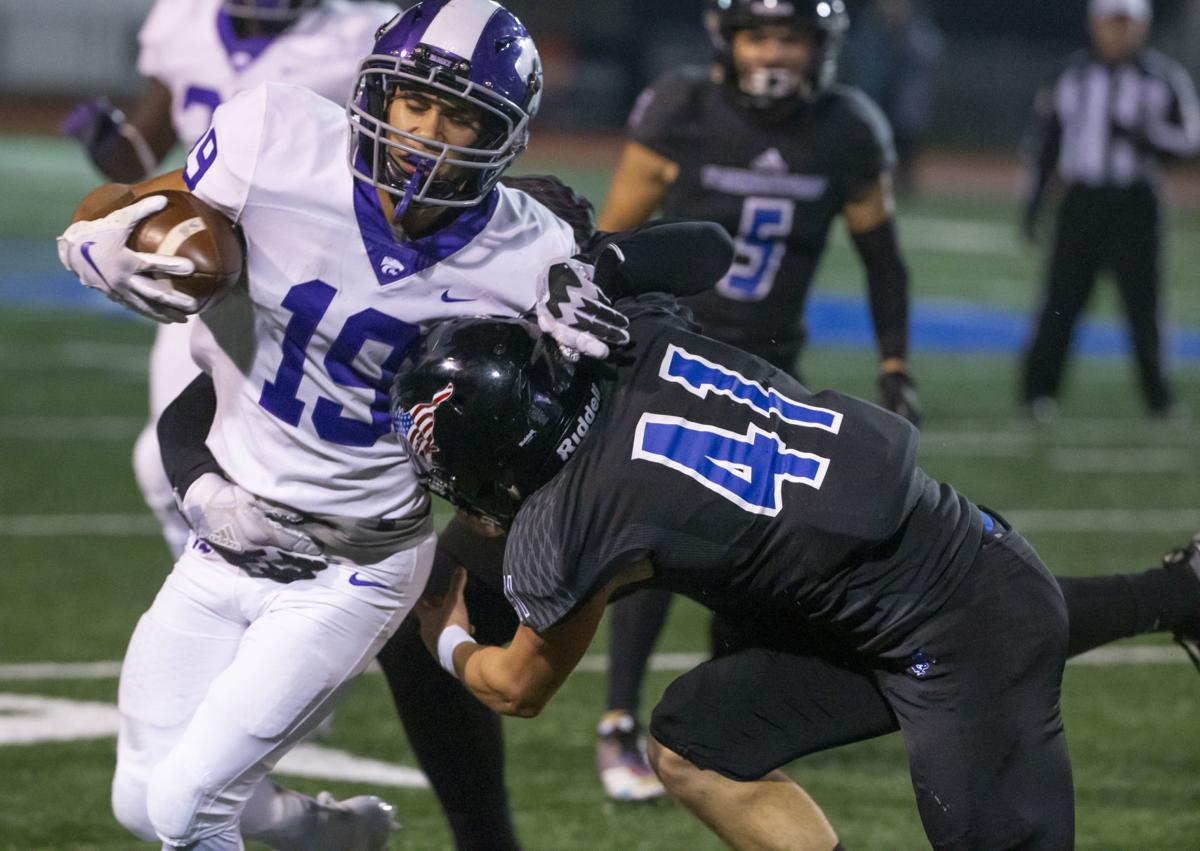 Angleton defensive back Trayvon Smith breaks up a pass in the end zone intended for Friendswood’s John McCabe during the first quarter Friday at Henry Winston Stadium in Friendswood.

Angleton running back J.T. Anderson breaks through the Friendswood defense for first-down yardage during the third quarter Friday at Henry Winston Stadium in Friendswood.

FRIENDSWOOD — The Angleton Wildcats ended a tough 2019 campaign on a high note with a victory against a Friendswood Mustangs team with one eye already on the postseason.

Jose Rodriguez’s late two-point conversion run provided the go-ahead points in a 36-35 win for Angleton, which missed the postseason for the first time in more than a decade.

A 31-yard pass completion from Justus Mayon (13-for-23, 150 yards) to J.T. Anderson on fourth down kept Angleton’s game-winning drive alive, and Mayon’s 16-yard TD toss to Anthony Jackson brought the score to 35-34 with 51 seconds left in the game.

Friendswood’s defense stopped Angleton’s initial two-point try, but a defensive holding call gave the ’Cats another opportunity. Rodriguez plowed his way into the end zone from the 1-yard line for the conversion and 36-35 lead.

Angleton’s defense held firm on the ensuing Friendswood drive to preserve the win.

The Mustangs took the lead, 14-7, after an Angleton three-and-out and 15-yard punt set them up at the Wildcats’ 45-yard line. A 21-yard screen pass from Grden to Noah Palitz sparked the short drive, which ended with a 5-yard TD pass from Grden to Lee on the first play of the second quarter.

Angleton’s Trayvon Smith returned the ensuing kickoff 89 yards for a TD to tie the score back up at 14-14. On the Wildcats’ next possession, a 27-yard run by Anderson (12 carries, 75 yards) and a 21-yard swing pass from Mayon to Stone preceded a 14-yard TD run by Rodriguez that put Angleton back in front, 21-14.

Highlighted by an 18-yard hook and lateral pass from Grden to Lee to Palitz, Friendswood answered to tie the score, 21-21, with a methodical scoring drive that ended with a 1-yard TD run by Dane Roenne with one minute left in the first half.

A 24-yard pass to Dawson Johnson and 13-yard reception by Lee set the table for Jared Veatch to rumble into the end zone from 8 yards out for the Mustangs’ final score at the 4:59 mark of the fourth quarter.