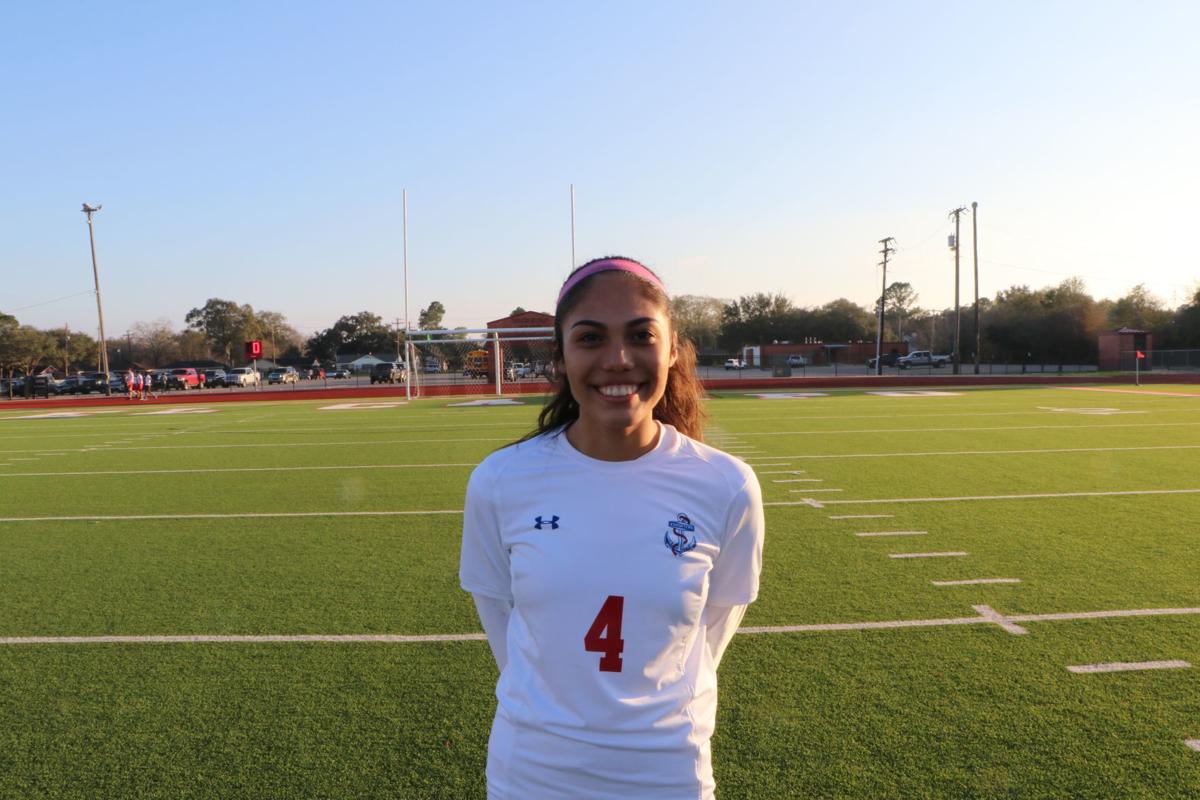 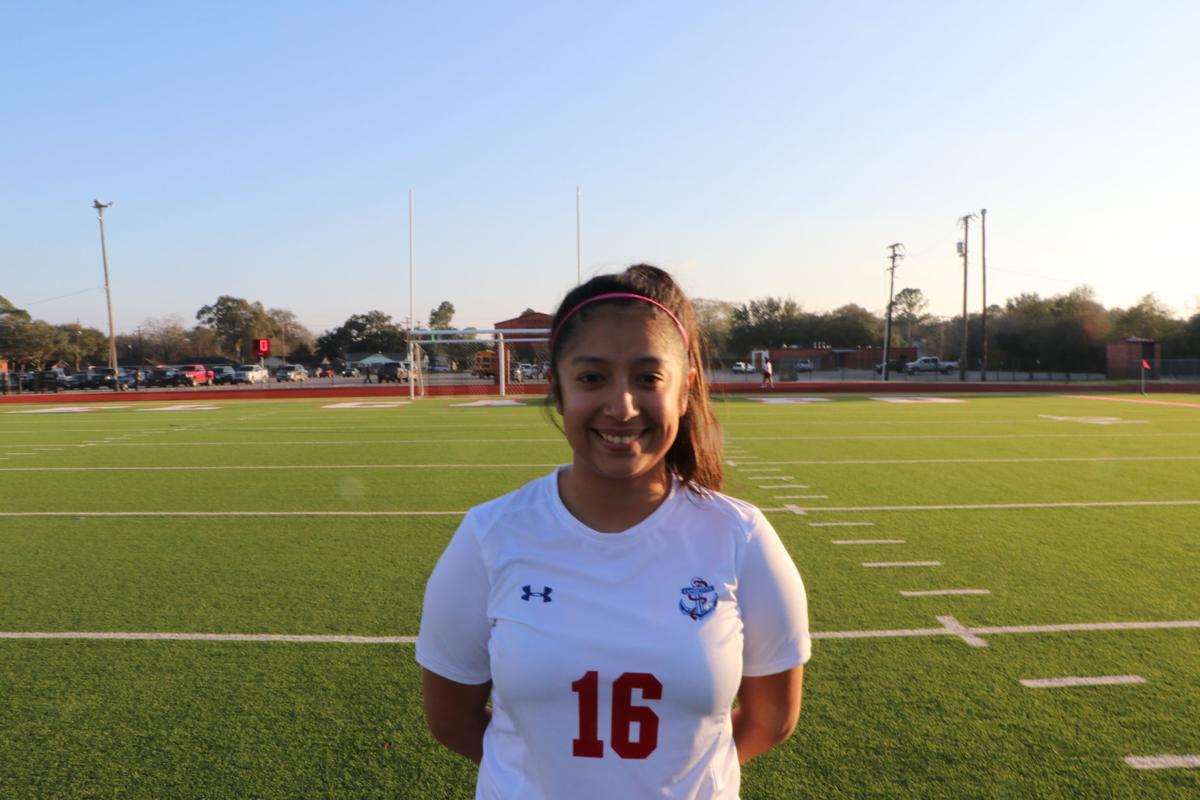 WEST COLUMBIA — Playing for first place in District 24-4A on Monday at Griggs Field, the Brazosport Lady Ships surprised the unbeaten Columbia Lady ’Necks on the pitch, 3-1.

Coming off a loss Saturday to Bay City, the Lady Exporters bounced back with an all-around performance to improve to 4-1-0 and take the district lead with 12 points. Columbia, which had allowed only four goals coming into the match, falls to 3-1-0.

“I knew they could play that way and they stepped up and did it,” Brazosport Lady Ship coach Robert Nichol said. “That was beautiful. But we switched our stoppers out and put Valerie Mendoza on No. 13 (Tori Aucoin) and we put another girl on No. 11 (Kaitlyn Prihoda), their center-mid, and just shut them down.”

Trailing 2-0, Columbia scored its only goal off a corner kick from Nevaeh Martinez, who connected with Aucoin in front of the box to cut the lead to 2-1 with 13 minutes left on the clock.

With 13 shots on target in the second half, Columbia kept Jimenez busy in the net. But the Lady Ships sealed the game with a goal with less than 90 seconds remainig.

Hayley Nanez had the ball in the box and took a shot at the net. Columbia deflected the shot, but a handball call game Brazosport a penalty kick, with senior Samantha Garcia converted at 78:28 for a 3-1 Brazosport lead.

The Lady Ships came out aggressively in the first 40 minutes of play, pressuring the Lady ’Neck keeper 11 times in the first half.

One of the first opportunities for Brazosport came in the sixth minute when Nanez dribbled down the right side and passed the ball to the middle, where Karely Almanza gained control 10 yards out from goal. She mishit the ball in her one-on-one opportunity against Columbia keeper Kirsten Bragg and the match remained scoreless.

Out of the eight first-half shots by the Lady ‘Necks, Jimenez knocked down four, including a couple of bombs from Martinez and Haelie Sisson.

The Lady Ships finally found the net at 36:25 in the first half when Nanez found Martinez in the box from her right wing position and the senior tapped the ball in for a 1-0 lead.

Columbia nearly tied it early in the second half when Martinez plastered a free kick from the 27-yard line, but it bounced off the cross bar.

Brazosport made it 2-0 when a Lady ’Neck defender knocked down Nanez at about the 10-yard line. Garcia lined up the free kick and put her team’s first shot at the net in the second half into the back of the net at the 51:05.

Columbia will try to bounce back Saturday at Palacios, while the Lady Ships will host the same Lady Sharks on Monday.