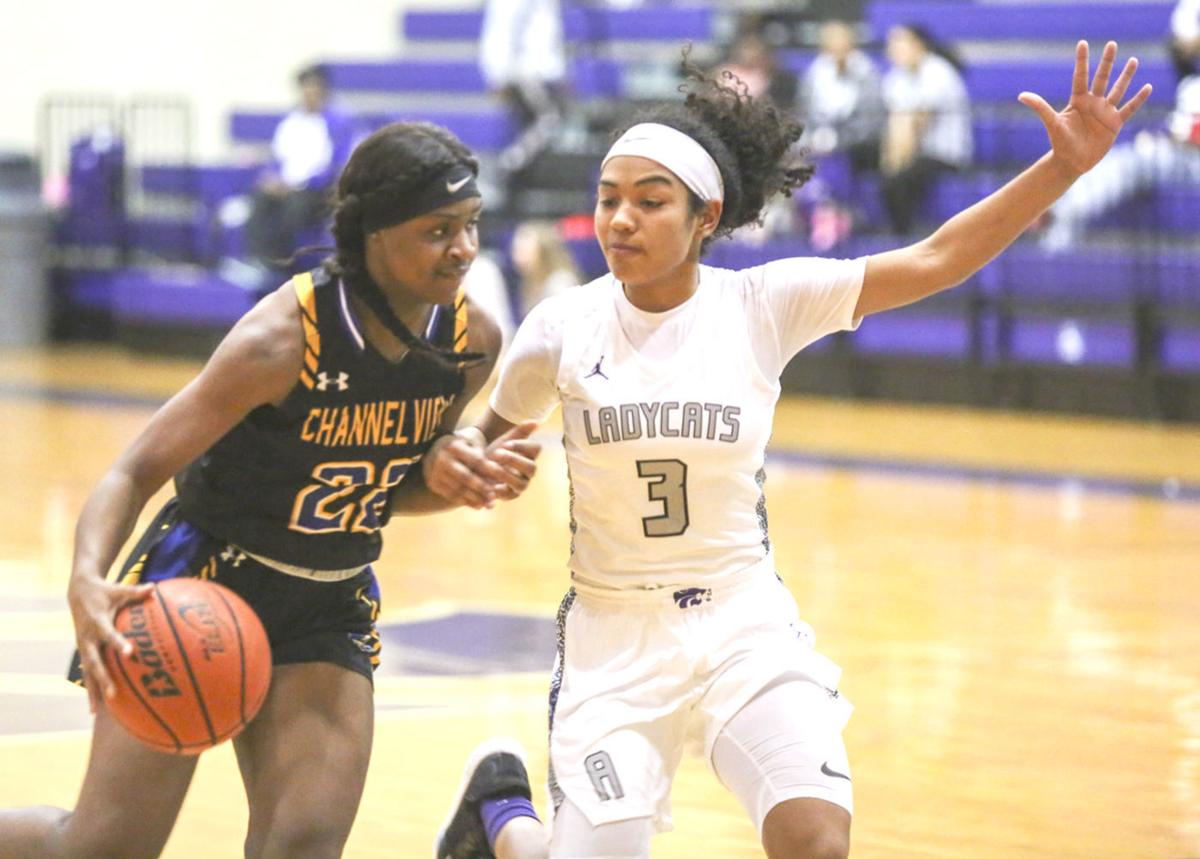 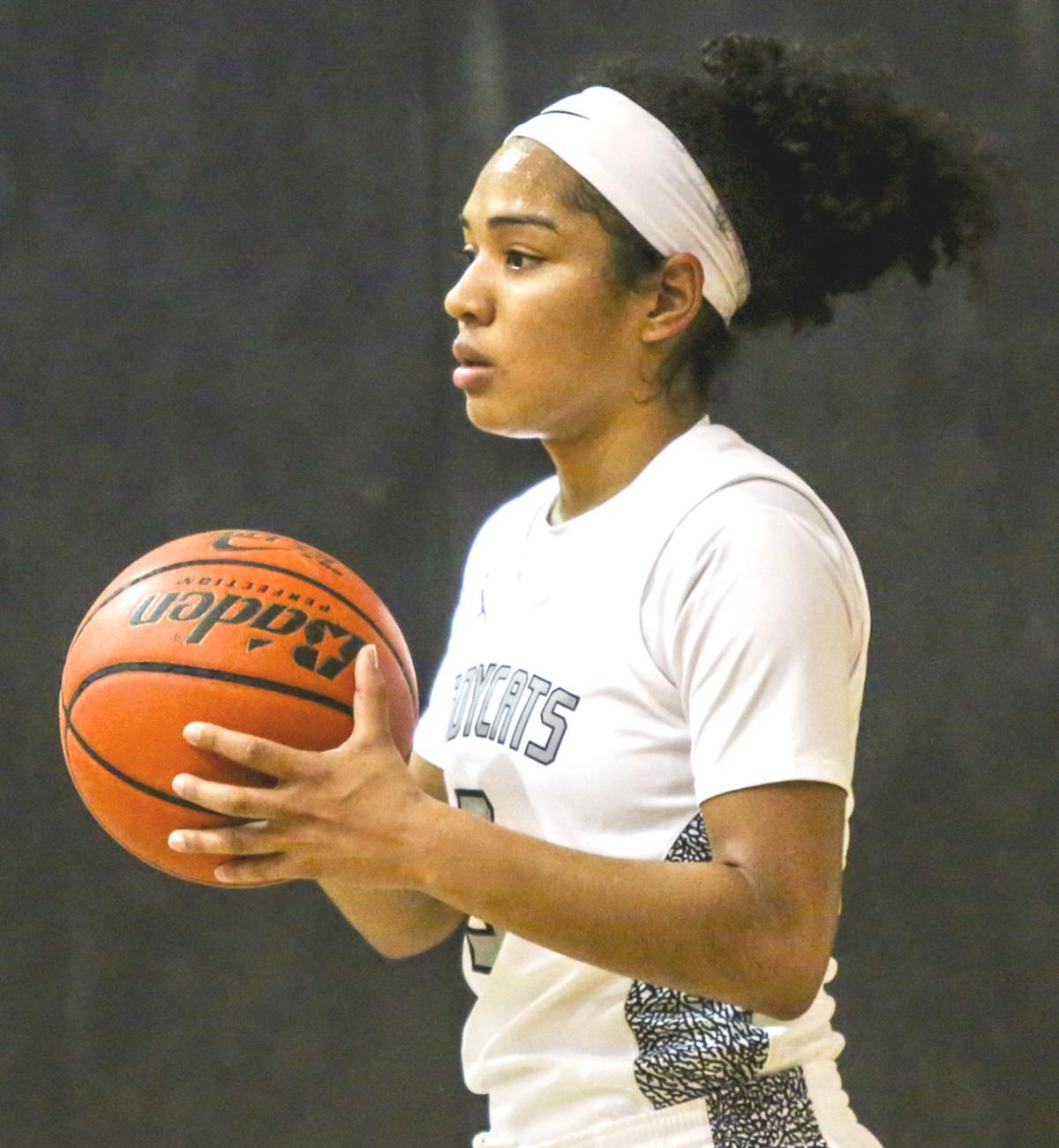 Angleton’s Dezaree Walker gets set to inbound the ball Nov. 19 against Channelview. Walker has been playing on the Ladycat varsity since she was a freshman. 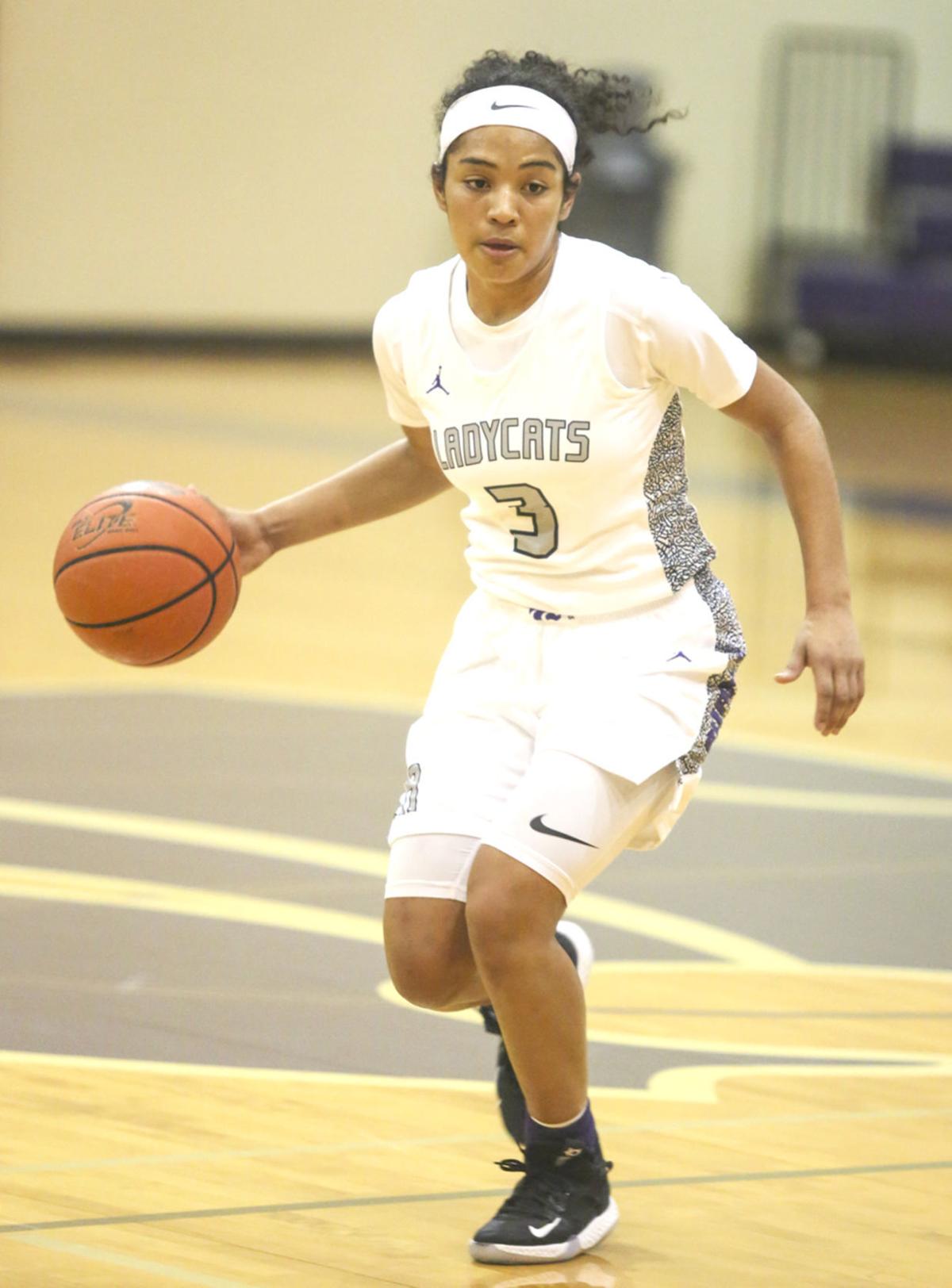 Angleton’s Dezaree Walker gets set to inbound the ball Nov. 19 against Channelview. Walker has been playing on the Ladycat varsity since she was a freshman.

Dezaree Walker has transformed herself into the leader of a young but explosive team.

Though the junior point guard for the Angleton Ladycats will have one more season of eligibility remaining in high school, Walker will forgo that to graduate early.

After some down seasons, the Ladycats are showing this year they might be back. This past weekend was a big step after Angleton won the Silver bracket in the McDonald’s Texas Invitational.

Walker has played a big part in the resurgence for Angleton.

“Dezaree is a very loving type of person and has always been uplifting and unique,” Angleton fourth-year head coach Dominique Thomas said. “But she is a bulldog, and I saw me in her before her freshman season. She’s been coached a lot, but it was time to let the rein go and let her show me what she’s l earned, show me what she had, and if an adjustment was needed, then I would give it to her.

“She is a leader for us and has learned that she needs to involve her teammates, but whenever it is time for her to take over, she will.”

A member of the Ladycat varsity since her freshman year, Walker has been biding her time learning from Thomas and some players that were ahead of her.

“Honestly, from coach Thomas I’ve learned more than just basketball from her,” Walker said. “For me it is about having compassion in everything that you do, and not being late to anything. Also to always be there for anyone. She’s taught me so much like being the best at anything, not just on the court bu t in class, at home and just being a leader.”

That kind of direction has helped Walker develop to this point. By the end of her junior year, she will not only have a high school diploma in hand but an associate degree as well.

“I’ve always tried to be better, and in my family I’ve always gone at it on my own,” Walker said. “I’ve known that school is the most important thing. I want to keep my brain sharp, because one day my joints are going to hurt, and my bones will not be able to do the things required to continue to play.”

Having won a lot of games in middle school, Walker quickly found out playing at the high school level was totally different.

“In middle school we thought we were the best, and we were big-headed because we did win a lot,” Walker said. “But when I got to this level as a freshman, I quickly found out that there were players who were more talented, bigger and faster, so for me giving more effort was a big thing, no matter what the situation.

“In middle school I didn’t play defense, all I did was score. But coach Thomas right away told me that I had to play defense, because if my opponent is scoring and I am scoring then we are not doing anything, so I had to learn how to stop my opponent.”

A year-round player, playing summers with the Houston Skyrise AAU team, Walker took the game more seriously and started to develop what was needed to compete at a higher level.

Having played the game since age 7, Walker mostly has been a point guard since she was in middle school. In many ways, it’s a position that she’s meant to play.

“This game has been my outlet, because I know life is hard and it is never going to be easy, but my situation is small compared to others,” she said.”When I am having a bad day, I play basketball and just leave everything on the court. This is my platform, and I am hoping it takes me somewhere.”

Angleton will start District 24-5A play next week. It is a district that currently has three top 25 teams in Fort Bend Hightower, Alvin Shadow Creek and Manvel. The climb to the top will be a hard one for the Ladycats, but one Walker knows they can achieve.

“We are going to fight no matter what, including boxing out, diving for loose balls and just continue to do the little things,” Walker said. “We want to keep the game close, and the only way to do that is take care of the little things.”

Besides wanting to play the game at the next level, Walker intends to play this game for as long as she can.

“I don’t want the game to ever go away, but I understand that one day it will,” she said. “But while I can, I want to be on the court. I do have a few coaches looking at me, and I just want to be noticed.”

Angleton will play Dec. 3 at Foster to open district play.