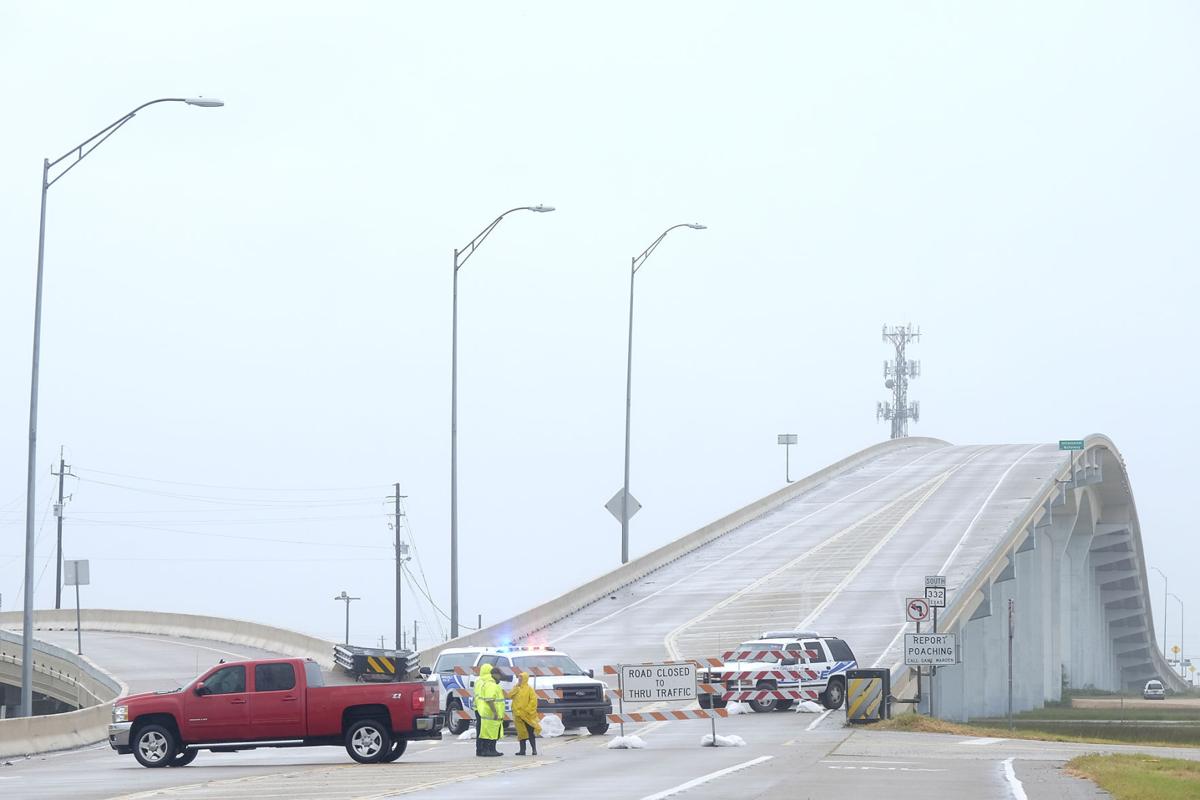 Freeport police officers turn away non-Surfside Beach residents trying to cross the bridge entering the village Friday. Surfside is under a mandatory evacuation because of Hurricane Harvey. 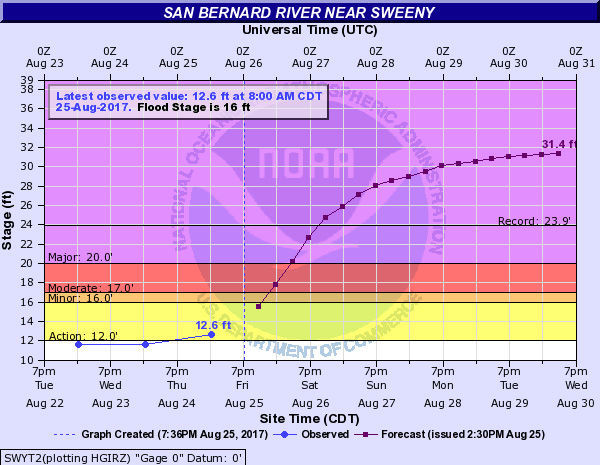 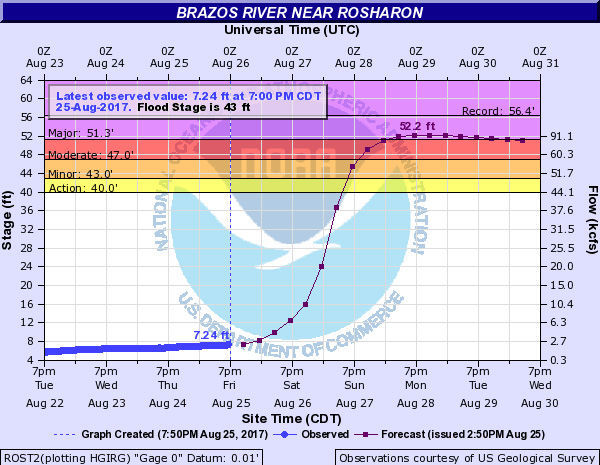 Freeport police officers turn away non-Surfside Beach residents trying to cross the bridge entering the village Friday. Surfside is under a mandatory evacuation because of Hurricane Harvey.

The Brazos River is expected to reach major flood stage at 52.2 feet by 5 p.m. Monday. Anyone affected by last spring's flooding will be affected next week, he said.

The county will announce voluntary evacuations soon, following by mandatory evacuations next week. Residents in the possible flood zone should be preparing to leave now.

San Bernard River residents, who largely were spared in the June 2016 floods, won't be as fortunate this time.

Sebesta has issued a voluntary evacuation for all homes along the San Bernard as the river is expected to reach a record level by 5 p.m. Saturday.

The county is working to identify areas to issue mandatory evacuations, and Sebesta recommends those ordered to leave do so in the morning.

The current record level for the San Bernard River was set in 1998 at 23.9 feet. The river is expected to crest at 31.4 feet from Harvey, based on current forecasts.

Officials are working to open more shelters and buses are being arranged to take people to Belton, he said.

Animals are being accepted at the Brazoria County Fairgrounds in Angleton, but people who need to move their cattle there should act quickly, he said.

We will have more on this breaking news story soon at thefacts.com.