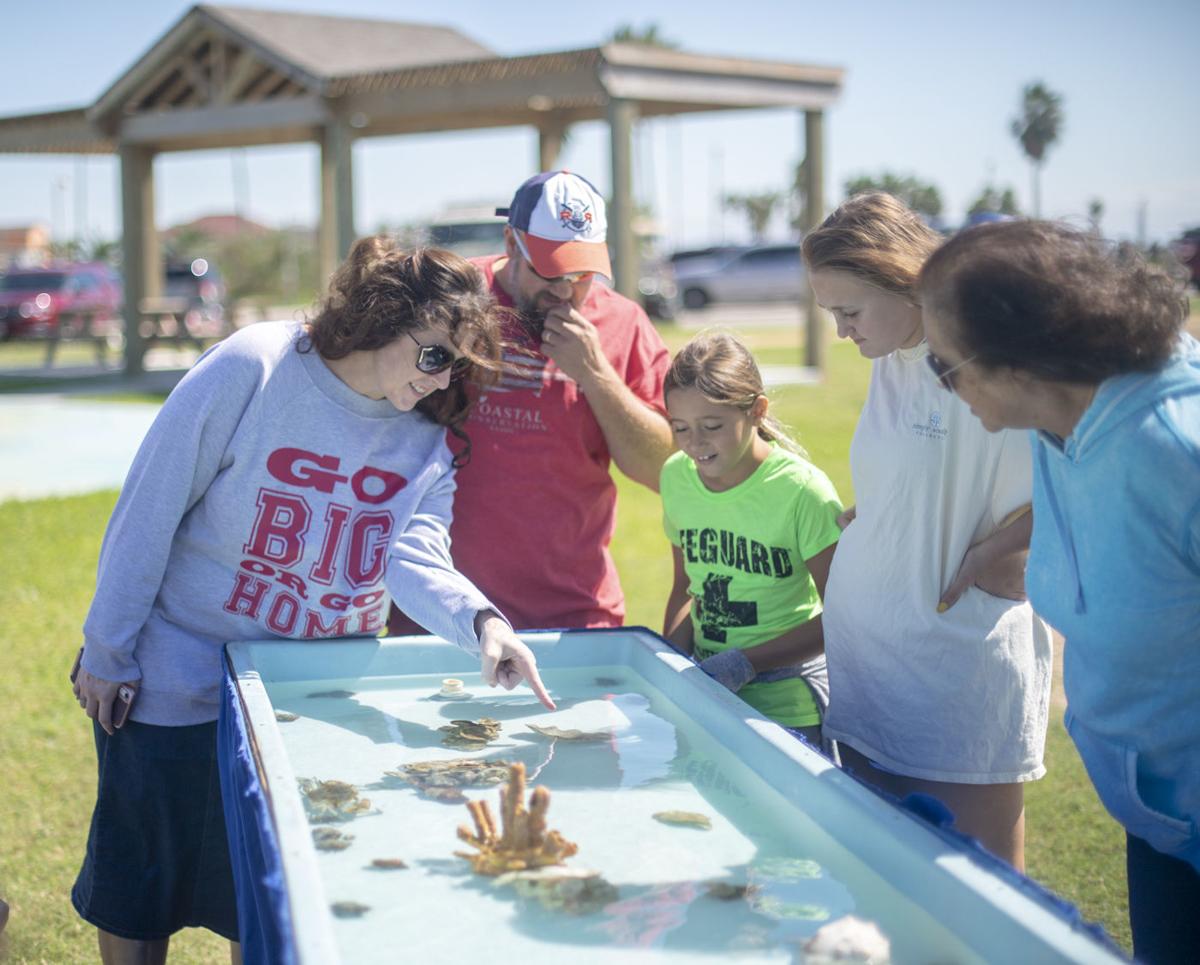 A family attending the Surfside Beach Nature Fest watches blue crabs walk around in the touch tank Saturday brought by the Sea Center. 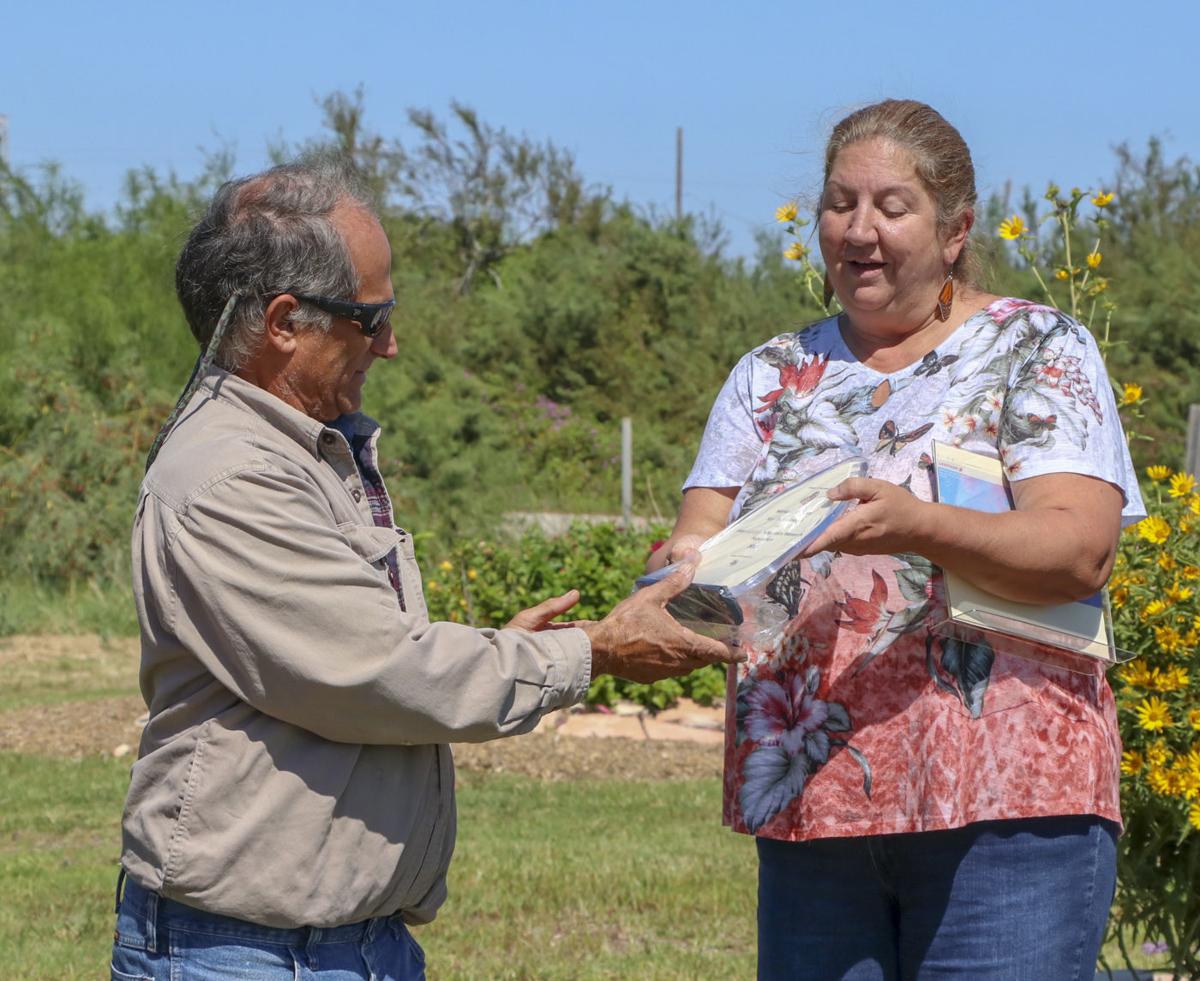 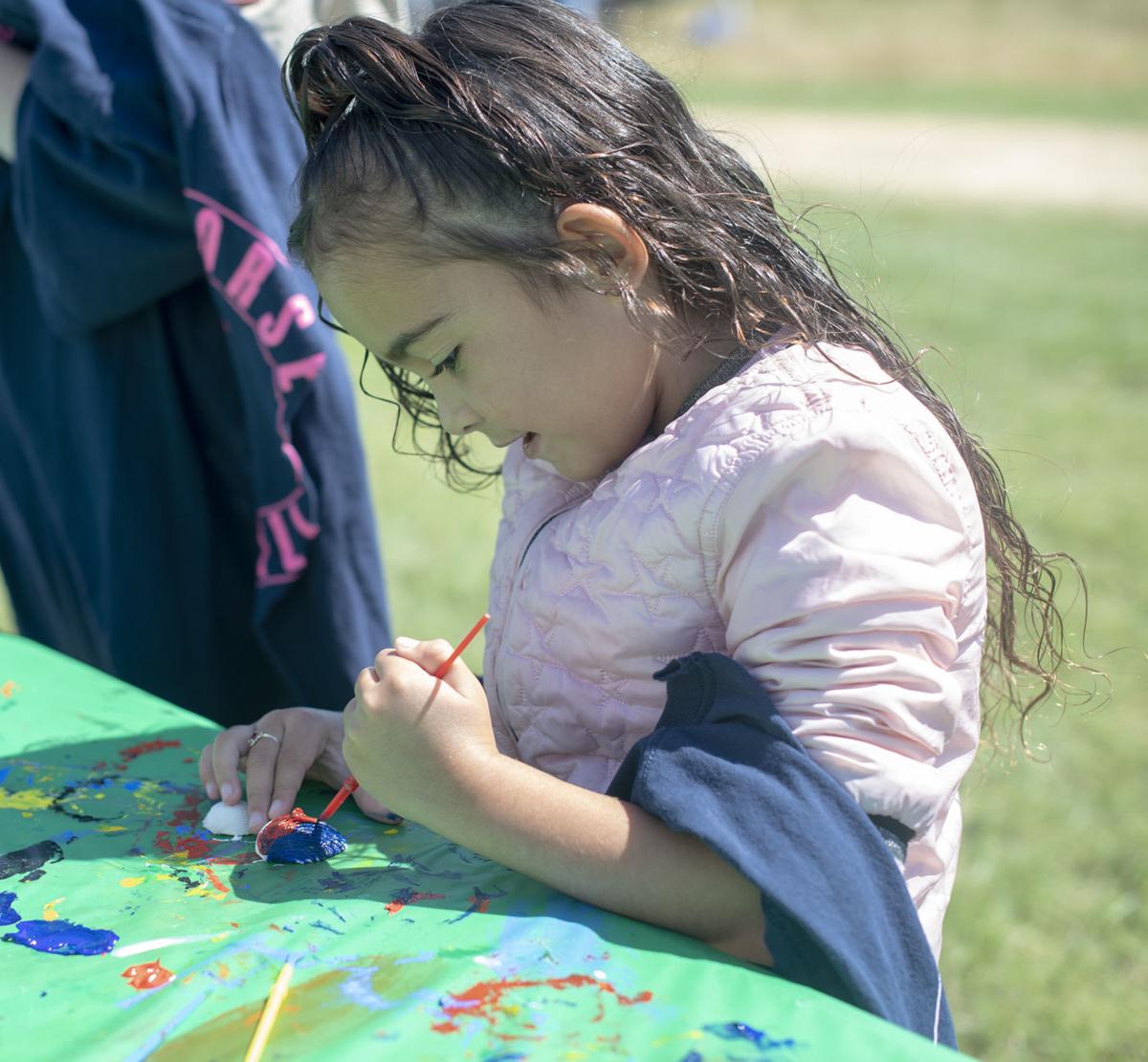 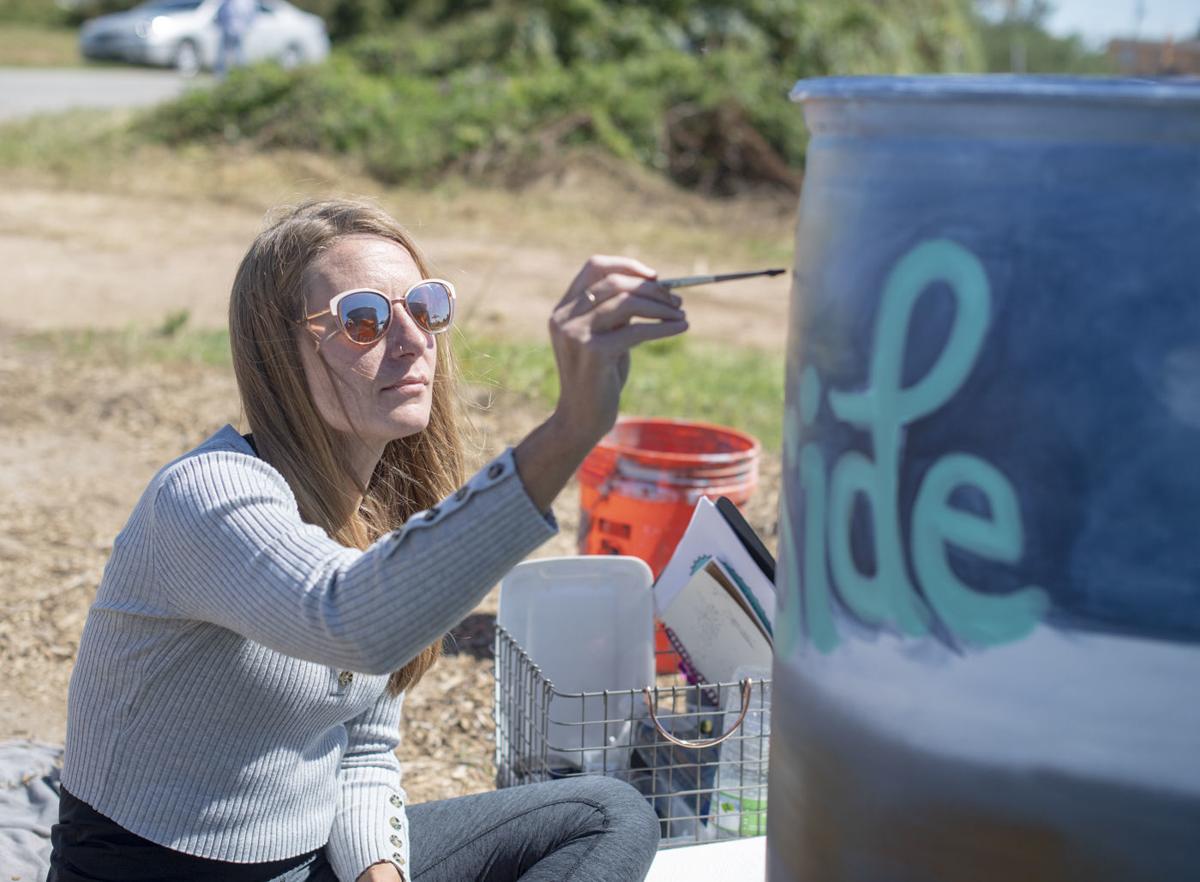 Cheryse Gilmore paints a trash bin as part of a contest she won Saturday at the Surfside Beach Nature Fest. 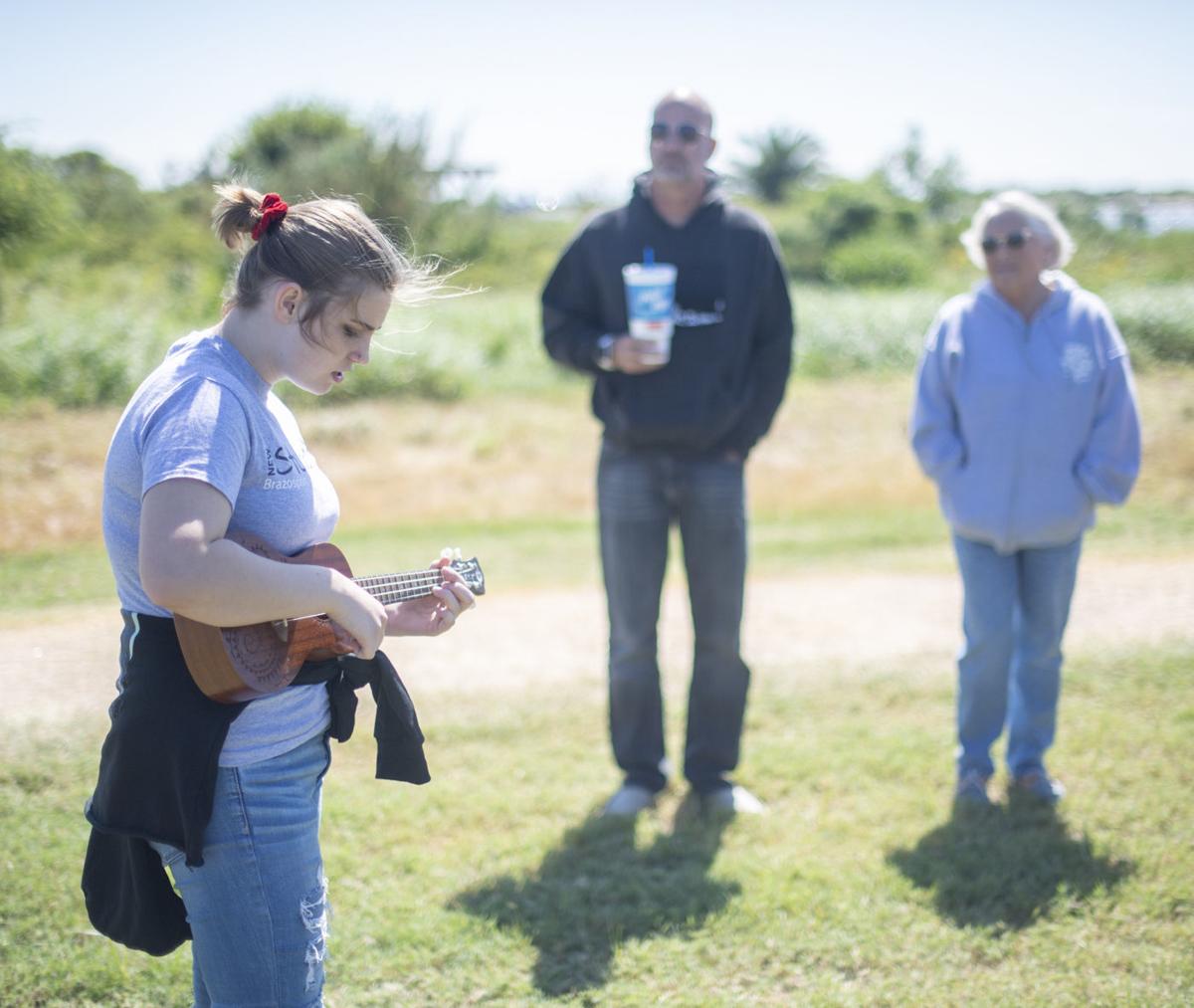 A family attending the Surfside Beach Nature Fest watches blue crabs walk around in the touch tank Saturday brought by the Sea Center.

Cheryse Gilmore paints a trash bin as part of a contest she won Saturday at the Surfside Beach Nature Fest.

SURFSIDE BEACH — In order to encourage families to spend more time outdoors, the city of Surfside held its first nature festival at the Surfside Bird and Butterfly Trail.

Event organizers wanted the community and tourists to know there is more to Surfside than the beach, encouraging them to enjoy the trail and other natural resources with a bingo scavenger hunt and a trash barrel artist contest.

“In addition to the beach ... we have this wonderful nature trail for them to enjoy,” event organizer Sandy Shanks said. “They can come out and enjoy the birds and the butterflies along the trail.”

The plants placed along the trail are native to the area to minimize the use of pesticides and human interference.

“We planted native plants in the hopes that they would be self-sufficient eventually. It’s an experiment, we have a 95-percent survival rate out of 500 plants,” Shanks said.

In order to make the park more environmentally friendly, there is a water recycling system in place.

“The pond we have with the waterfall going is actually fueled by the splash pad runoff,” Shanks said.

Another motivation for creating the trail was the promise of tourism.

“It’s a brand new trail we finished last spring and our hope is for people to walk the trail and see all the natural things we planted,” tourism Chairwoman Michelle Booth said. “We’re going to be a monarch destination and we’re a great bird watching site.”

The trail also consists of exercise stops for runners’ convenience.

“We have a marathon here and a lot of people who exercise and run here, there are exercise stations for them,” said Brenda O’Bannon, a Surfside Beach volunteer firefighter.

As well as being a scenic trail, it has historical significance.

“There is a tree on the trail that is the exact tree that Stephen F. Austin sat under during the Texas Revolution,” Booth said. “This land is all sacred in our eyes because it’s historical. The trail starts at the under-renovation Fort Velasco.”

By planting native plants, it minimizes the decline of the species as well as preserving them for future generations. The trail was recently named a Monarch’s Choice Key Texas Habitat.

“We’re preserving our native plants here and planting more of them to bring the butterflies back as well as hummingbirds,” O’Bannon said. “We really don’t have any endangered species.”

There were many local wildlife organizations there, such as Sea Center Texas with a touch tank for visitors to interact with blue crabs and hermit crabs.

“A big part of Texas Parks and Wildlife is getting people outdoors and spending more time outside to enjoy the natural resources that we have,” Sea Center Texas technician April Russel said.

Although the park is a substantial size, Shanks said the city wants to expand it to protect as many natural resources as possible.

“We would like to add some things in the spring,” Shanks said. “A garden is never done.”