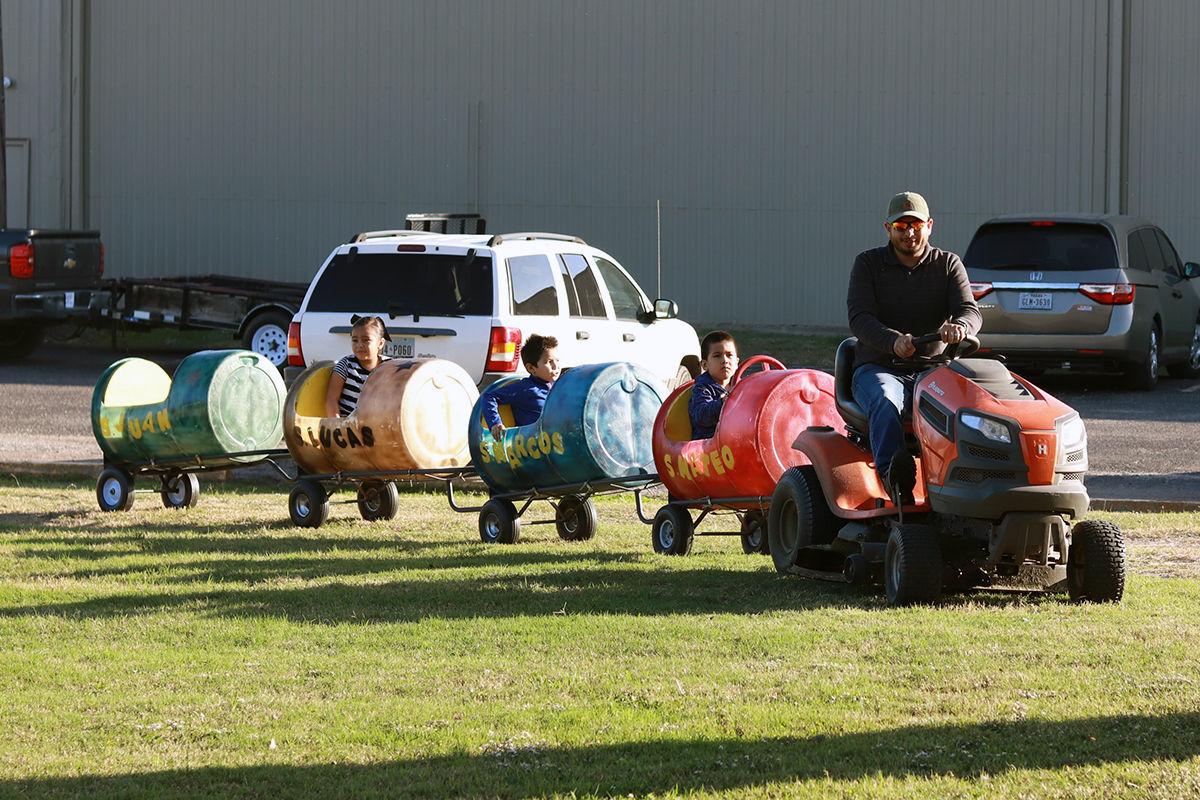 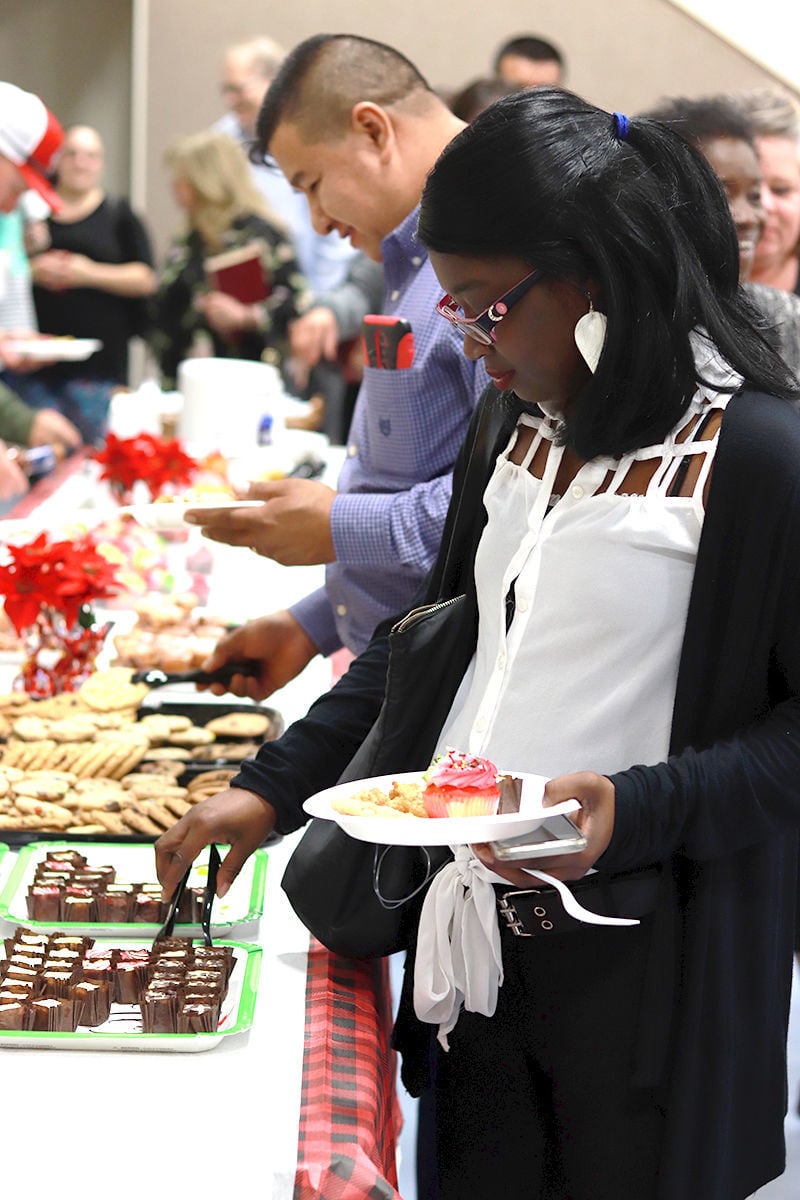 Irene McDonald adds a sweet to her plate at the Christmas Unity Celebration. 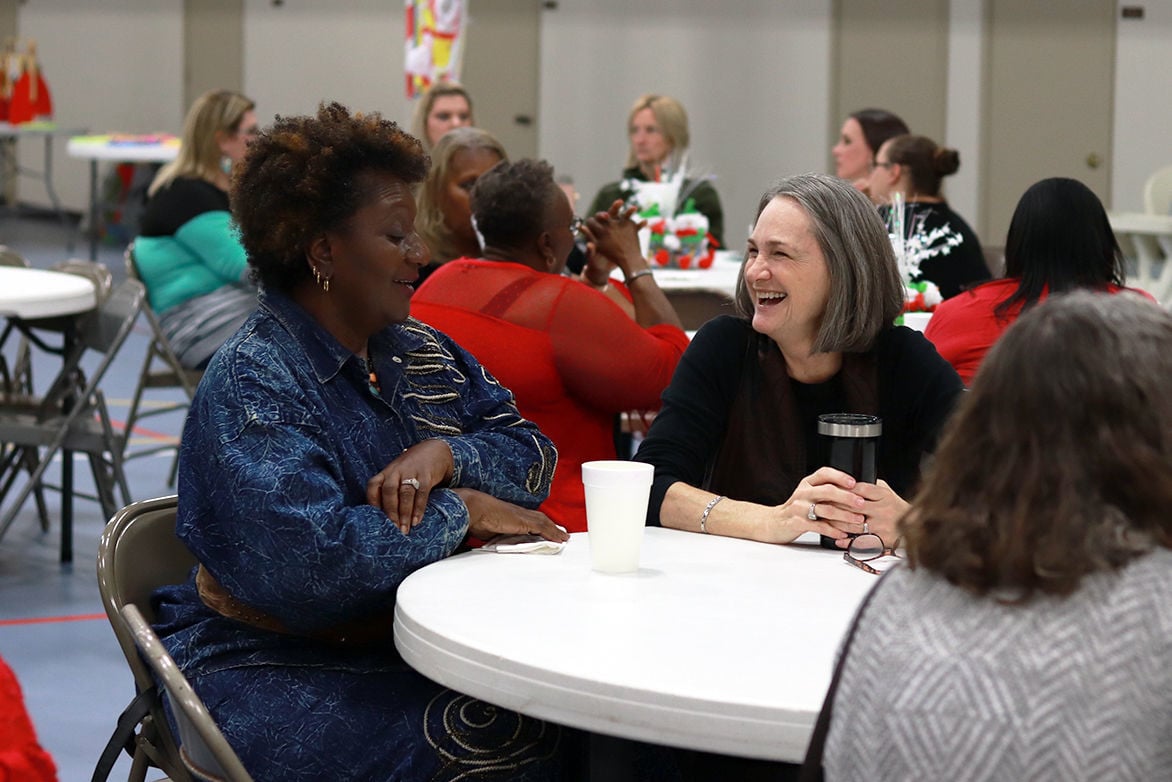 Linda Phillips, left, and Terri Holder laugh Sunday as they attend the Christmas Unity Celebration. The celebration was meant to bring people of different backgrounds together.

Irene McDonald adds a sweet to her plate at the Christmas Unity Celebration.

Linda Phillips, left, and Terri Holder laugh Sunday as they attend the Christmas Unity Celebration. The celebration was meant to bring people of different backgrounds together.

Spreading Christmas cheer and the gospel of unity, three local churches invited their members to engage in a night of fellowship and community.

“The idea for people coming together has been around forever, but the need to actually make that happen ... there is a lot of good intention but it never actually happens,” Second Baptist Pastor Chris Moore said.

The celebration consisted of a meet and gr eet, and then a fellowship after.

“The first half we just want people to get to know each other,” Moore said. “Everything is around the idea of unity. Christ is what makes unity possible.”

The three church pastors brought together people from different ethnic groups because that is what heaven looks like, New Hope Pastor Charles Jones said.

“Because the area is so small, we have some commonalities,” Jones said. “We work together, go to school together, but once that is over it’s like church, you won’t see one another till the next service or shift.”

Nueva Vida Pastor Rey Cantu believes everyone should come together as the body of Christ.

“We all know the Scripture that we’re one in Christ,” Cantu said. “We know that, but actually coming together, had to happen.”

Moore wants the churches to come together outside times of crisis.

“Oftentimes we’re pulled together when something happens, like a hurricane or flood,” Dianne Jones of the Gulf Coast Baptist Association said. “(The churches) thought it was time to come together on a positive note.”

The message of the attending churches was a sense of unity and being stronger together.

“Our motto is that we can do more together than apart,” Jones said. “It’s not just unifying diversity, it’s just unifying period. The more we come together, the different churches, the more we can accomplish.”

The pastors wanted to challenge members to sit and interact with someone they didn’t already know.

“I see some mingling, but when we get to the sanctuary, we’re not going to start the fellowship until everyone gets up and moves,” Moore said. “We’re leaning on them to get to know other people.”

In the fashion of ‘practice what you preach,’ the churches sought unity.

“It’s important for us to come together as one,” Cantu said. “We preach and teach that we are one, but we need to do it. There has to be a starting point somewhere.”

Lots of diversity could be found in the attending church members; ethnicity was only one factor.

“I think it’s wonderful to be able to see individuals from different backgrounds and experiences come together and be unified in worshiping Jesus Christ,” said Cody Vasut, Second Baptist member.