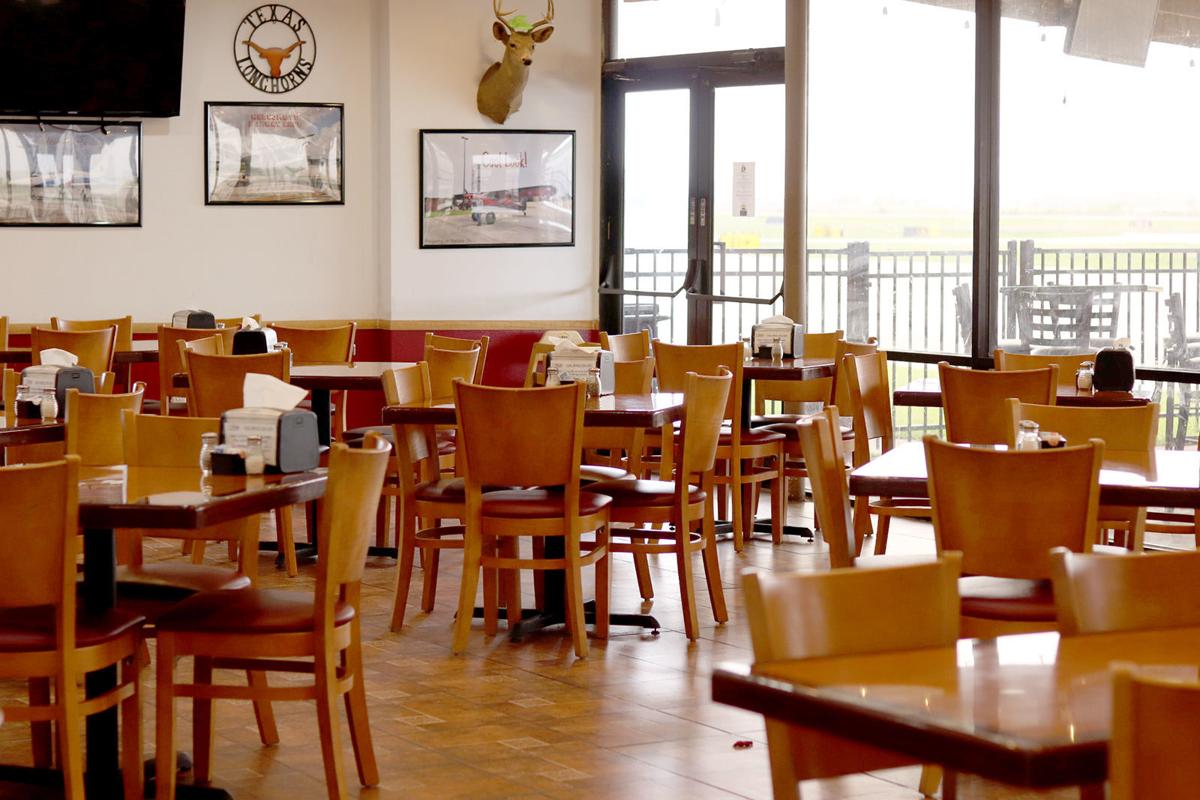 The dining room at the Runway Cafe in Angleton sits empty after Gov. Greg Abbott mandated restaurants close sit-down service because of the threat of the coronavirus. 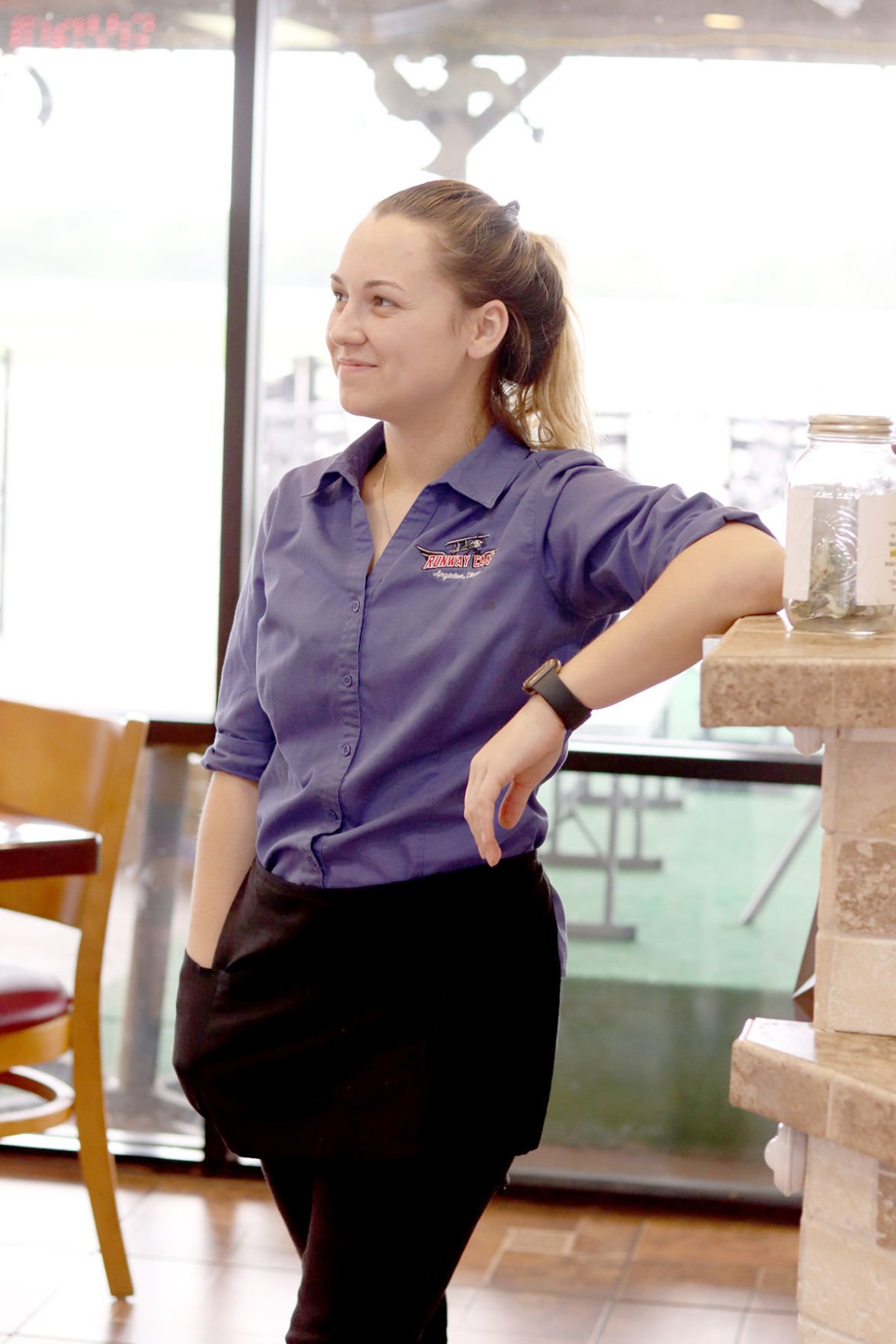 Runway Cafe server Kristina Hensley discusses the impact of social distancing on the restaurant’s business. Runway Cafe is locally owned and recent events have decreased foot traffic within the establishment. 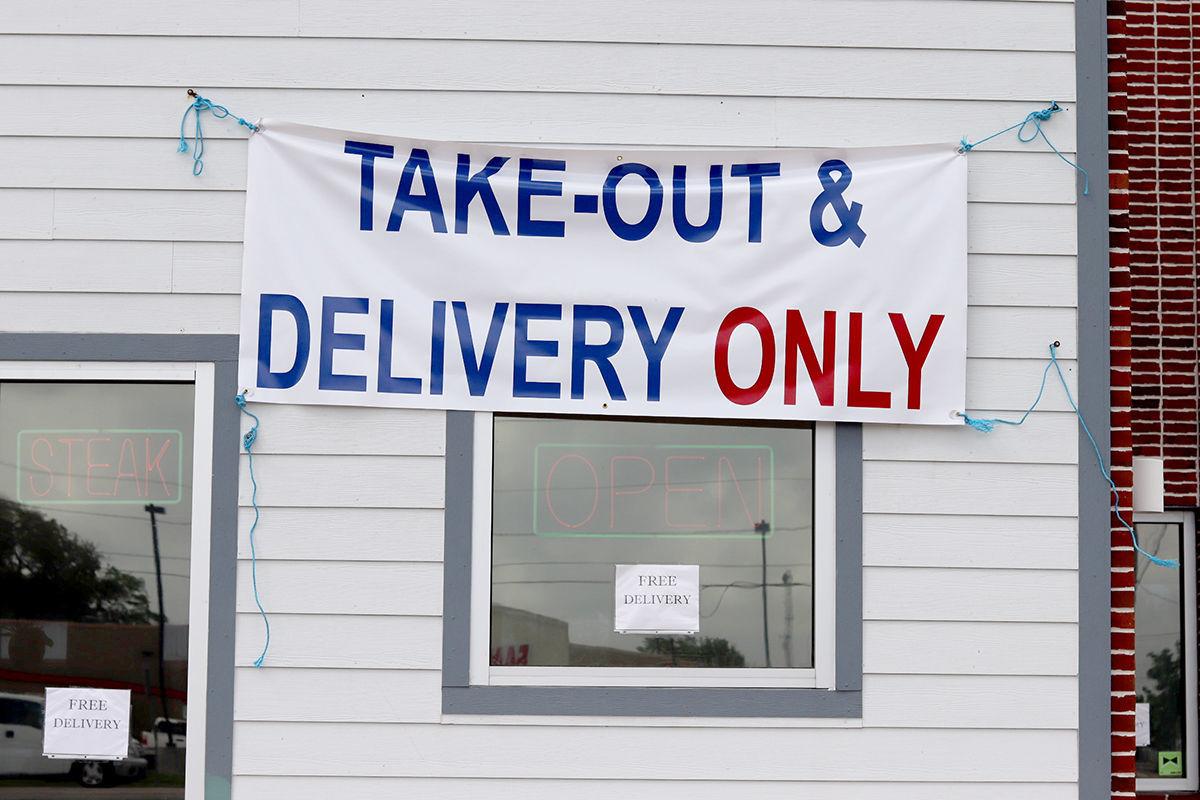 Many restaurants, even if they hadn’t before the coronavirus outbreak, are offering to-go and delivery services to keep up business. Angleton Seafood is offering free delivery within a 5-mile radius.

The dining room at the Runway Cafe in Angleton sits empty after Gov. Greg Abbott mandated restaurants close sit-down service because of the threat of the coronavirus.

Runway Cafe server Kristina Hensley discusses the impact of social distancing on the restaurant’s business. Runway Cafe is locally owned and recent events have decreased foot traffic within the establishment.

Many restaurants, even if they hadn’t before the coronavirus outbreak, are offering to-go and delivery services to keep up business. Angleton Seafood is offering free delivery within a 5-mile radius.

“We are all very stressed and worried right now,” Wayside Pub General Manager Brandon Hansen said. “I just had to lay off almost half of my staff.”

Starting Friday at 11:59 p.m., all restaurants and bars in Texas are restricted from hosting dine-in service until midnight April 3.

For the same time period, the governor’s four executive orders restrict any social gatherings of 10 or more people and eating in bars, food courts or restaurants, but “highly encouraged” using drive-thru, pickup or delivery options.

The order required all schools to temporarily close, though most campuses in Brazoria County already announced this week their campuses will remain shuttered until at least April 10.

DJ’s Bar-B-Q in Clute owners Rory and Tami Neal are doing their best to adjust to the new rules.

“We are doing the same precautions as everyone else,” Rory Neal said. “As long as we are allowed to be open, we will be open.”

With workers losing their jobs left and right, the Neals are planning to ensure all of their staff will remain intact for now.

“We will try our best to keep everyone,” Rory said. “If business continues, we can keep the check coming.”

The Wayside was unusually quiet Thursday as employees attempt to keep the restaurant afloat.

The pub is currently taking in 10 guests at a time, not including employees.

Hansen hopes the contagion is contained sooner than later, for his workers and their business, he said.

In order to keep up good business, the pub will offer liter and gallon-sized mixed drinks along with beer and wine exclusively through their website, Hansen said.

Delivery services like Waitr and Doordash will not deliver alcohol, according to company policies. Curbside delivery also restricts the sale of alcohol.

The remaining workers are receiving new hourly wages, along with tips, he said.

“Our laid off employees will be able to return to their position if they choose once the virus is a non-issue,” Hansen said.

One of those remaining workers is bartender Steven Gomez. Although not too concerned for himself, he feels for his former coworkers.

“It’s a bummer since most of us live day-to-day,” Gomez said. “I do have mixed feelings about this because of free will, but I do worry if people come out and they are sick.”

Gomez doesn’t just miss the loss of his income from tips, but the connections he had with customers, he said.

“It’s not just about the tips,” Gomez said. “I miss the guests that used to come in. We were all one big family and it’s temporarily gone. Once we open back up we can all party away again.”

In the meantime, Gomez urges residents to support local restaurants.

“Use their delivery services, eat their food, drink their alcohol, we will get through this,” Gomez said.

Small businesses like Runway Cafe in Angleton know that hard times will be coming, staff says. Unlike some restaurants, the cafe doesn’t sell alcohol.

Waitress Kristine Hensley was the only employee working in the restaurant Thursday afternoon.

“I know that our owner has expressed a lot of concern since we are by the airport and no one is traveling,” Hensley said. “We have had two tables since I’ve been here at 11 a.m.”

The Angleton High School senior was not personally too worried about her financial security, but knows her coworkers fear the unknown.

“I still live at home so I’m not too worried about losing my job,” the waitress said. “I do know coworkers who do have to pay their bills and I’m sure are worried.”

The to-go orders have been few and thin as of late and received a minimum of tips, which makes up the majority of her income, she said

The restaurant will play the situation by ear as they begin to-go only service this weekend, Hensley said.

Brittan Musick-Eller, a waitress at Angleton Seafood, says the restaurant has been able to keep up with the ever-changing regulations and recommendations.

“We still have our regulars supporting us by placing to-go and delivery orders and have even gained a couple of new ones,” Musick-Eller said. “We have really supportive owners here that are committed to leaving their doors open.”

The waitress has since adapted to a delivery driver as of Tuesday, which she called a smooth transition.

Angleton Seafood will deliver within a 5-mile radius.