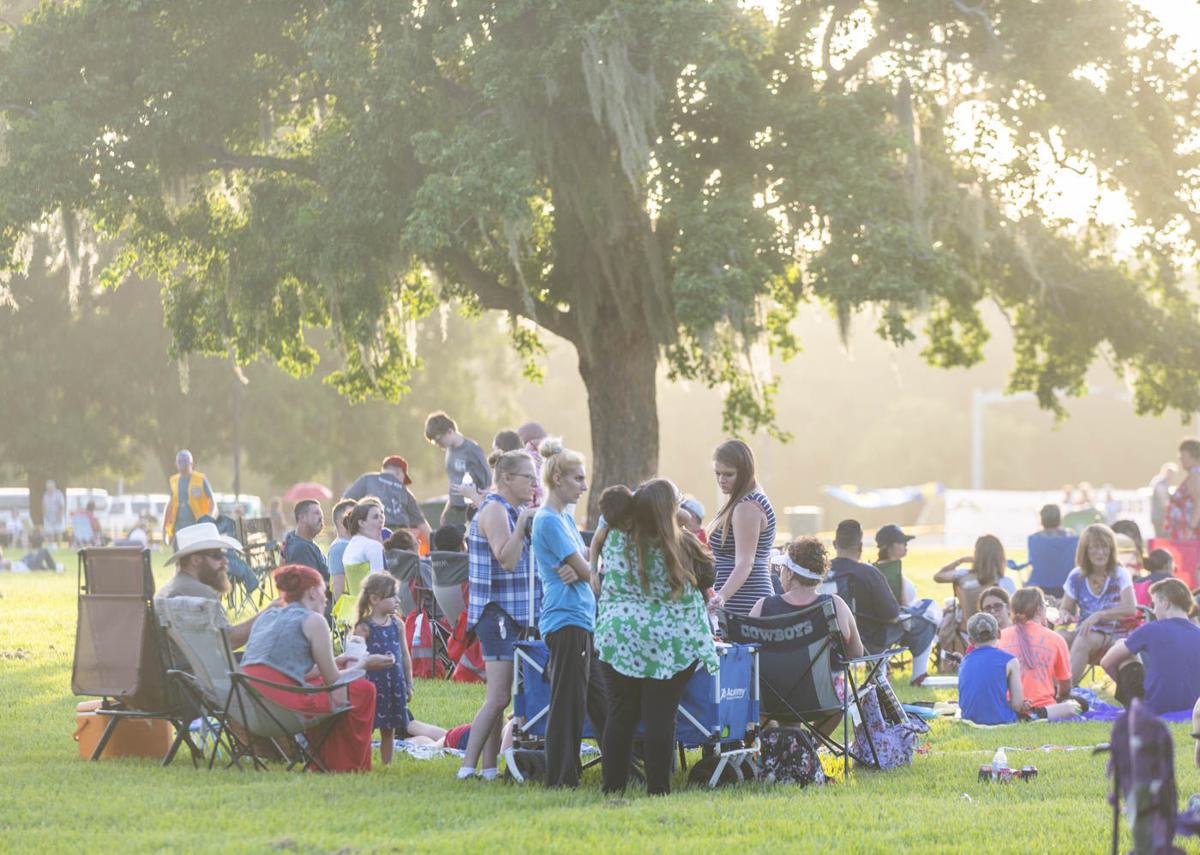 Crowds gather Saturday in Brazoria to wait for fireworks at the Celebrate America event hosted by the Brazoria Lions Club. 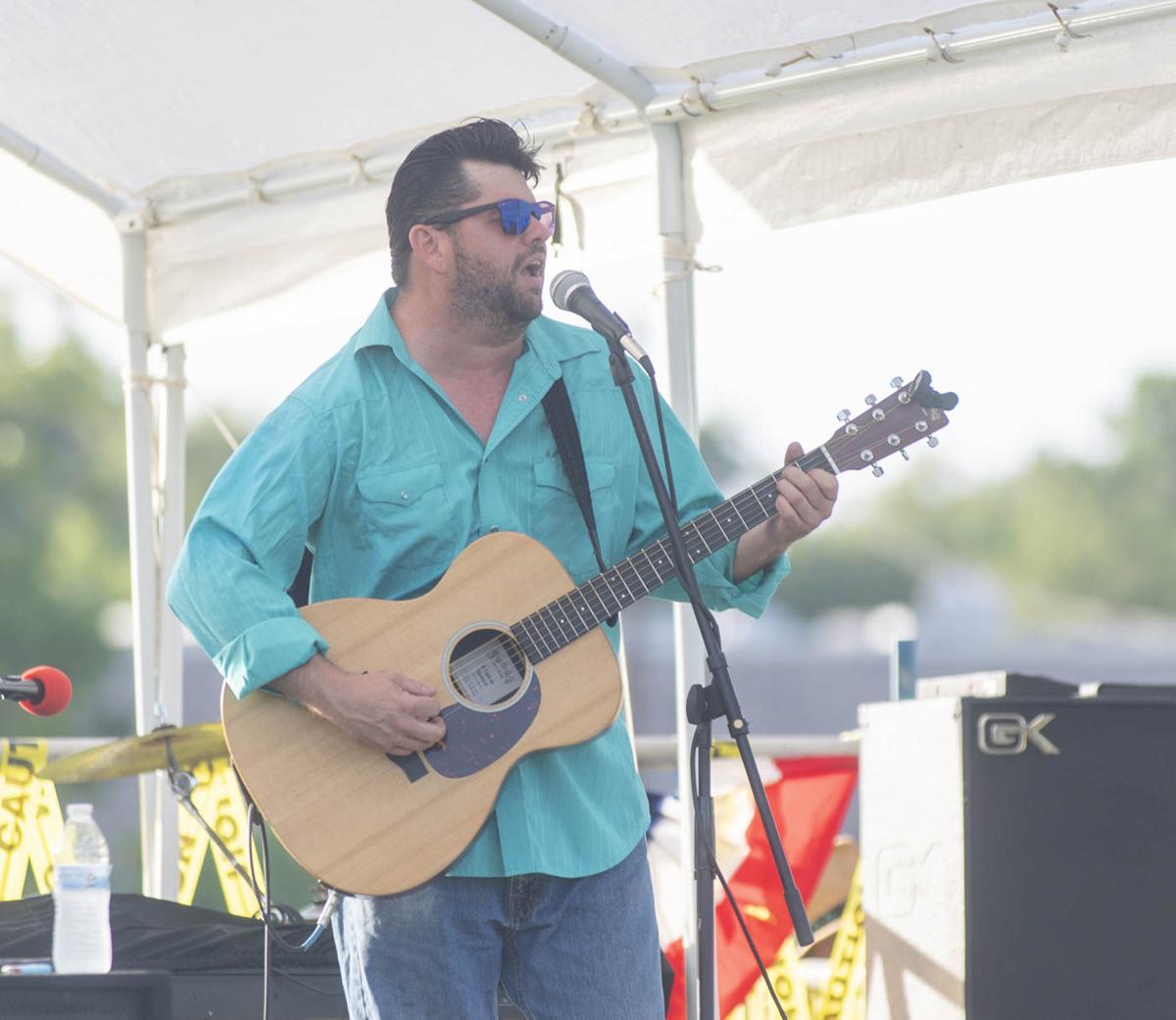 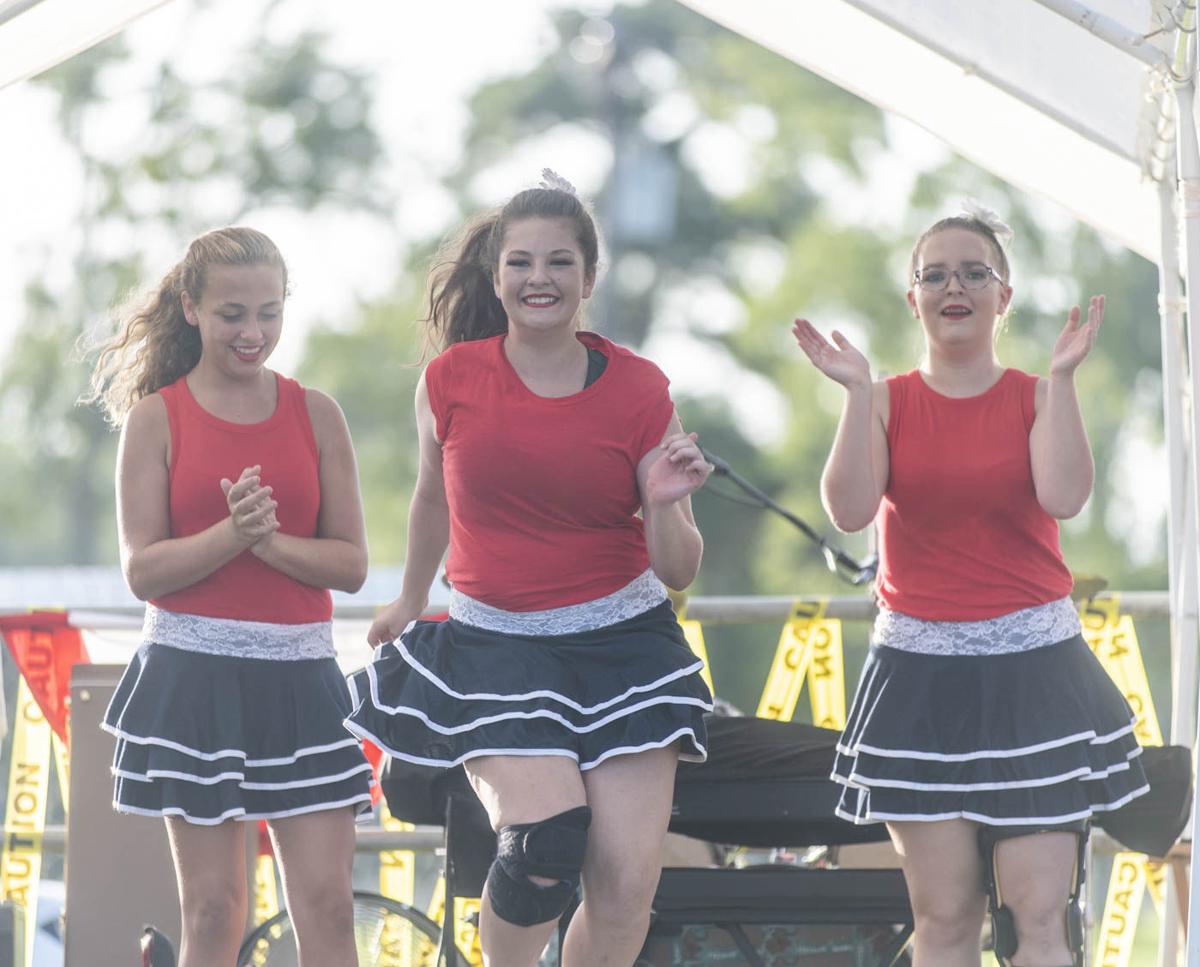 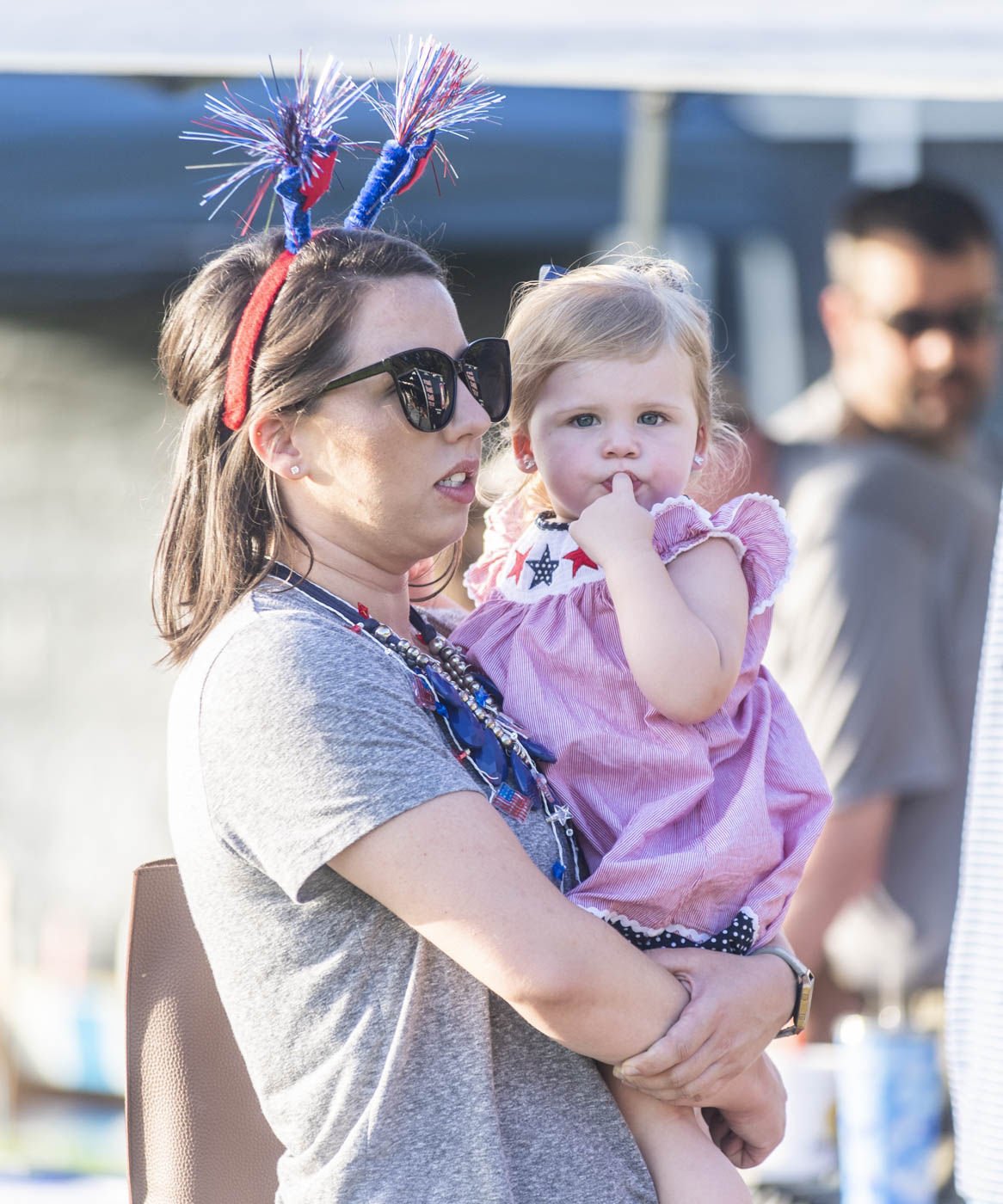 Kayley Singleton, left, and her one-year-old daughter, Jane, show their American pride by sporting red, white and blue Saturday at the Celebrate America event in Brazoria. 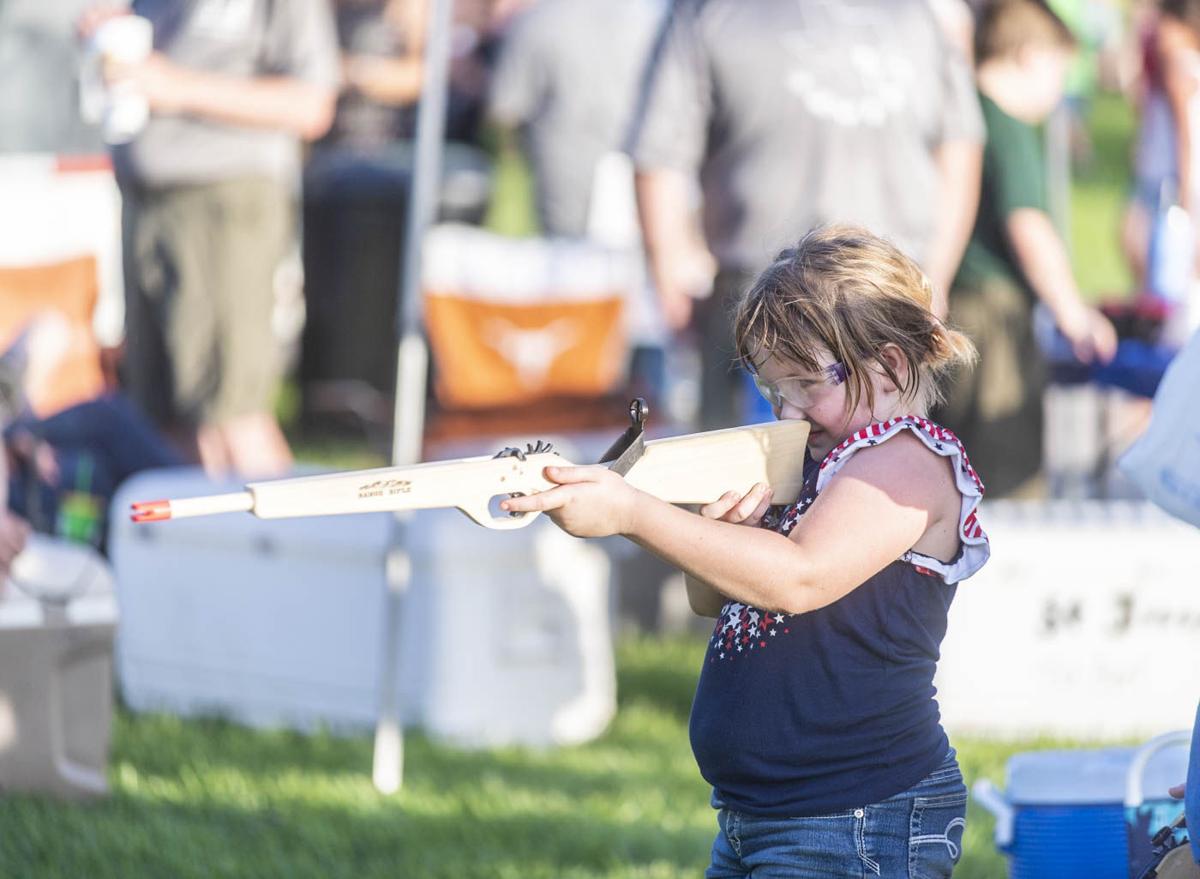 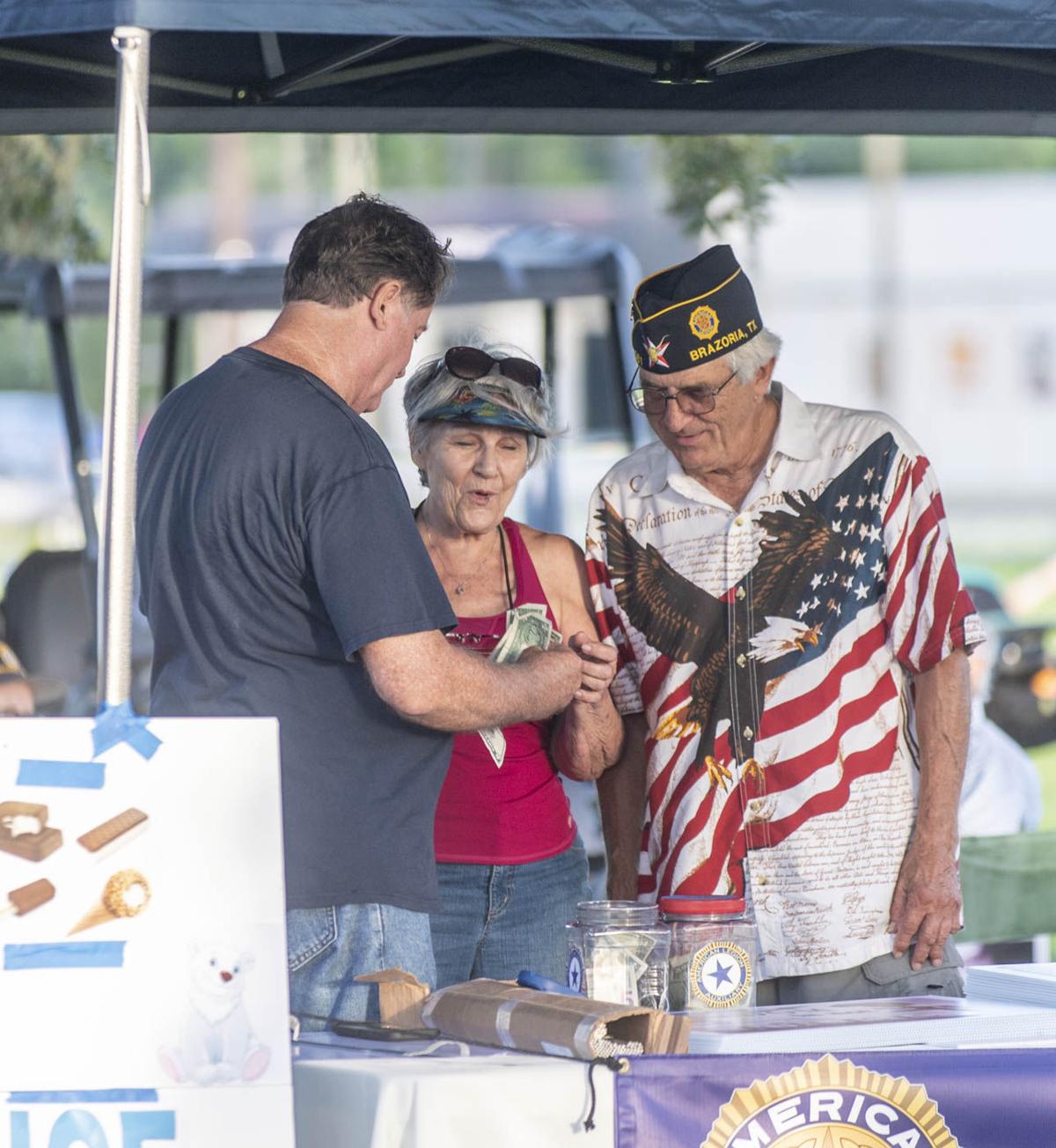 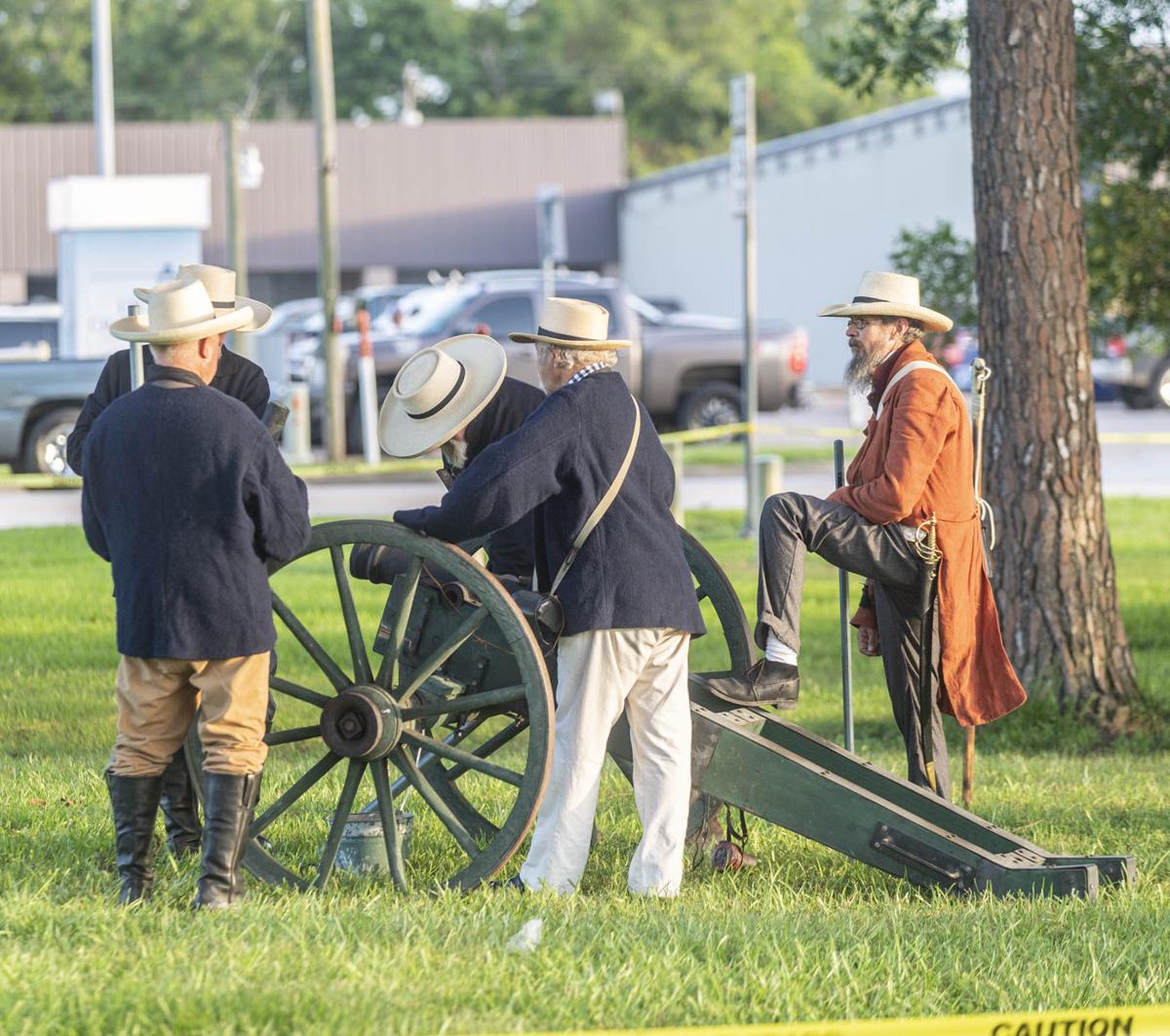 The Brazoria Historical Militia prepares for a cannon firing Saturday at the Celebrate America event hosted by the Brazoria Lions Club. 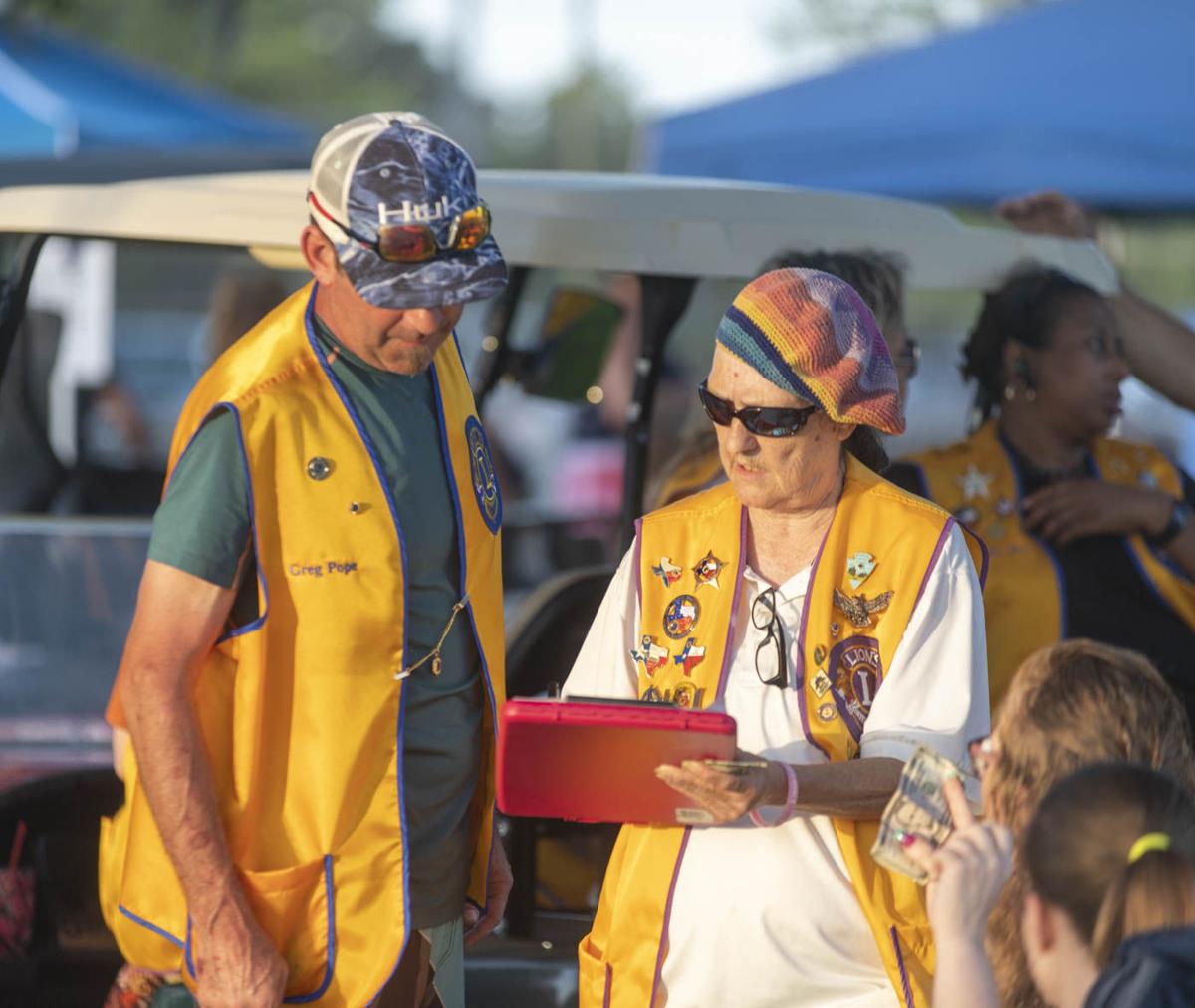 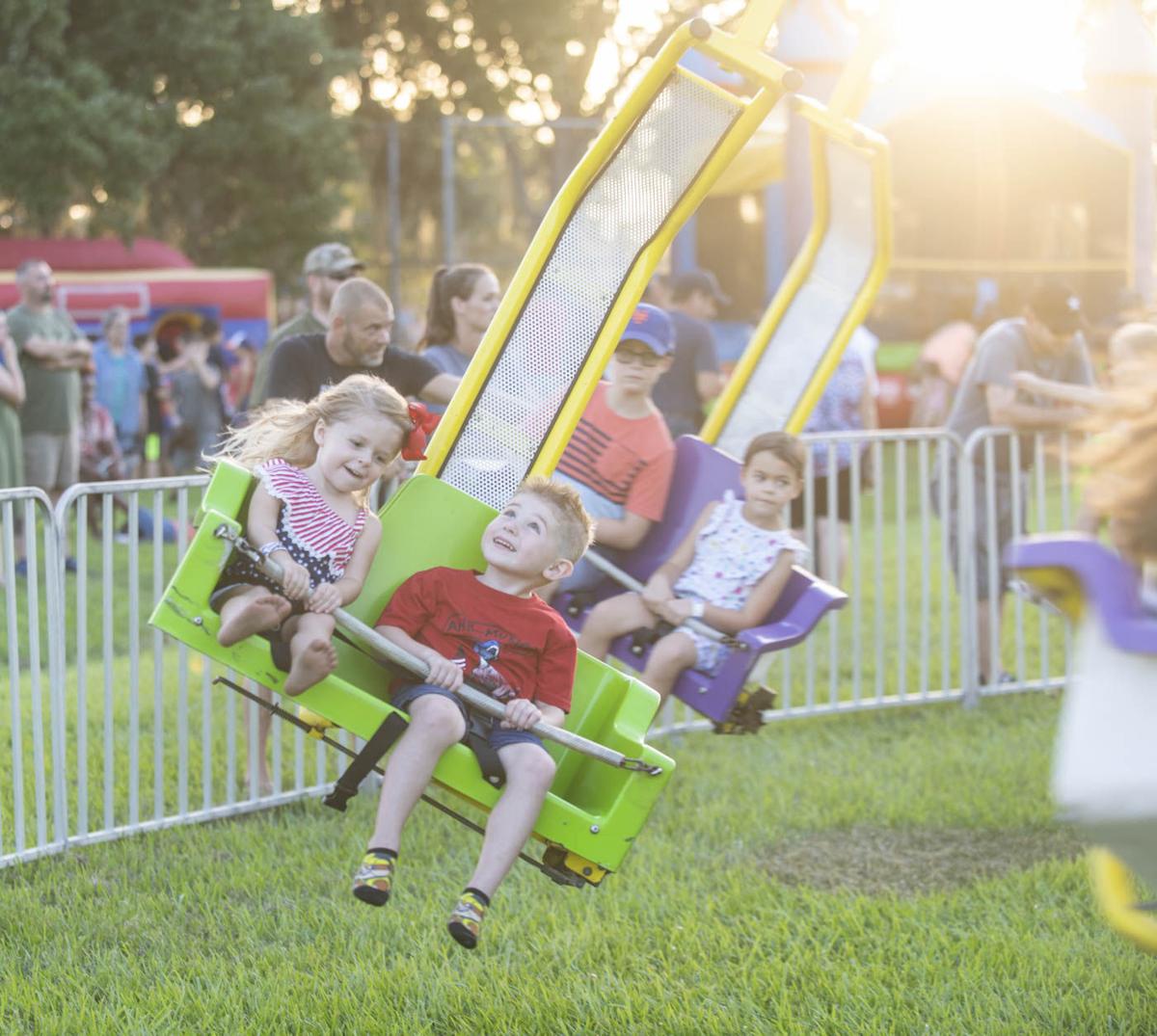 Crowds gather Saturday in Brazoria to wait for fireworks at the Celebrate America event hosted by the Brazoria Lions Club.

Kayley Singleton, left, and her one-year-old daughter, Jane, show their American pride by sporting red, white and blue Saturday at the Celebrate America event in Brazoria.

The Brazoria Historical Militia prepares for a cannon firing Saturday at the Celebrate America event hosted by the Brazoria Lions Club.

BRAZORIA — Ecstatic young children ran around the grounds of Barrow Elementary, some playing games, others eating sno-cones, while parents enjoyed hearty food and jammed out to rock music playing in the background, kicking off a night of patriotism and community.

Residents and visitors who came out to Celebrate America were able to enjoyed a leisurely night of patriotism and entertainment, all followed by a nightcap of fireworks lighting up the sky in Brazoria.

Pastor Dale Frankum and the Brazoria First Assembly of God hosted Celebrate America since the event’s inauguration 25 years ago. This year saw a change in leadership, with the Brazoria Lions Club taking the reins.

The annual event provides an entertaining look at what it means to be an American and he’s glad the event had a large amount of community support this year, Lions Club President Gary Kersh said.

“We had numerous donations,” he said. “More than you could ever ask for. We have been very blessed. It’s been a community effort to get all of this together. We would like to thank all our sponsors for making it so great.”

He is happy with the attendee numbers and the amount of people he saw enjoying themselves around the grounds of Barrow Elementary, Kersh said.

“I don’t know how many people,” he said. “There was outstanding crowds. There were lots of people there.”

He received more than 20 text messages about how great the fireworks were and he feels excited to make it more elaborate next year, Kersh said.

“Next year we will get bigger and better,” he said.

He is proud of the Brazoria Lions Club for taking initiative, Brazoria Mayor Roger Shugart said.

“Without them, it would have been dead,” he said. “I give them all the credit.”

Celebrate America was a huge task to put on but it’s important to have community events like this continue, Tosha Harper with the Brazoria Girls Softball Association said.

“I think it’s good to keep it going,” she said. “Brazoria is trying to come together again as a community and bring the youth back into the community as well. You don’t have to travel outside your own city to play certain sports or be in the Lions Club. That stuff is in their own hometown.”

Rosemary and Steve Garrett came out to the event Saturday night to show their support of the event.

“I think people in this community like to show their patriotism and like to come together and have a good time,” Steve Garrett said.

It is convenient for residents in the city to attend because it’s close and there’s a real appeal with all the local vendors, Steve Garrett said.

Celebrate America and other Fourth of July-focused events are a natural way for families to come together, Rosemary Garrett said.

“It’s a good place for families to take children,” she said.