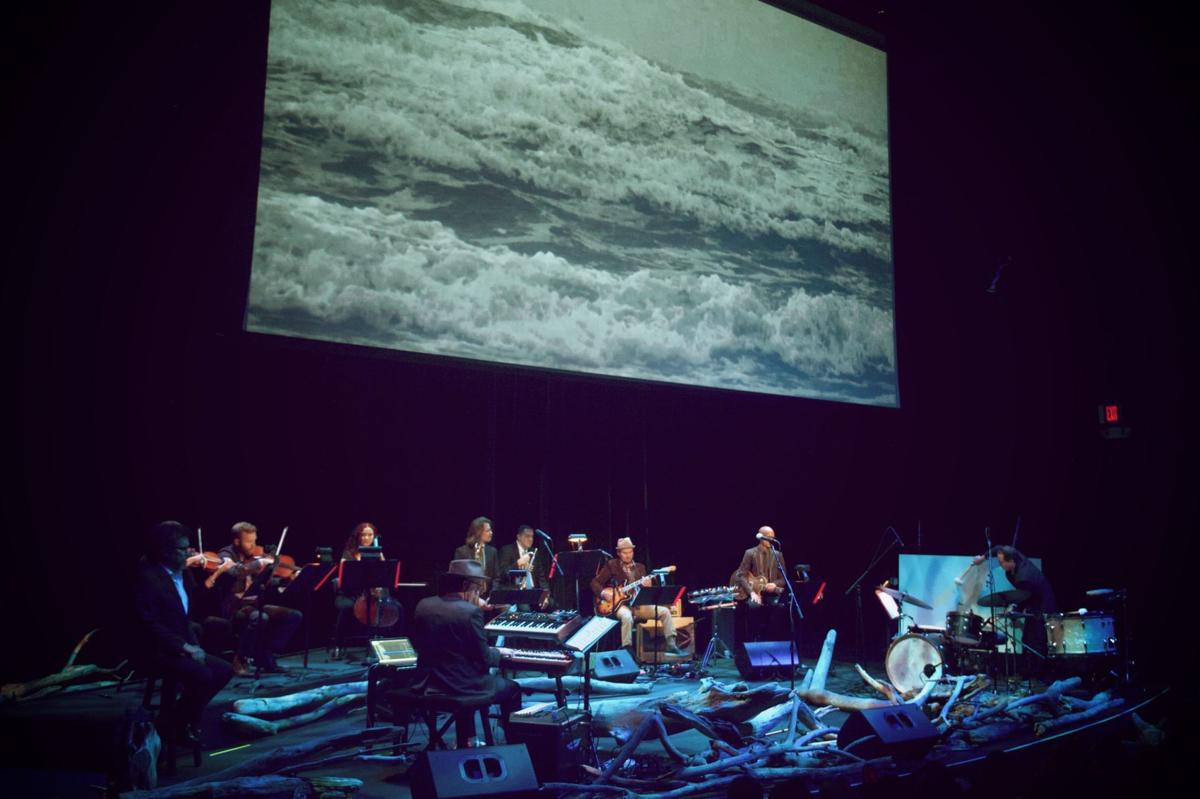 Montopolis presents a performance of “The Living Coast,” which includes a nature film, storytelling, and live music. 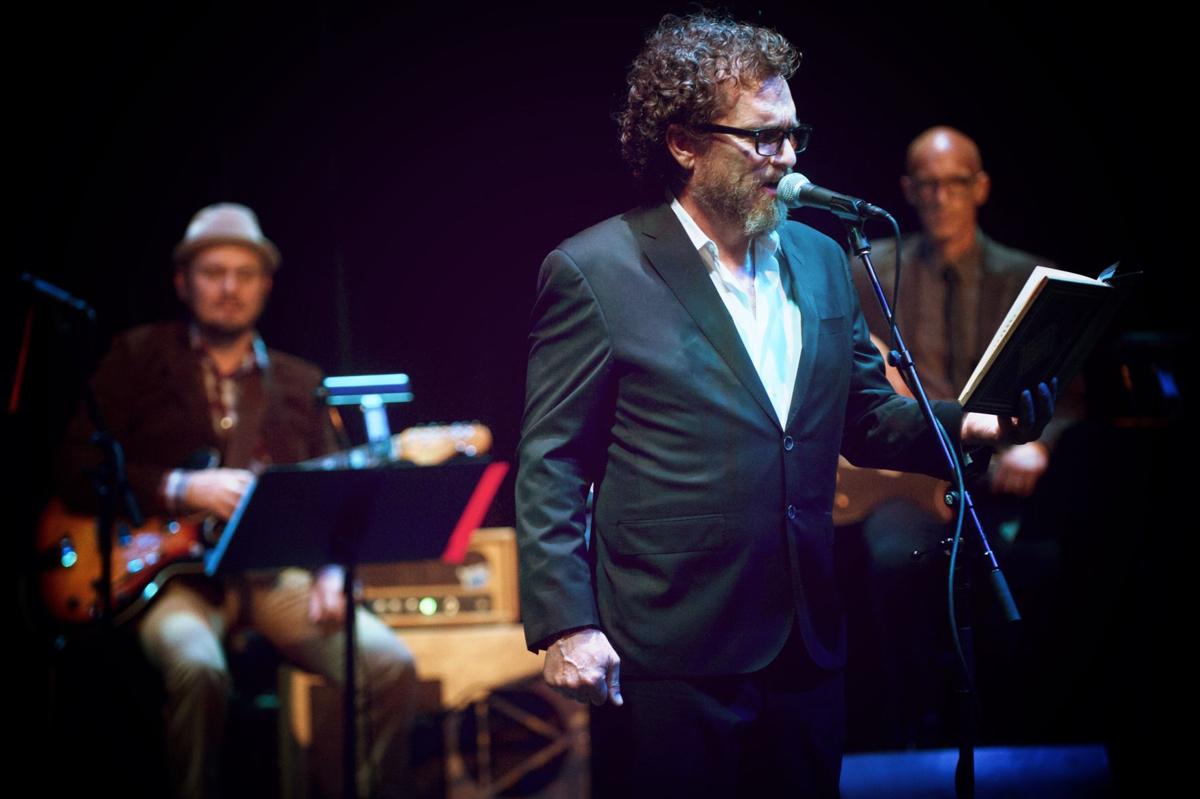 Narrator Robert Kraft tells the story of the 1900 hurricane in Galveston, the deadliest natural disaster in the history of the United States, during a production of “The Living Coast.”

Montopolis presents a performance of “The Living Coast,” which includes a nature film, storytelling, and live music.

Narrator Robert Kraft tells the story of the 1900 hurricane in Galveston, the deadliest natural disaster in the history of the United States, during a production of “The Living Coast.”

LAKE JACKSON — For those who enjoy life along the Gulf Coast, “The Living Coast,” created by Montopolis, will likely bring a creative reminder about the natural beauty that brought them here in the first place.

“Montopolis is a collective of filmmakers, storytellers, and musicians,” said Artistic Director Justin Sherburn. “We are rock musicians and country musicians and we have members of the Austin Symphony, so it’s a little classical, a little country and a little rock and roll.”

Montopolis has been working to show off different parts of Texas, and the Gulf Coast is featured in the show they’re performing on their current tour, Sherburn said. The show at 7 p.m. Feb. 8 at the Clarion at Brazosport College comprises a nature film, dynamic storytelling and a live music experience, according to a news release.

“What we do is we try to encapsulate a part of Texas and then take it to another part of Texas,” Sherburn said. “It’s really nice when we can go to the place where we shot the film and where we got our inspiration for the piece, so in this case (Brazoria County) is it — that’s ground zero for where we created this piece of art.”

Much of the footage was filmed in Matagorda Bay and at the Surfside jetties, and just off the coast of Sargent, he said.

Audience members will get to see “a beautiful version of what they see every time they go out into the ocean,” he said, including crocodiles, underwater fish, whooping cranes, herons and more.

“There’s a lot of people that love the coast,” said Jason Waligura, who was involved with the production and is sponsoring the show. “It’s something that’s an important part of their lives.”

People have different ideas of how to use the coastal resources, depending on their respective industry. The Gulf Coast is also becoming more populated, so it’s important to be aware of how they use it, and how it’s changing, he said.

“I think it’s a good time to talk about how we use it and start having discussions about how we think the parts that are left should be used in the future,” Waligura said. “It always seemed like … there’ll always be another empty beach … but you look now and it’s starting to fill up with stuff, and this emptiness that we thought was always there is not there anymore.”

The presentation will include imagery of coastal activities including surfing and fishing, and will incorporate interviews from surfers, scientists, oilmen, shrimpers — all kinds of people from up and down the coast, Sherburn said. There will also be an onstage narrator to tell the story of the Galveston hurricane of 1900, he said.

“The film is really celebratory, and just shows all the beauty of nature in that area,” Sherburn said.

Tickets for this one night only event cost $20 and can be purchased from the Clarion box office or website. For information, call the Clarion at 979-230-3156 or visit clarion.brazosport .edu.