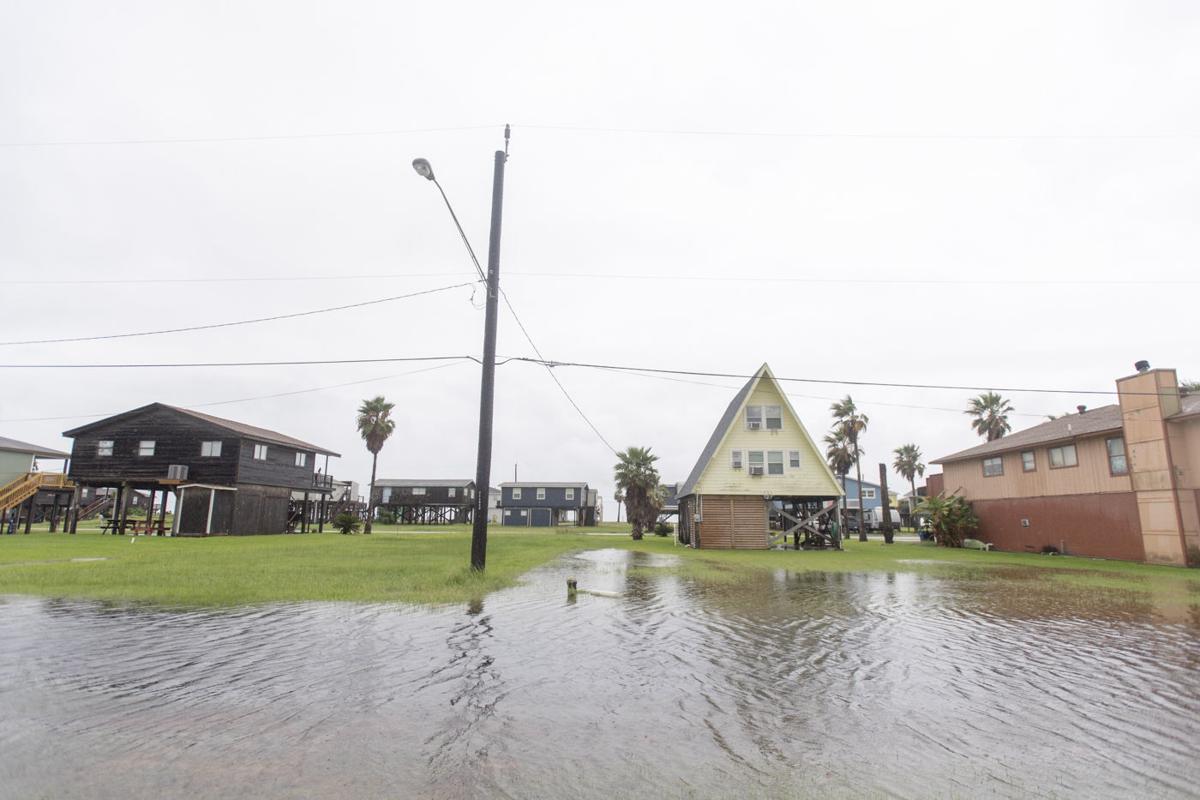 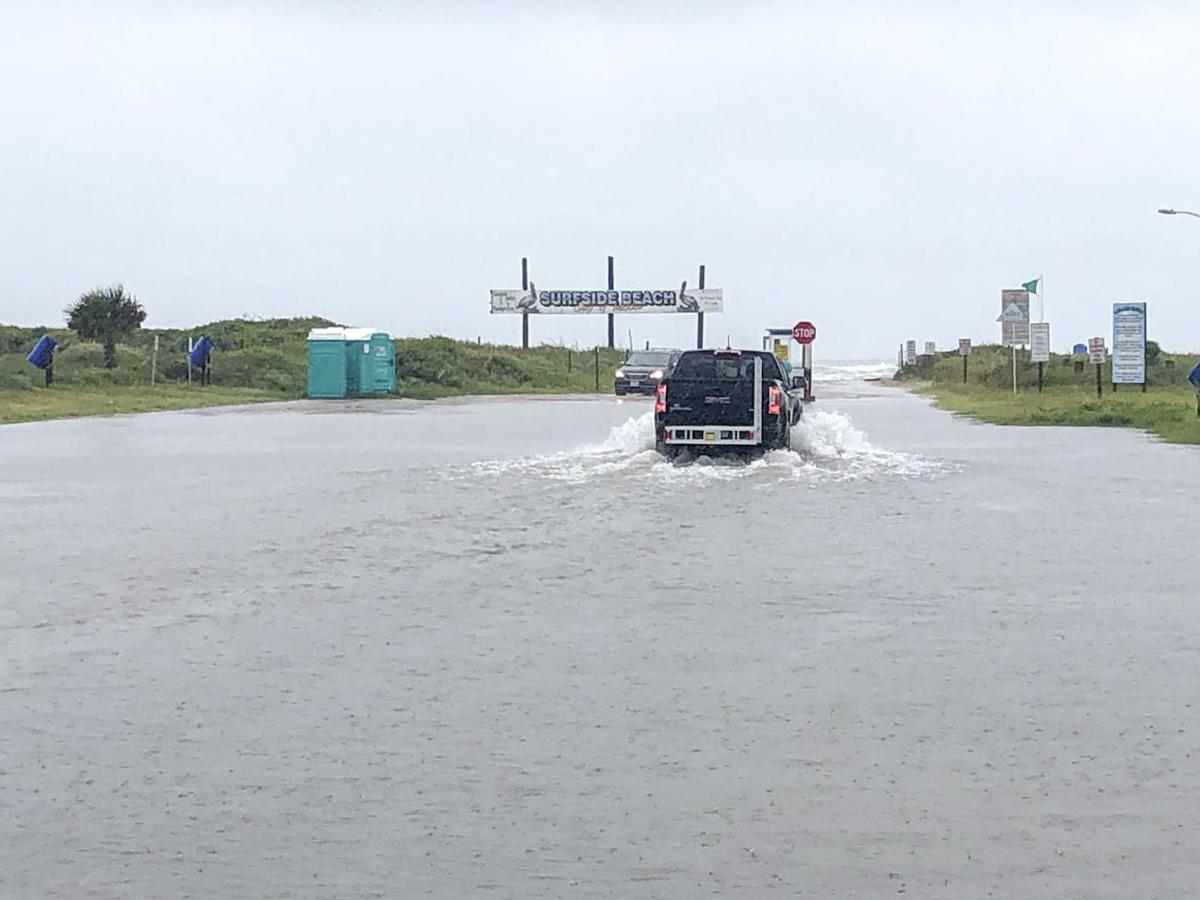 Cars drive through high water covering Beach Drive on Tuesday in Surfside Beach before the village closed access to the beach. 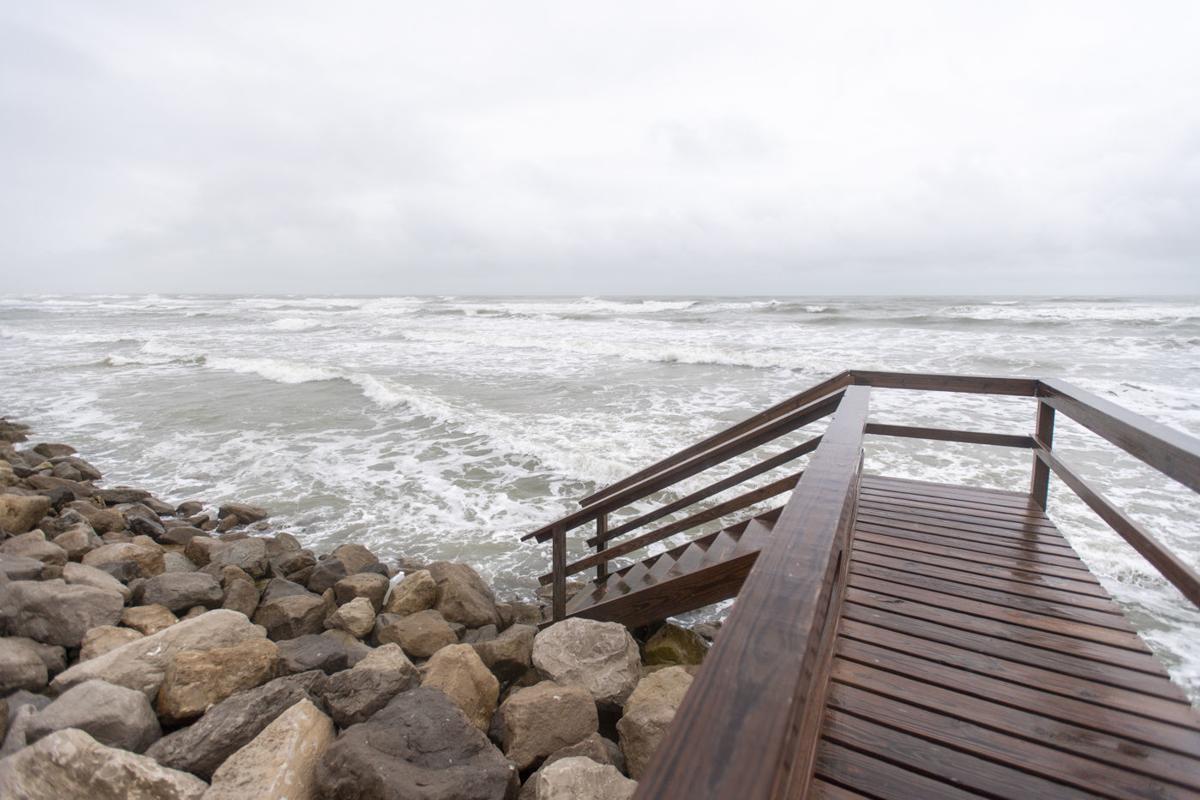 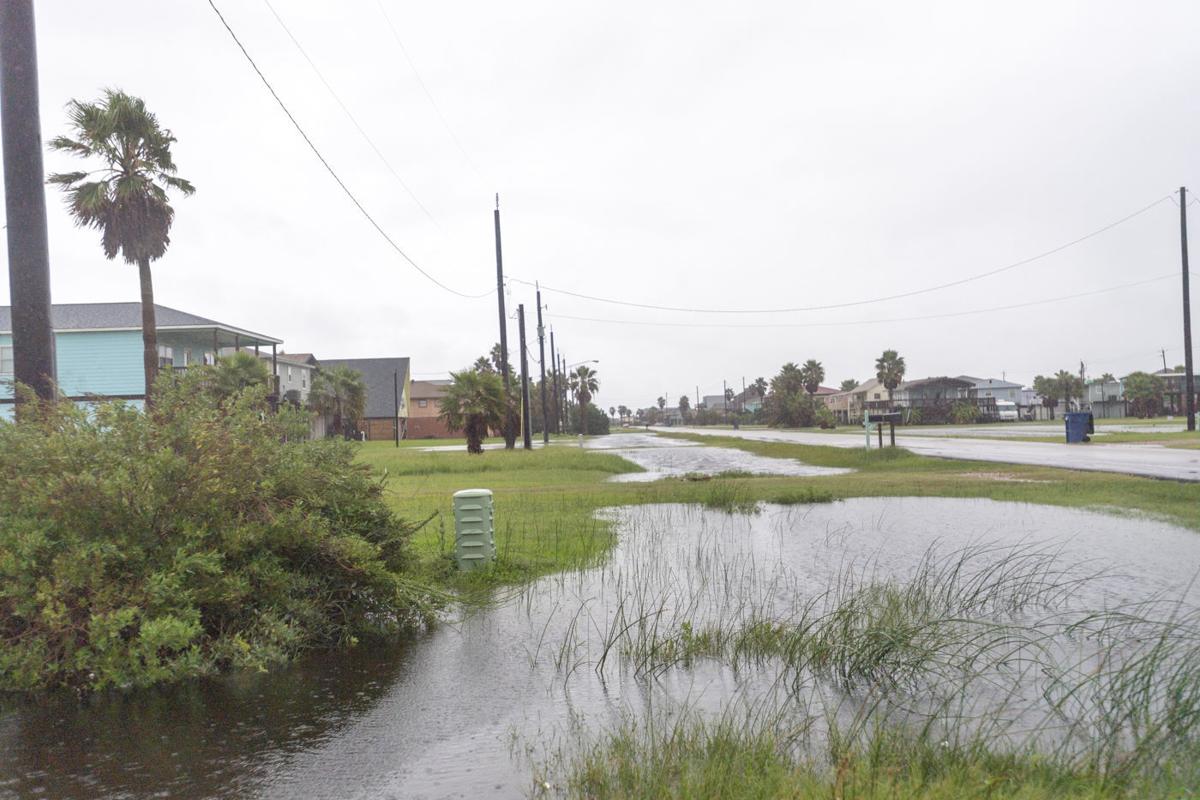 Front yards and ditches along Sundial and Surf Drive begin to overflow Tuesday from heavy rain being dumped by Tropical Storm Imelda as it came shore at Freeport. 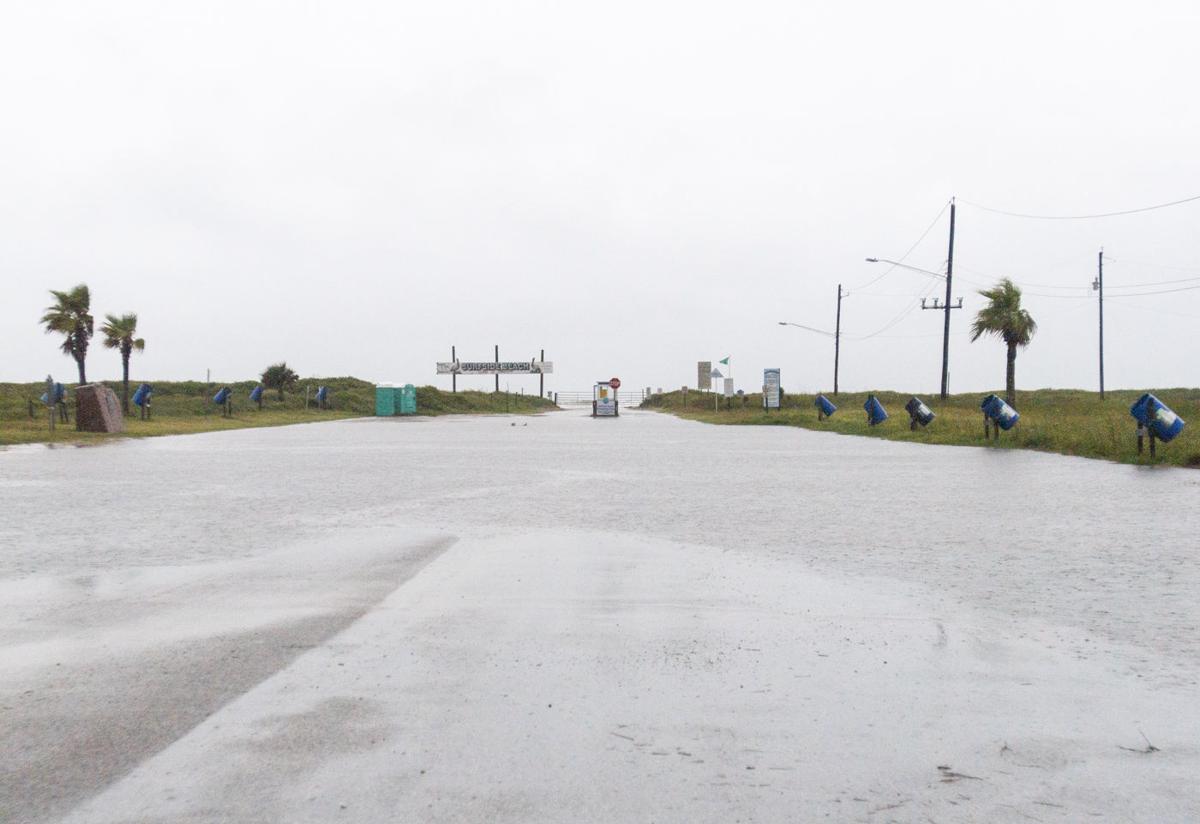 Water covers the road onto Surfside Beach as Tropical Storm Imelda comes ashore Tuesday afternoon. Entrances to the beach were closed and red flags posted to warn people to stay out of the area.

Cars drive through high water covering Beach Drive on Tuesday in Surfside Beach before the village closed access to the beach.

Front yards and ditches along Sundial and Surf Drive begin to overflow Tuesday from heavy rain being dumped by Tropical Storm Imelda as it came shore at Freeport.

Water covers the road onto Surfside Beach as Tropical Storm Imelda comes ashore Tuesday afternoon. Entrances to the beach were closed and red flags posted to warn people to stay out of the area.

A tropical storm formed quickly in the Gulf of Mexico on Tuesday and came ashore near Freeport, leading Brazoria County officials to warn of heavy rainfall that could cause flash flooding over the next couple days.

Tropical Storm Imelda came ashore carrying winds of 40 mph, just enough to register as a tropical storm. By early evening, it had been downgraded back to a tropical depression.

The weather will affect the coastlines and there is a risk of high rip currents over coastal waters, National Weather Service meteorologist Tim Cady said. Small water craft need to take precautions.

The drainage pumps used throughout Angleton to prevent flooding couldn’t keep up with the amount of rain Imelda dropped in a short period of time, Assistant Police Chief Katherine Davis said. Residents were urged to stay inside and limit flushing and shower use to conserve water.

“We’ve taken on about 6 inches of water right now,” Davis said at about 8:30 p.m. Tuesday. “It seems to just be hovering over us at the moment. The ditches are full; they’re working but they’re full.”

The pumps are working and eventually will move the water out, Davis said.

Though officials didn’t have an exact prediction on the amount of rain Imelda would deliver, people need to avoid roadways with any amount of standing water, Cady said.

“We’re anticipating heavy rain from today through Thursday,” Cady said. “We’re also stressing that regardless of what we’re told, flash flooding is expected in low-lying areas.

“Don’t attempt to cross roadways with water. You’ve heard our slogan, ‘turn around and don’t drown,’” he said. “Regardless of what the system is called, we’re continuing to stress the rain may have an impact and make travel difficult.”

Surfside Beach officials closed entrances to the beach as police officers posted red flags warning people to stay out of the area.

“There’s no reason for anyone to be driving on the beach right now,” Mayor Larry Davison said.

However, there were no tidal flooding concerns Tuesday, he said.

“We’re going to keep monitoring the situation. There’s some localized street flooding, but I think that’s everywhere right now,” Davison said Tuesday afternoon. “We’re not concerned about the tides right now. They don’t look like they’ll be severe at this point.”

“If winds or flooding get to be too much, we’ll notify guests that they might need to make other arrangements, but we’re not concerned at this point,” Tarsek said.

She never wants to cause unnecessary panic or alarm when a storm comes through.

“As long as no one is in danger, we’ll just leave our guests be and try not to disturb them,” she said.

Area school district officials monitored the weather as Imelda came ashore, but put off a decision on whether classes would be canceled or delays until this morning.

People need to take precautions and be patient, County Judge Matt Sebesta said. However, the rain is a good thing for the county right now, he said. Commissioners Court recently instituted a 90-day burn ban.

“We are starting out with very dry ground,” Sebesta said. “It will absorb a decent amount, and I imagine after this event, a week or so from now, we might be out of a burn ban.”

He urged residents to take extra precautions when traveling.

“We want folks to just be careful, be aware, use common sense and have courtesy,” Sebesta said.