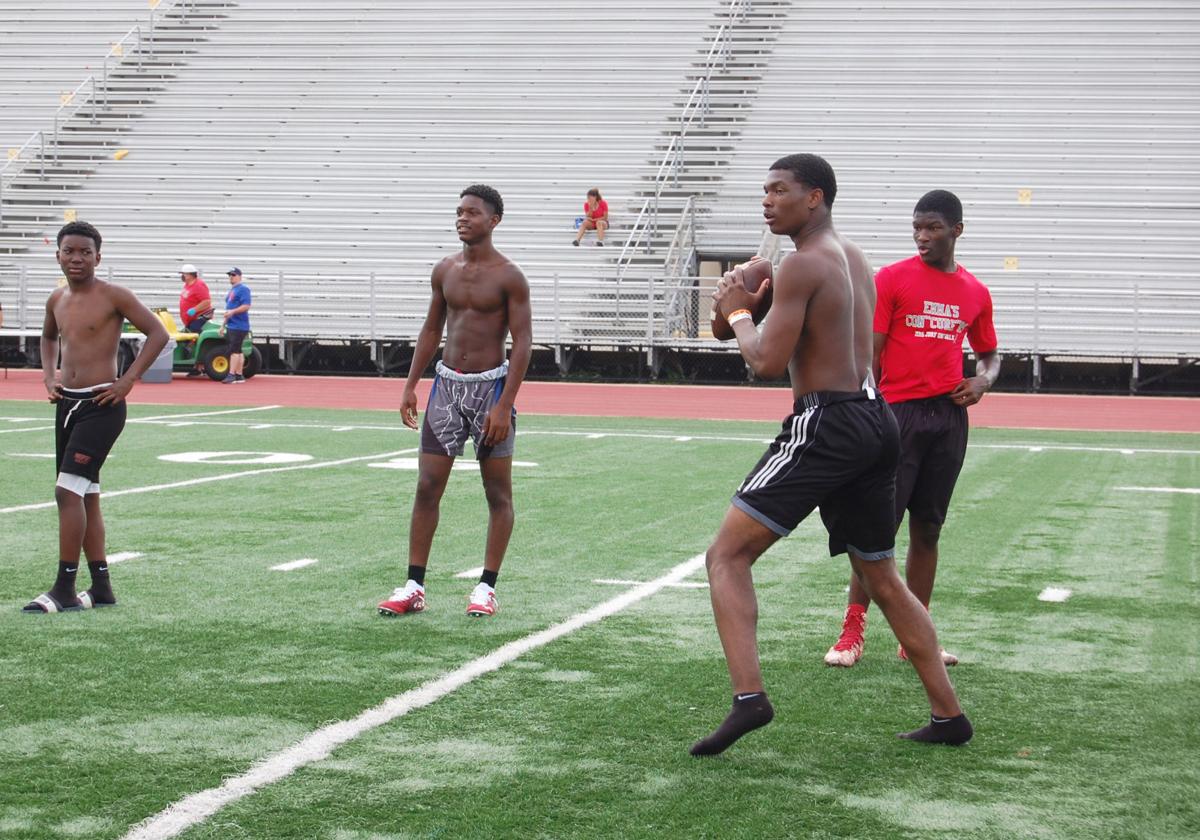 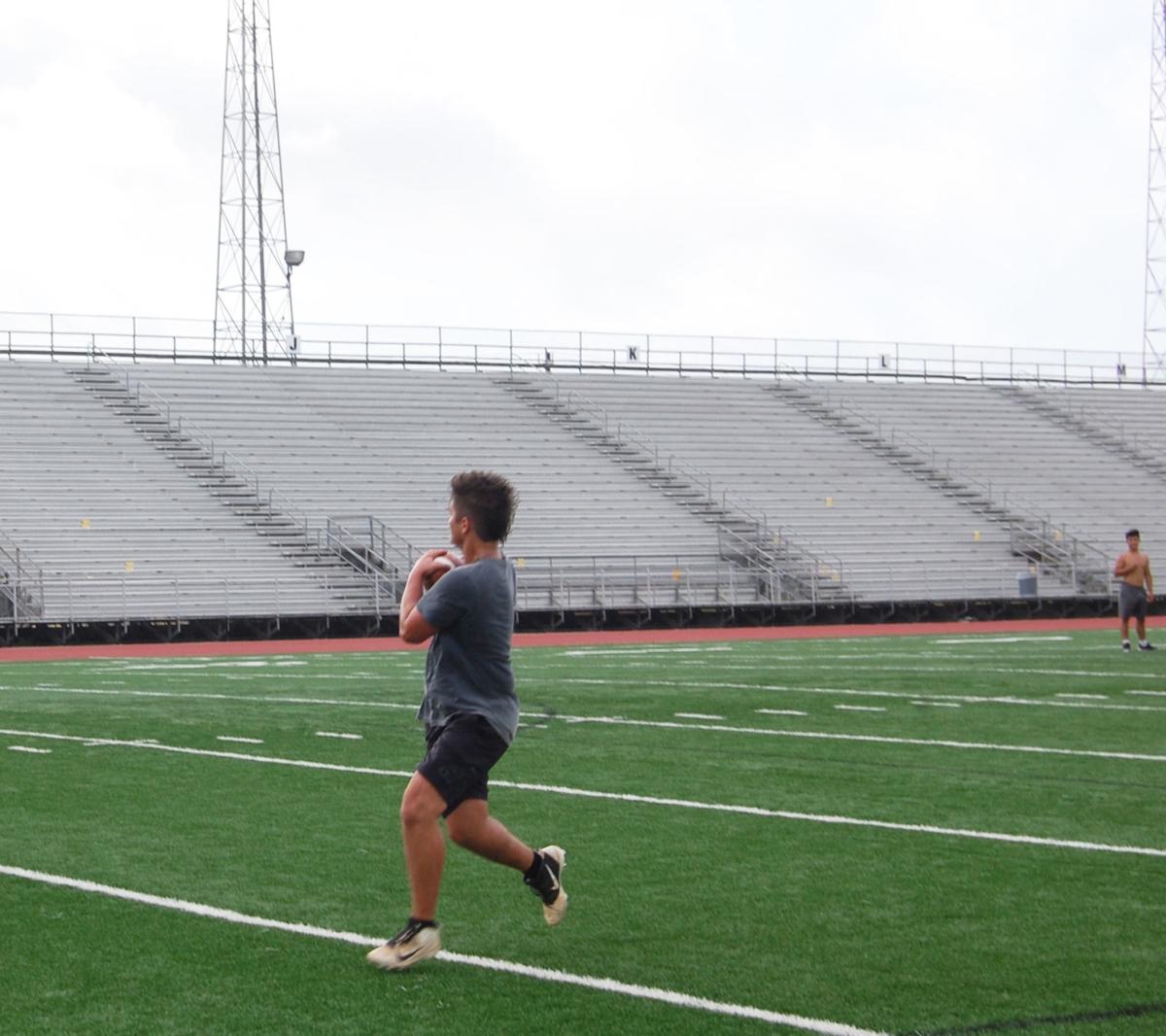 An Exporter catches a pass at Brazosport’s strength and conditioning workouts June 22 at Hooper Field. 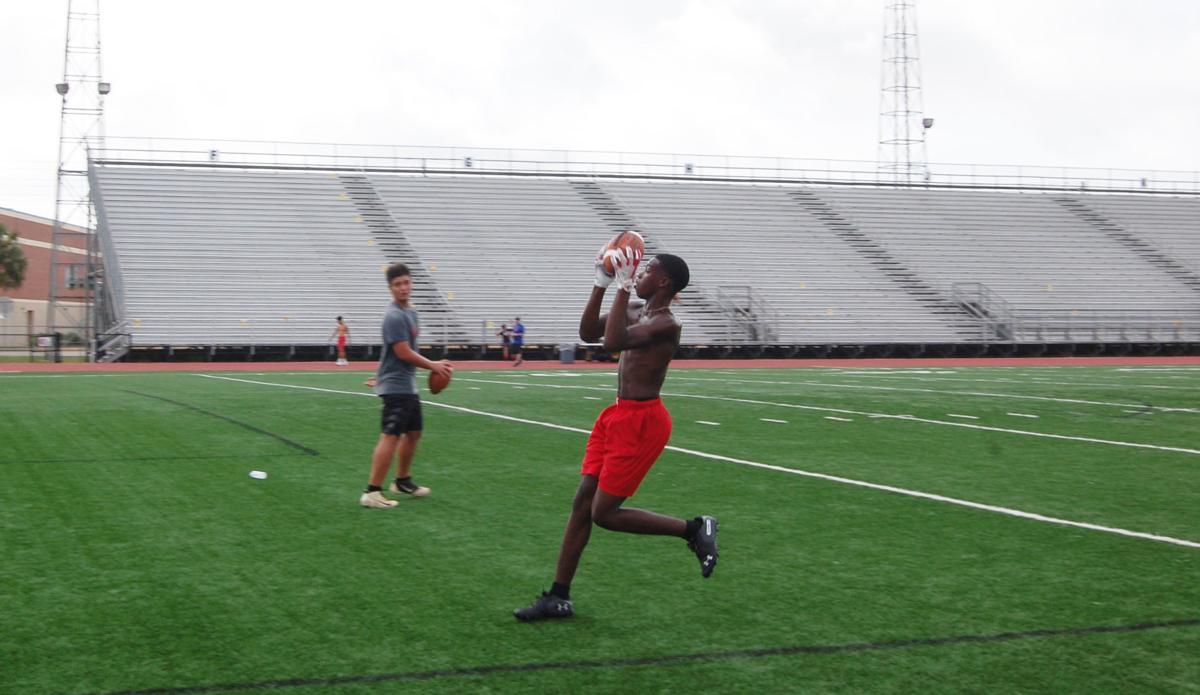 An Exporter catches a pass at Brazosport’s strength and conditioning workouts June 22 at Hooper Field.

Brazosport ISD postponed its strength and conditioning program for the next two weeks in light the rise of COVID-19 cases in the county, Houston area and state, officials said.

This is out of “an abundance of caution,” Superintendent Danny Massey said.

The program is scheduled to resume July 13.

“We were already taking the week after the 4th off, but with all of the cases within Brazoria County we just wanted to be proactive,” Brazoswood Athletic Coordinator and head football coach Danny Youngs said. “So we decided to take an extra week off and hit it after a holiday. Hopefully the cases in the whole state of Texas will be down, so we were just being proactive.”

High schools were given the green light by the University Interscholastic League to gather athletes for summer and conditioning programs June 8.

With an approach to try to separate athletes as much as possible, high schools were using multiple sites, including the intermediate schools, to have workouts.

Brazoswood had its first case of an athlete testing positive for COVID-19 June 11, thus 60 athletes and seven coaches were quarantined for 14 days. Those 14 days for most of those athletes and coaches expired.

“Some returned on Friday, about 15 of them who did a workout because their 14 days were up on Thursday,” Youngs said.

Youngs said he took an idea Friday to Athletics Director Alan Weddell, Massey and Brent Jaco, chief of staff and government affairs, to temporarily halt the program and they all agreed.

“It isn’t our high school kids that we are worried about with the numbers going up, but the general population,” he said. “With our kids hanging out with their parents, family, cousins and people in general we wanted to give that a chance to drop. We also trying were trying to give the parents a peace of mind that we are doing what’s best for kids.”

All sports have been participating in the strength and conditioning program for the district. Once camp resumes July 13, it will go until the end of month.

“We knew that the COVID-19 was going to affect somebody, but we just didn’t want it to affect everybody,” Youngs said. “With how many kids we have, we tried to do it in the best way possible.”

The summer camp has been great overall, and athletes are following the guidelines that the coaches ask of them, he said.

“But it is tough to ask a kid from seventh grade to 12th grade not to be close with his friend or buddy, instead having them 6 to 10-feet apart,” Youngs said. “It is hard because it isn’t in our nature as athletes.”