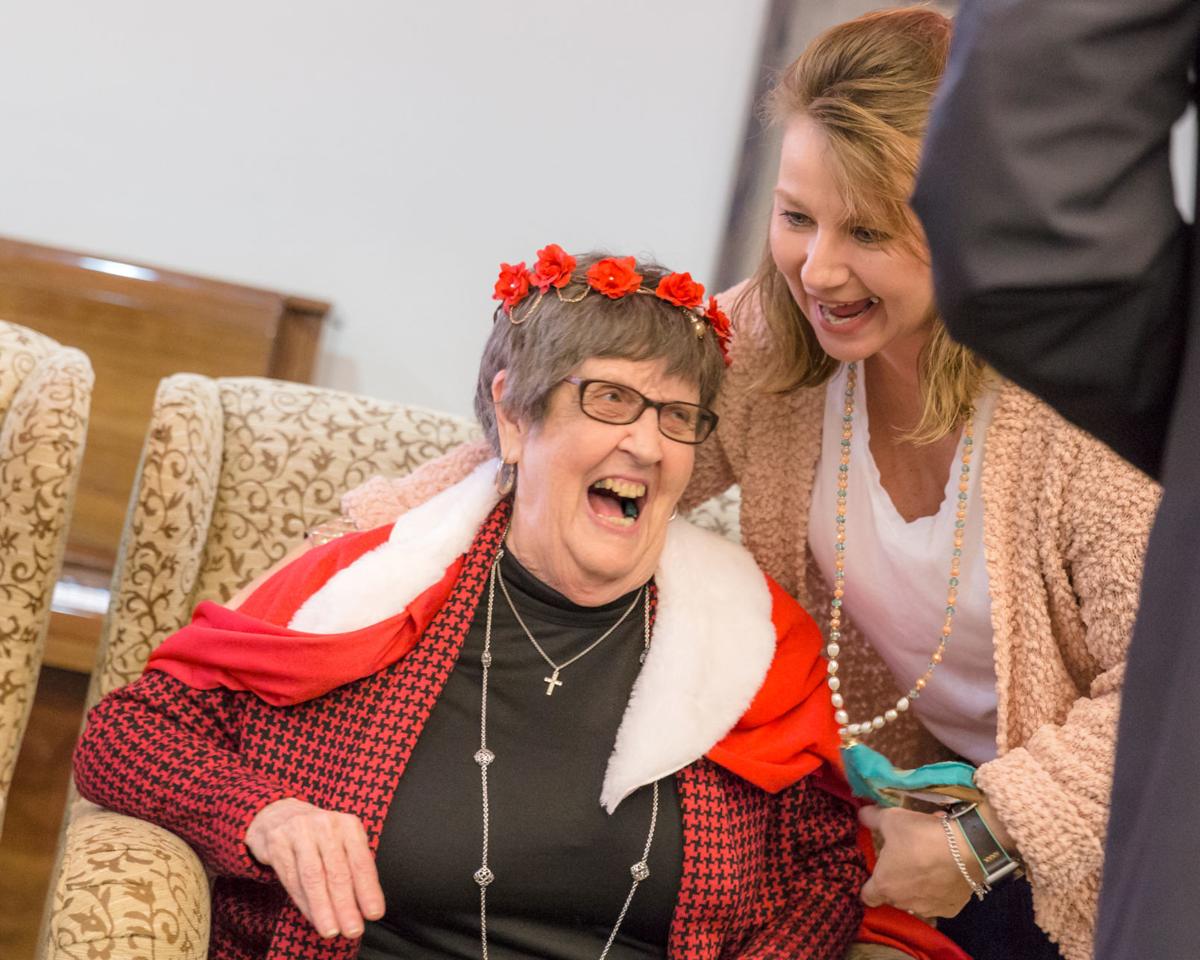 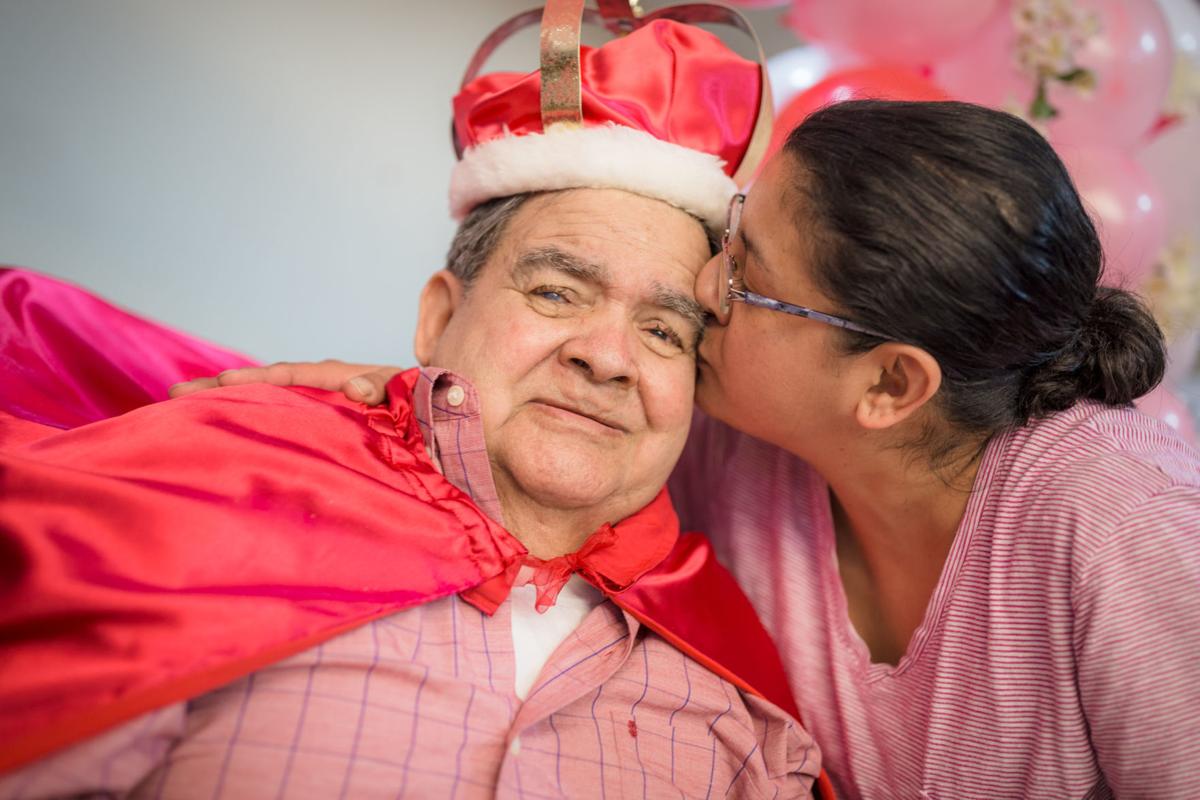 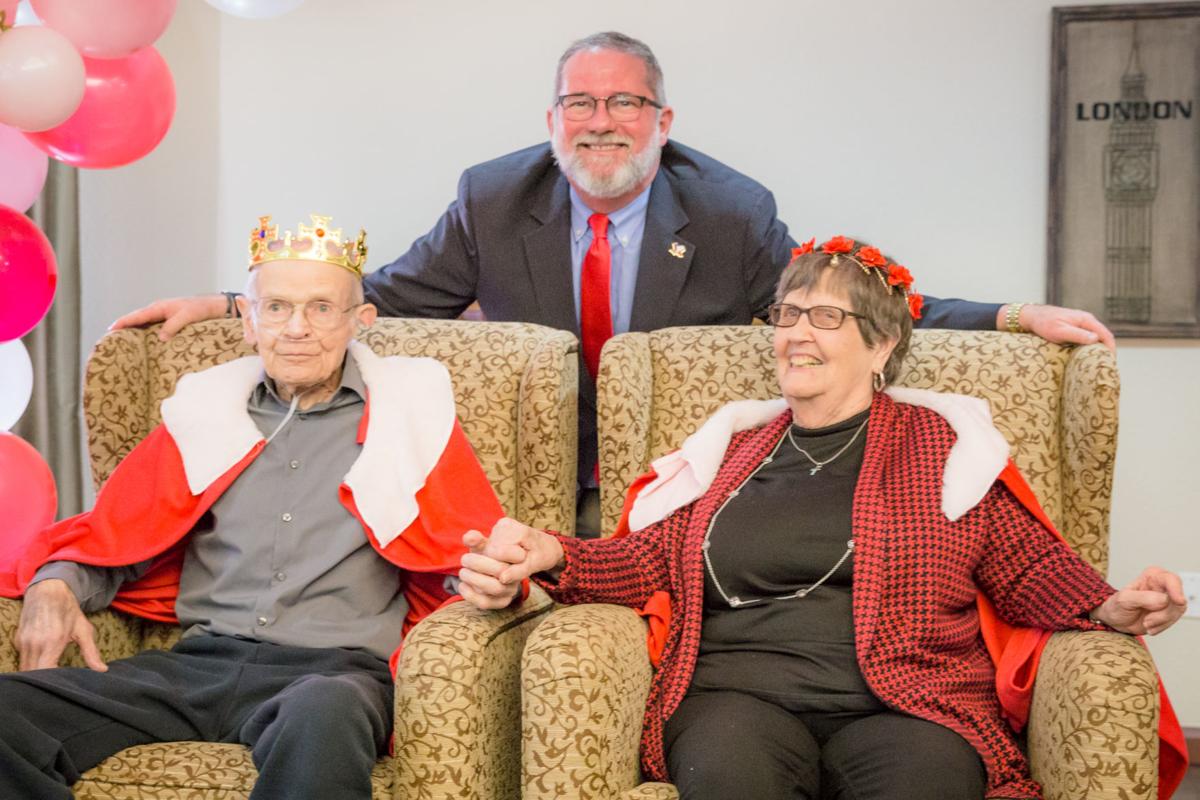 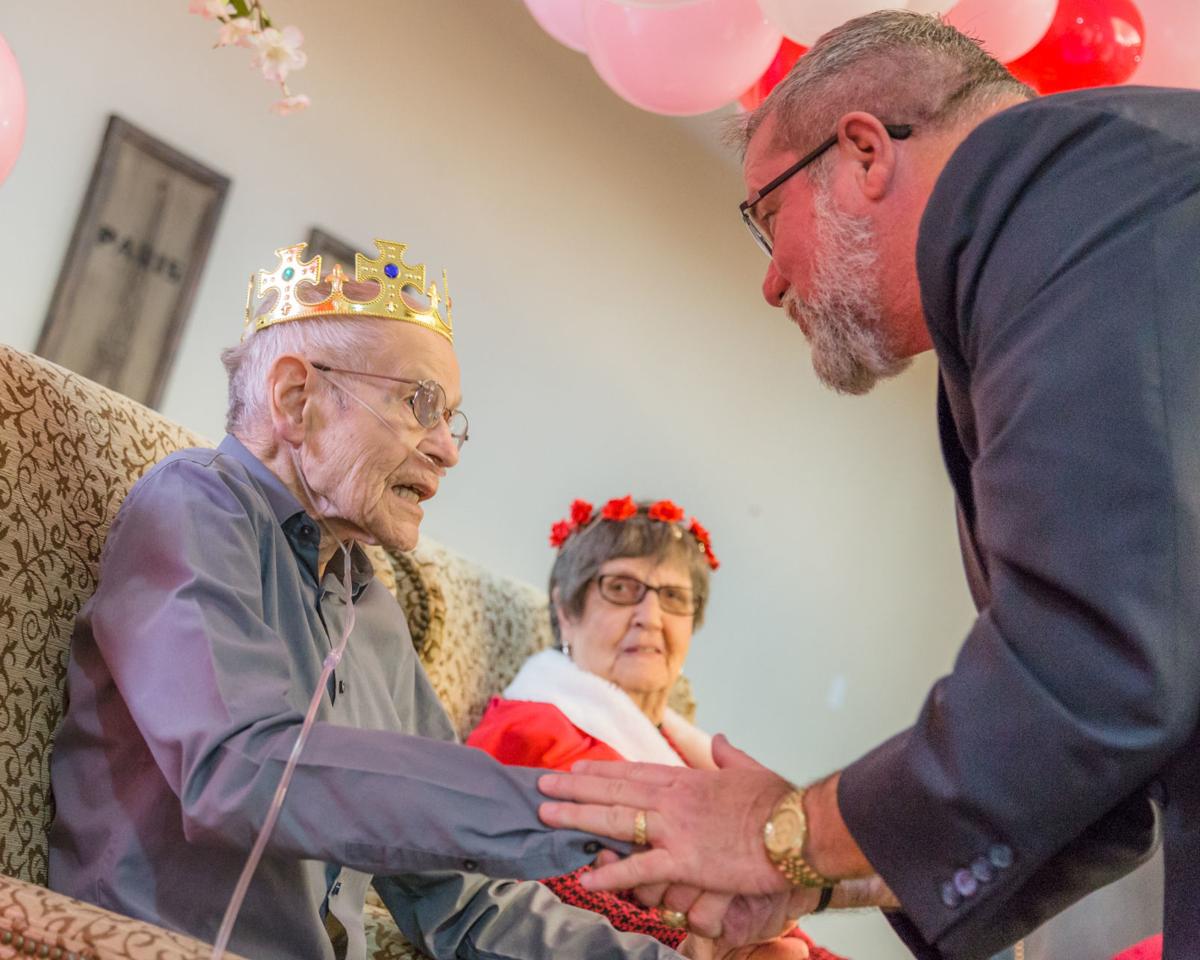 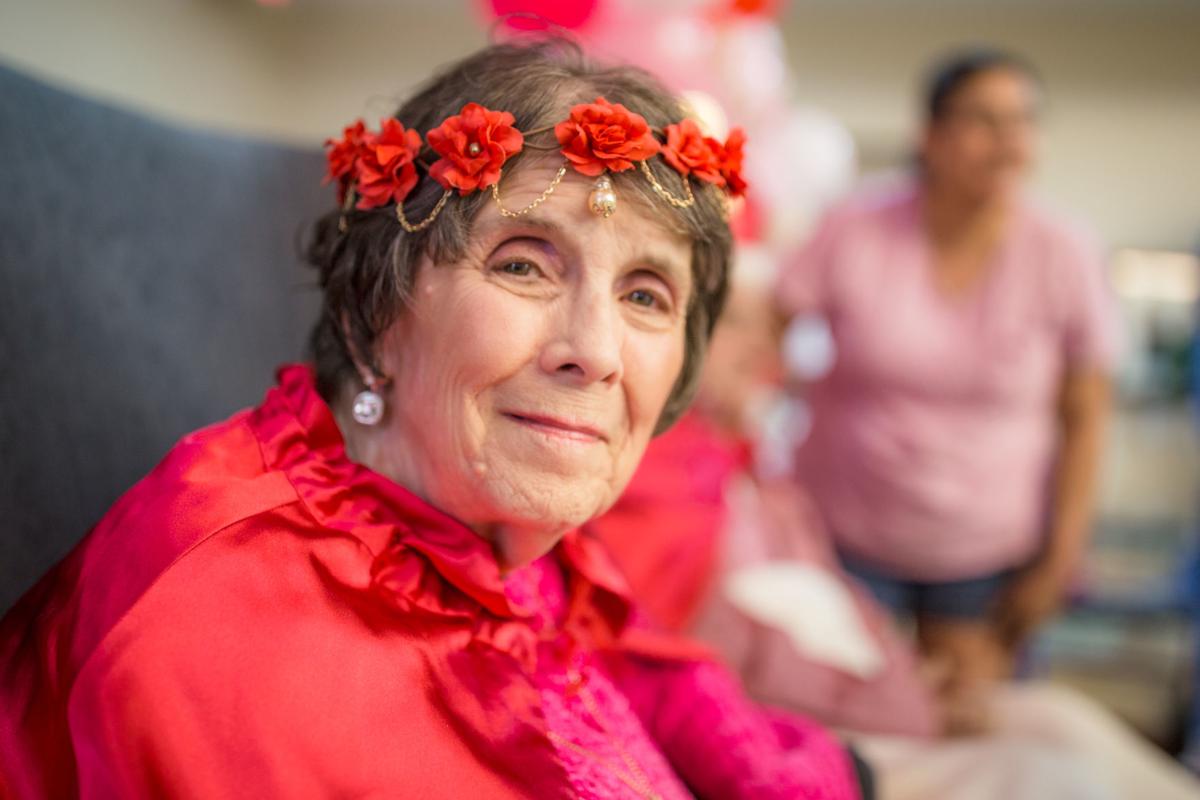 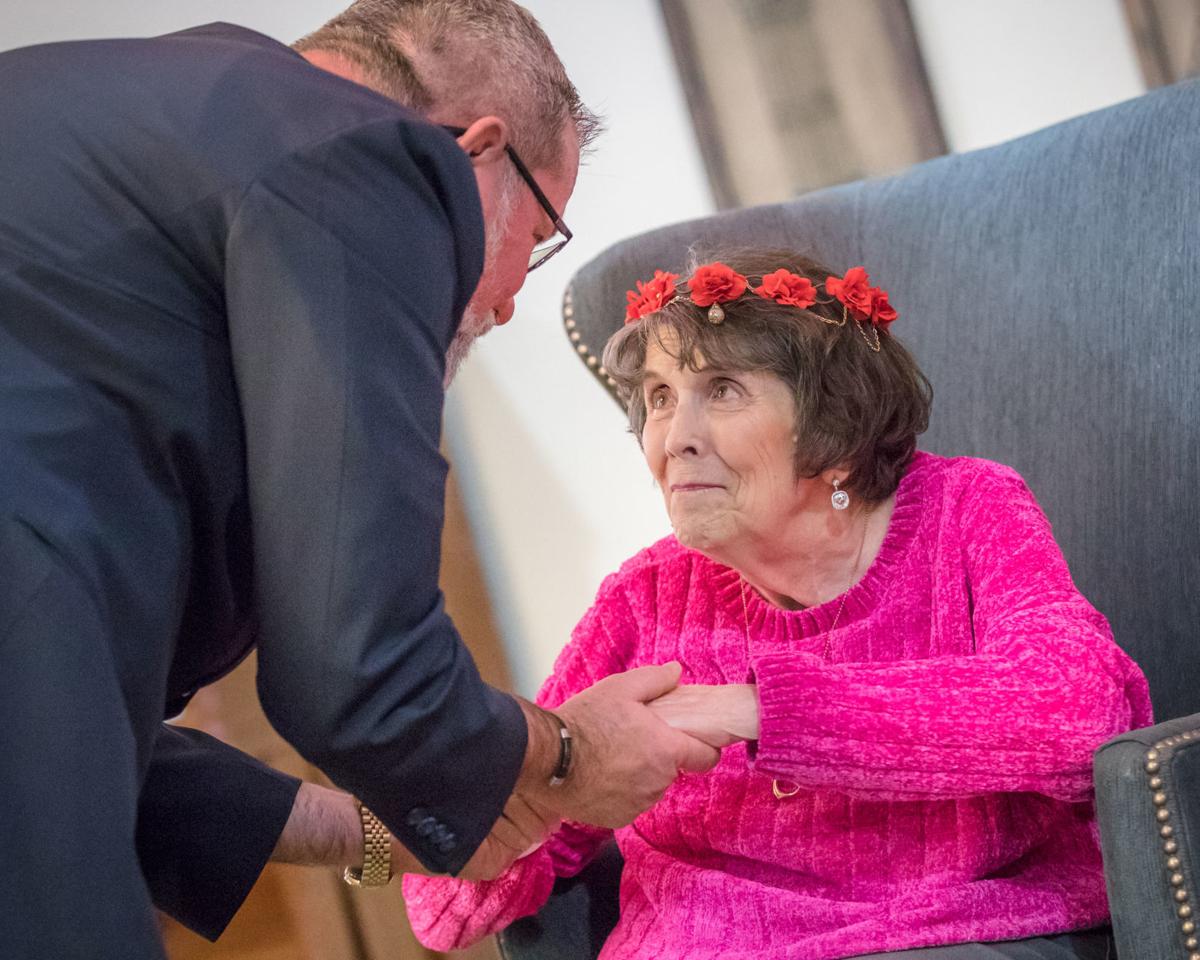 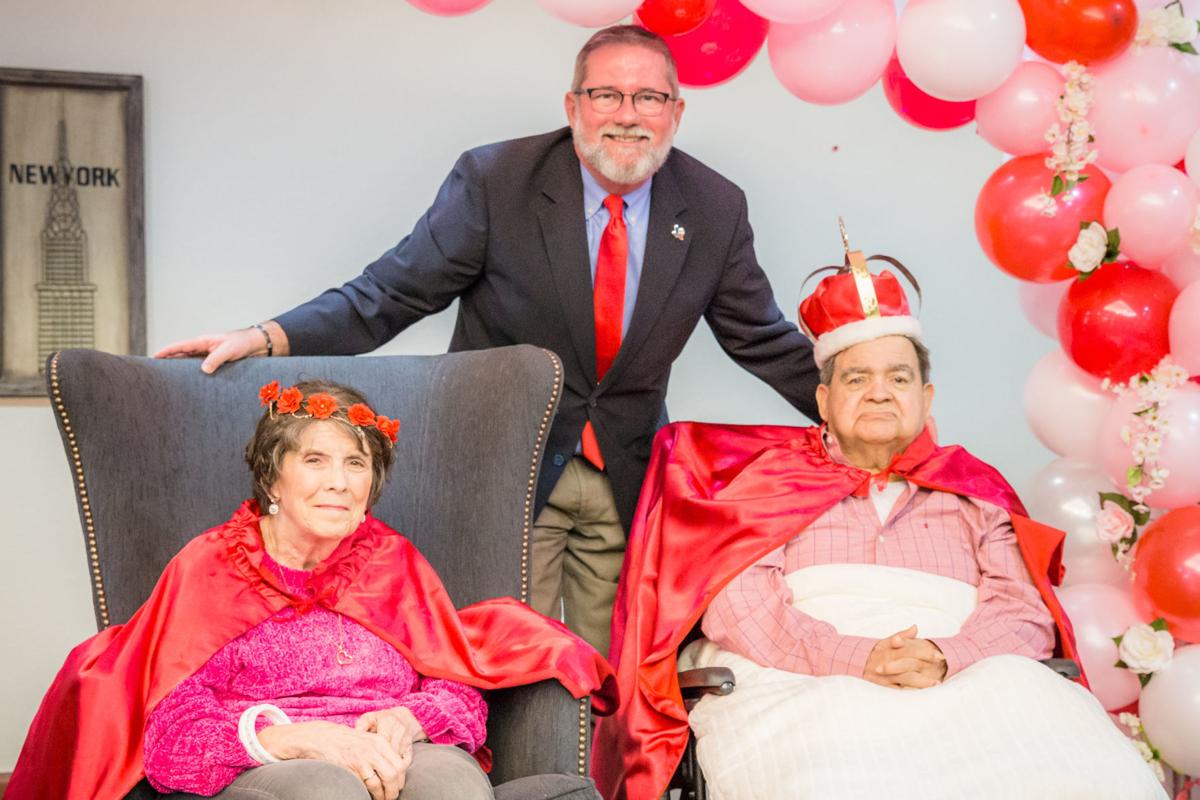 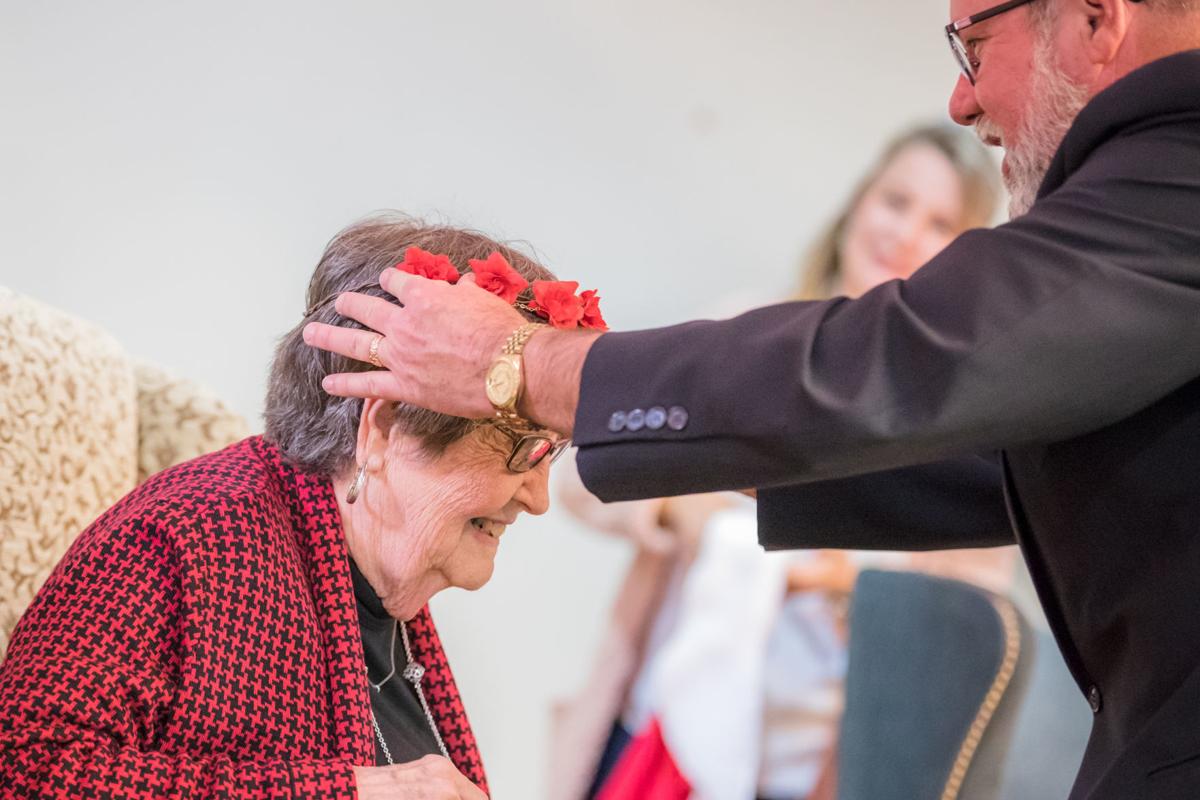 Swirls of pink and red balloons created an archway fit for a king — and queen — at the Country Village Care assisted-living facility Monday afternoon.

Four residents were crowned during the center’s Valentine’s Coronation Ceremony, which comes with more than just the title, Director Sara Richards said.

“Throughout the week, the individuals who were selected will get to wear their crowns to special events,” Richards said.

The ceremony is something the center has been honored to do for 36 years now, Richards said.

Creating an atmosphere of community and fun is something the facility’s staff strives to do daily for their residents, Activities Director Erica Maddox said.

The Valentine’s Coronation is one of the events everyone looks forward to, she said.

“Hear Ye! Hear Ye! These men and women before you have not only brought honor to themselves, but their families, others residents and staff,” Sebesta said.

A former NASA employee, Queen Annette Bedell was selected for her demeanor and reputation as “a true ray of sunshine,” Sebesta said.

Bedell formerly worked in administration at Brazosport College and enjoys outings, socializing and playing bingo in addition to sharing a plethora of stories about the first man on the moon.

Watching scary movies, cooking for friends and teaching everyone to speak Spanish are just a few reasons why Boling native Reynaldo Garza was honored as a king during the afternoon’s ceremony.

Garza smiled and whispered “thank you” after being crowned by Maddox.

Hailed as one of the facility’s most active residents, Barbara Foley was selected as the second queen of the day.

Foley worked for Angleton ISD as a secretary for many years, Sebesta said. She loves crafts and attending socials in addition to visiting with residents and staff, he said.

A former Army veteran and engineer, the second king crowned during the ceremony was Carl Wagner Jr.

Wagner loves to use the facility’s gym, where he can be found most afternoons, Sebesta said.

“This year’s king always has a big, bright smile on his face and enjoys visiting with anyone,” Sebesta said.

With a red- and white-frosted cake, the center’s newly crowned royalty along with their peers celebrated the day’s event.

“I think it’s so important, with this being their home away from home, that we do celebrate all the holidays throughout the year,” Richards said. “The staff votes, residents vote — it’s such an honor, and they all get to do these fun things throughout the week.”