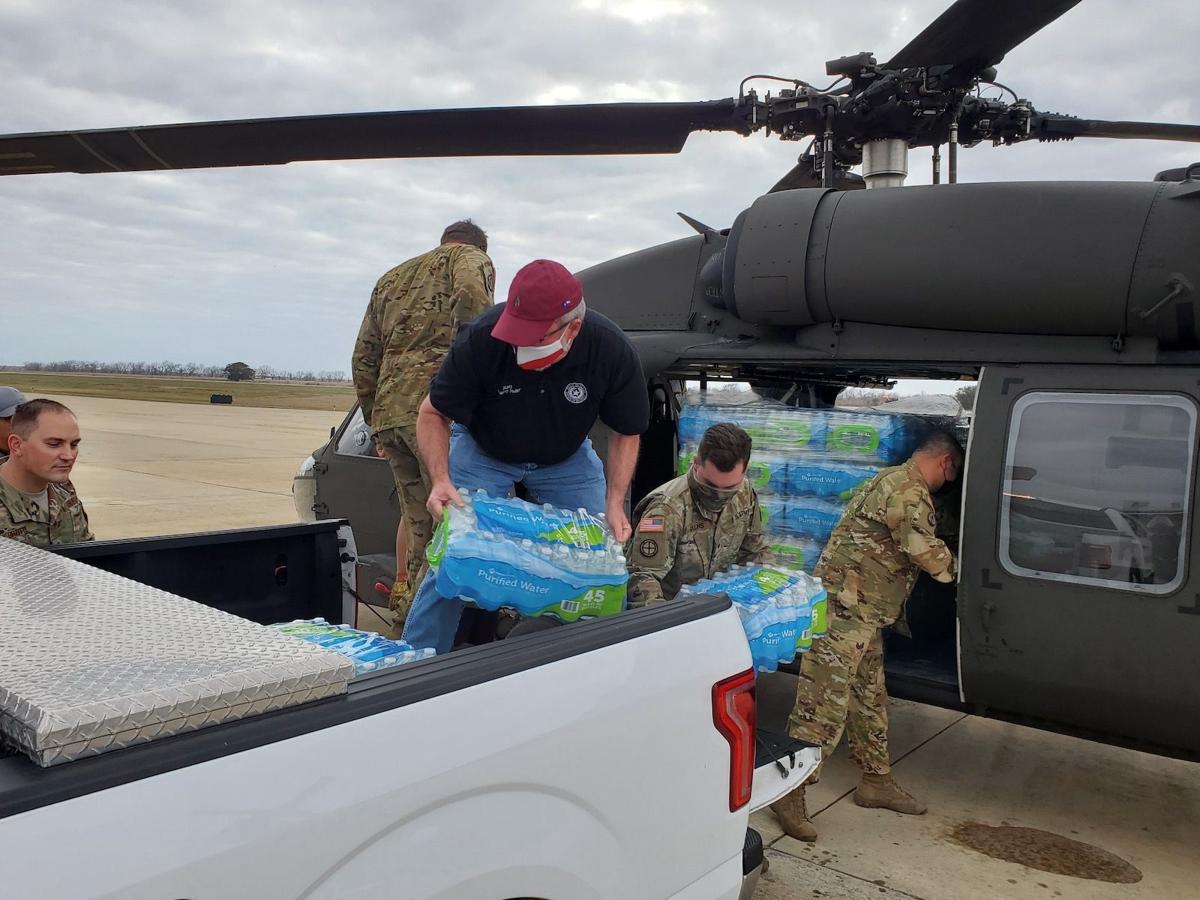 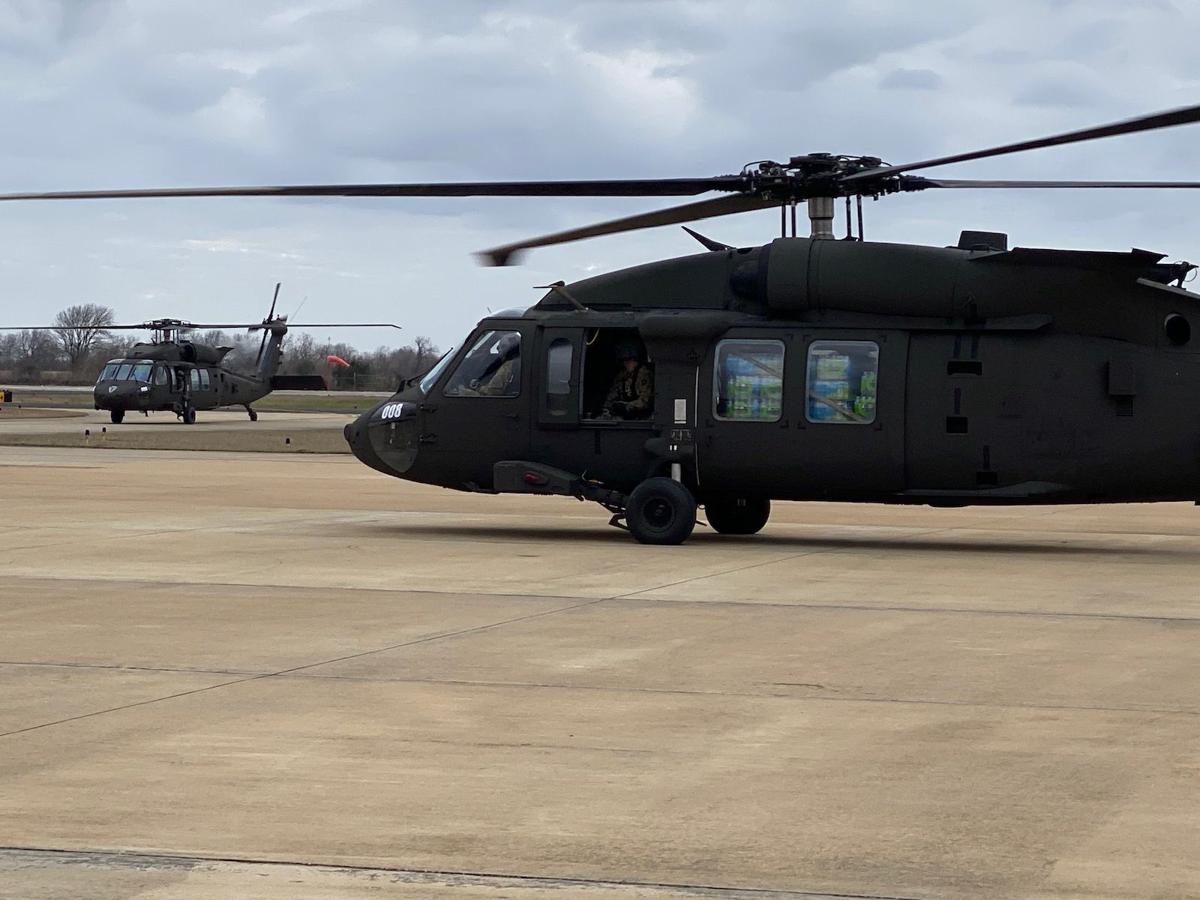 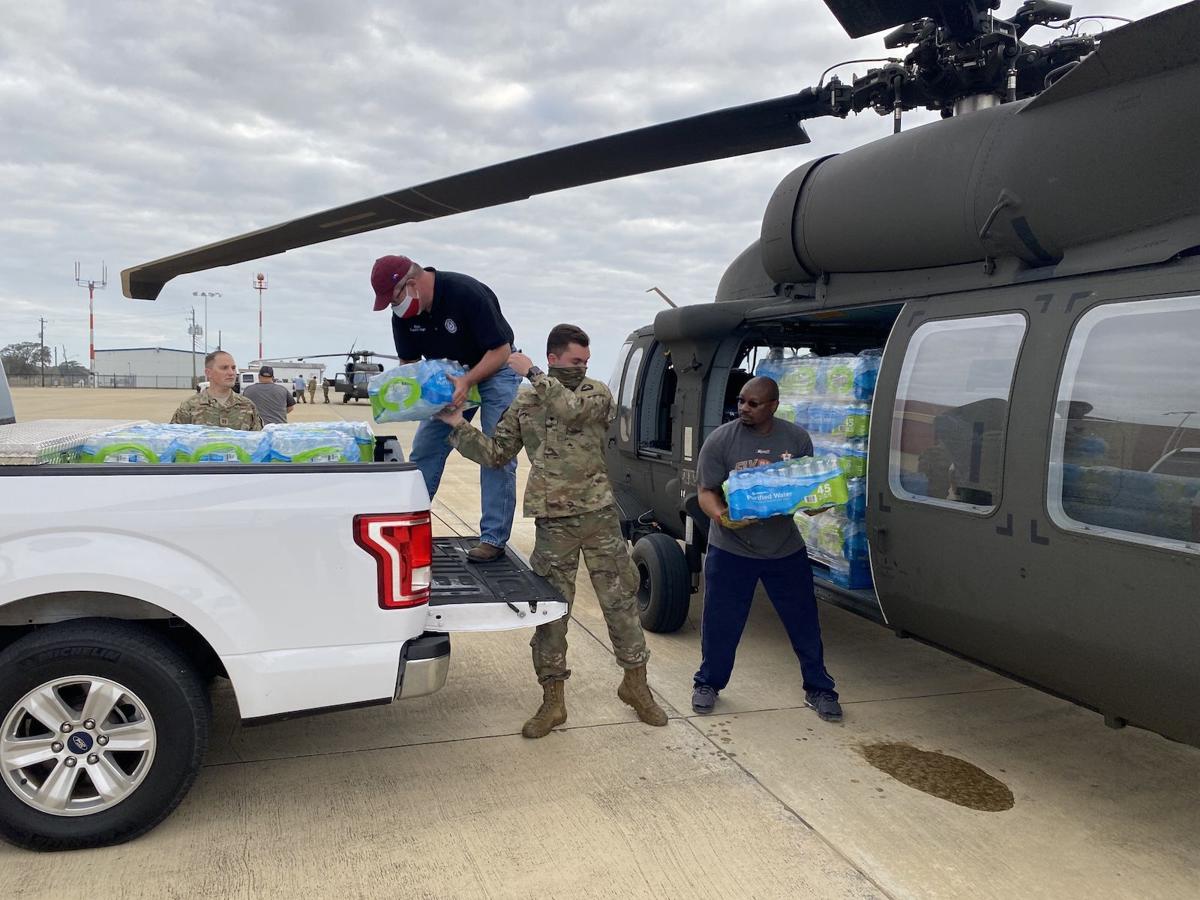 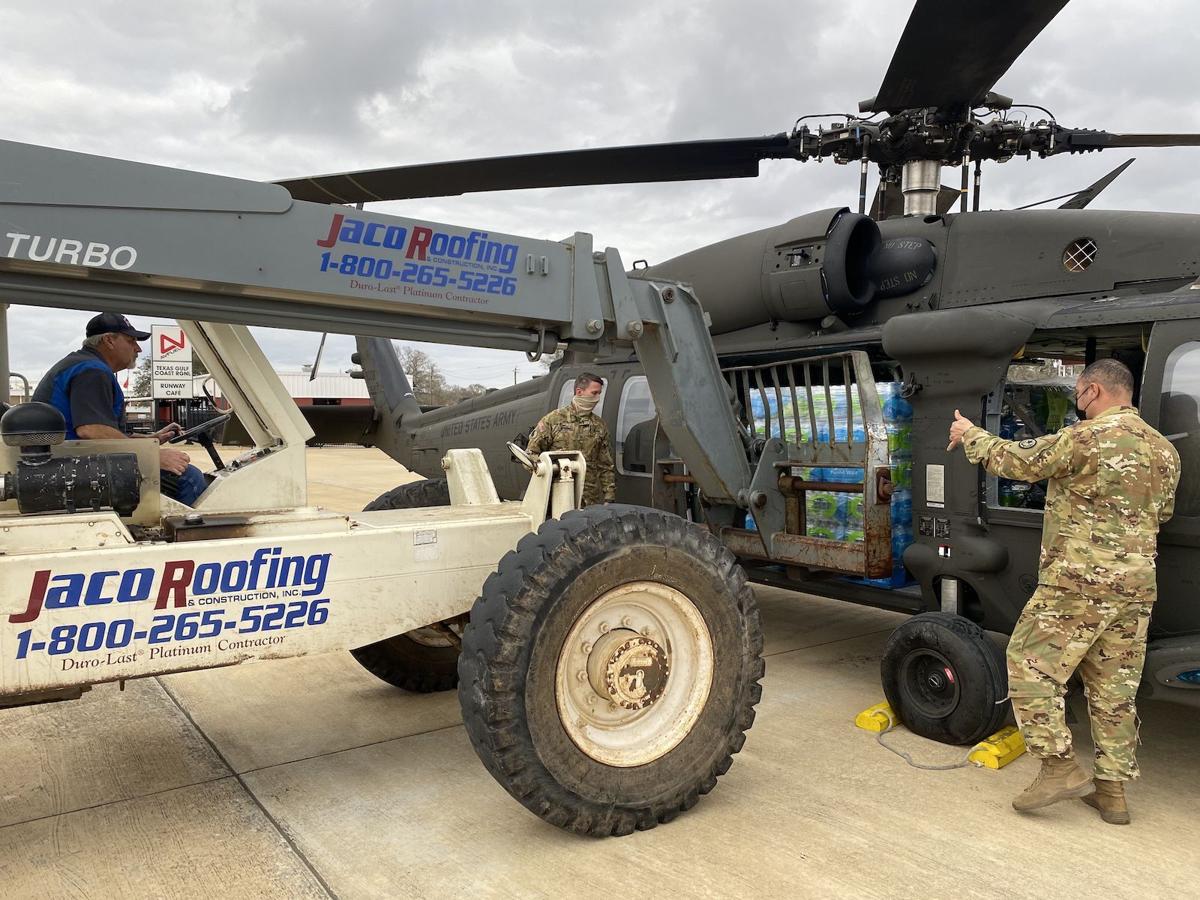 A pallet containing bottled water, delivered by the National Guard, is unloaded from a Black Hawk military helicopter Sunday afternoon at the Brazoria County Airport. “A huge thank you to Jaco Roofing for supplying the forklift,” Brazoria County Judge Matt Sebesta said.

A pallet containing bottled water, delivered by the National Guard, is unloaded from a Black Hawk military helicopter Sunday afternoon at the Brazoria County Airport. “A huge thank you to Jaco Roofing for supplying the forklift,” Brazoria County Judge Matt Sebesta said.

Brazoria County officials have requested close to 900 pallets of water from the state of Texas, but have received about 100. Every one of those has gone to help local residents in need.

“Once we get the water we are distributing it to the cities that have needs for it,” County Judge Matt Sebesta said Sunday afternoon.

In many instances, the water distributed by local municipalities to residents has come from the county, which received the water from FEMA through the state, Sebesta said. Private donors have also given water, including MEGlobal, CenterPoint and Astros third baseman Alex Bregman’s foundation BregmanCares, he said.

County officials have doled out water to Pearland, Angleton, Danbury, Holiday Lakes, Surfside, Sweeny and other municipalities, as well as ActionS, Inc. for senior citizens, he said. The City of Freeport was able to pick up about 20 pallets of water directly from a Houston warehouse Saturday, as was Pearland, while another 10 pallets were transported to Angleton, he said.

They’re focusing on cities with the most need, he said.

“We’ve been working with the cities each and every day throughout the day out of our emergency operations center to meet the needs they have,” he said. “The need is going down as these water systems come back up.”

The county water lab has been testing each city’s water system to let them know whether boil order notices can be lifted, Sebesta said. Each municipality faces its own set of challenges to restore water systems to normal operations, though in some cities, including Alvin, Manvel and Danbury, the water system never had any issues, he said.

Once a public water system loses pressure, there’s the potential to siphon unclean water into the system and the city must go through a process mandated by the Texas Committee on Environmental Quality to make sure its water is safe for public consumption, he said.

“They have to get it back up to pressure, flush their lines and get it tested for bacteria to make sure water system is clean,” Sebesta said.

Meanwhile, county officials will continue to distribute water, and more is on the way, he said. Two Black Hawk military helicopters landed at the Brazoria County airport at 4:30 p.m. Sunday, each bringing two and a half pallets of bottled water for county residents. An additional Chinook helicopter landed at 5:15 p.m., bringing in six more pallets.

The City of Clute lifted its boil notice Sunday afternoon, according to a news release shared on city’s office of emergency management Facebook page.

A certificate of delivery of notice to customers from the Texas Commission on Environmental Quality indicates sufficient water pressure is maintained throughout the city’s delivery system; affected areas have been thoroughly flushed and adequate chlorine residual levels are maintained throughout; and microbiological samples from representative sites in the distribution system have tested negative for coliform organisms.

“Laboratory test results … indicate that the water no longer requires boiling prior to use,” the release states.

Lake Jackson its notice Saturday, while Freeport and Angleton lifted theirs Sunday afternoon.