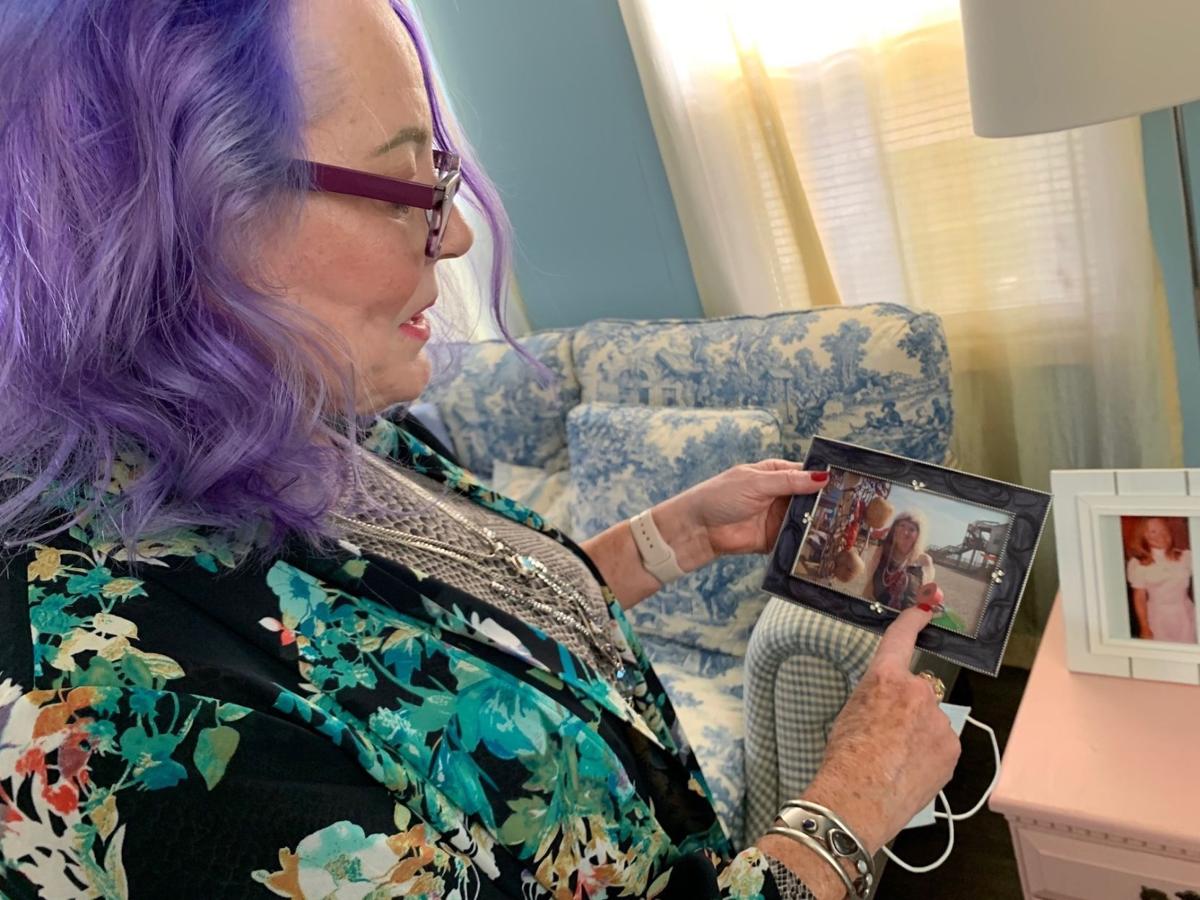 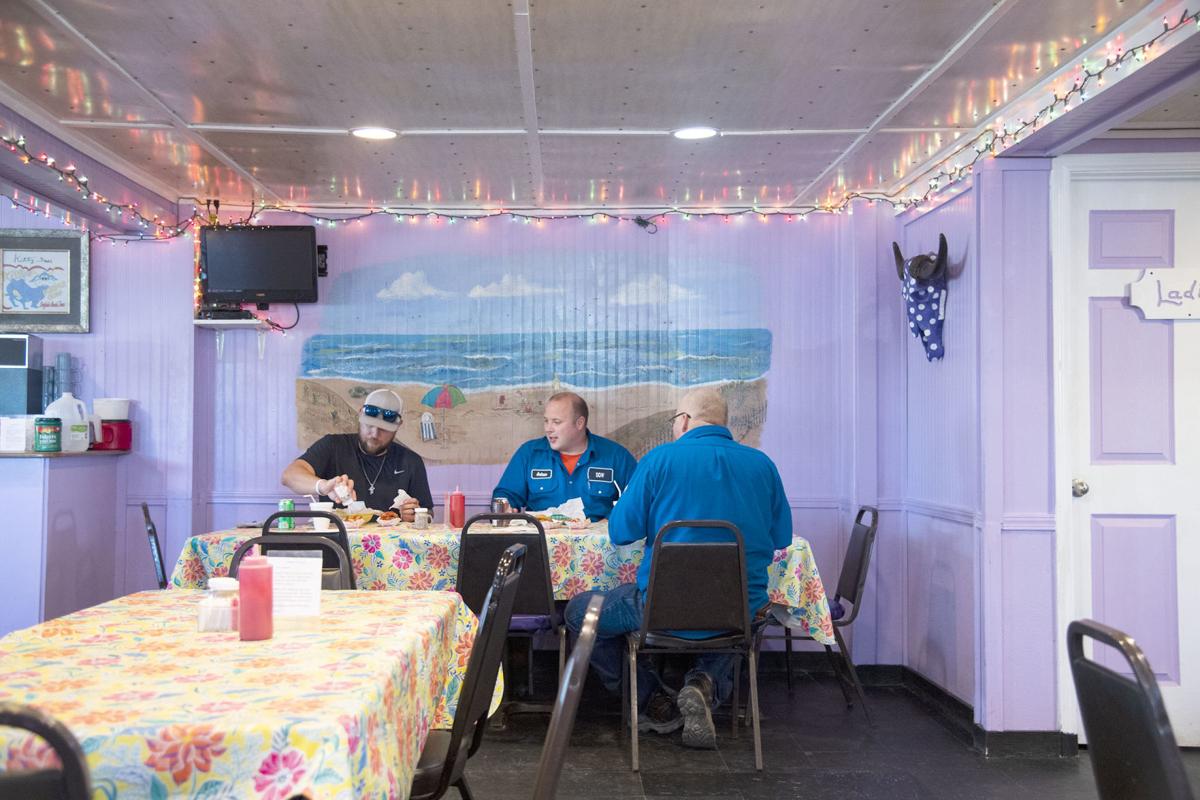 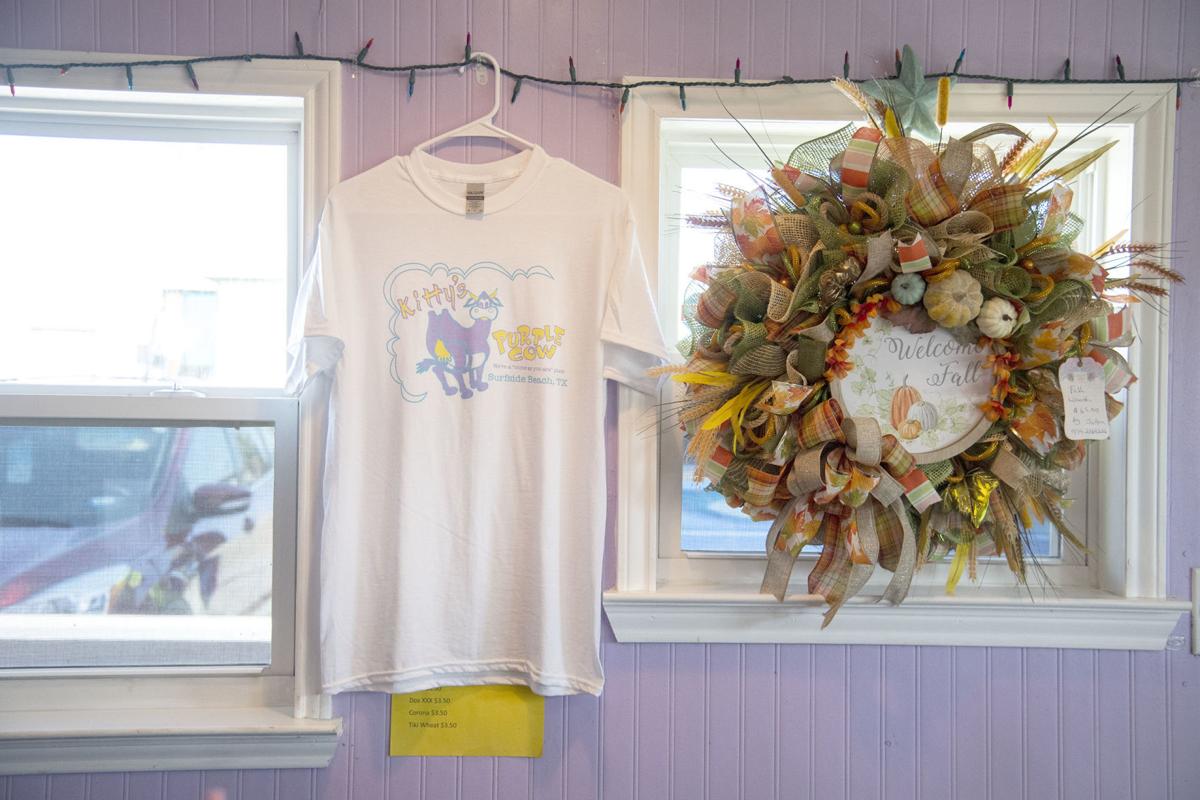 A Kitty's Purple Cow shirt hangs on the wall at the restaurant in Surfside Beach on Friday. The Purple Cow officially closes next Wednesday. 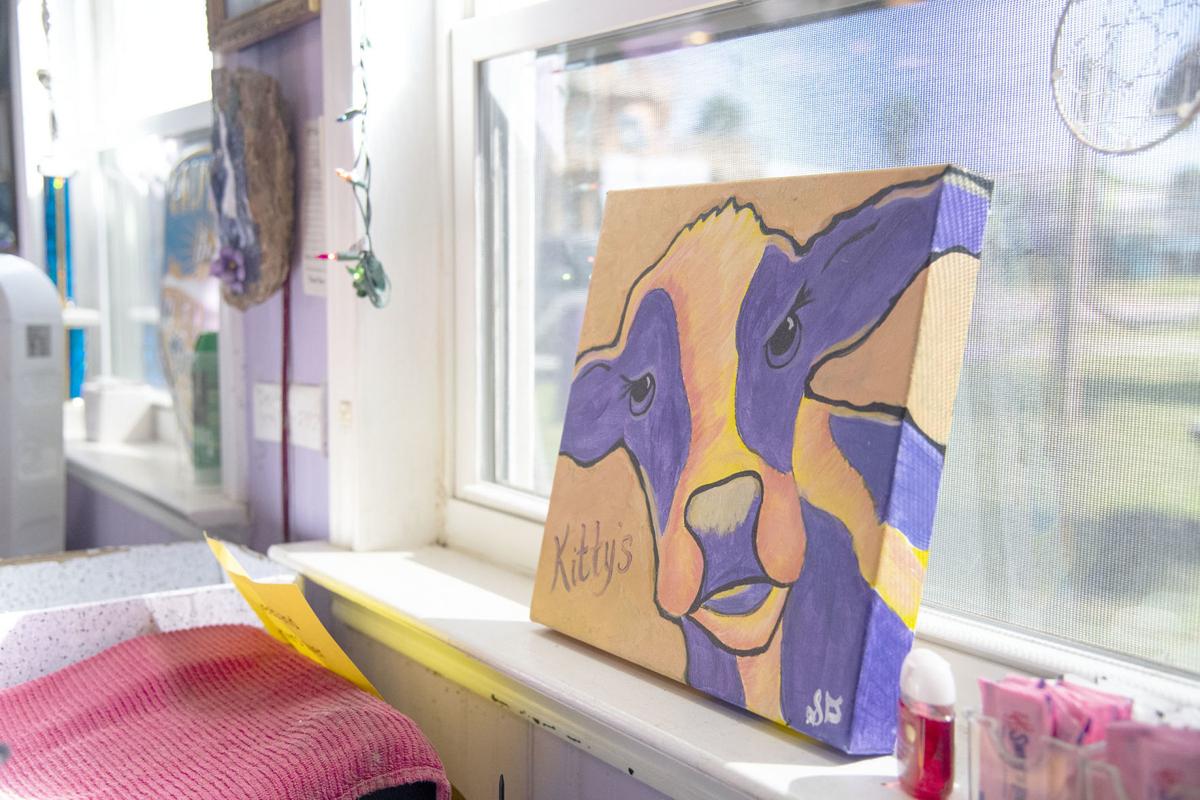 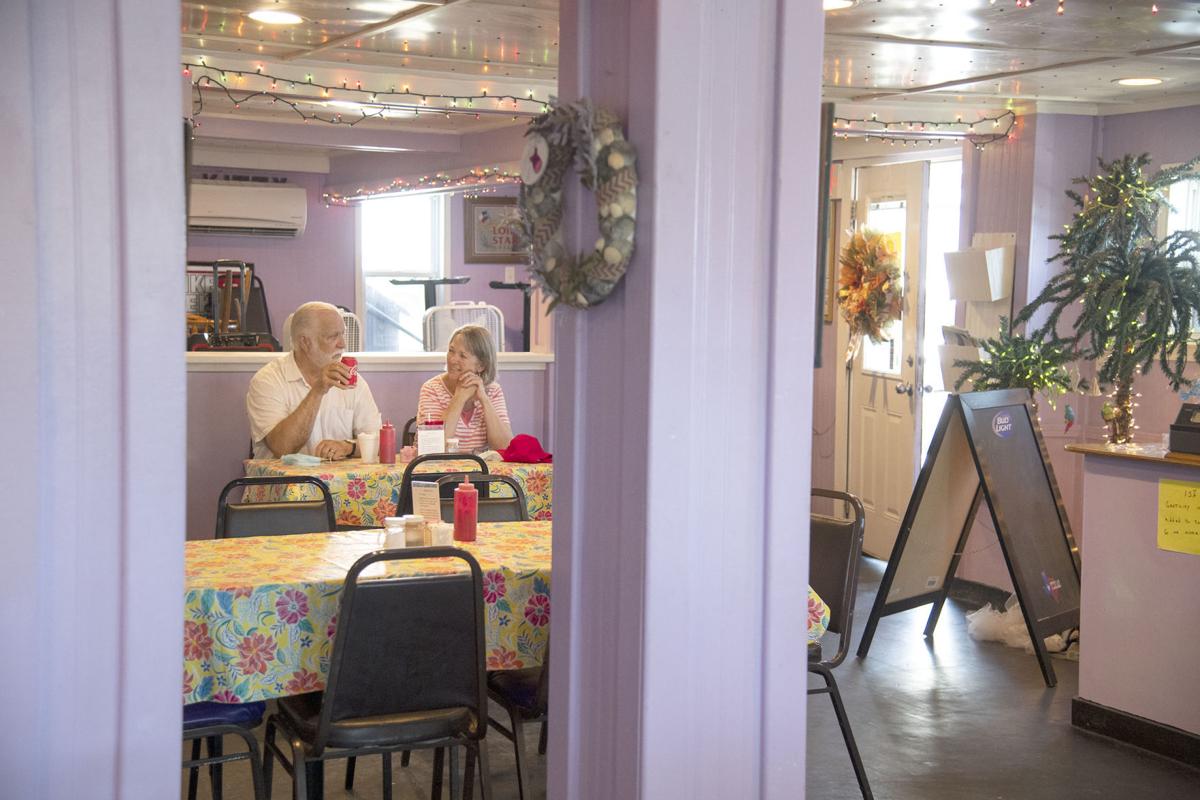 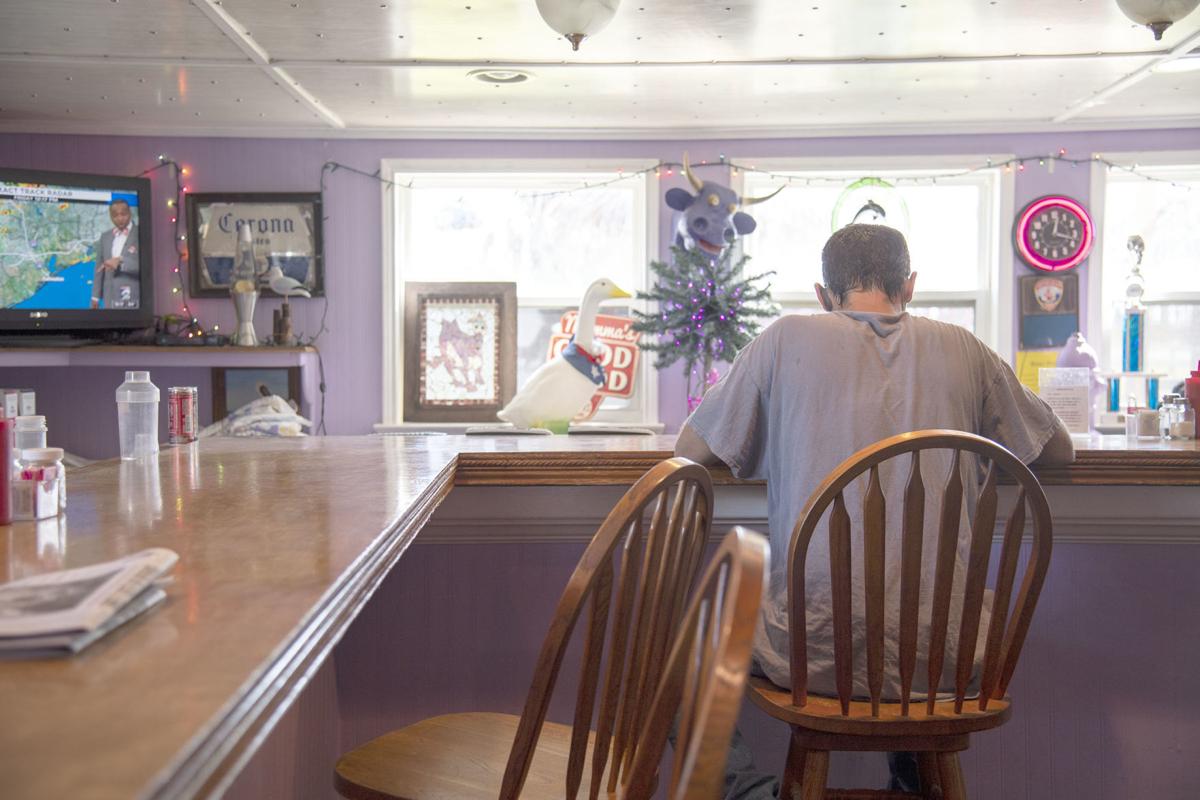 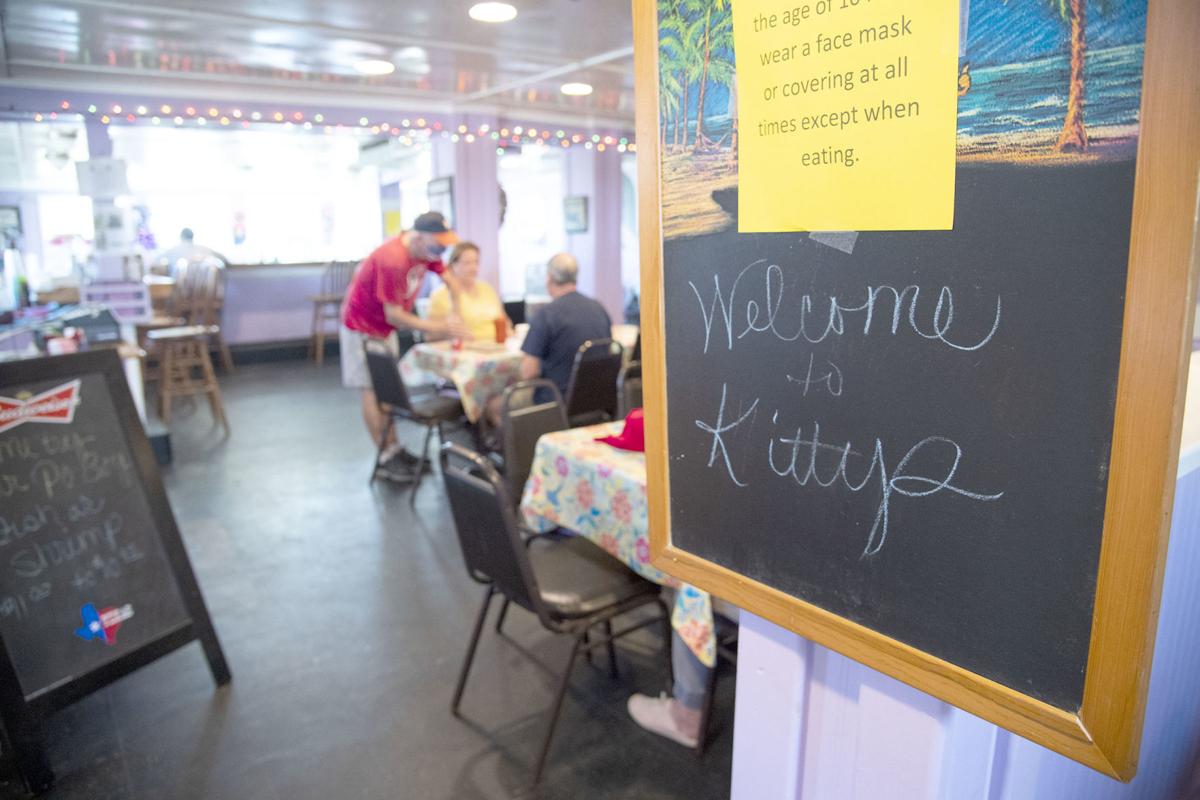 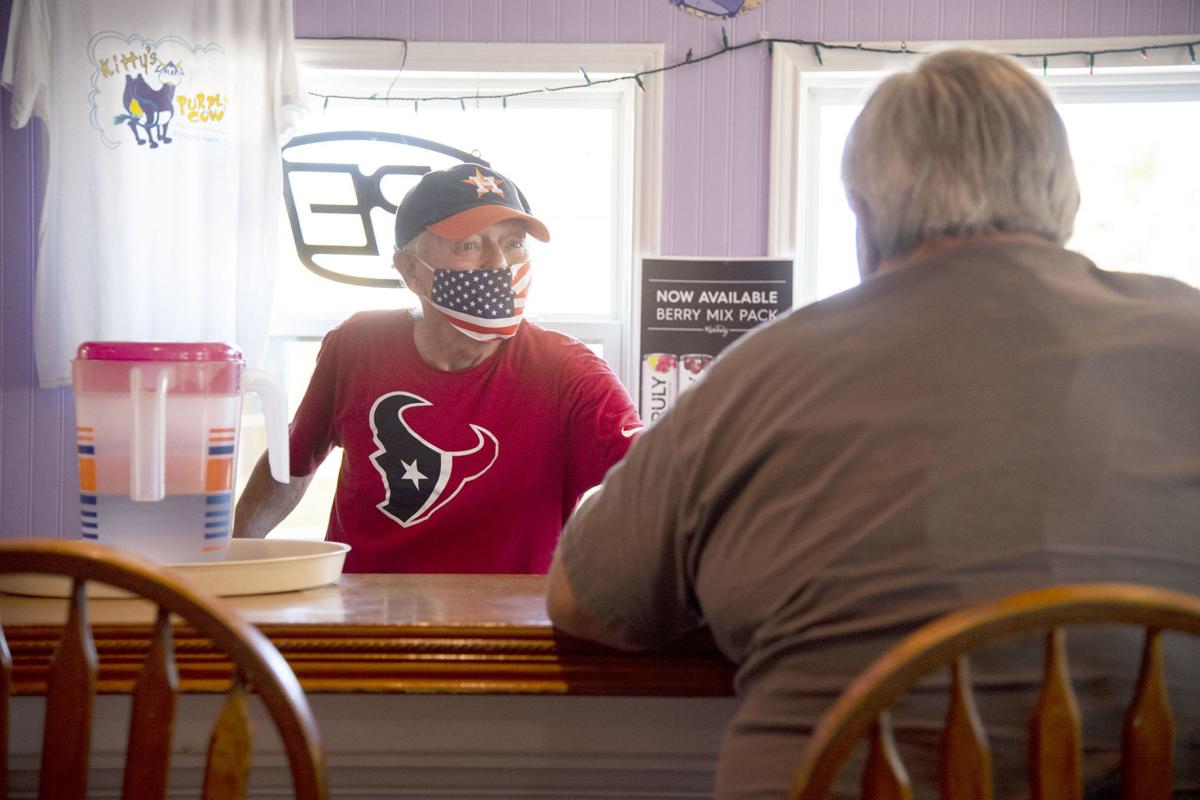 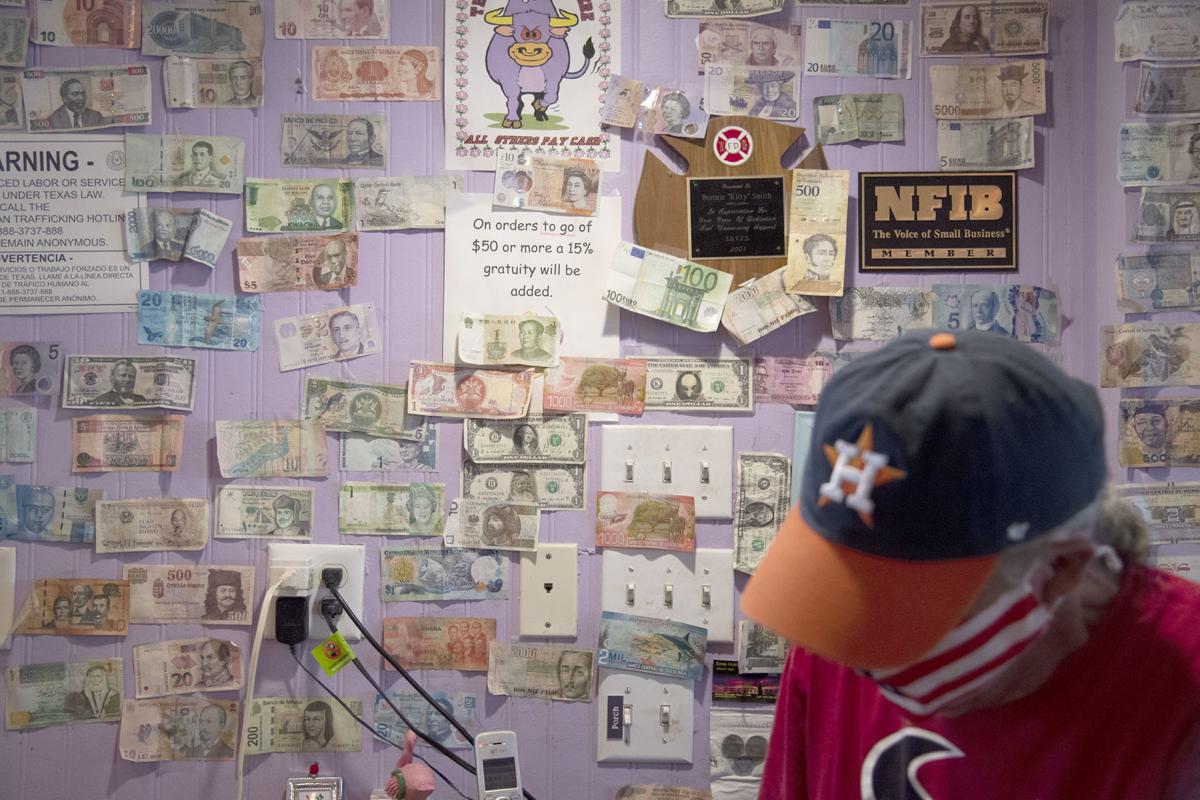 Currency from all over the world hang on the wall Friday at Kitty’s Purple Cow in Surfside. 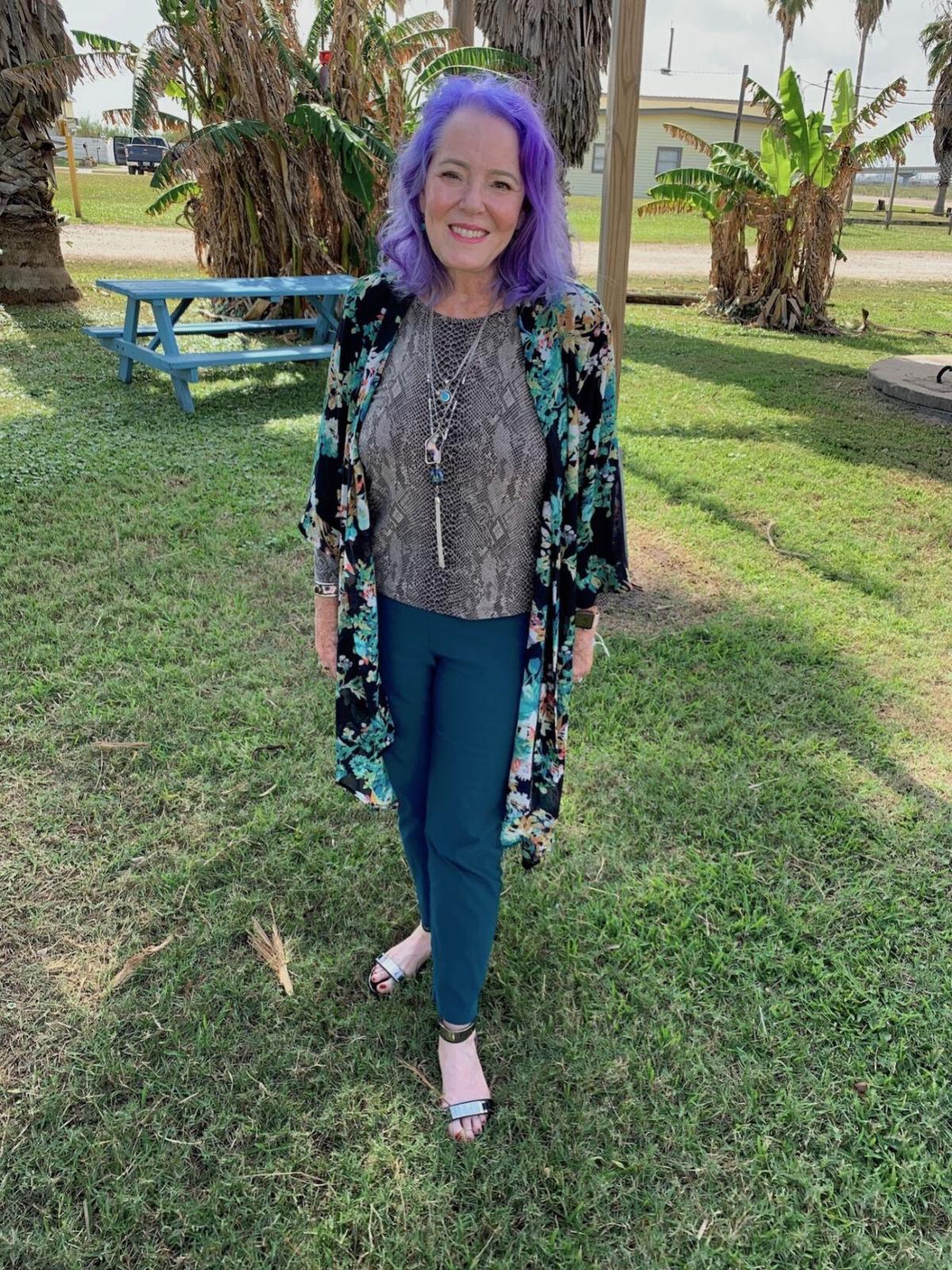 Carla Dowell poses outside Kitty’s Purple Cow in Surfside Beach on Friday. She has been operating the restaurant for about three years since the death of her mother, Miss Kitty Smith. 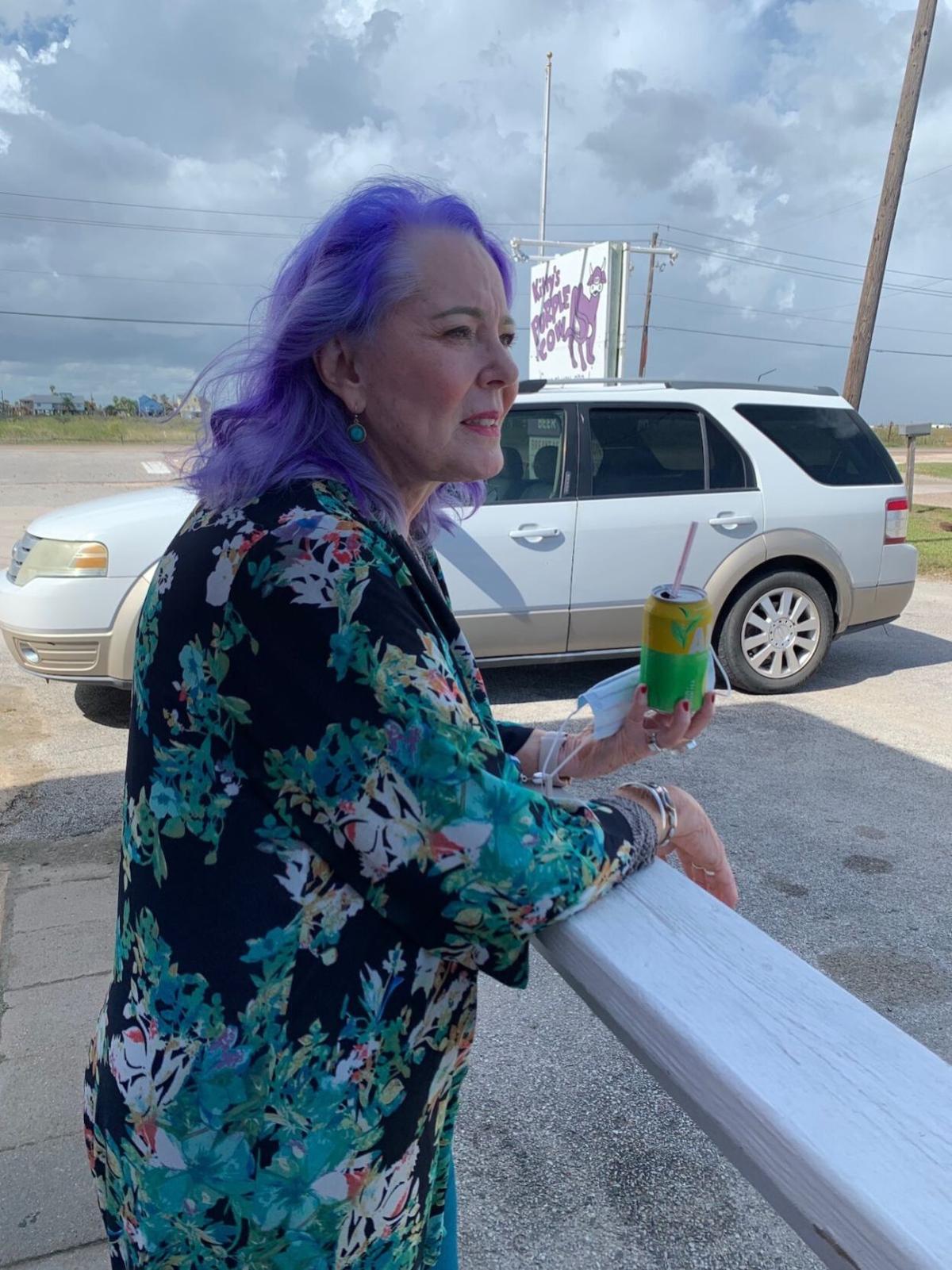 A Kitty's Purple Cow shirt hangs on the wall at the restaurant in Surfside Beach on Friday. The Purple Cow officially closes next Wednesday.

Currency from all over the world hang on the wall Friday at Kitty’s Purple Cow in Surfside.

Carla Dowell poses outside Kitty’s Purple Cow in Surfside Beach on Friday. She has been operating the restaurant for about three years since the death of her mother, Miss Kitty Smith.

F or l ocals and visitors, the closure of Kitty’s Purple Cow in Surfside Beach will be losing a monumental part of the island. For Carla Dowell, it’s letting another piece of her mother go.

“It’s just not the same without my mom,” Dowell said.

Dec. 1 will make three years since Bonnie “Kitty” Smith died at 87. Dowell has owned and operated the restaurant since, but it will permanently close at 7 p.m. Wednesday after 38 years.

Dowell felt her mother’s spirit slipping out of the building, where she used to live upstairs, and wants to spend more time with her grandchildren. It was always her mother’s plan to have Dowell sell the restaurant after Kitty passed, but it took a while for Dowell to let go. Dowell also drove Kitty’s car for about a year before selling it.

“Miss Kitty would be proud of what she’s done,” friend Brenda O’Bannon said of Dowell.

But Kitty’s Purple Cow will be greatly missed, she said.

“It’s such a landmark and it’s like she was an icon,” O’Bannon said.

Someone is buying Kitty’s Purple Cow and will shut it down to remodel it, Dowell said. When it reopens, it will not have the same name, she said.

Katlyn Janicki of Sugar Land is 24 and her family bought a beach house in 1998, meaning she has been eating at Kitty’s Purple Cow for as long as she can remember. The Janicki family drove down Friday afternoon just to eat at the restaurant one last time.

Katlyn remembers the picture in the bathroom that set off a buzzer if anyone lifted up a panel positioned under a man’s bare torso.

“I think our parents sent us in there to go look,” she said. When she walked out, the entire restaurant would be laughing.

Dowell will offer the picture to the buyer but doesn’t know what will happen to it.

Katlyn’s mother, Heather Janicki, remembers Miss Kitty always being in the restaurant, welcoming people as they were. The restaurant’s motto is “no shoes, no shirt, no sweat.”

“We were always sunburned, sandy and ready to eat,” Heather said.

It will be strange to come to Surfside and not eat at Kitty’s, or even see the sign and purple building as they drive by, her daughter Alyssa Janicki said.

“I cried,” Heather said. “I never thought I would cry over a restaurant closing.”

The family also remembers finding out when Miss Kitty died.

“Nobody did not like her,” O’Bannon said. “She truly was one of a kind.”

But of course, if anyone was hungry, Miss Kitty would just bake them another, O’Bannon said.

“She was one of the most, if not the most giving person to every single business and person in Surfside,” O’Bannon said.

“If they ran out of pickles, they knew to come to Miss Kitty,” she said.

She was “little bitty,” at about 5 feet and 100 pounds, but so full of character, Dowell said.

“I’m so filled with gratitude for much people love my mom and this little hole in the wall,” she said.

The closure will not erase the memory.

“We’ll always keep Miss Kitty alive in our hearts and in the island,” O’Bannon said. “If I ever had to rename Surfside, I would call it Kitty’s Place. Or Miss Kitty’s Island.”