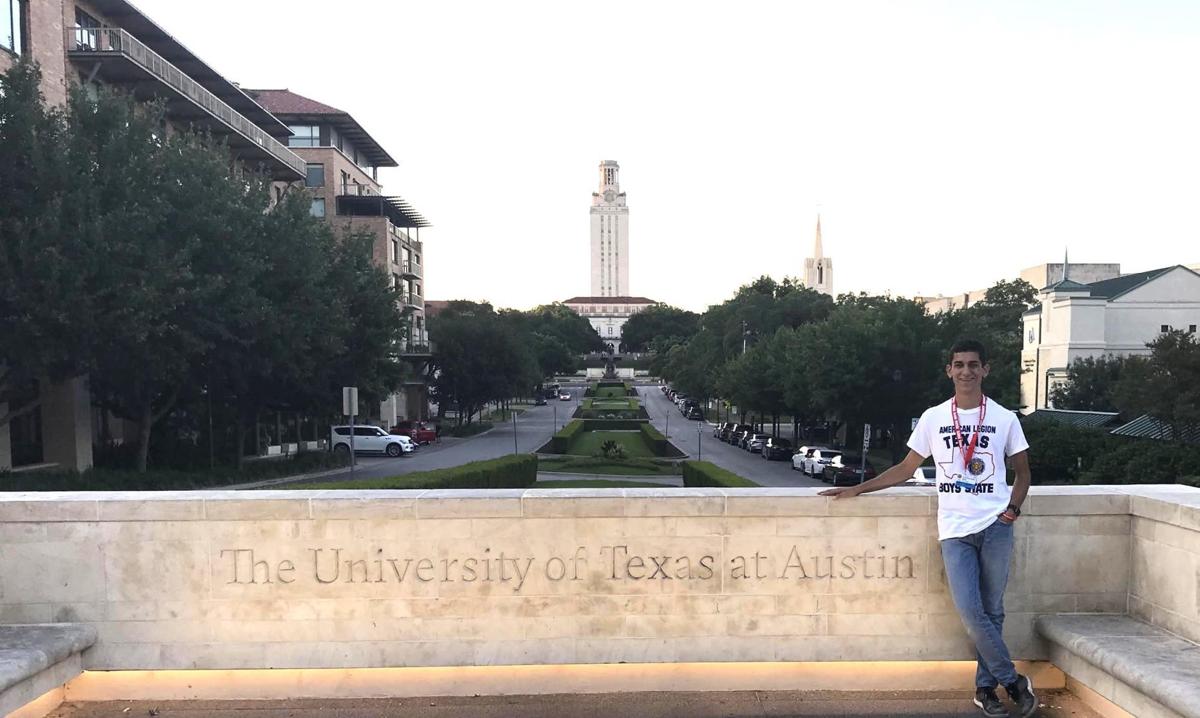 Kevin Vargas, 17, poses next to the University of Texas sign in Austin. Vargas, who attends Sweeny High School, felt privileged to be a part of the Texas Boys State program, he said. 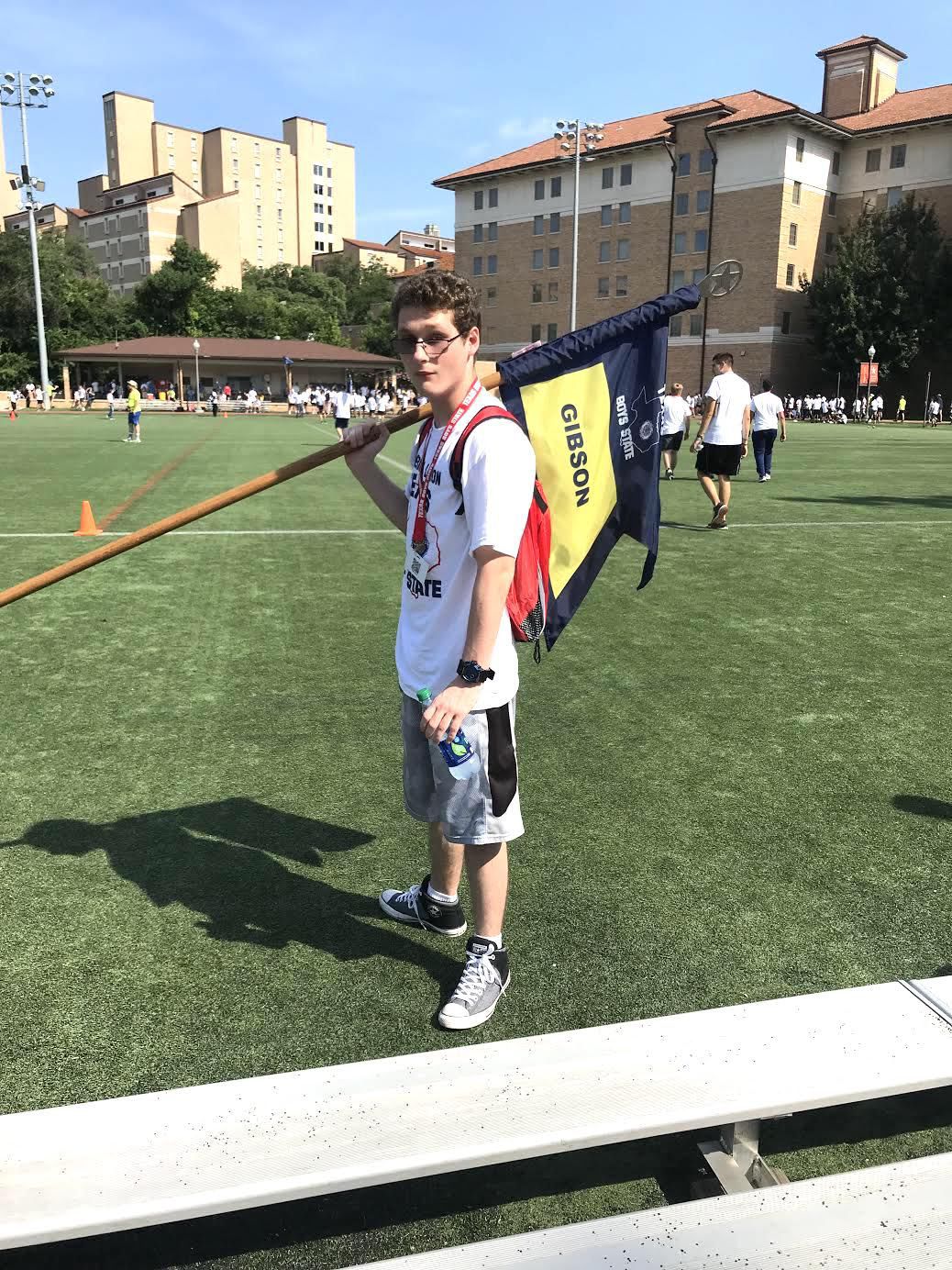 Reese Williams, 17, enjoys one of the several team-building activities at Boys State in Austin. 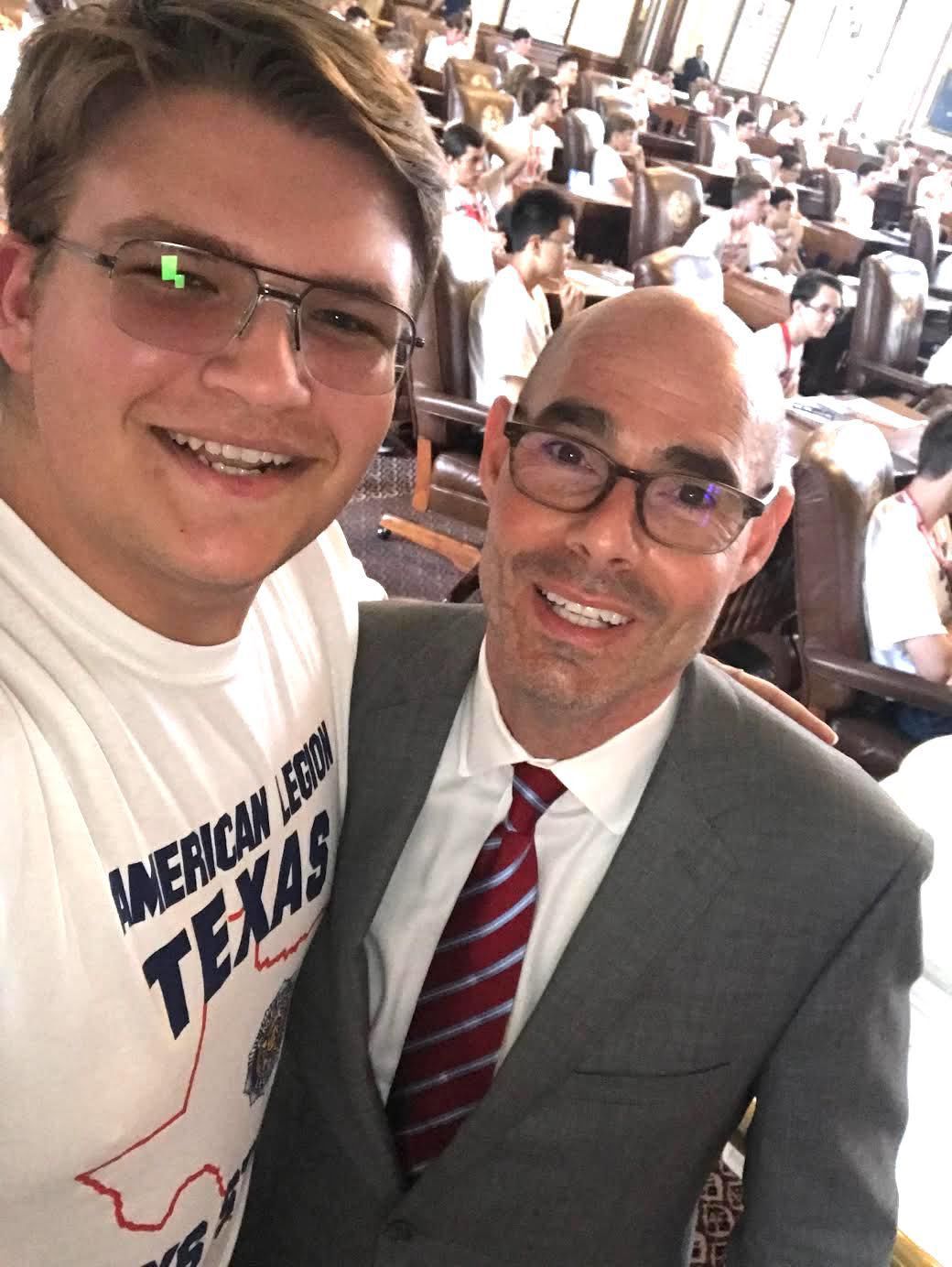 Matthew Brown, left, poses for a selfie with House Speaker Dennis Bonnen of Angleton while attending Texas Boys State. The speaker gave Brown a tour of the Texas Capitol building, he said. 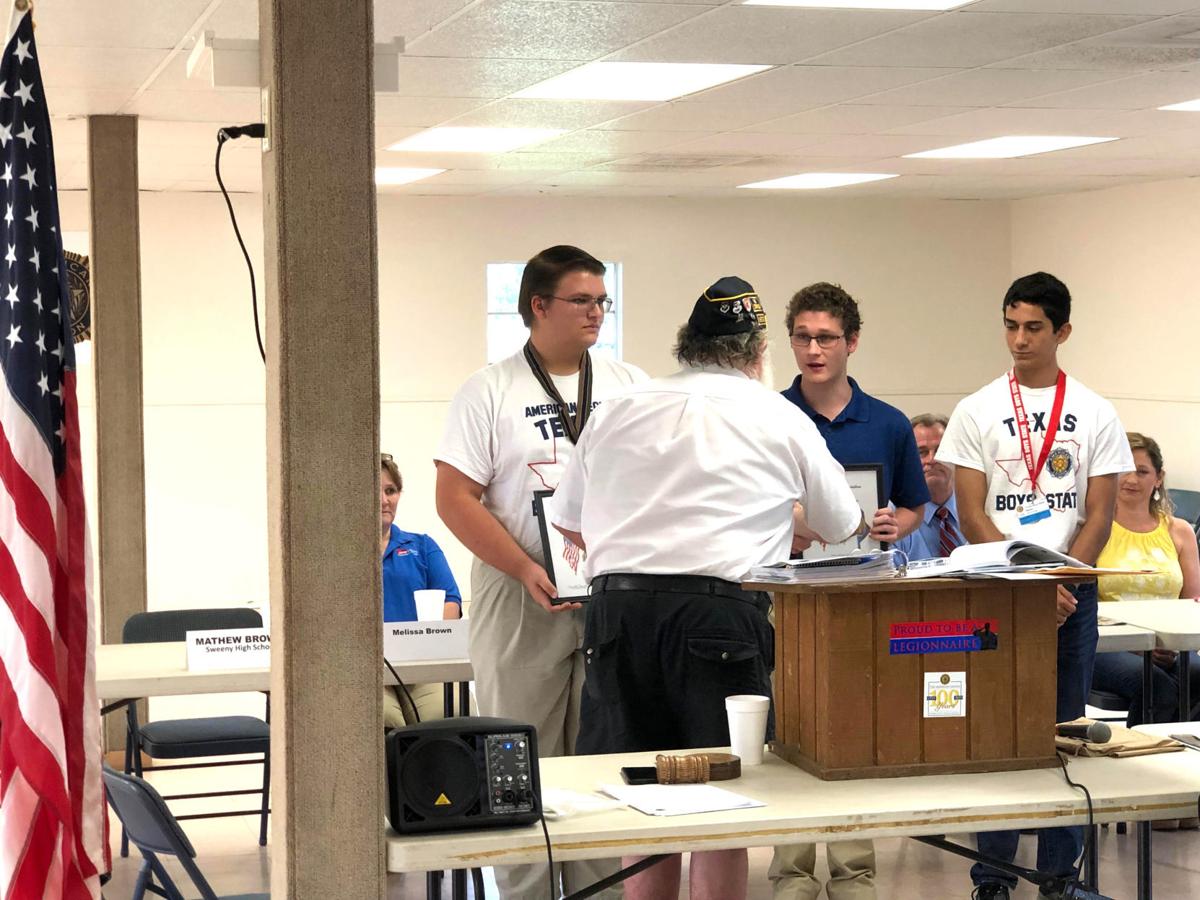 Kevin Vargas, 17, poses next to the University of Texas sign in Austin. Vargas, who attends Sweeny High School, felt privileged to be a part of the Texas Boys State program, he said.

Reese Williams, 17, enjoys one of the several team-building activities at Boys State in Austin.

Matthew Brown, left, poses for a selfie with House Speaker Dennis Bonnen of Angleton while attending Texas Boys State. The speaker gave Brown a tour of the Texas Capitol building, he said.

It’s not every day you meet House Speaker Dennis Bonnen, let alone have him take you on a tour of the Texas Capitol, but a group of lucky teenagers were treated to that experience and more as part of the Boys State program.

For more than 75 years, the American Legion-sponsored Texas Boys State program has educated future leaders about government, civics and patriotism in a “learn-by- doing” environment.

Attendees were selected by local Legion posts from among nominated high school juniors. Matthew Brown, Kevin Vargas and Reese Williams represented James Anderson Legion Post 561 among the roughly 1,100 delegates at the University of Texas at Austin the week of June 9.

Delegates were split into the fictional parties of the Nationalists and Federalists. Each party drafted party platforms, elected party officials, nominated candidates via primary elections and contested a general election against the rival party. Those elected to the House of Representatives and Senate spent the week drafting, debating and passing bills.

“I spoke with Dennis Bonnen for 45 minutes and he showed me a few things in the Capitol building,” he said. “Because I spoke to him he cut a meeting he was in short to come and speak to me and the elected House of Representatives. He even posted pictures of me on his social media. We also got to meet Sen, (John) Cornyn and the American Legion State Commander (Lloyd) Buckmaster.”

He learned a lot more about how his government works, Brown said.

“You learn a lot about government and service to others,” he said. “How the system works, what your vote as a citizen does.”

He isn’t sure what career path he wants to take, but the skills he learned at Boys State will remain with him, Brown said.

“I know that the things that I have learned at Boys State will help me accomplish whatever I endeavor to succeed in,” he said.

He wasn’t sure what to expect when he came to Austin and started the week program but his nerves quickly turned to excitement, Vargas said.

“It was actually really amazing,” he said. “I really connected with the people that I met.”

Among what he took away from the trip was listening to different beliefs, Vargas said.

“It’s one of those things that it helps me just understand other viewpoints and learn to accept them,” he said. “I’m hoping it will let me be more accepting.”

He’s appreciative of the experiences gained and the chance to be around a prestigious group, Williams said.

“I’m just glad I got to do it,” he said. “It was the opportunity of a lifetime. Not a lot of boys get to do this.”

What he took away from the trip is the opinion that peers need to be more willing to step into leadership roles as they step into the workforce, Williams said.

“It’s really important to our society that we have strong leaders and people who can do the hard work,” he said. “Putting others before yourself.”