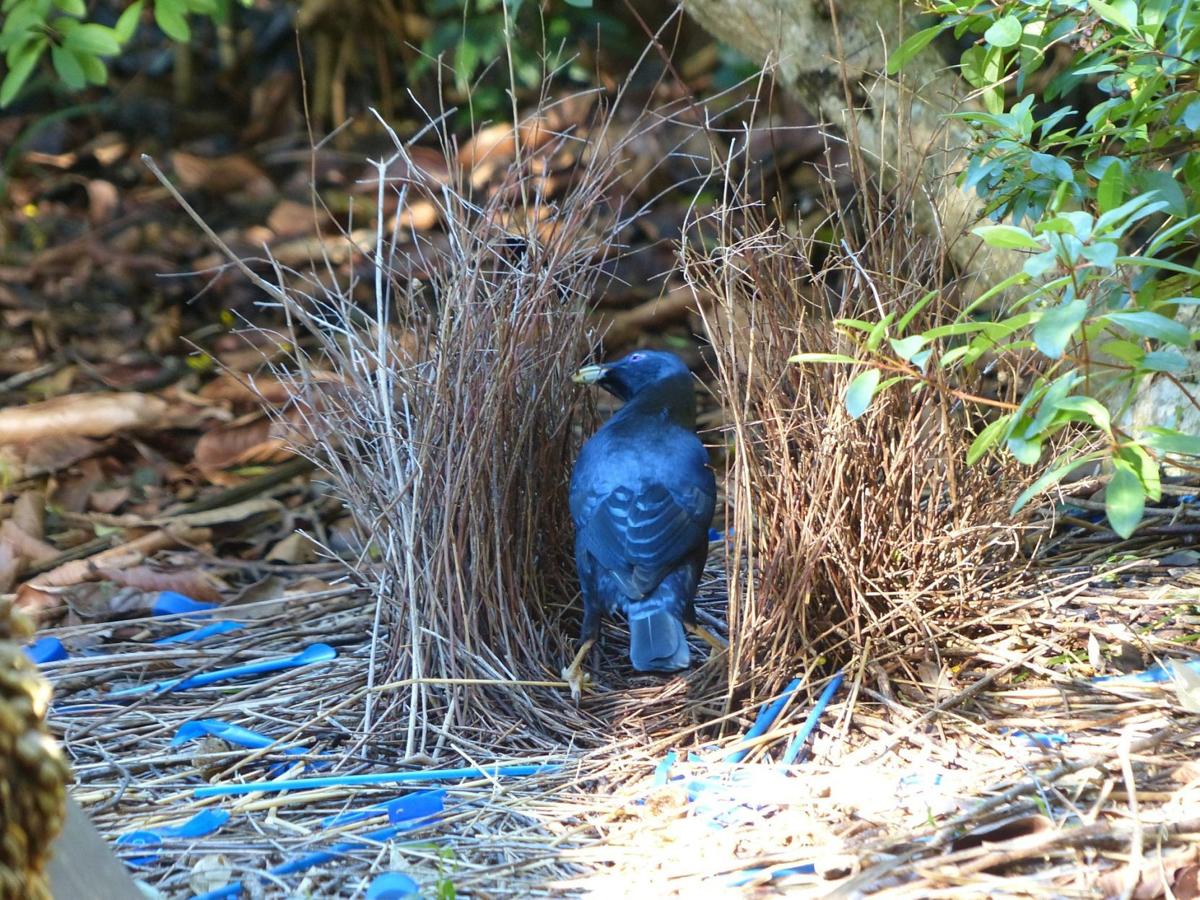 A satin bowerbird weaves his bower in Eastern Australia.

A satin bowerbird weaves his bower in Eastern Australia.

In many species of birds, the males are far showier than the females. Males of some species might possess colorful plumage or exaggerated physical features to catch a female’s eye, while males of other species may perform elaborate mating dances to wow potential mates.

There is one group of birds, however, whose males have a rather odd method of capturing the attention of passing females. These impressive birds, found in parts of New Guinea and Australia, are called bowerbirds. They get their name from the unique structures called bowers that males create to impress their female counterparts.

Sarah Belles is a biology intern at the Gulf Coast Bird Observatory, a non-profit organization dedicated to saving the birds and their habitats along the entire Gulf Coast and beyond into their Central and South America wintering grounds.