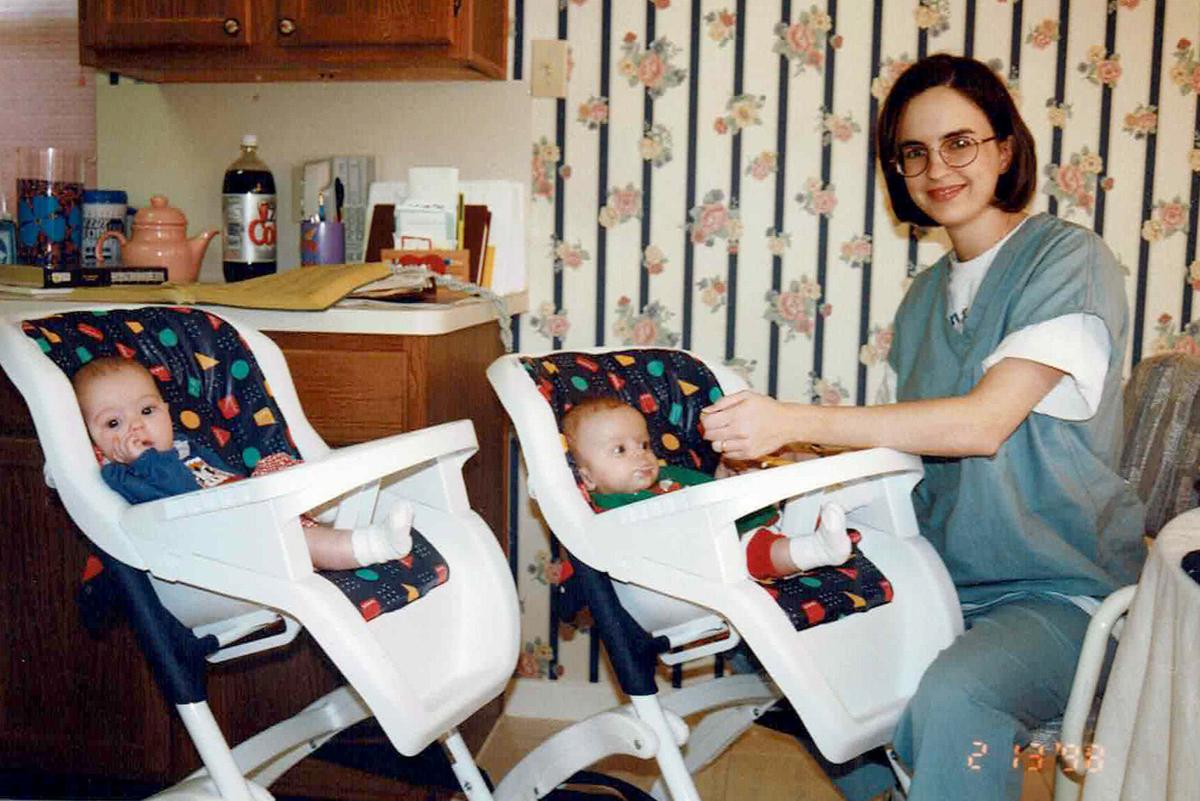 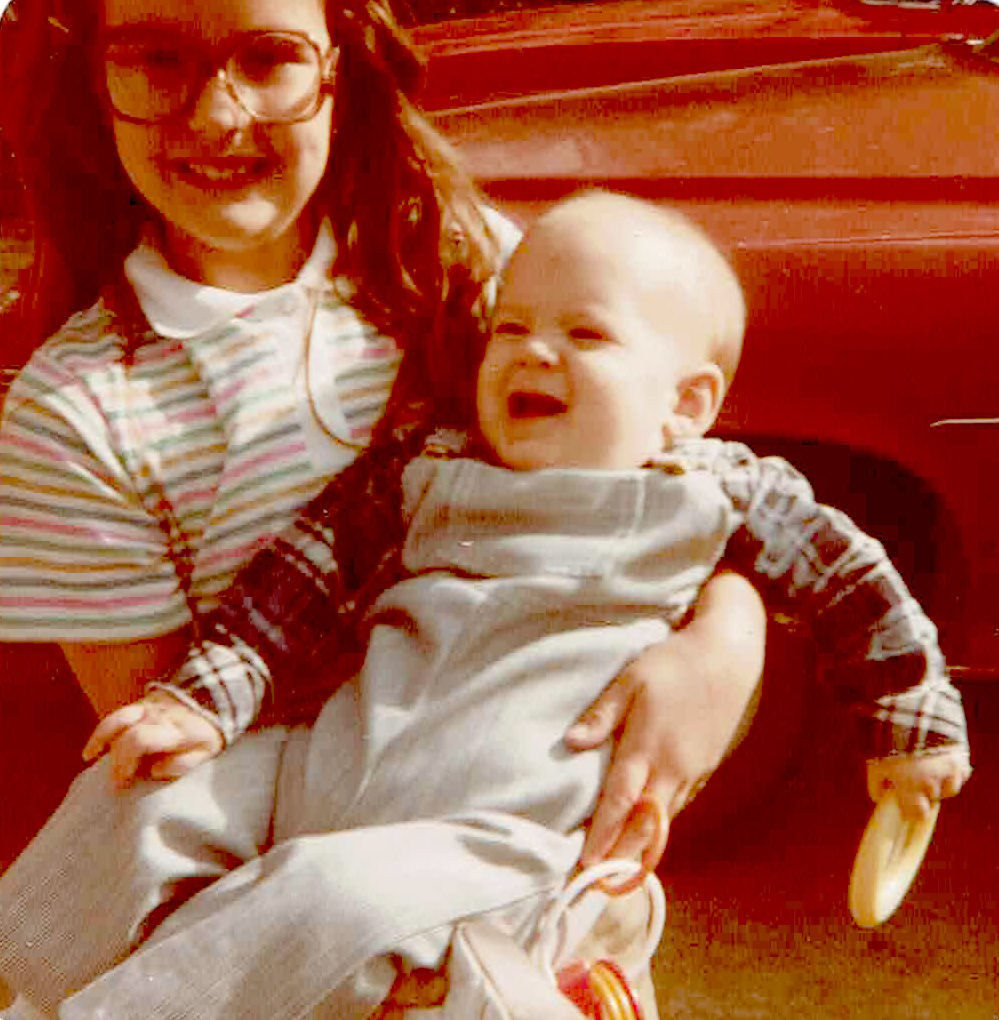 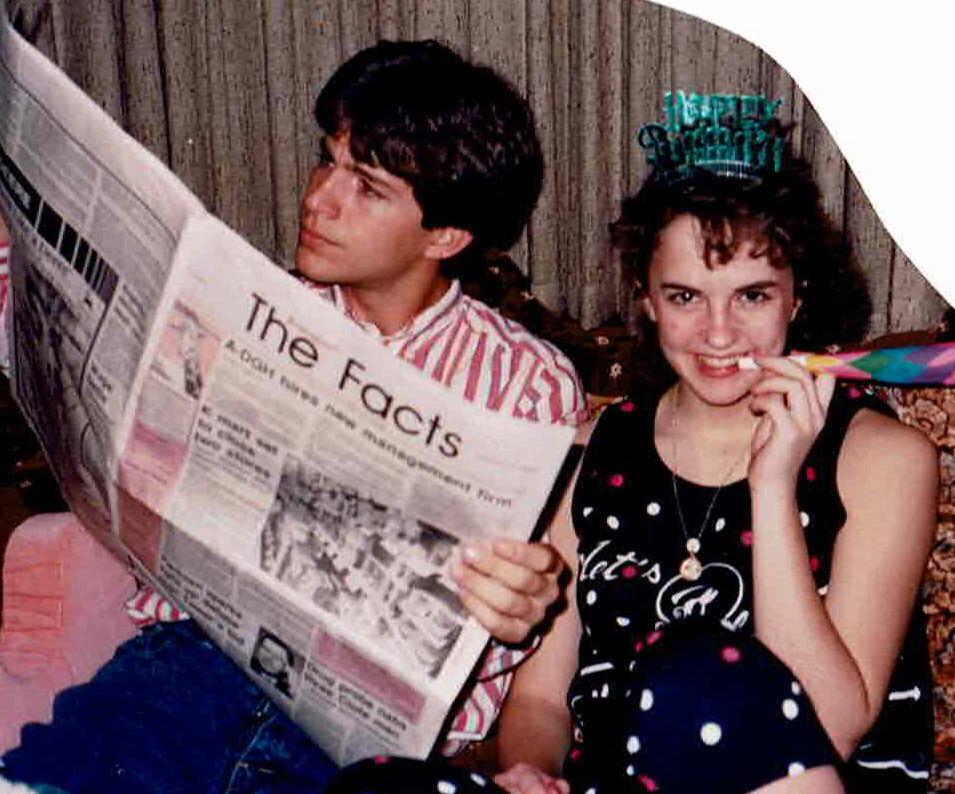 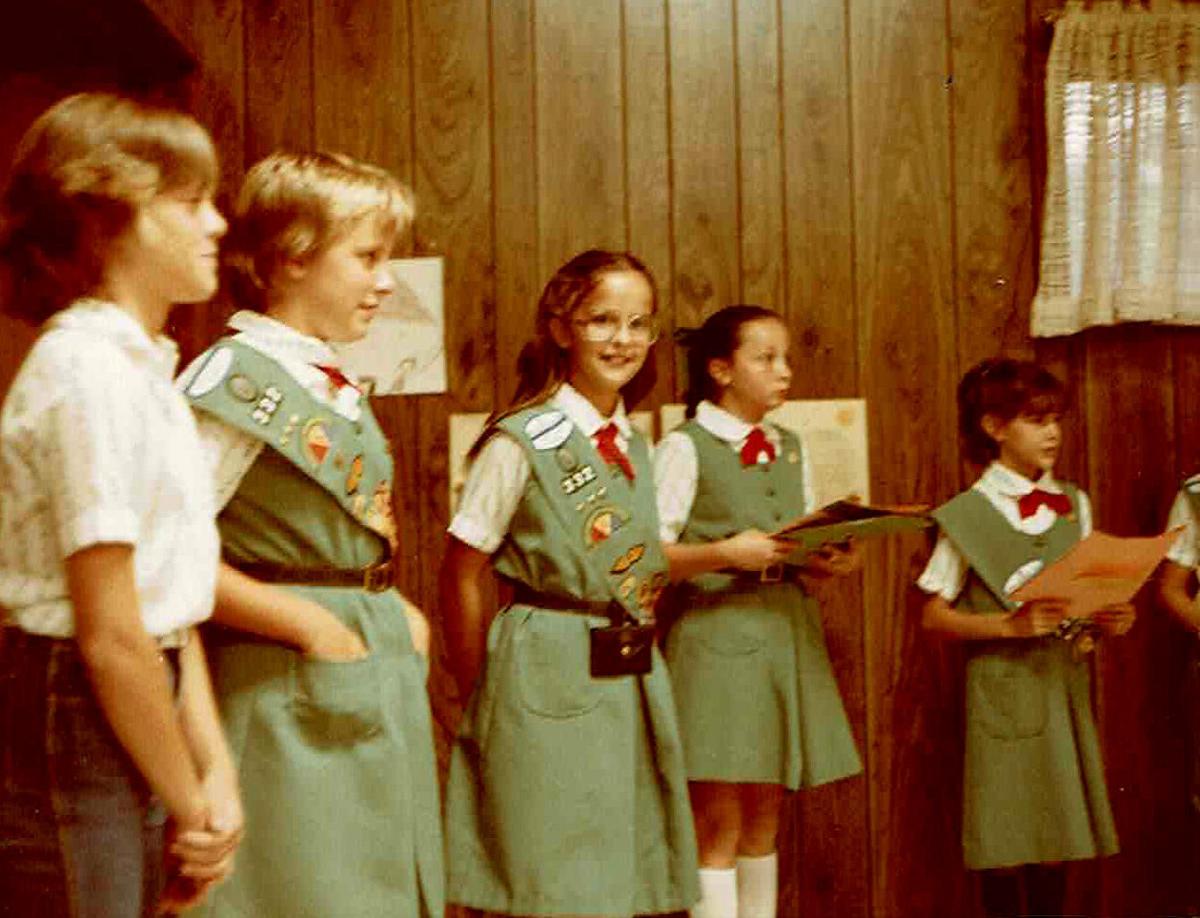 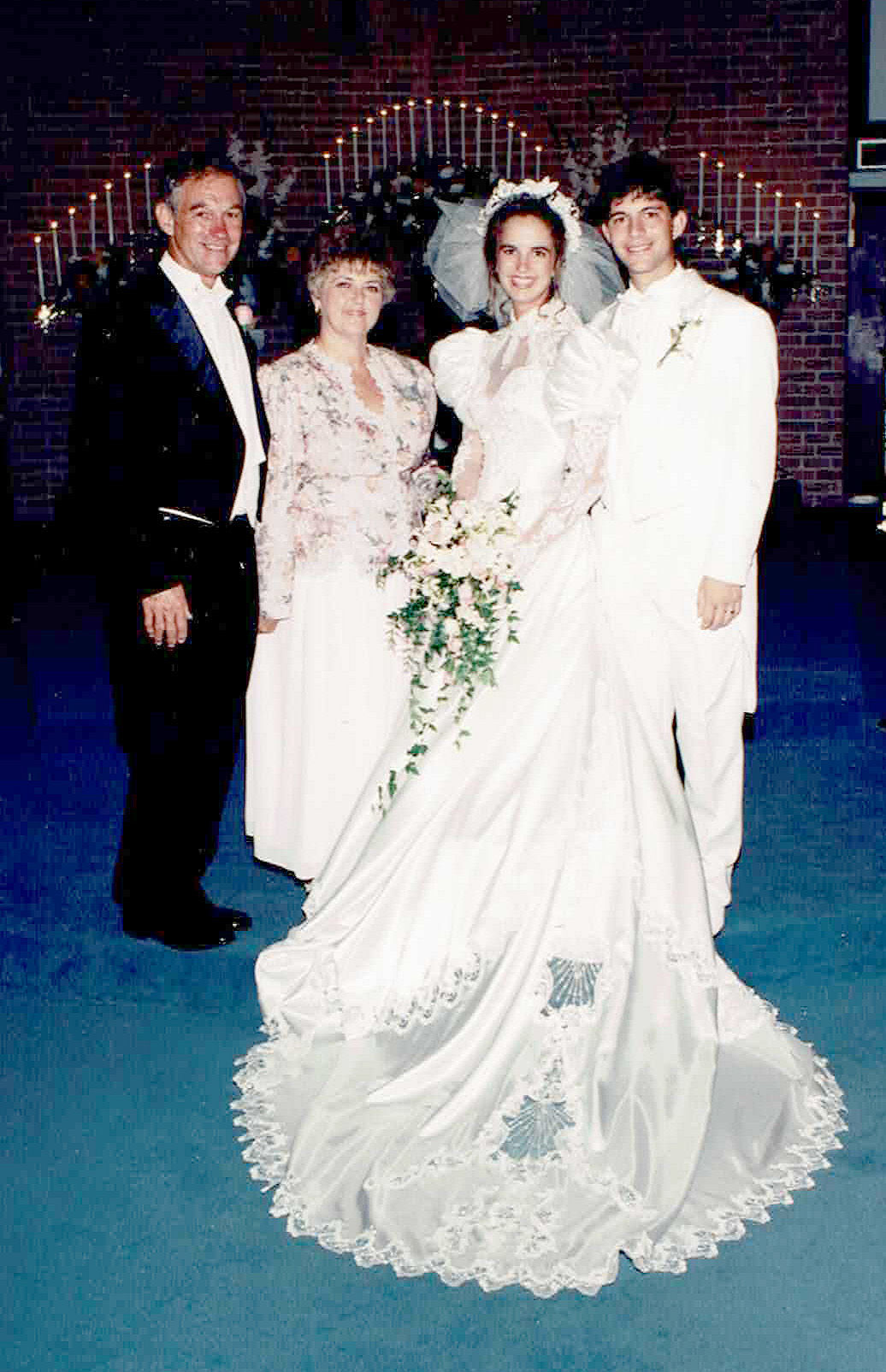 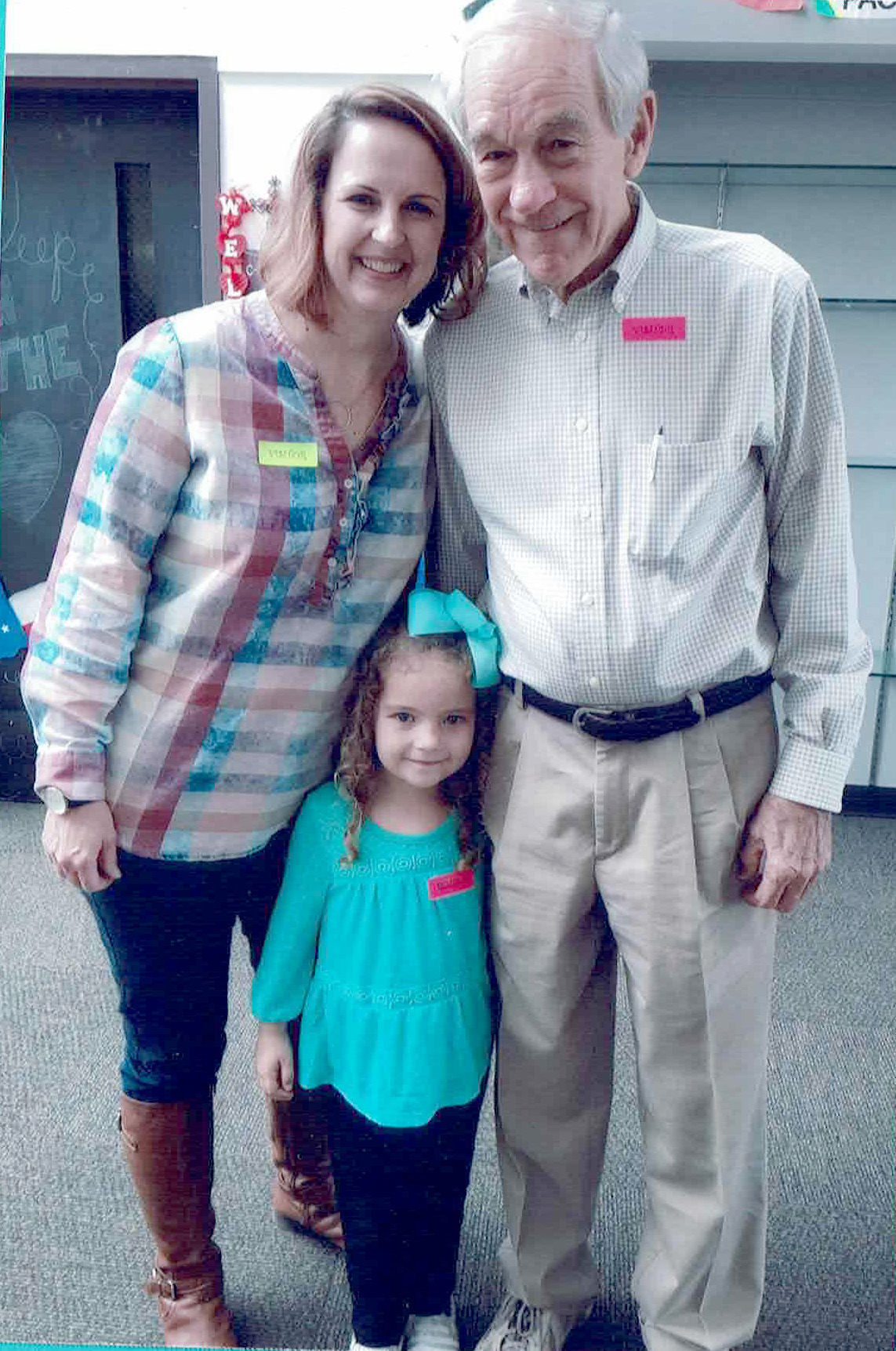 When my parents moved to Lake Jackson in July 1968, there was only one blinking yellow light in town. While driving into town in their station wagon, loaded down with four kids and all their belongings, they saw the bright lights of Dow Chemical and thought they were in a big city! That’s the story I’ve always heard. I was born four years later.

My dad was fresh out of his medical residency in 1968 and he searched for a small town in Texas that needed an obstetrician/gynecologist. He wanted a family friendly town to raise his young children. Mom and Dad were from Pittsburgh, Pennsylvania, and had fallen in love with Texas when my dad was stationed with the Air Force in San Antonio in the mid-1960s. He assured my mom that Lake Jackson was the perfect place for their family.

Dad “hung out his sign” and started delivering babies. In 1972, I arrived as the only native Texan and the youngest member of the Paul family. I was born in Freeport Community Hospital amidst one of Dad’s busiest years of delivering babies. I often joke that he probably delivered half of my Brazoswood class of 1990.

I actually don’t remember too much from the days when he was delivering babies because in 1976, when I was 4, he ran for U.S. Congress and won. Life went on for me as usual in our small town. Mom stayed home with us because Dad had no intention of us relocating to Washington, D.C. He picked Lake Jackson because that is where he wanted us to grow up!

He would leave for D.C. on Monday afternoons and return on Fridays. He always wanted to come home to stay grounded with the people of his district, and especially his family.

So life went on in Lake Jackson for me. Mom held down the fort and we lived and loved the small-town life. I met my best friend Susie during the first week of kindergarten. We played soccer and softball and danced and took piano lessons. Mom was the model Girl Scout leader. She wrangled my friends in Troop 332 each week for six years.

We grew up in that small town, involved in anything and everything going on. We rode our bikes to school every day — forming a little pack as we met at my house in the mornings.

Being the youngest in my family had some great perks. I was the flower girl at age 5 for big sister Lori and an aunt at age 8. She made me feel special by helping her with her babies as more joined the family! I changed diapers, played with them, rocked them and sang to them. I babysat and took them to the movies. And when Lori had her fourth baby during the spring of my senior year, she allowed me to attend her delivery. This made a huge impact on me at 18 that I, No. 1, wanted to be a mom, and No. 2, I wanted to deliver babies like my dad!

In the summer of 1988, I met the love of my life when I was 16. Andy LeBlanc was a local kid like me, but he was from Jones Creek and went to Brazosport High School. We met on a school trip that summer, and we never looked back. To the surprise of many friends and adults, Andy proposed the day before my high school graduation. A year later we were married!

I’m not sure if we knew what we were getting into then, but 29 years later, we couldn’t be happier. We went through college together, then medical school for me and graduate school for him. He was a Dow scholarship student and worked for Dow for 25 years. He is now the CFO of ALTIVIA, based in Houston. He is a hard worker, totally committed, adventurous and an excellent encourager!

It is so important to have an encourager in your life. Many times along the way, when I wanted to quit, he was supportive and encouraging. From having twins in medical school, to toddlers in residency, then starting private practice, Andy was and is my biggest fan. Often during a 36-hour shift in residency, he would drive through Luby’s to grab dinner and bring the twins to the hospital to let me put their pajamas on and feed them. Then he would take them back home and put them in bed.

We now have six kids ranging from 8 to 23, and we live in Friendswood, just up the road. I always struggle to balance the crazy, unpredictable life of an OB/GYN doctor with the roles I love of wife and mother. Delivering babies over the last 18 years has been amazing and a privilege. During my dad’s campaigns we always said that he had delivered more than 4,000 babies. This year, I passed that same 4,000 mark, just like my dad.

People ask me how I do it all. Without hesitation I tell them that it is one day at a time and by the grace of God. I have always felt that I am called to be a physician, and more specifically an obstetrician. Seeing new life and the joy of handing a baby to a mom still brings tears to my eyes. My faith carries me through the ups and downs of long days.

I am so glad my parents chose to live in Lake Jackson.

Yvonne Mintz is managing editor of The Facts. Contact her at 979-237-0144 or yvonne.mintz@thefacts.com.

This editorial was written by Yvonne Mintz, managing editor of The Facts.

Yvonne Mintz is editor and publisher of The Facts. She has worked at the paper since 1997, first as a reporter, then as senior reporter and city editor before becoming managing editor in 2004.