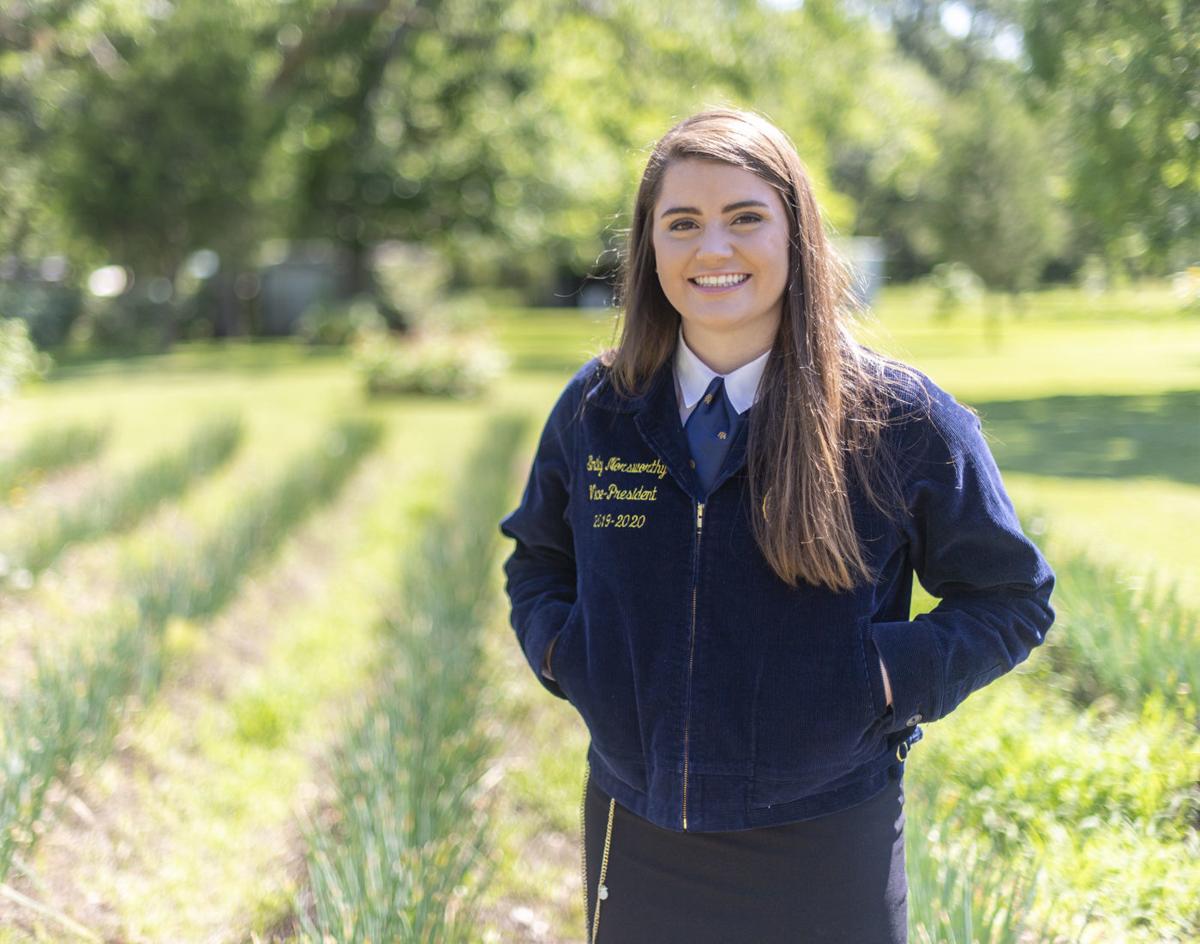 Sweeny High senior Emily Norsworthy took over her grandfather’s onion-growing hobby after his death in 2014 and used what she grew for FFA projects. 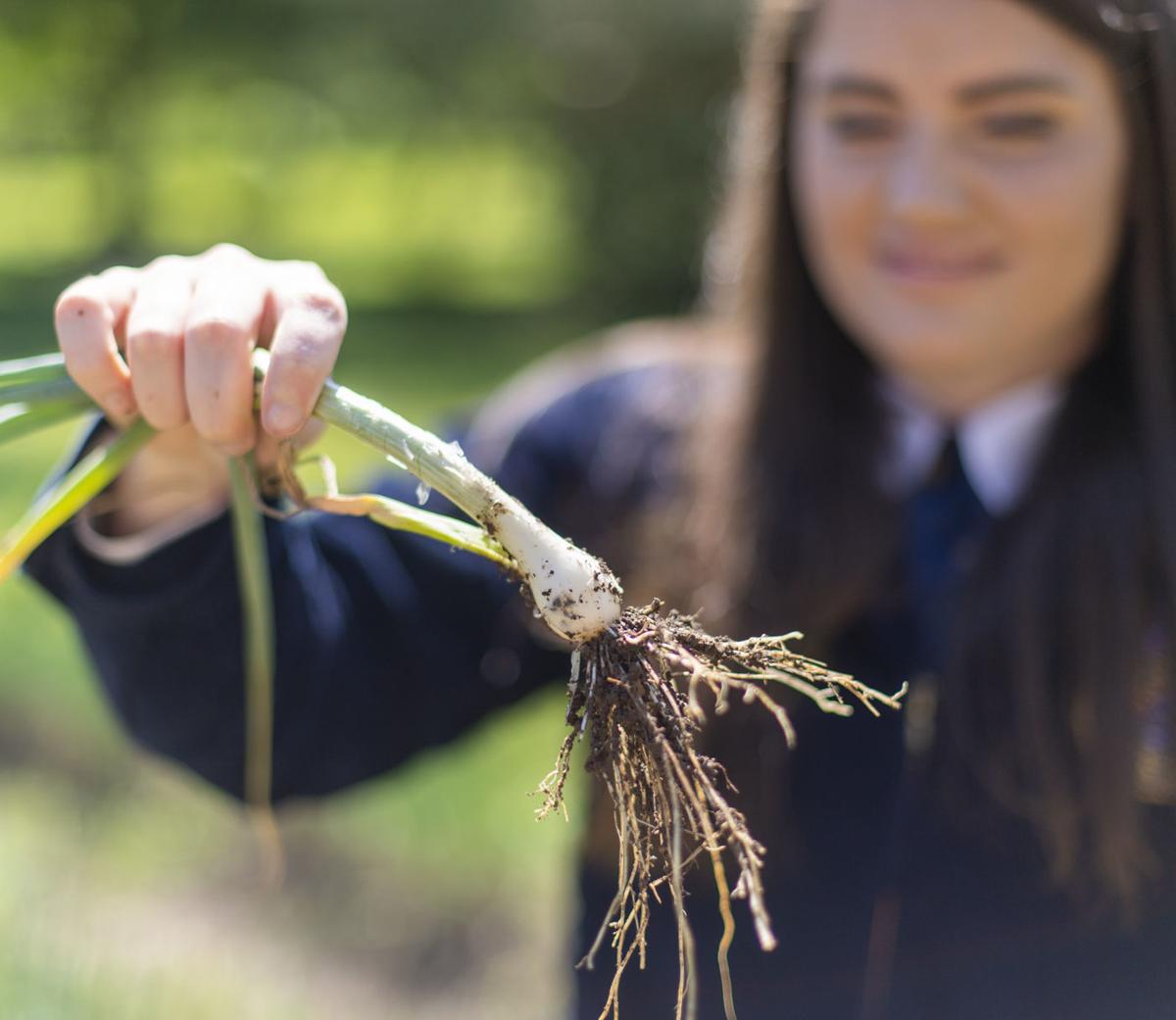 Emily Norsworthy grows multiplying green onions, which she sells to Reifel’s Feed & Ranch Supply in Brazoria during the summer.

Sweeny High senior Emily Norsworthy took over her grandfather’s onion-growing hobby after his death in 2014 and used what she grew for FFA projects.

Emily Norsworthy grows multiplying green onions, which she sells to Reifel’s Feed & Ranch Supply in Brazoria during the summer.

SWEENY — Even if Emily Norsworthy hadn’t received $5,500 in scholarship money, she would be grateful. That it came as a reward for her hard work makes it even better.

Through community support and fundraising, Sweeny FFA Alumni were able to give away $28,750 in scholarship money to seven graduating seniors this year.

A four-year member of Sweeny FFA, Norsworthy has been very involved, as a chapter president for two years and as the vice president for Area 3, which involves traveling to educate younger students about FFA and the agricultural industry, she said.

“We haven’t had one of those in 8 years,” Norsworthy said of being an Area 3 officer. “I also serve Texas FFA as a nominating committee member, so I feel like I really put Sweeny on the map.”

Norsworthy considers herself a nontraditional FFA member because she’s never shown an animal, but remains active through building agriculture mechanical projects for the county fair, she said. She’s built a garden table, a picnic table, and a rocking bench, she said. She also grows Multiplying green onions, which she sells to Reifel’s Feed & Ranch Supply in Brazoria during the summer, she said.

“Other than that, I focus on the leadership and speaking developments,” Norsworthy said.

Such involvement played a large part in earning her a scholarship, as scholarship recipients must be an active FFA member for a minimum of two years, FFA Alumni President Susan Alford said.

“Our scholarship committee has an entire rubric they use to grade everybody,” she said.

The scholarships are exciting for everyone, Sweeny ISD Superintendent Tory Hill said.

“The current pandemic has not impacted this organization’s commitment to the students,” Hill said.

For Norsworthy, the money will make a big difference toward her education at Sam Houston State University.

“I plan to major in plant and soil sciences, and minor in environmental sciences,” she said. “I just have a passion for natural resources.”

Fellow scholarship recipient Ellie Mayfield will benefit from the $1,500 that she received.

“My parents are older, so being able to pay for my own college would be amazing,” Mayfield said.

She will attend Texas State University to study agribusiness, and hopes to one day open a barbecue restaurant and dance hall in Sweeny for people her age.

“There used to be the Armadillo that closed down, so I’m planning — or hopefully planning — to bring something like that back around here, local,” Mayfield said.

Her passion for barbecuing comes from being part of the Sweeny FFA barbecue team, she said.

“It’s changed my life completely, to the point of I barbecue all the time,” Mayfield said. “As soon as I started it was an instant love.”

“At the end, everybody’s happy and they love it,” she said.

FFA had such a positive impact on both Norsworthy and Mayfield, and helped them grow as individuals, they said.

“I didn’t do FFA for one year throughout my high school career,” Mayfield said. “Then I got back into FFA, and I just blossomed. It changes you as a person.”