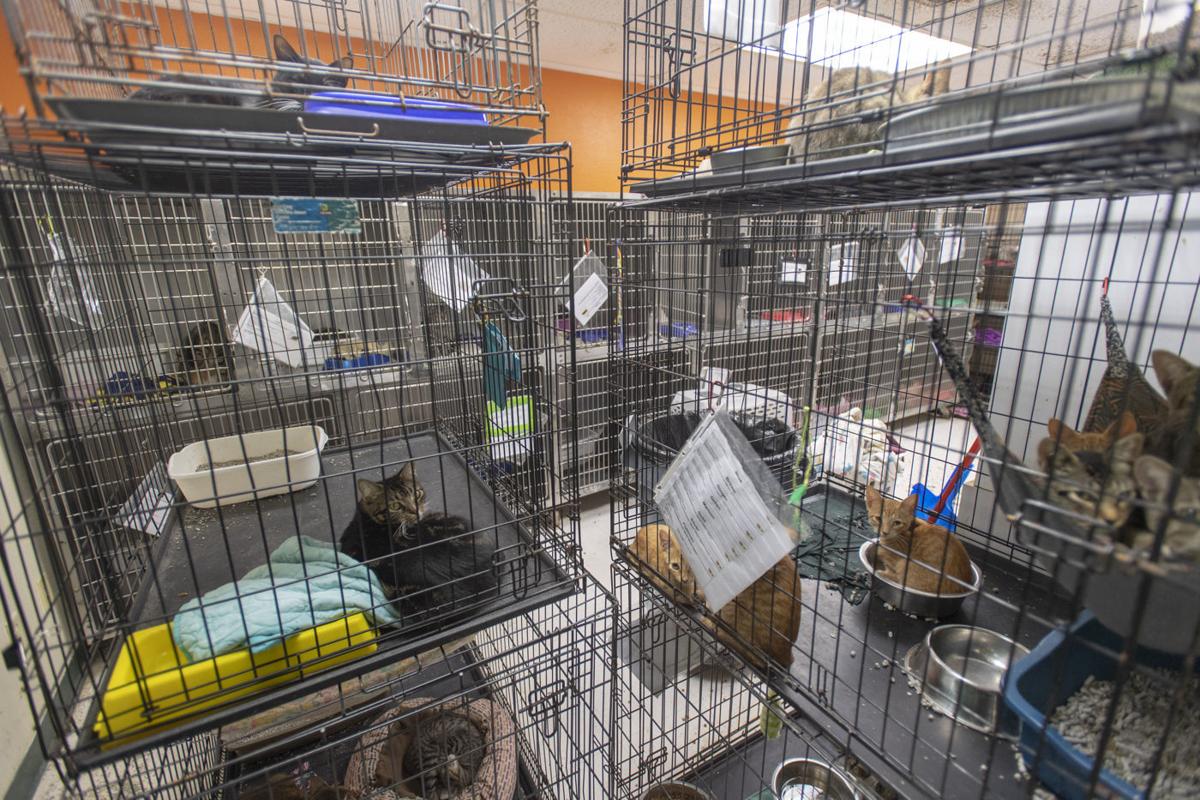 Rooms in the SPCA-run Southern Brazoria County Animal Shelter in Lake Jackson overflow with cages full of cats in August. 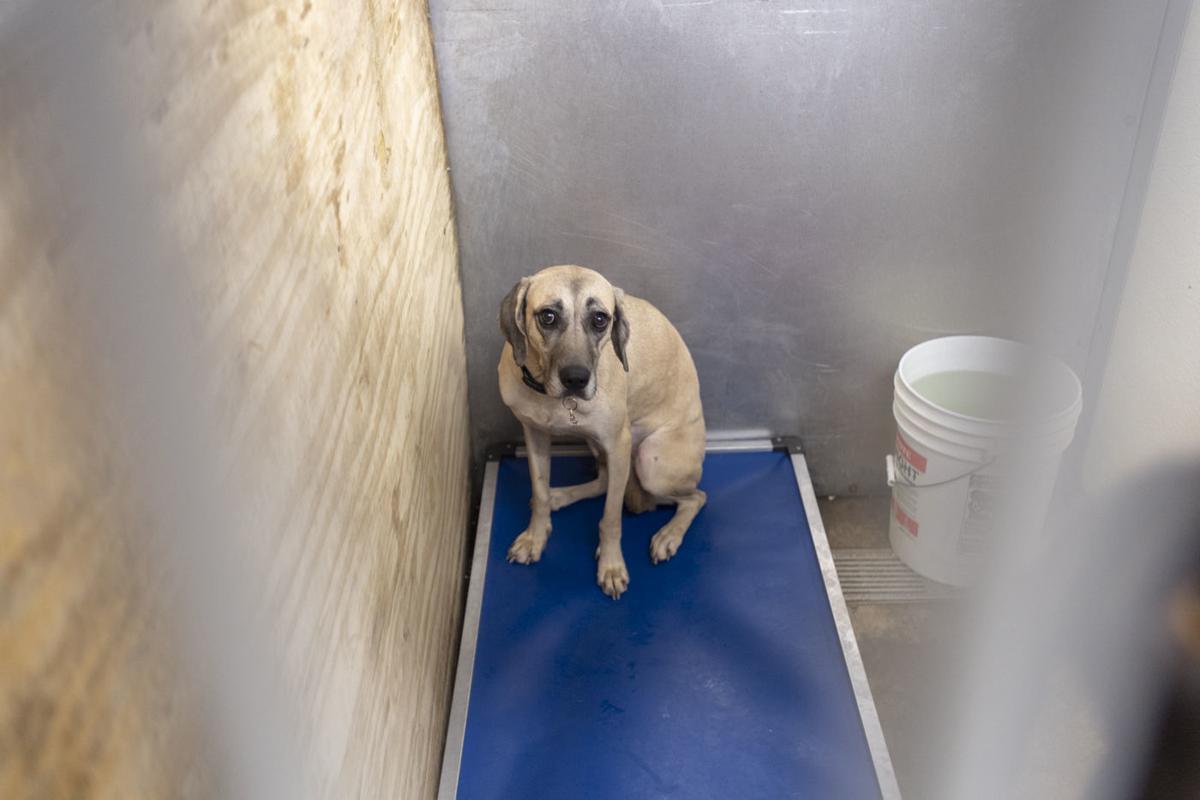 Ayanna sits in a cage Thursday at the Southern Brazoria County Animal Shelter waiting to find a home.

Rooms in the SPCA-run Southern Brazoria County Animal Shelter in Lake Jackson overflow with cages full of cats in August.

Ayanna sits in a cage Thursday at the Southern Brazoria County Animal Shelter waiting to find a home.

When the Southern Brazoria County Animal Shelter in Lake Jackson opened in August 2003, 20 animals — 12 cats and eight dogs — took up residence on its first day. Officials expected the “state-of-the-art facility” created jointly by the SPCA and cities of Lake Jackson, Freeport and Clute to be able to accommodate the animal control needs in the region.

The animal count Thursday afternoon, however, stood at more than 400 animals — 287 cats and 137 dogs. The crates designed to accommodate picked-up strays and abandoned pets became insufficient years ago, and animal crates now line hallways, and fill offices and storage closets.

It is an untenable situation that is obvious to anyone with all their senses — the overwhelming odor, the sight of cages stacked like sale items at a warehouse store and the incessant whimpering and barking from the overcrowded tenants.

Part of the reason for the issue is the SPCA’s decision several years ago to adopt a no-kill policy. When the shelter opened, animals were moved through in 10 days, through adoption, reassignment to other facilities or euthanasia. The first two options, combined with a dereliction among animal owners to spay, neuter and microchip, have proved insufficient at maintaining a reasonable shelter population.

Area residents can help on the adoption end today with the annual Clear the Shelter event, where adoption fees are waived for an animal already altered and microchipped. The normal application process still applies to ensure the animals end up in good homes.

Other activities will take place at the shelter at 141 Canna Lane, which will be open for adoptions from 9 a.m. to 7 p.m., including dog baths, a dunking booth, face painting and a supply drive. Those activities will serve as a fundraiser for the SPCA.

The Mad Cattery Adoption and Event Center at 101 N. Parking Place in Lake Jackson will offer adoptions from 10 a.m. to 6 p.m. and is also accepting supply donations.

SPCA officials are hoping they can exceed the usual 50 adoptions they see on Clear the Shelter Day. Consider that even if they double that number, that still leaves more than three-quarters of its available animals behind in the shelter.

Brazoria County has an animal population problem that cannot be solved through a single adoption day, but it can make a dent in it. Whether looking to add a furry member to the family or coming out to support the care of shelter animals — including low-cost spaying and neutering — a trip to the Southern Brazoria County Animal Shelter today will help the animals and community.

This editorial was written by Michael Morris, managing editor of The Facts.

The SPCA of Brazoria County is offering free adoptions today as part of the nationwide Clear the Shelter Day.

Submit a Letter to the Editor